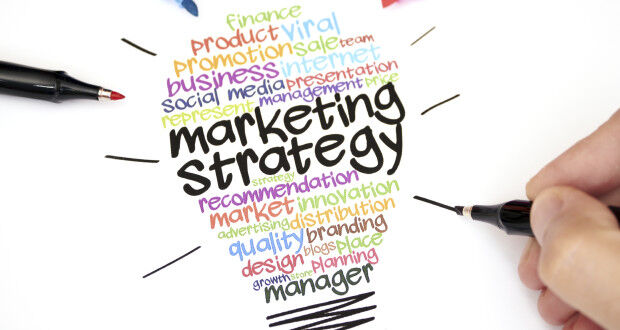 Strong relationships with journalists in the midst of the pandemic are more important than ever, and yes, in order to get your story told your pitch must still be brief and relevant.

A new survey of 150 business and tech journalists, including freelancers and bloggers conducted by Touchdown PR and provided to PRNEWs reveals that while COVID-19 changed certain tactics, many of the media relations basics remain. And the economic crunch on the media has been exacerbated by the coronavirus.

Nearly one quarter of journalists surveyed (18 percent) said they had to find other sources of income last year. Nearly 25 percent lost work during 2020 owing to the pandemic. The same percentage, 25 percent, were required to reduce their rates. More than half (65 percent) reported working longer hours.

Working from home wasn’t too difficult; nearly half the journalists surveyed were doing so before the pandemic. Of those who were not, 25 percent found it a challenging adjustment.

Still, things were relatively stable for the overwhelming majority (75 percent), who saw no income change or received an increase.

Fortunately, 47 percent spoke to a friend, family member or counselor about issues.

It’s no surprise the survey found attending events, interacting with colleagues and meeting new contacts were the things journalists miss the most.

What they missed least included commuting, working in an office and drinking office coffee.

Pitches in the midst of the pandemic are getting harder! Twenty-three percent said they answer PR pros’ phone calls less than they did before the coronavirus hit. Nearly half (46 percent) preferred not to receive phone pitches.

Regarding content, journalists were split evenly on writing about COVID-19: 52 percent were ready to continue offering pandemic-related articles, while the rest (48 percent) were either slightly or very fed up covering the issue.

The survey shows one thing hasn’t changed: journalists want brief pitches that are relevant to their beats and readers’ interests.

PR folks be aware – journalists cited awkward formats and poor moderators as main complaints about virtual briefings and events. The content on video calls also took a hit, with criticisms that included “dull” and “not always relevant and to the point” to companies “think everything that they announce is worth a video call. Ugh,” according to the survey.

Journalists also objected to having too many people on these calls, which make them seem impersonal. Other tips: don’t block the chat function and avoid scheduling video calls after 5 p.m.

The favoriting of Zoom was a surprise to Touchdown PR CEO James Carter. "We’re all familiar with... ‘Zoom fatigue,’ but when it comes to briefing a journalist, brands would do well to offer the most popular video platform as an option,” he told PRNEWS.

Journalists are Zooming often. Nearly three-quarters (72 percent) report participating in Zoom calls regularly. Half (51 percent) said they are on video conference calls every week, with 15 percent doing them daily.

That’s not to say journalists necessarily enjoy video calls, though slightly more than half (56 percent) said they’re happy to keep using them. Asked for their top three complaints about them, they listed: length (they are too long), volume (there are too many) and fatigue (they’re more taxing than phone calls).

Some journalists, the survey said, feel self-conscious in front of the camera during a call. In addition, it’s exhausting, they said, to have one’s ‘game face’ on while talking and listening to others; taking notes and multitasking with the camera on is an issue too.

ALWAYS DO A SOLID JOB

The survey asked about the nicest thing a PR pro had done for journalists in 2020. Answers included small gifts and other personal touches (chocolates, wine, cards and meals for virtual lunch briefings).

The most-appreciated thing PR pros can provide is to do a solid job of informing the public. Calling with important news, keeping pitches brief, being helpful and minding deadlines were most appreciated.

The survey was launched late last year to content creators in 16 countries, including the U.S., UK, Canada, Russia, Japan, France, Singapore and Australia.

Marketers and ad execs are jumping on the latest social trend – the invite-only audio app Clubhouse – to promo their expertise and build brands.

Brand leaders across the globe are joining the app to lead often-spontaneous talks on everything from the Super Bowl 5-second Reddit ad to best practices on social tracking, content marketing and productivity hacks, often using LinkedIn to announce their plans. Along with using the app as a megaphone for their skills, communicators are strategizing ways their brands can benefit from the Clubhouse hype.

It’s no surprise marketers are being drawn to Clubhouse. The app, described by some as the “newest form of social media,” merges the expertise aspect of LinkedIn with the appeal of podcasts. The app, still in beta for iOS only, is all audio—there are no photos, comments or live videos where a participant might have to explains something.

The idea is that people can come together to network or glean insights from leaders in the industry like they would at a business happy hour, minus the work attire. Users can either host their own talks or join “rooms” and listen in on live talks. Although there’s no ability to message users directly, there’s a room group chat feature and the option to join “clubs” – groups of people who are interested in the same topics. The free app does not show ads.

Here are tips from PRNews on how to leverage Clubhouse:

Clubhouse will force companies to boost brand ambassador and evangelist training and programs.

In the end, good branding is about storytelling. And what better way to tell a story than with your voice? Clubhouse is a good way to amplify!