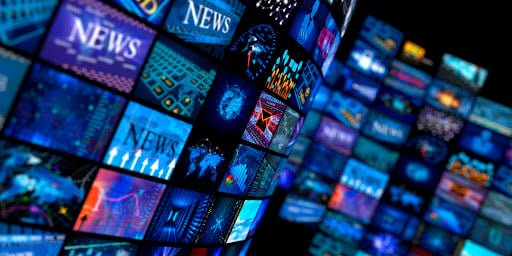 As we shift into high gear into 2021 – and put 2020 in the rear view – there is seismic digital change on the horizon in the wake of an unprecedented year that saw a global pandemic and political chaos that shook us to our core.

Lockdowns, riots and storming of the U.S. Capitol feel like an endless movie that has trapped us in a catatonic trance. It’s time to exit the theater back into reality.

While many of us crave a return to “normal,” the reality is likely to be different as we emerge warily into a world where the physical and virtual coexist in new ways.

This will also be a year of economic reshaping, with publishers leaning into subscription and e-commerce – two future-facing business models that have been supercharged by the pandemic. While uncertainty has boosted audiences for journalism almost everywhere, those publishers that continue to depend on print revenues or digital advertising face a difficult year – with further consolidation, cost cutting, and closures.

For giant tech platforms, the pandemic has forced a rethink on where the limits of free speech should lie. With lives at stake, and under threat of regulation, expect a more interventionist approach on harmful and unreliable content and greater prominence for trusted news brands – along with greater financial support. By year end, journalism could be a bit more separated from the mass of information that is published on the internet.

New technologies like artificial intelligence (AI) will also drive greater efficiency and automation across many industries including publishing this year. But as AI moves out of research and into real-life application, we can expect more heated debate about its impact on society – about the pace of change, about transparency and fairness. The Reuters Institute for the Study of Journalism recently conducted a survey of the top editors, C-Suite leaders and digital executives to predict trends for 2021 and beyond. Here are the key findings:

How do media leaders view the year ahead?

according to our survey, compared with just 26% for top leadership.

The most obvious shift in journalistic practice has been the forced adoption of remote working practices, using online collaboration tools like Zoom, Microsoft Teams, Slack and other platforms. Many previously resistant journalists found they liked the new flexibility, while news outlets found it was possible to create newspapers, websites, and even radio and TV news, from bedrooms, living rooms, and kitchens.

The biggest stories of the year, including the police killing of George Floyd and the drawn-out, nail-biting U.S. election results, were coordinated and packaged using online tools.

But while efficiency may have improved, newsroom leaders worry about the impact on creativity, at a time when long hours and the increased complexity of production have added to pressures on staff.

In the midst of change, us communicators will pivot, adapt and embrace the technologies and digital platforms that will help reach broader audiences for a better tomorrow!