Gov. Tate Reeves postdated a letter nominating former state Sen. Nancy Collins of Tupelo to a seat on the Mississippi State Board of Education. 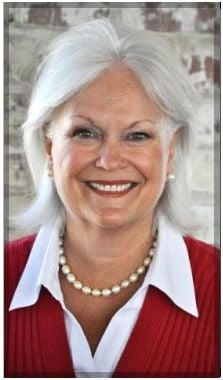 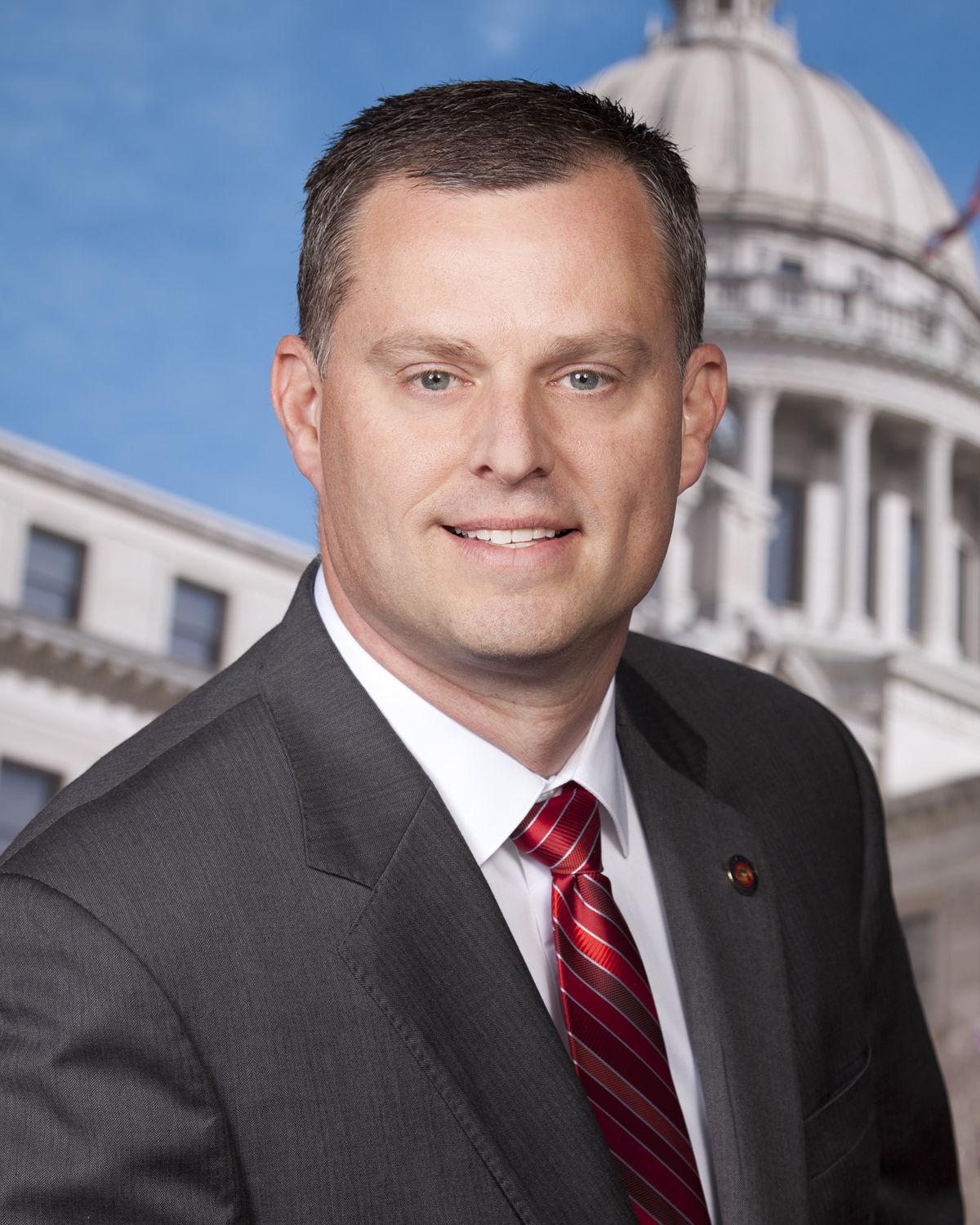 Gov. Tate Reeves postdated a letter nominating former state Sen. Nancy Collins of Tupelo to a seat on the Mississippi State Board of Education.

JACKSON • In one of his last official acts as lieutenant governor, now-Gov. Tate Reeves announced he was appointing former state Sen. Nancy Collins of Tupelo to a coveted seat on the Mississippi State Board of Education.

Mississippi Today obtained a letter Reeves sent to Collins informing her of the appointment dated July 1, 2019. But Collins said she did not know of the appointment until about the time Reeves announced it publicly on Jan. 3, 2020.

The discrepancy around when the appointment was made raises the question of whether Reeves, whom pro-public education groups opposed during the heated 2019 gubernatorial campaign, delayed announcing the controversial appointment for political reasons.

“The letter was backdated to the time that the vacancy occurred and transmitted after the election,” said Reeves’ spokesperson, Renae Eze. “We announced the appointment after the campaign so the people of Mississippi could trust that it was made in good faith.”

The appointment sets up a potentially dramatic vote for state senators who sit on the Senate Education Committee, whose members will vote on whether to confirm Reeves’ nomination.

In January, Reeves’ decision met with scorn from some public education supporters, who opposed Collins when she was in the state Senate and have long opposed Reeves. Collins, who was a key Reeves ally during her five years in the Senate, became a top adversary of public education advocacy groups after she sponsored voucher-like legislation.

After Reeves announced her appointment this year, one public education advocacy group began encouraging its members to call state senators and ask them to vote against Collins when her confirmation hearing comes before the committee in coming weeks.

Since the letter was dated July 2019, Collins technically could have begun serving as early as last summer before being confirmed by the committee this spring.

“I am very honored to be asked to serve on the Board,” Collins said, adding she did not know of any conflict surrounding her appointment. She said she had been received warmly by members of the Department of Education, which is overseen by the state board.

In July 2019, the same month that Reeves dated Collins’ appointment letter, Collins appeared in a campaign television advertisement for Reeves that aired across the state.

Besides the delay in Collins taking the seat, the nomination is unique in that the lieutenant governor made it as he left office. It is common for the Senate to decline taking up nominations of the outgoing officeholder, instead leaving the nominations to the new officeholder. Reeves will also have another opportunity to make a nomination to the Board of Education later this year as governor.

The nine-member board is appointed by state officials. The governor appoints five positions: one school administrator, one teacher, and one individual from the state’s North, Central, South Supreme Court districts, respectively. The lieutenant governor and speaker each get two at-large representatives, meaning they have no residential or occupational requirements on who to choose. The board appoints the state superintendent, who serves as the board secretary, and two student representatives who also serve on the board as non-voting members. Members serve nine-year terms.

The board meets monthly to discuss policy and adopt rules for the Mississippi Department of Education and the state’s public schools. Collins attended the Jan. 16 board meeting for the first time as a board member. She replaced Charles McClelland, whose term expired in July 2019. That seat is one that’s appointed by the lieutenant governor.

Mississippi Today spoke with all 15 members of the Senate Education Committee to ask how they might vote during her confirmation hearing.

Of the 15 members, just one – Sen. John Polk, R-Hattiesburg – definitively said he would vote to confirm Collins.

“Nancy Collins and I served together. We’re good friends,” Polk said. “She’s very competent, and I’m glad to see her appointed to the board.”

Most of the members are non-committal about how they will vote on the nomination.

“As far as Nancy, I served with her in the Senate,” said Sen. Brice Wiggins, R-Pascagoula. “She is a good person with a lot of good ideas so I certainly understand the governor’s appointment. We will see what happens when her nomination comes up.”

Sen. Chad McMahan, R-Guntown, a committee member who defeated Collins in 2015, said Reeves “extended me the courtesy of calling me in advance of the appointment. I made several recommendations, but he opted for his choice.”

“We will get to that later in the session,” Bryan said. “… I know there are nominations that will come up, but I have not been keeping up with them yet.”

“I have had other things on my plate,” said Doty, while Boyd said she would evaluate the nomination later.

Sen. David Blount, D-Jackson, said he had no comment.

Several senators on the committee acknowledged the vote would be controversial or said they were researching Collins’ past in efforts to determine her commitment to public education.

“Normally I like to give deference to the governor on appointments, but I’ll be looking closely at everything before the hearing,” said Sen. Briggs Hopson, R-Vicksburg.

No members of the committee said they would vote against Collins in the confirmation hearing, which will likely take place near the end of the legislative session.

Some Democrats who spoke with Mississippi Today said they wanted to hear from her directly rather than make a decision solely based on her actions as a state legislator.

“I haven’t written her off just because of her history,” said Sen. Sollie Norwood, D-Jackson. “I want to hear what she has to say about public education. That’s what’s important to me.”

“It’s about if they can do the job – I have no malice against her,” Jordan said. “If they support public education then they have my vote.”

Lt. Gov. Delbert Hosemann, whose staff worked during the 2019 campaign to establish relationships with several public education advocacy groups, has remained mum publicly on the hearing. Leah Smith, Hosemann’s deputy chief of staff, told Mississippi Today this week: “We are going to let the Education Committee work through the process.”

While she was always a Reeves supporter as a senator, Collins also drew the ire of many public educators. She was the author of the controversial Education Scholarship Account legislation that provided public funds for a limited number of special needs children to attend private schools. The program has been criticized for multiple reasons, including the charge by a legislative oversight committee of a lack of oversight of the program.

In addition, Collins briefly proposed legislation to the dismay of public retirees, including teachers, that would have frozen for a period of time their annual cost of living adjustment. She opted not to file the legislation after the outcry from retirees.

Collins was defeated in a 2015 re-election campaign by McMahan.

“I think that when we consider whether or not someone is a good fit for an appointment, the very best evidence we have is to look at that person’s history, good or bad,” said Nancy Loome, executive director of The Parent’s Campaign, a public school advocacy support group. “And based upon her past actions and in a position where she had a real responsibility to taxpayers, I think we have reason to be concerned.”

Although unlikely, the Senate Education Committee could refuse to consider the appointment altogether. If the committee votes to reject Collins’ nomination, Hosemann would likely get to appoint the new board member instead of Reeves.

The post Reeves, in his final days as lieutenant governor, backdated letter to put ally on state education board appeared first on Mississippi Today.