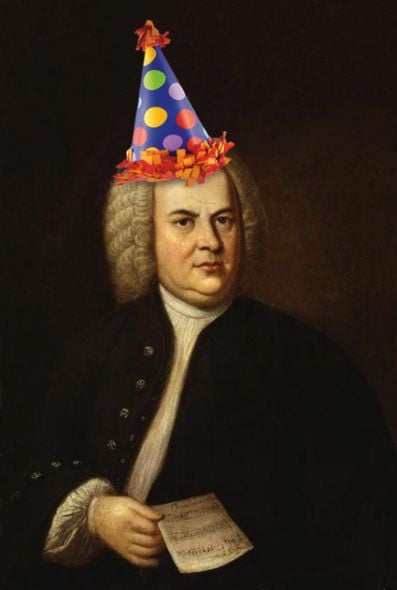 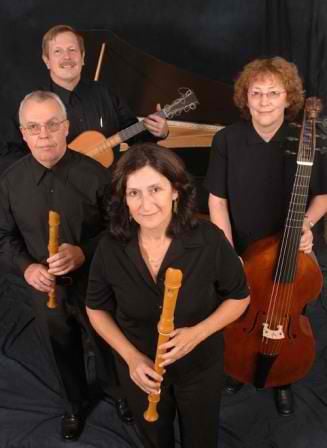 The Mockingbird Early Music Ensemble is made up of (left to right) Ron Vernon, Warren Steel, Irene Kaufmann and Susan Marchant. The group uses period-accurate instruments to keep alive musical traditions of centuries past.

The Mockingbird Early Music Ensemble is made up of (left to right) Ron Vernon, Warren Steel, Irene Kaufmann and Susan Marchant. The group uses period-accurate instruments to keep alive musical traditions of centuries past.

Mockingbird Early Music Ensemble will be participating in the Bach on the Subways next week where they will celebrate the work of Joanne Sebastian Bach, on of the most revered composers in history.

This is the third year Mockingbird has participated in Bach in the Subways. The movement was started by Dale Henderson, a New York City cellist, a few years ago. He was looking for a way to expose more people to classical music and give them an intimate encounter with the work of one of music’s greatest composers.

On March 21, 2011 in celebration of Bach’s 326th birthday, Henderson met up with two other musicians and they played Bach in the NYC subways. The next year, 13 different musicians across the city joined in. Then in 2013 their numbers grew to 40. Musicians in other U.S. cities and Montreal joined in that year. This got the attention of media outlets across the world and soon Bach in the Subways was an international phenomenon.

Now, on March 21 every year, thousands of musicians around the world pour into subways, parks, public squares and wherever else they can find an audience.

“At heart, Bach in the Subways is an invitation,” says the movement’s website. “It’s an invitation for musicians to connect with their audience in an unusually pure and open way. It’s an invitation to the audience, most importantly to the multitudes who would otherwise never encounter live classical music, to experience the magic of an art form which is cloistered away from the mainstream for reasons having nothing to do with the pure experience of musician and audience.”

No subway is required to participate in the project. Musicians just have be in public performing the music of Bach. There can be no financial compensation for the shows and they can never be used to promote any religious or political ideologies.

“The founder of the project I guess found our website and put us on their email blast for it,” said Susan Marchant, one of the founders and performers in I thought ‘Aha! This is exactly the kind of music we do!’ and it’s really good advertising for Oxford too. We’re listed on their website as one of the many performers from around the world. We thought it would be something easy and fun to do.”

Four people make up the Mockingbird Early Music Ensemble, and they play some pretty unusual instruments. Using recorders, viole da gamba, harp, baroque guitar, psaltery, crumhorn and harpsichord, the ensemble plays music created before 1750 with period-accurate instruments to do so.

The group was started in 2003 out of a love for this music, and its members’, mostly music faculty retried from the University of Mississippi, dedication to keeping it alive.

Bach on the Subways here in Oxford lines up with the 25th annual Oxford Conference for the Book, so Mockingbird will be taking the stage there at Off Square Books at 4 p.m. on March 21, just before the first event for the conference.

On March 25, the Mockingbird Early Music Ensemble will be participating in a Celebration of Spring in Music and Poetry held at Paris Yates Chapel at 3 p.m. The performance is a celebration of the spring equinox, Bach and the Baha’i New Year. This performance is free and open to everyone in the community.

For more information about Bach in the Subways or Mockingbird Early Music Ensemble, visit www.bachinthesubways.org and www.mockingbirdensemble.org.

From Mississippi to the Promised Land: Great Migration creates ties between Mississippi and Illinois

OUR OPINION: Lawmakers should expand Medicaid or voters likely will

JOHN ROSEMOND: Hurrah for parents who did right thing