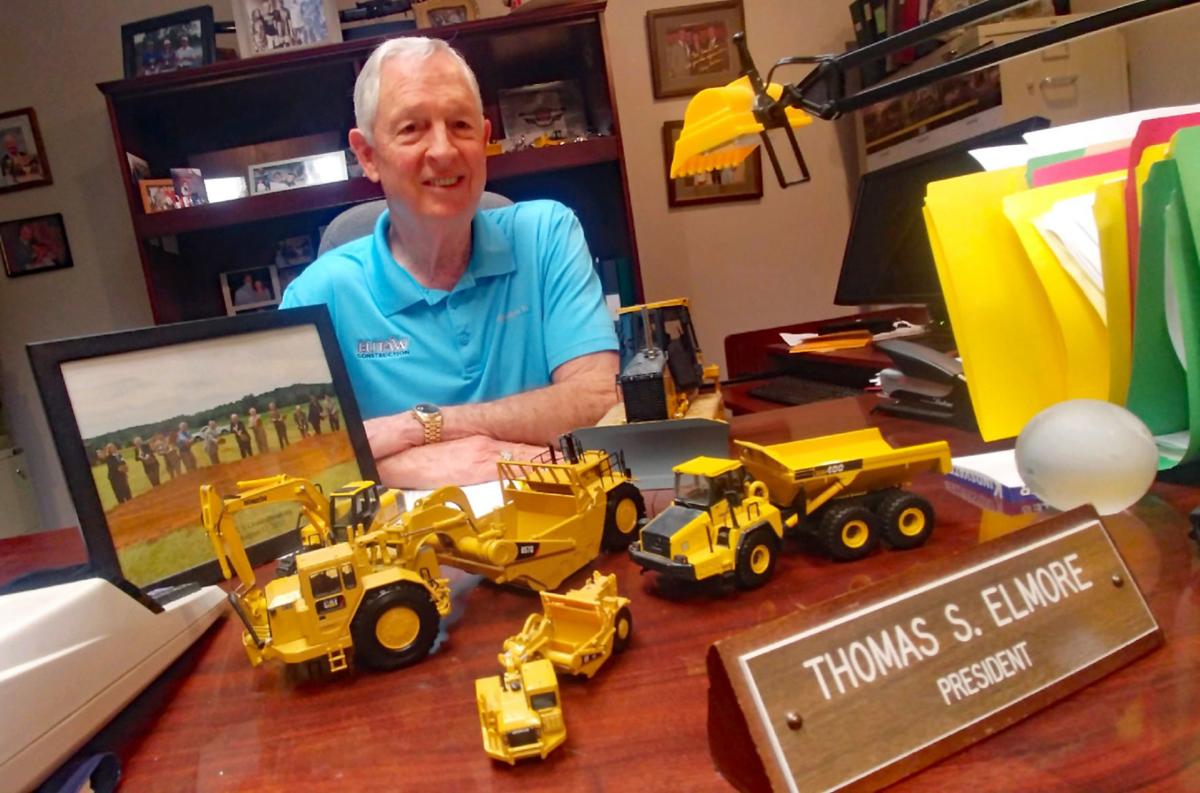 Eutaw Construction President Tom Elmore came to Aberdeen with Granite Construction when the Tennessee-Tombigbee Waterway was being built but decided to stay and begin his own business venture. Last week, it celebrated its 40th anniversary. 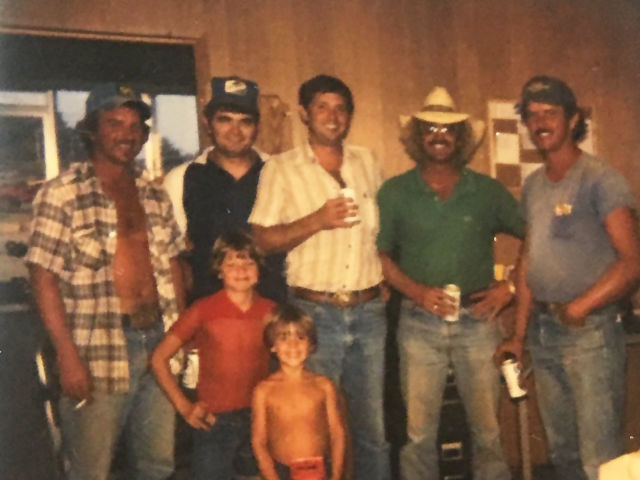 The original employees of Eutaw Construction are pictured in the early ‘80s.

Eutaw Construction President Tom Elmore came to Aberdeen with Granite Construction when the Tennessee-Tombigbee Waterway was being built but decided to stay and begin his own business venture. Last week, it celebrated its 40th anniversary.

The original employees of Eutaw Construction are pictured in the early ‘80s.

ABERDEEN – From six employees and a used Chevy El Camino when it began on March 3, 1980 to 435 employees and more than a thousand pieces of equipment now, Eutaw Construction has grown exponentially.

In the 40 years the company has grown, so has the southeast. With several projects such as facets of Canton’s Nissan plant and an ongoing housing boom in metro-Nashville, Eutaw Construction is helping the region grow.

“I never knew we’d be this successful,” said company president and founder Tom Elmore. “I give the credit of our success to our people, our employees. A lot of people said before that there’s no qualified labor in Monroe County, but several of our key people are from Monroe County.”

The very first project was the removal of condemned houses in Aberdeen, back when Eutaw couldn’t be bonded for more than $50,000. That was a $15,000 contract. Now, it has offices in Aberdeen, Petal, Madison and Franklin, Tennessee, and its list of upcoming projects includes a $201M runway construction at Memphis International Airport.

It has done various types of work to help develop local industries including Yokohama, SeverCorr, Toyota and some of its tier one suppliers. Eutaw has been doing grading work for the new Toyota/Mazda plant outside of Huntsville, Alabama, which has led to more city and state contracts in that area.

“Highway 9 was a big milestone for us at the Toyota plant in Blue Springs over to Highway 6 in Pontotoc,” he said. “Haley Barbour, our governor, wanted it done quickly. We had 400 acres of clearing and grubbing, 220,000 tons of asphalt, 11 bridges and all the drainage that goes with it. We finished that job in one year and 24 days. I know that was the quickest job in Mississippi and probably all over the southeast.”

The project was contracted to be completed in 18 months, with a $50,000 per day penalty for each day over the allotted time. Eutaw designed and built it in the 389 days it took.

Elmore first came to Aberdeen with Granite Construction as project manager while the Tennessee-Tombigbee Waterway was being built.

Elmore grew up in a small Kansas town, and the people of Aberdeen and the two towns’ similarities convinced him to relocate. Before coming to Aberdeen for work, he worked in Washington D.C. to help develop the city’s rapid transit system in the 1970s.

“At that time, Mississippi was trailing other states in roads and industry, so I thought there was a lot of opportunity. That’s the reason why I wanted to try it out,” he said. “The ’87 Highway Program was the best thing that ever happened to Mississippi. We would’ve never had Toyota, Nissan, SeverCorr, PACCAR, Yokohama Tire, General Tire in Jackson; we would’ve never had those big industries if we didn’t have the highways to support them and get materials in and out. Unfortunately, that was 35 years ago and, of course, the roads have deteriorated in that time. We need more roads if we want more industry.”

Through the 1987 Highway Program, the company did a good bit of subcontracting work for bridge contractors and ultimately constructed the four-lane bypass around Eupora, which was a $6.5M project.

“Our goals are to always get a project done on time or ahead of schedule, which we’ve been pretty successful at. You’ve got to make a profit to stay in business. You have to do quality work. You have to do your construction safely. You have to have a good reputation, which we do with major contractors we’ve worked for. Once you get that, you can negotiate more jobs,” Elmore said.

Upcoming contracts include airport jobs at Nashville and Knoxville’s international airports and a stretch of highway ultimately connecting I-22 to the Tennessee line.

Eutaw Construction has financially provided for several Monroe County families during its first 40 years, and several of its employees have remained with the company for numerous years.

“I saw a lot of potential here. They were hard workers. They were smart,” Elmore said, adding employees are his most proud accomplishments.

He is a believer of promoting people from within and encourages employees to train those below them as much as possible.

Bill Cox is the company’s executive vice president and he came on board 38 years ago.

“We recently, over the last six years, changed our company to an ESOP [Employee Stock Ownership Plan], which is an employee-owned company. The laborer in the field is as much of an owner as I am. I think that promotes compatibility with everybody. They understand what potential they have out ahead if we work together. Working together as a team is key,” Elmore said.

“For a company like this to survive, you can’t just stay in Monroe County or in Aberdeen. In this business, you either have to be willing to move away to do the work or do something else. In our type of work, the location dictates where you live,” Elmore said.

Approaching age 76 this year, Elmore doesn’t plan to retire from Eutaw, even though he works when he chooses to now.

“Hopefully this company will carry on for the next 140 years or more,” he said.