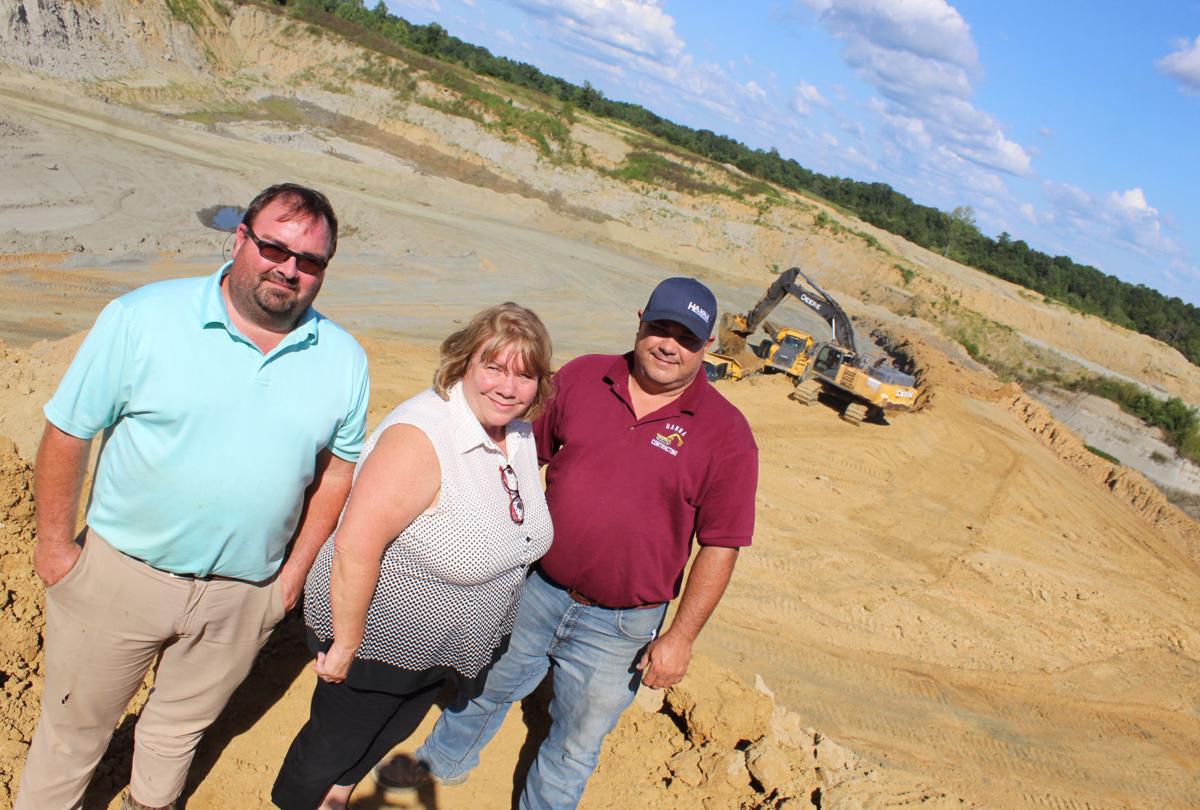 From left, Hanna Contracting chief officers Jimmy Hanna, Linda Pugh and John Hanna, Jr. are carrying on the business started by their father 50 years ago. Expanding to ownership of a bentonite mine 10 years ago, the sky’s the limit as the third generation of the family business is coming into play. 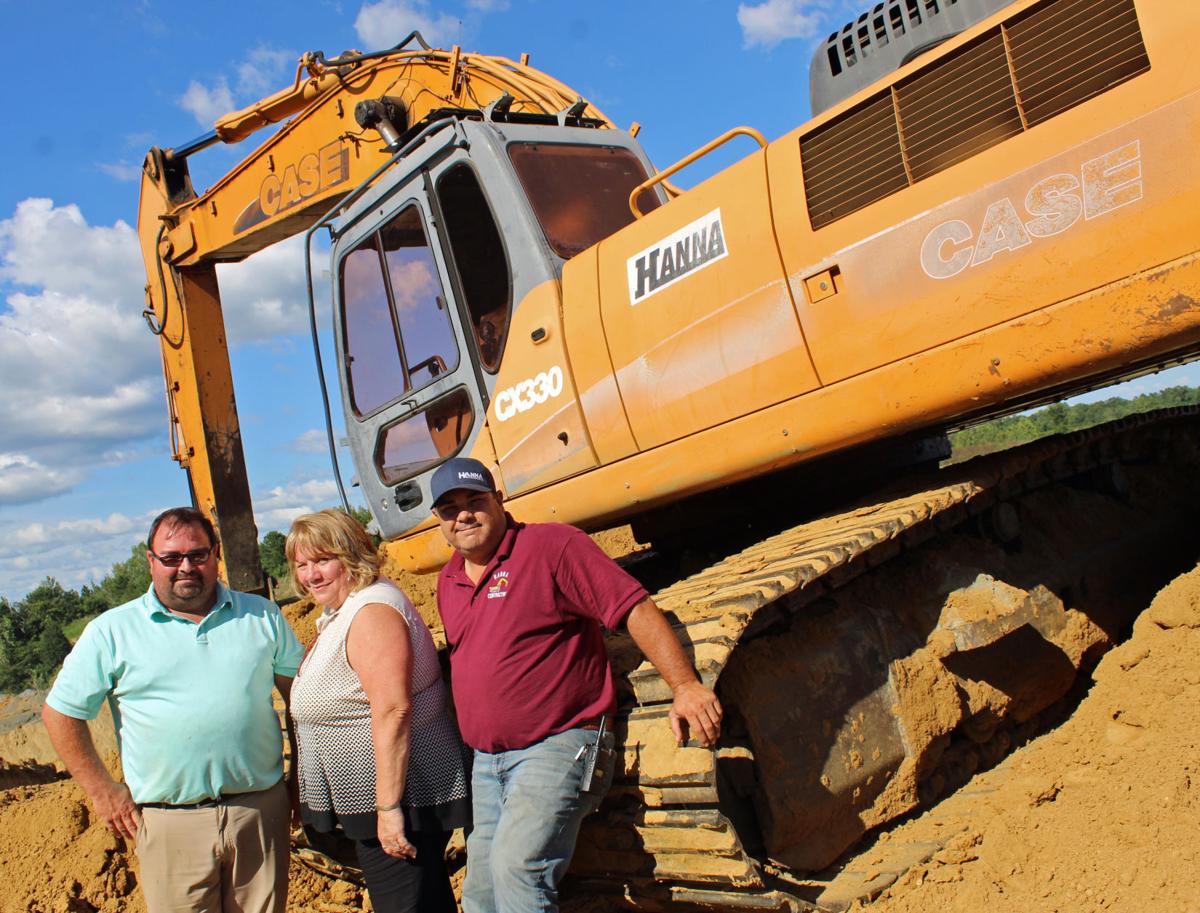 The siblings pose next to an excavator on the high side of the bentonite mine.

From left, Hanna Contracting chief officers Jimmy Hanna, Linda Pugh and John Hanna, Jr. are carrying on the business started by their father 50 years ago. Expanding to ownership of a bentonite mine 10 years ago, the sky’s the limit as the third generation of the family business is coming into play.

The siblings pose next to an excavator on the high side of the bentonite mine.

DARRACOTT – The late John Hanna, Sr. had plenty of sayings he passed along during his lifetime to his children and employees of Hanna Contracting stressing the importance of working hard for what you want in life.

“Can to can’t and daylight to dark.” “If you didn’t want to eat this ham sandwich, then you work more and go to McDonald’s and buy McDonald’s.” “No matter how bad it is today, you’re going to go to work tomorrow and make it better.” “You can bend but never break.” “You’ve got to be able to take a lick and keep going.” “You’ve got to make your licks count.”

After returning home from St. Louis in 1970, he started the company with a truck, trailer and a rubber tire backhoe. Fifty years later, his children, John, Jr.; Jimmy; and Linda Pugh, are running a business operating in a 60- to 70-mile radius with 15 employees, more than 20 pieces of equipment and a 700-plus acre bentonite mine.

Exactly just how many yards of dirt the company has moved in its 50 years is unknown.

Digging through the generations

Monroe County has a few businesses into at least their second generation. Just like the Hannas learned to work hard at a young age, the third generation is coming into play through Jimmy’s son, Thomas, who is 12, and John’s sons, Will, 15, and Michael, 18.

“My biggest memory is he’d take you somewhere and tell you what he wanted done and get in the truck and leave. He expected you to get it done. I was 12 and if you didn’t know a way to get it done, you figured it out.

“For the 60th anniversary, we still plan on being here kicking. For the 75th, the third generation will have to kick on in,” Pugh said.

John started working when he was 12, and Jimmy was 10. They both recalled being told to leave a job running 1,000 feet of sewer lines per day at True Temper.

“The job superintendent said we were too young,” John said, adding another time when they were young, they drove trucks while loading dirt for a project. “We weren’t in school two weeks and two grown men took our spots and totaled both trucks out. He said, ‘Y’all are fired. Twelve-year-olds can do better than that.’”

In addition to immediate family, their stepbrother, Chris Harmon, cousins and in-laws make up the majority of employees working for the company.

The range of jobs Hanna Contracting does ranges in cost from $300 to $3 million. In doing jobs, the Hannas try to recommend local contractors for jobs such as vinyl siding, concrete or construction to compliment their work. Additionally, they support local businesses for supplies needed to operate.

“It’s great that we’ve been in business for 50 years but we wouldn’t be where we’re at if it wasn’t for our customers,” Jimmy said. “If it wasn’t for Daddy, none of this would’ve happened.”