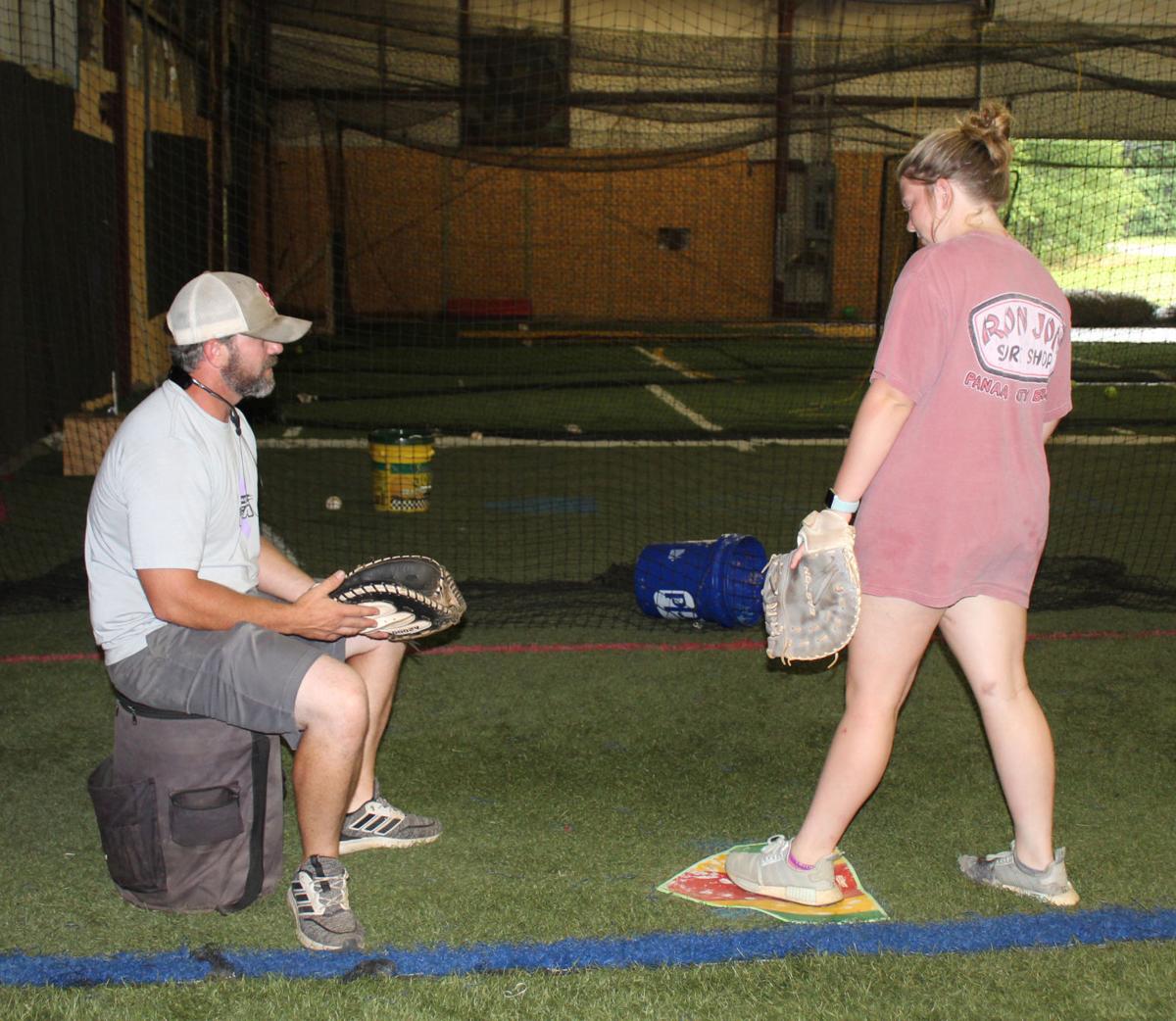 Hardnoxz owner Nick Carter throws with his daughter, Olivia. Carter started his business to help young softball players such as his daughter improve in skills such as pitching, hitting and fielding. 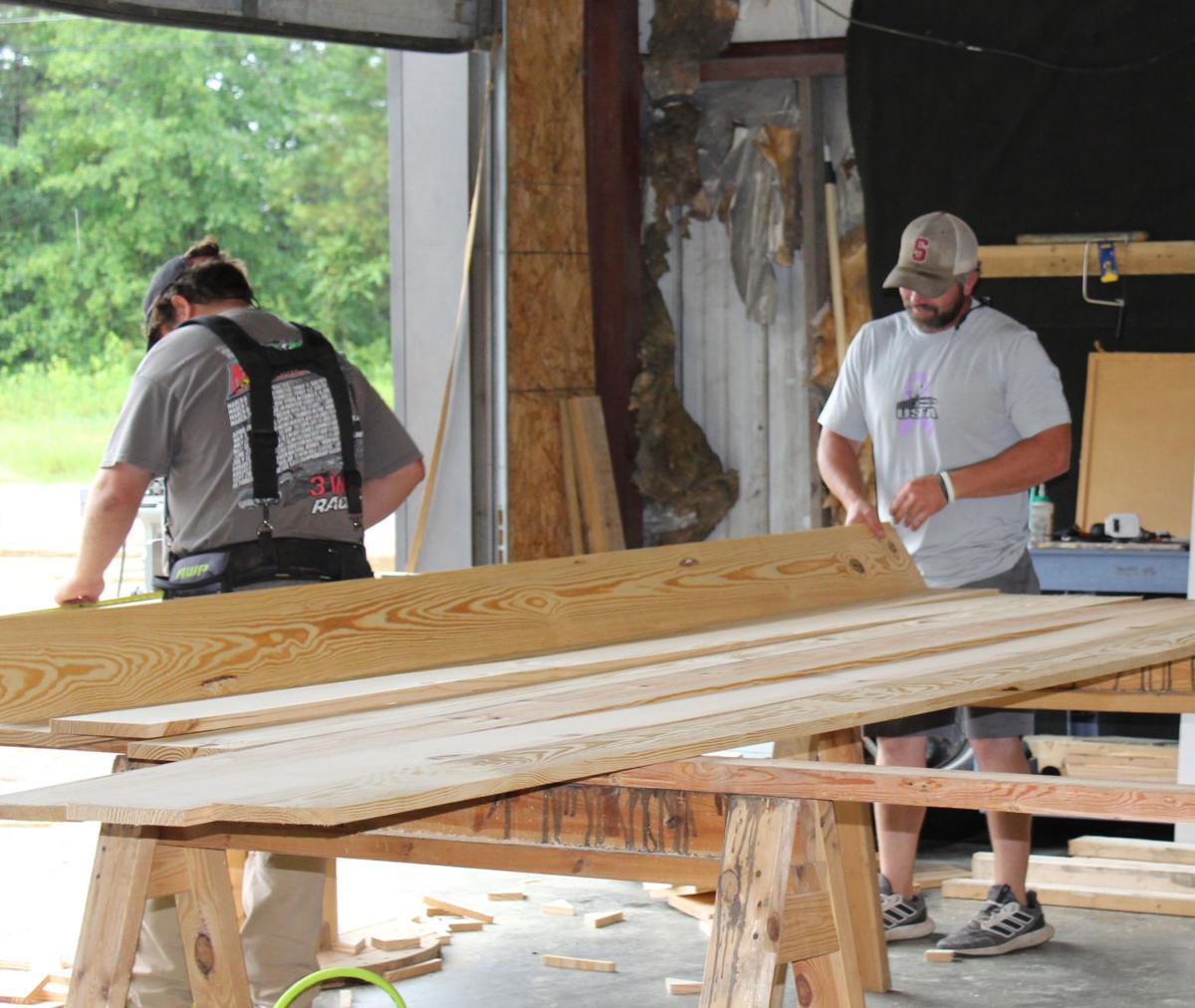 Carter, right, and Jeremy Flurry work on the construction side of Hardnoxz.

Hardnoxz owner Nick Carter throws with his daughter, Olivia. Carter started his business to help young softball players such as his daughter improve in skills such as pitching, hitting and fielding.

Carter, right, and Jeremy Flurry work on the construction side of Hardnoxz.

AMORY – Nick Carter came about starting Hardnoxz, which helps train softball players, through working with his daughter, Olivia. The Hardnoxz venture has a two-pronged approach as it is the name of his construction business too.

When Olivia started to improve as a player, Carter realized he could help other young athletes in the same way and started Hardnoxz four years ago.

“It kind of grew on me. I didn’t really go looking for it,” Carter said. “Olivia started getting better. She played hard and when she started improving, people started calling. It took off with that.”

Hardnoxz works with softball players on pitching, hitting and fielding and charges $40 an hour on individual work with pitching or fielding. Carter works with hitters as a group and charges $20 an hour.

Most of the players who Carter started working with were Olivia’s age and are currently in junior high to early high school. The areas the athletes come from have expanded to include Fulton, Vardaman and even areas of Alabama.

“I started it to work with kids from Monroe County, and that’s probably my main age to work with is 13 to 14 year olds,” Carter said. “It’s a lot of the top eighth- and ninth-graders in the county and now also plenty of girls from out of town.”

Carter also coaches a travel ball team, Aftershock, that includes plenty of the players he trains. Some players were able to come train one-on-one during the shutdown from the pandemic, and he could tell the difference when it came time to play.

“I lost thousands over that because a lot of kids quit coming, and you can’t blame them. They didn’t want to get sick, and you didn’t want to get in trouble. But if they wanted to work, then I was here,” Carter said. “When we went and played that first tournament, I make my girls get up and they run a mile and a half every morning and when we got there, you saw it later in the day that they were all in shape. Most other girls’ legs started wearing out, and we started coming back and beating everybody.”

Carter trains just one baseball player but said he is open to working with more on that side as well.

“It just hasn’t ever been a big boys’ thing, and it would be tough to mix girls and boys in the same building. But I could definitely help boys,” he said. “I teach the girls a baseball swing. I know some people say it’s different, but a softball swing to me is the same thing. It doesn’t have to be perfect, just hit it hard.”

Just in the past couple of months, Carter expanded his business to include Hardnoxz Construction and said it has taken off in a time that has been profitable for construction work.

He brought 20 years of general contracting experience on the construction side into the business.

“It was just time,” Carter said. “I have been doing this for a long time for other people and worked for good contractors like Jed Davis, Monty Young, Danny Adams, who taught me a lot. I felt like it was time to do my own thing.”

Carter said he was still catching up on the load of work from the construction side, which has included tearing two houses apart and remodeling them.

“Construction has been busier than it’s ever been. It was kind of a leap of faith, and I didn’t really have the money to start a business after losing a lot through the virus on the softball side,” Carter said. “I did it anyway, and it’s going to pay off in a couple more weeks.”

As far as expanding the softball side of his business, Carter hired former Hatley High School softball player Jules Rimmer as a pitching instructor and he is currently looking for a female catching instructor to work with his athletes.

“Jules has a little college experience and she actually gave me a better changeup,” Carter said. “We have always struggled with that, and she showed me some stuff on it. It helped out a lot.”

Carter said his aim is to target what each player needs individually.

“I try to work with what the kid needs, what kind of adjustments. I study softball for hours,” he said. “My wife gets mad at me, but I watch a lot of professional and college hitters and the pitchers. I study them over and over and slow it down to watch all their mechanics. There are thousands of videos out there on hitting, pitching and catching, whatever you need and professional hitters telling what they did to make them better.”

To promote supporting local businesses, the Monroe Journal is highlighting restaurants, retailers and businesses that participated in its Save Our Shops campaign.