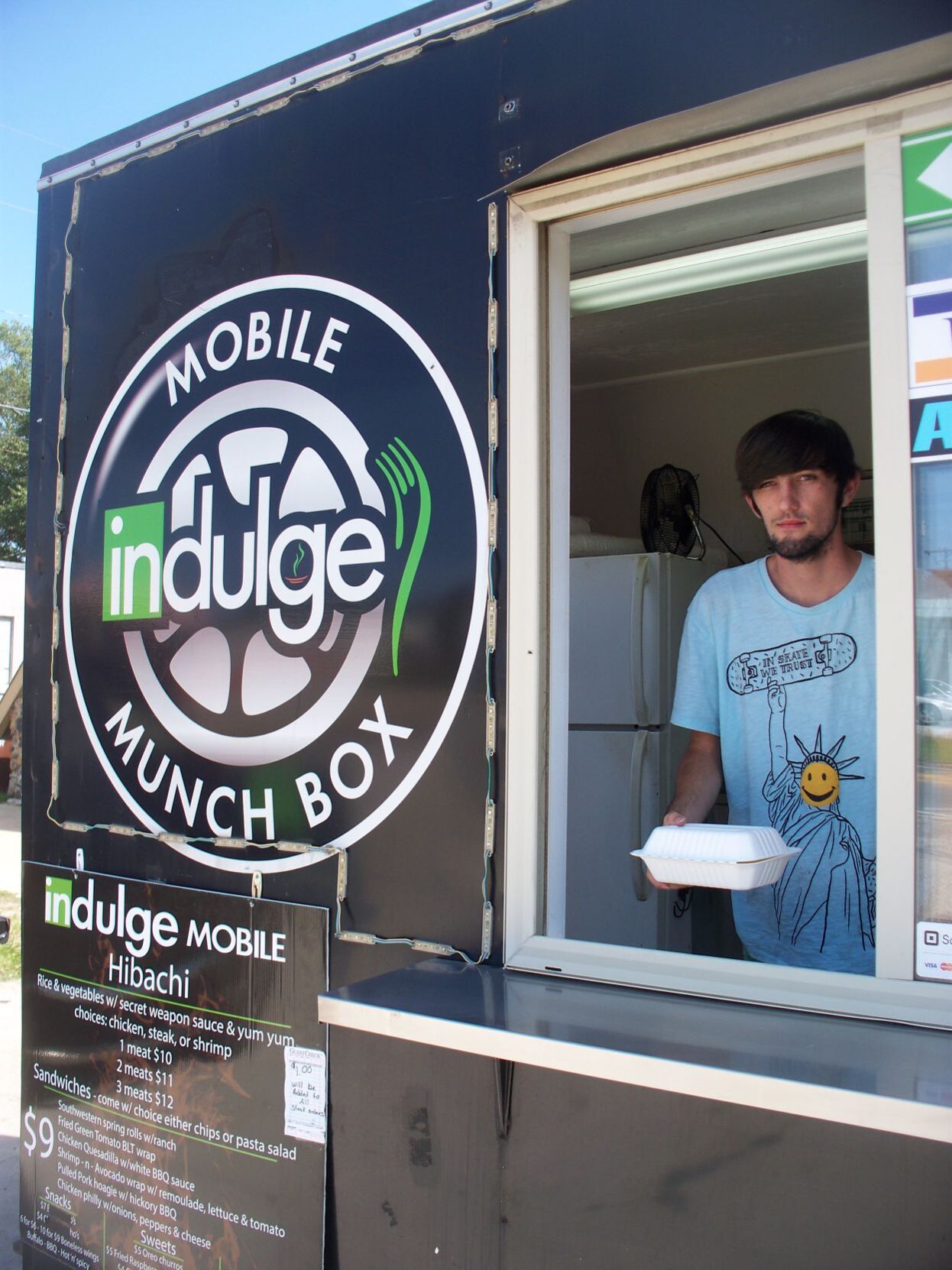 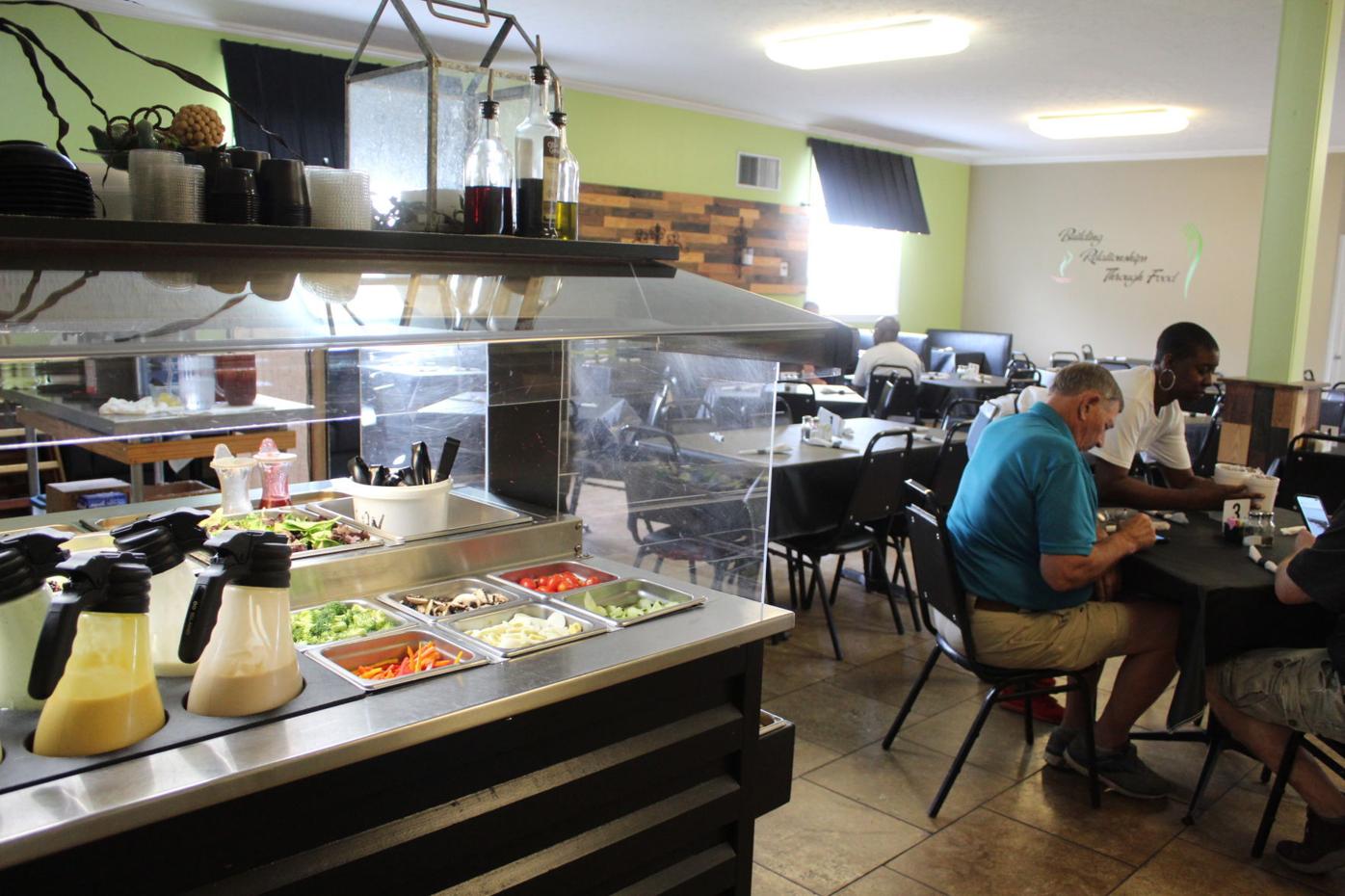 Server Nicole Pargo brings out lunch orders for customers at Indulge Restaurant in Amory. The business is located on the ground floor of the J.A. Mayfield Masonic Lodge on South Main Street. 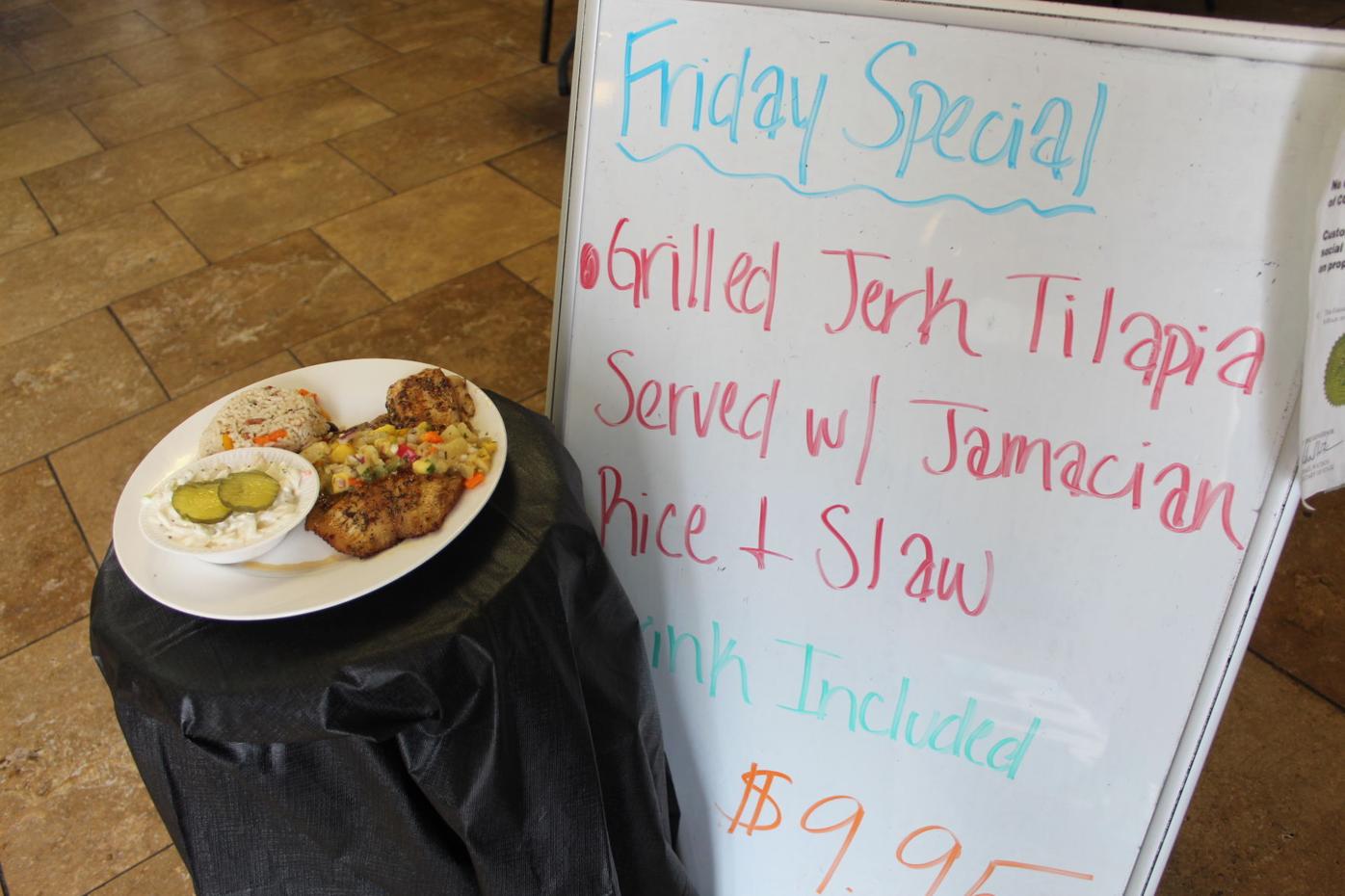 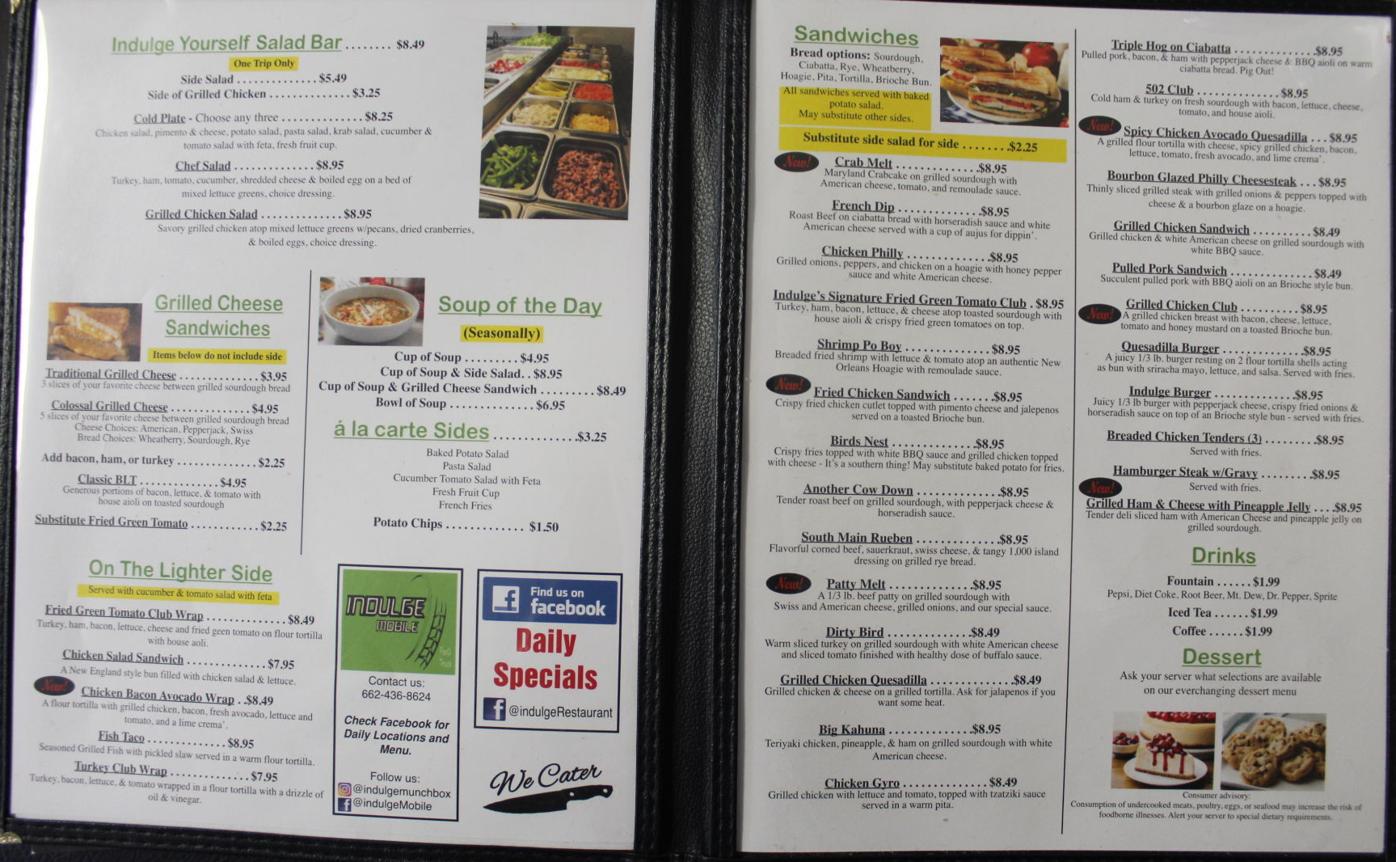 Server Nicole Pargo brings out lunch orders for customers at Indulge Restaurant in Amory. The business is located on the ground floor of the J.A. Mayfield Masonic Lodge on South Main Street.

AMORY – Sandwiches, seafood, pasta, a salad bar and more may be found at a restaurant called Indulge alongside Main Street near the intersection with Highway 278. Additionally, its presence can be seen through the Mobile Munch Box, which is a fixture right around the corner. On top of that, it has fed customers during nearby events.

The restaurant opened for business in 2015 and is located on the ground floor of the J.A. Mayfield Masonic Lodge. Mike and Marilyn Brummitt are partners in the business along with their son, Austin.

“I kind of pulled that name out of the hat, so to speak. I saw the name online and thought it was trendy,” Marilyn said of the restaurant’s name.

The menu features standard items such as classic soups and sandwiches for people wanting traditional meals, but it also has new and different items such as a crab melt and grilled ham and cheese with pineapple jelly sandwiches that appeal to those with a taste for something out of the ordinary. The menu offerings are rounded out with a la carte side dishes, fountain drinks, iced tea, coffee and a dessert of the day.

The Brummitts added a food truck in 2018 featuring hibachi brazier meals and delicious quick lunches. Austin operates the truck. The mobile food service provides lunch on the go alongside Highway 278 near the Wine Seller.

“We serve small town festivals with signature sandwiches and wraps, as well as ball games at Mississippi State. We can travel anywhere within two hours of Amory,” Austin said.

Local musicians such as Kevin Adams and Johnny Frank Turman have performed at the restaurant for special engagements in the past.

“We have a specialty night around Valentine’s Day,” Marilyn said.

Indulge sponsors local schools by honoring Millennium Cards for discounts and provides meals for first responders and health care professionals who work long hours and may not be able to leave work to get a meal.

“We serve the heroes,” Marilyn said.

Since the Brummitts have room to expand behind the mobile service location, Austin has plans to grow the business’s footprint to take in the former Nibble Nook to provide service to the lunch crowd and weekend evening customers who may have a little more time to sit and savor the restaurant’s flavors.

Hours: 11 a.m. until 2 p.m., Mondays through Fridays and Sundays; Mobile service 5 p.m. – until, Fridays and Saturdays