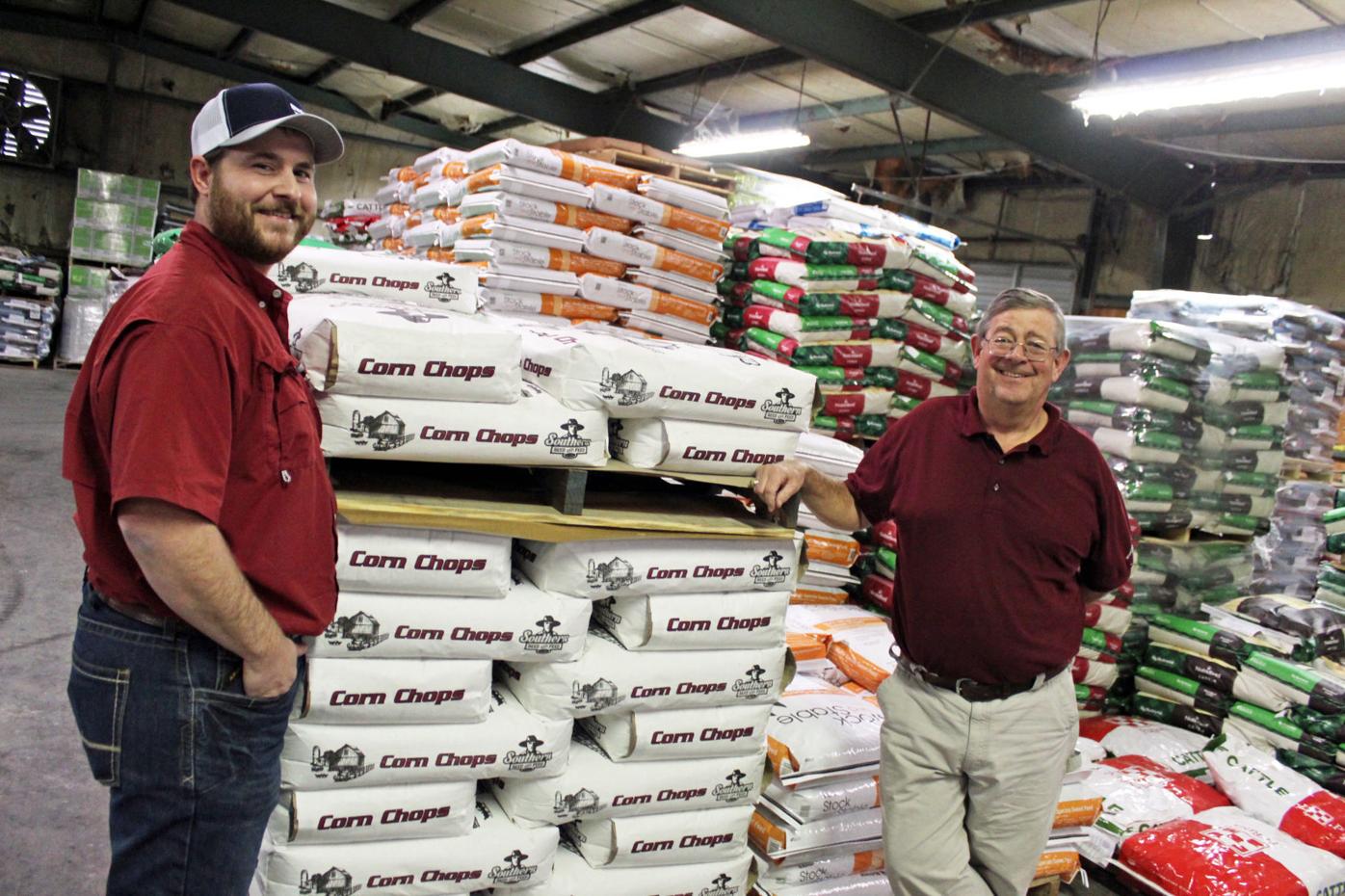 Incoming Monroe County Co-Op manager Matthew Herndon, left, stands with outgoing manager David Hodges next to stacks of feed in the warehouse. Herndon will be the fourth manager since the co-op was chartered in 1945. 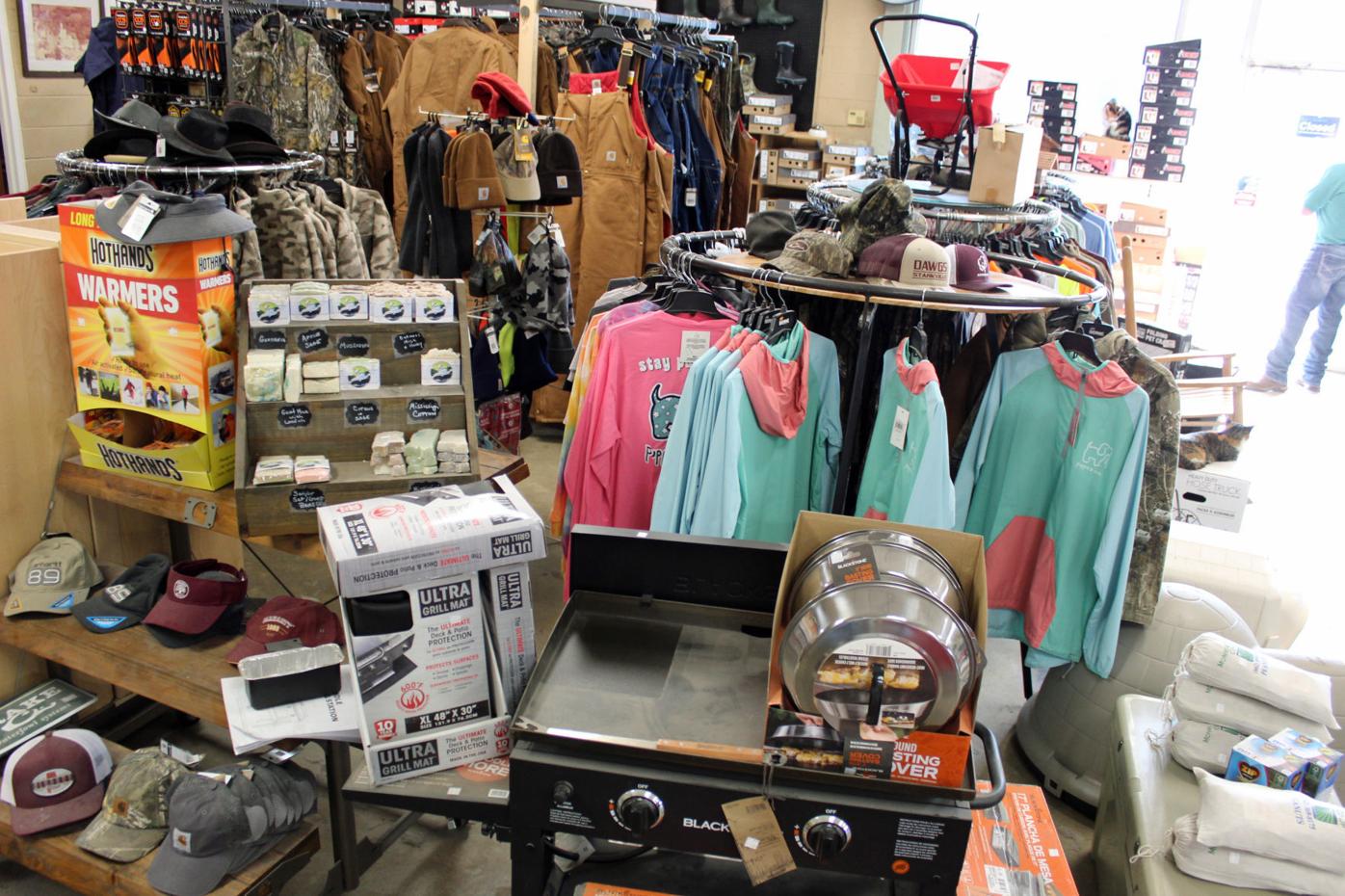 A Blackstone griddle and assortment of clothing are among some of the items for sale at the Monroe County Co-Op. 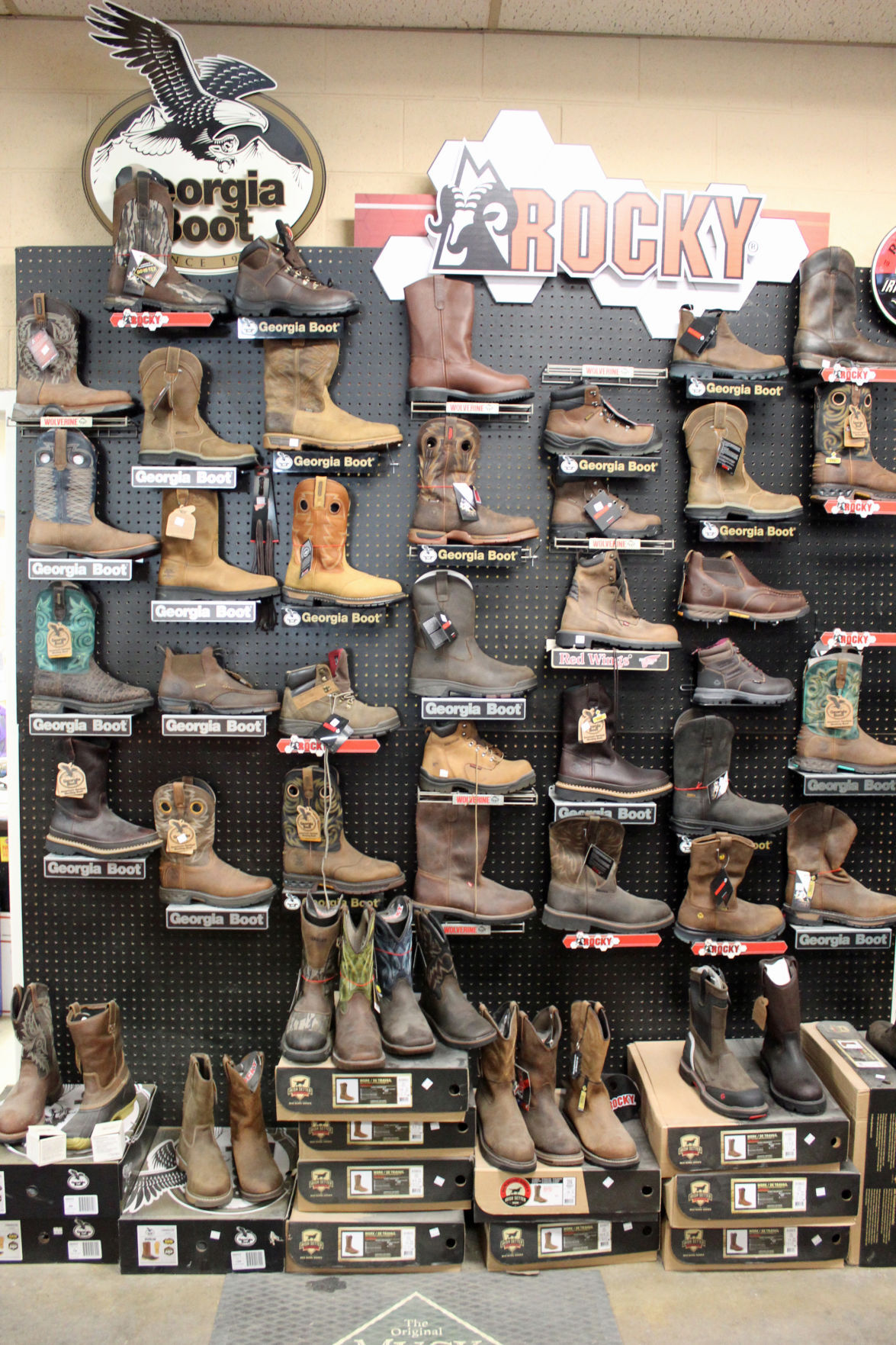 Pictured are some of the boots on sale at the co-op. It also offers an assortment of other waterproof boots. 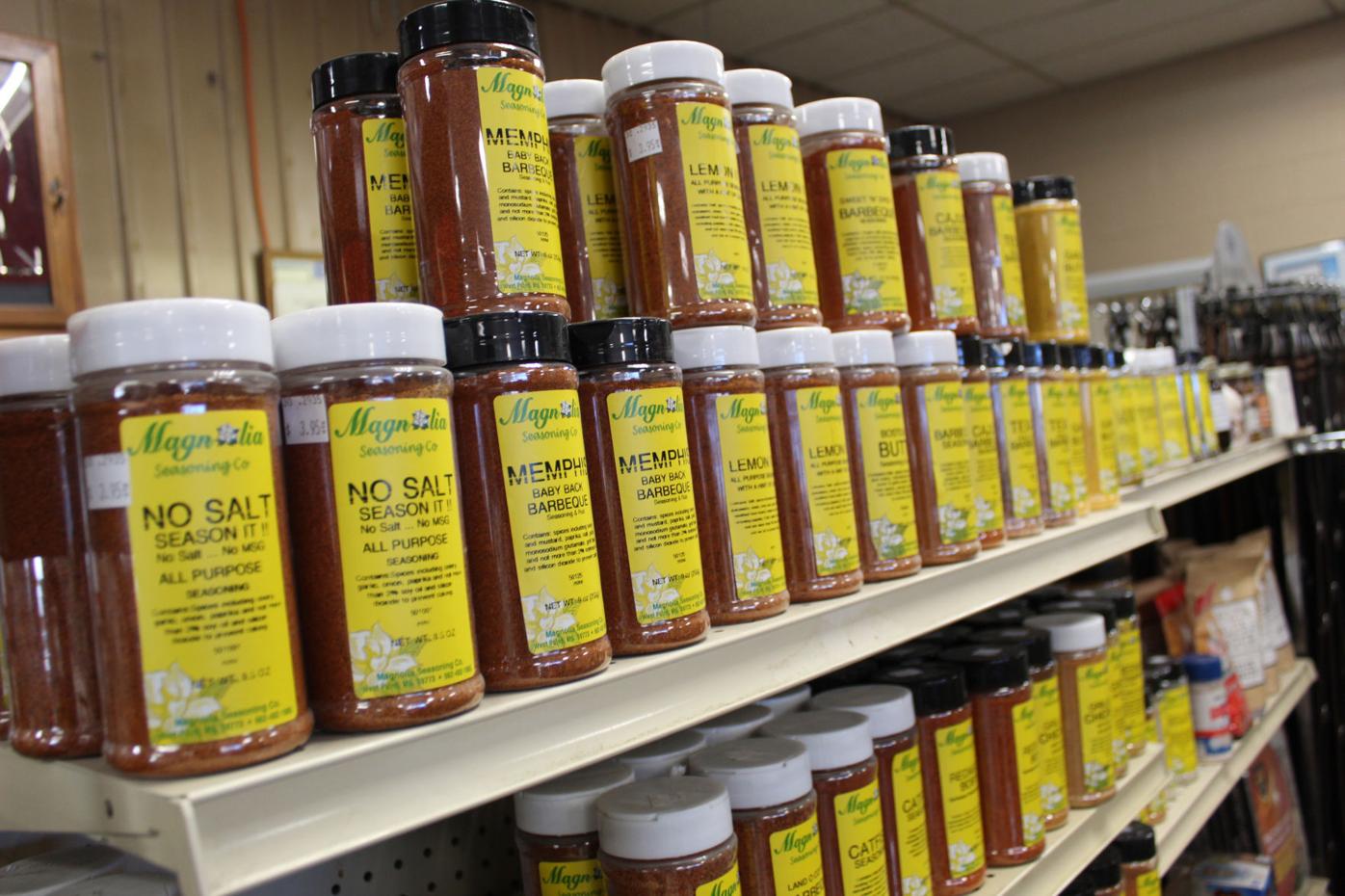 The co-op offers food items such as Magnolia seasoning and Delta Rice.

Incoming Monroe County Co-Op manager Matthew Herndon, left, stands with outgoing manager David Hodges next to stacks of feed in the warehouse. Herndon will be the fourth manager since the co-op was chartered in 1945.

A Blackstone griddle and assortment of clothing are among some of the items for sale at the Monroe County Co-Op.

Pictured are some of the boots on sale at the co-op. It also offers an assortment of other waterproof boots.

The co-op offers food items such as Magnolia seasoning and Delta Rice.

ABERDEEN – Since being chartered 75 years ago, the Monroe County Co-Op has had only three managers and beginning March 1, it’s fourth – Matthew Herndon – will take over as David Hodges is retiring Feb. 27.

The Monroe County Co-Op serves not only feed and seed needs for farmers and the public, it provides a number of retail goods from clothing and coolers to bird houses and bedding plants.

He began working at the co-op 43 years ago after graduating from Mississippi State University and working at the regional co-op through a management training program. He relocated to Aberdeen to train and was asked to stay after six months.

Herndon, who also graduated from MSU, began working at the co-op in August 2011 after working cattle and row crops in Egypt. He has worked toward being the co-op’s manager in previous years.

“After he came to work here, he expressed an interest,” Hodges said of Herndon wanting to take his place one day. “He settled in this community, has a desire to stay in this area, married a girl with roots here. He learned a lot from everyone here,” Hodges said.

He added there will be a seamless transition in the change of management, noting Herndon has been taking on some of his responsibilities for the past year or two.

“I want to continue to build business as anyone would want to do and continue to meet the needs of the customer and the community,” Herndon said. “As far as row crops, this is the headquarters, and we have that kind of relationship with the customers we’ll continue to give, along with to the general public. We have almost everything the public needs. We try to keep a diverse selection of merchandise to meet everyone’s needs, not just farmers.”

Previous co-op managers since the Monroe County Co-Op was chartered were Lloyd West and Knox Loftin. Hodges has been manager for the past 26, 27 years.

“These are big footsteps to fill, and I’ll continue along in the same direction,” Herndon said.

Last year was the first time in Hodges’ years at the co-op to ever witness it running out of seeds, thanks to more people staying at home during the pandemic. This year’s cool season plants should arrive in late February, with more plants arriving in March and April.

The Monroe County Co-Op is a dealer of brands such as Purina, Winfield United, Nutrena as far as feeds and seeds; Red Wing, Wolverine, Georgia and Lacrosse, among the brands of boots; and Carhartt, Heybo, and Drake are among clothing lines.

The co-op is more than just a business.

“We are a co-op. We’re owned by the people who do business with us – primarily the farmers. We’re governed by a seven-member board of directors, elected by the membership and they’re all farmers of Monroe County,” Hodges said.

The Monroe County Co-Op is a member of the Land O’ Lakes co-op, which is broken down by its ownership of Purina feed, its butter and cheese brand and its ownership of Winfield United, which deals in seed and chemicals.

It’s also a member of CHS co-op, which focuses on grains, fertilizer and energy. CHS is one of the county co-op’s primary fertilizer suppliers. Both CHS and Land O’ Lakes are the country’s largest national co-ops.

“There have been a lot of changes, primarily driven by technology and resistant seeds and resistant crops. Farmers have changed. They’re farming more acres more efficiently so you have few and larger farms and almost no dairies,” Hodges said.

Between 50 to 60 percent of the county co-op’s business is done in the springtime.

The co-op has been a supporter of Cedar Creek Volunteer Fire Department and numerous high school athletics programs throughout Monroe County.

“I certainly appreciate the support given to me, as well as the co-op, over these years. I’ve really enjoyed it and made a lot of friends and intend to stay in this area. I live here and raised my family here, love the community and don’t intend on going far,” Hodges said.

A reception will be held in Hodges' honor Feb. 17 at 2 p.m. at Cadence Bank's Magnolia Room downstairs.