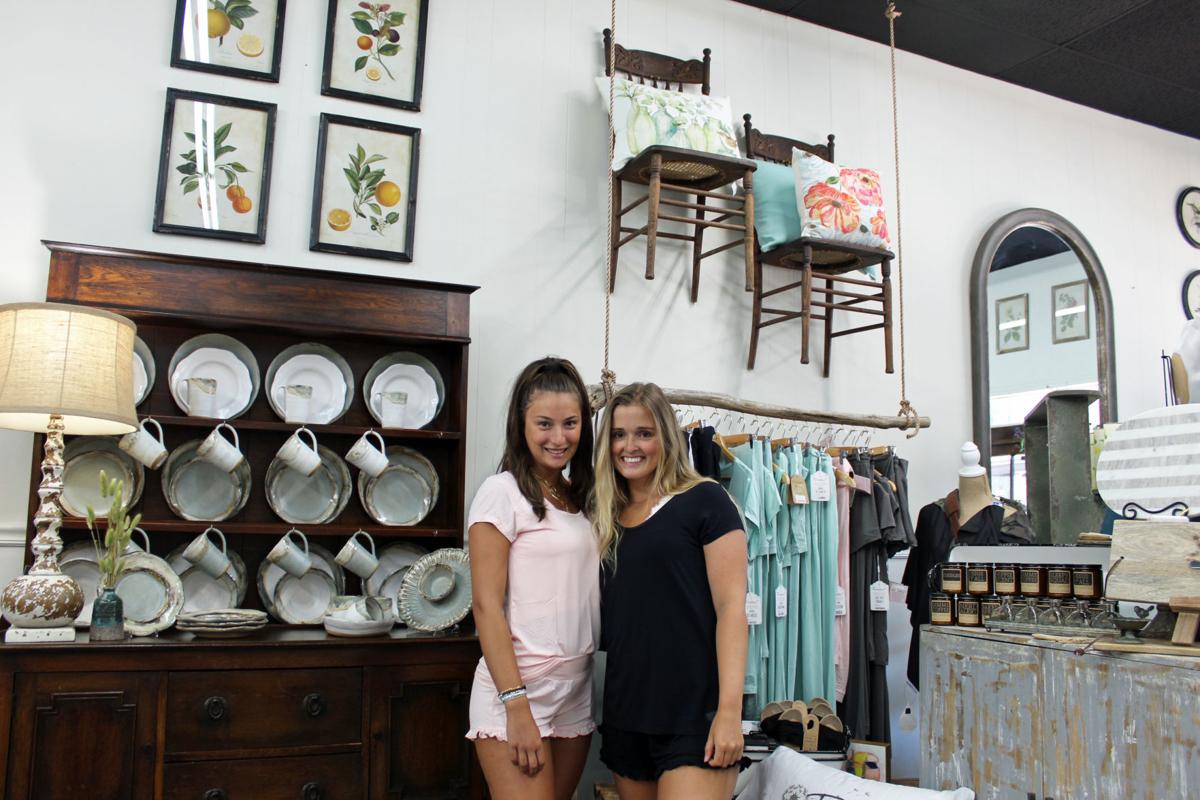 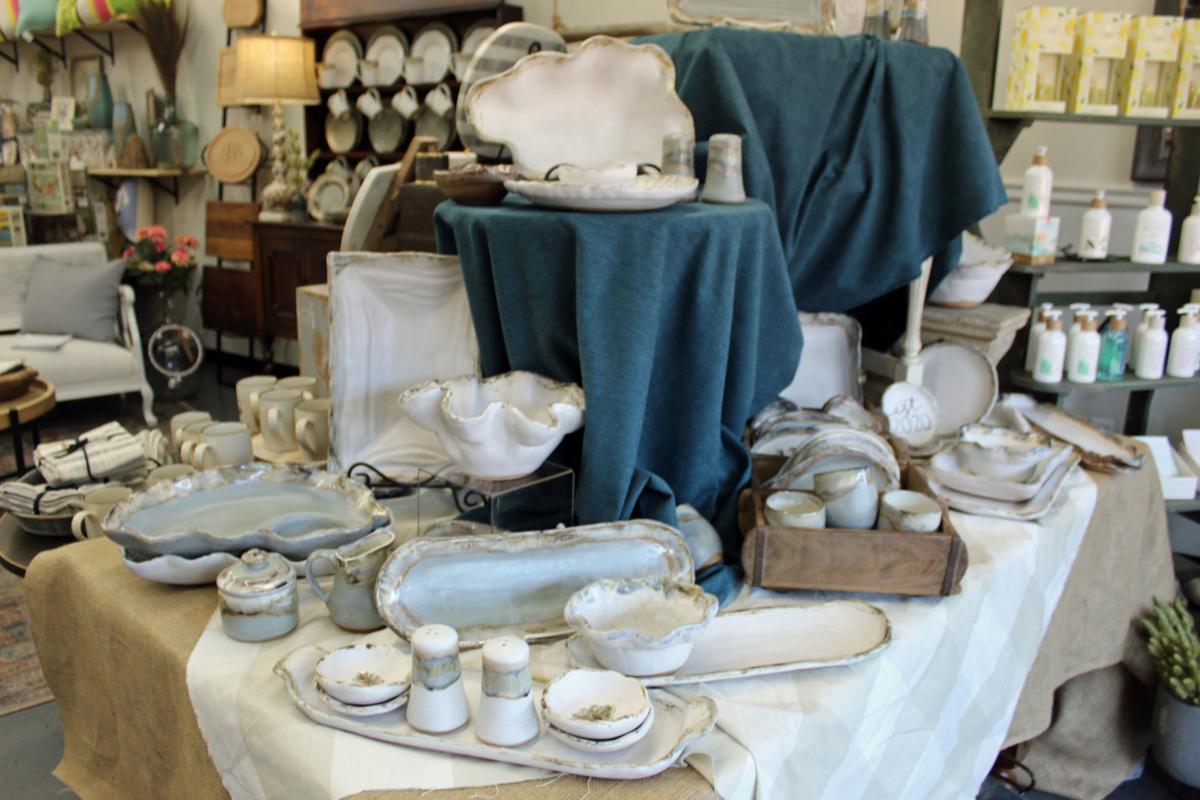 A recently arrived selection of Etta B pottery is pictured. 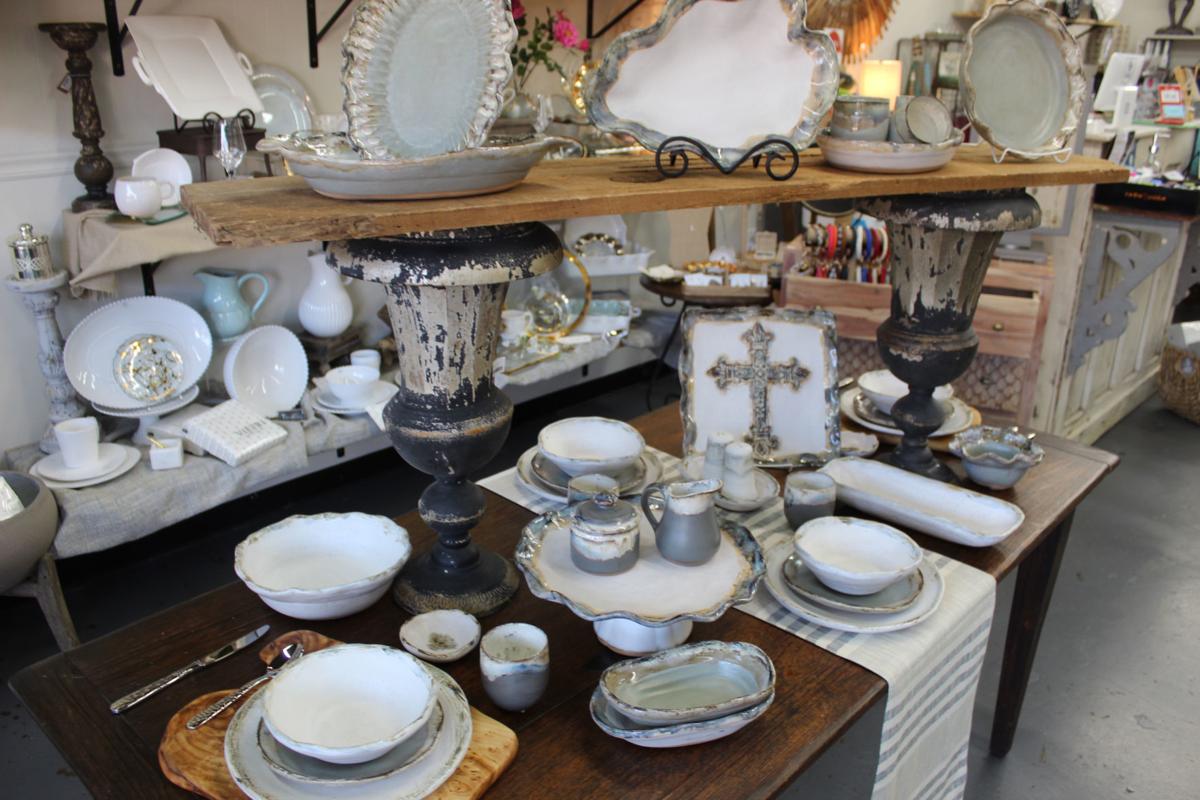 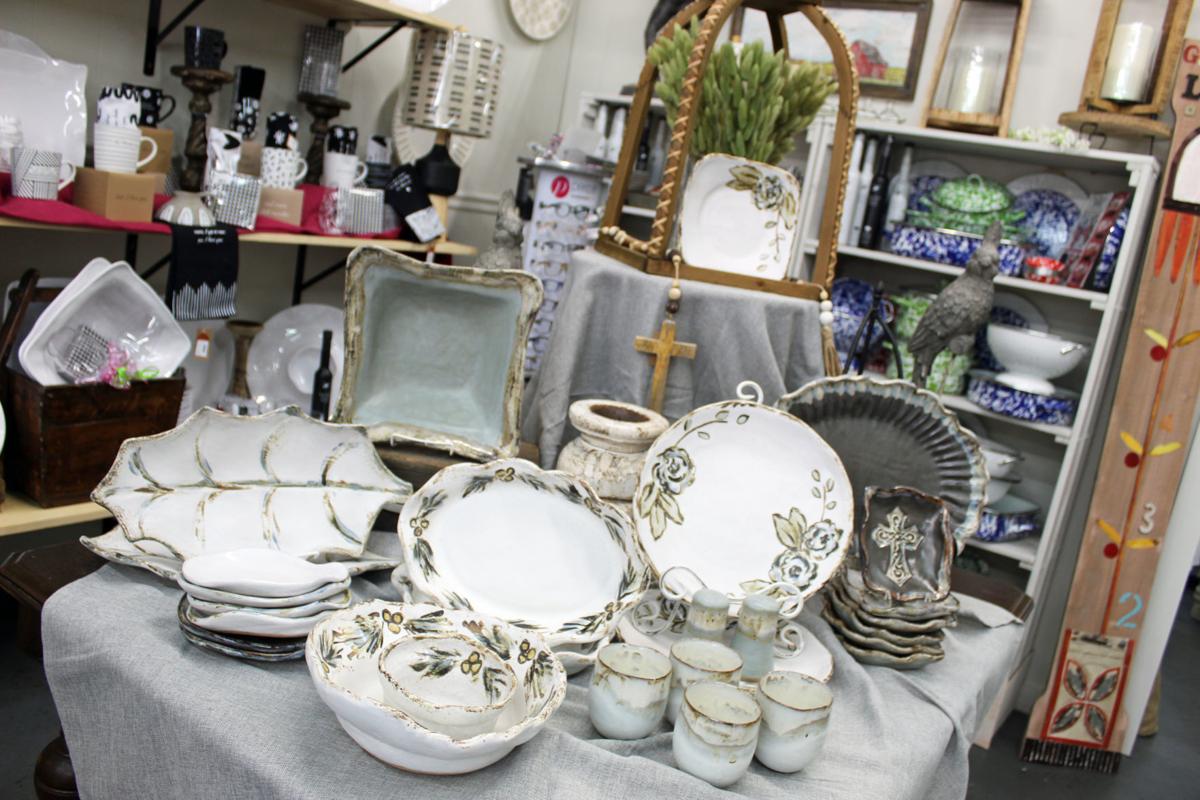 A recently arrived selection of Etta B pottery is pictured.

ABERDEEN – Whether it’s shopping from a wedding registry or browsing around for a living room set-about or something useful in the kitchen, customers of The Blue Owl never know exactly what to expect to see. The store’s owner, Shelly Bowen, tries to keep inventory fresh throughout the year.

About this time last year, she pitched ideas to her husband, Nolan, of either flipping houses or opening a gift shop. He was more favorable of the latter.

“That was in July, and [Aberdeen Main Street Director] Ann Tackett showed it to me in August. We rented it, and David Harrell started working on it. We opened the store October 25,” she said. “It’s been unreal. Like Nolan has said several times, he never dreamed it would be so successful. Everybody has been very supportive, local and out of town. I very much appreciate it.”

Popular items at the store include Faceplant pajamas, which is made from bamboo linen and is soft and comfortable; Etta B pottery; Vietri and Casafina dinnerware; Golden Rabbit cookware; Thymes, Capri Blue and Illume candles; balsamic and olive oil from Italy; Mary and Phil Nichols’ Aberdeen-made jewelry; Waxing Poetic jewelry; and Annieglass.

“Another wonderful thing is my Maple Leaf personalized cutting boards. You can take a recipe and put it in the maple wood in the handwriting of the person who wrote it. It’s laser cut. You can put initials, a name, anything you want, even a picture of a house,” Bowen said.

While more people were spending time at home through shelter-in-place orders, the store’s True South jigsaw puzzles spiked in popularity thanks to a little Facebook marketing.

“I would make the smallest order possible and then when it rolled around, I had 15 puzzles left and I got rid of those. Then everybody started asking for them and I’ve ordered, ordered and ordered. They’ve done well,” she said.

Lamps and pillows are among other pieces of home décor available.

In addition to the wedding registry, The Blue Owl offered a senior gift registry for the Class of 2020, which was successful. Free gift wrapping is included with purchases.

In addition to local support, several people from neighboring towns and states, in addition to places as far away as Virginia and California, have supported the store. Last month, Bowen had 92 new customers.

“It makes you feel really good that they want to come here. I just love meeting and talking to them,” Bowen said. “I think everybody works so hard promoting local business, and that makes such a huge difference for local businesses.”