Print and Online Subscriptions to the Monroe Journal with online e-Edition Access. Print prices are for in-county subscriptions. Please call 662-256-5647 if you are out-of-area and would like to subscribe. 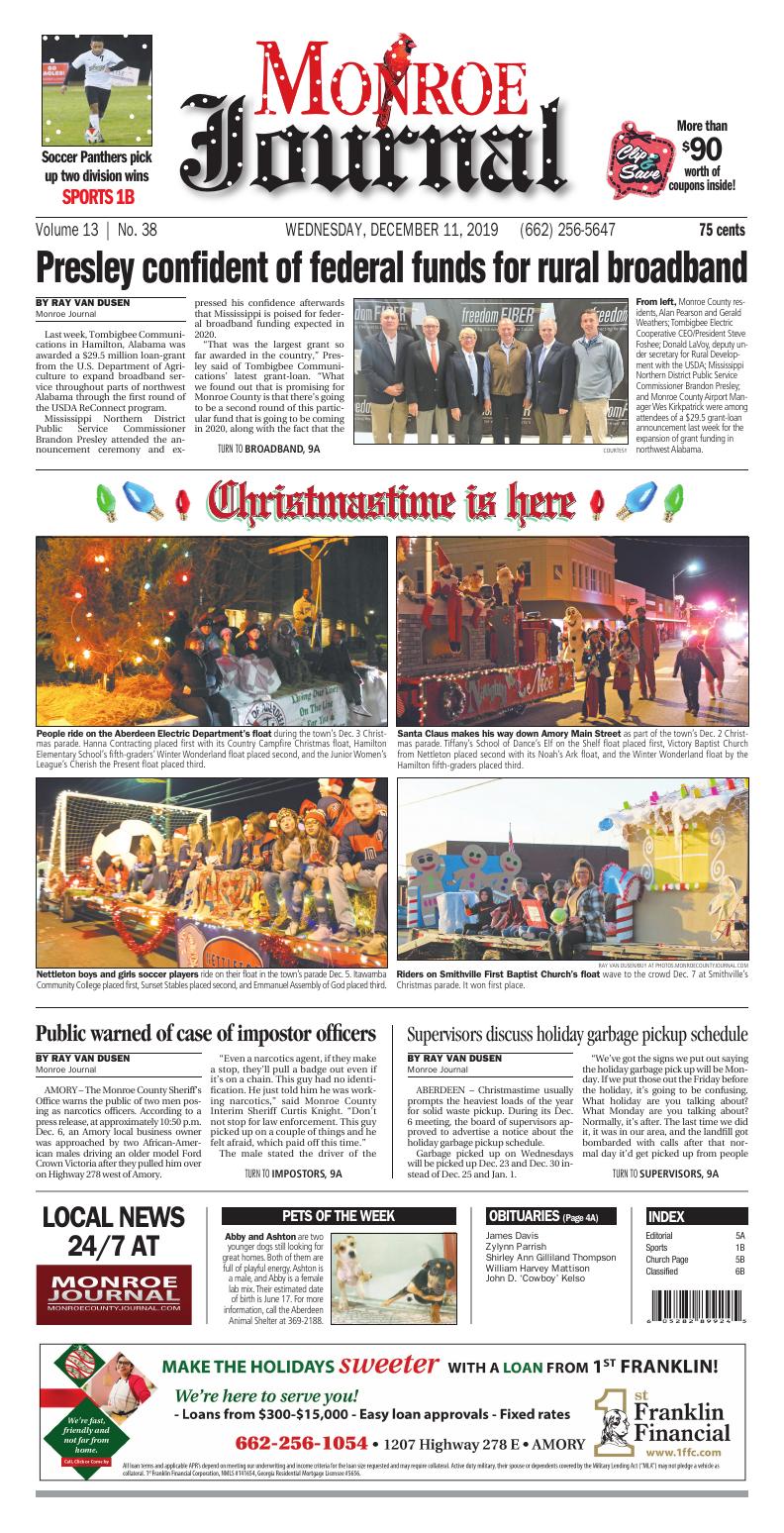 Last week, Tombigbee Communications in Hamilton, Alabama was awarded a $29.5 million loan-grant from the U.S. Department of Agriculture to expand broadband service throughout parts of northwest Alabama through the first round of the USDA ReConnect program.

“That was the largest grant so far awarded in the country,” Presley said of Tombigbee Communications’ latest grant-loan. “What we found out that is promising for Monroe County is that there’s going to be a second round of this particular fund that is going to be coming in 2020, along with the fact that the FCC is going to put out $20 billion in 2020. That’s $2 billion over a 10-year period specifically focused on rural America.”

The Rural Digital Opportunity Fund is being offered through the FCC, and Presley said initial figures have indicated between $500 and $700 million may be available for Mississippi next year.

“I’ve already been advocating in my role as National Association of Regulatory Utility Commissioners president that we make sure as much of that money gets to all the states. I think, talking Mississippi specific, the fact that we have now the seven co-ops in North Mississippi that have announced, we have the largest geographic concentration of rural broadband projects in America,” he said.

Tombigbee Communications, a subsidiary of Tombigbee Electric Cooperation, was awarded a $2.8 million USDA last May to provide rural broadband to areas of Marion County.

According to the Birmingham Business Journal, the latest round of funding is expected to provide broadband to 2,152 households, 20 farms, 15 businesses, 10 critical community facilities, five educational facilities and one health care facility.

“It’s a living and breathing example of what can be done. To me, timing is key. Whoever wins the auction for these federal funds next year – that is going to be a 10-year funding. If you’re left out of the process, you will not get funding for 10 years out of that particular program,” Presley said. “It’s as if the stars are aligning for our projects in Mississippi if we just take advantage of this time table. We do not have time to wait. The first half of 2020 is going to be very, very critical.”

He hosted a panel at the National Association of Regulatory Utility Commissioners annual meeting last month in San Antonio, and all the participants expect the funding to be available in early- to mid-2020.

“I think, talking Mississippi specific, the fact that we have now the seven co-ops in North Mississippi that have announced, we have the largest geographic concentration of rural broadband projects in America,”

AMORY – The Monroe County Sheriff’s Office warns the public of two men posing as narcotics officers. According to a press release, at approximately 10:50 p.m. Dec. 6, an Amory local business owner was approached by two African-American males driving an older model Ford Crown Victoria after they pulled him over on Highway 278 west of Amory.

“Even a narcotics agent, if they make a stop, they’ll pull a badge out even if it’s on a chain. This guy had no identification. He just told him he was working narcotics,” said Monroe County Interim Sheriff Curtis Knight. “Don’t not stop for law enforcement. This guy picked up on a couple of things and he felt afraid, which paid off this time.”

The male stated the driver of the Crown Vic approached his vehicle and asked for his driver’s license and then informed him he needed to follow them back to his place of business. The business man stated he became suspicious of the incident when he noticed a pistol sticking out of the subject’s pocket, according to the press release.

“Sometimes narcotics officers carry them in a concealment holster, but they’re not sticking out of their pocket,” Knight said, adding the subject didn’t have a flashlight. “A good police officer isn’t going to approach a vehicle at night without a flashlight to look in the car as they approach it. I’m not saying it’ll never happen, but it’s highly unusual.”

The driver of the Crown Vic is described as being a tall African-American male wearing blue jeans with a hoodie. The only description of the passenger was that he was a male African-American. The business owner stated the blue light the subjects used was a dim-lit round handheld light as widely used by law enforcement in the 1980s.

“Most police vehicles are going to have lights everywhere, and it’s going to light up the world,” Knight said.

He said there have been recent reports of other impostor officers in the metro-Jackson area. 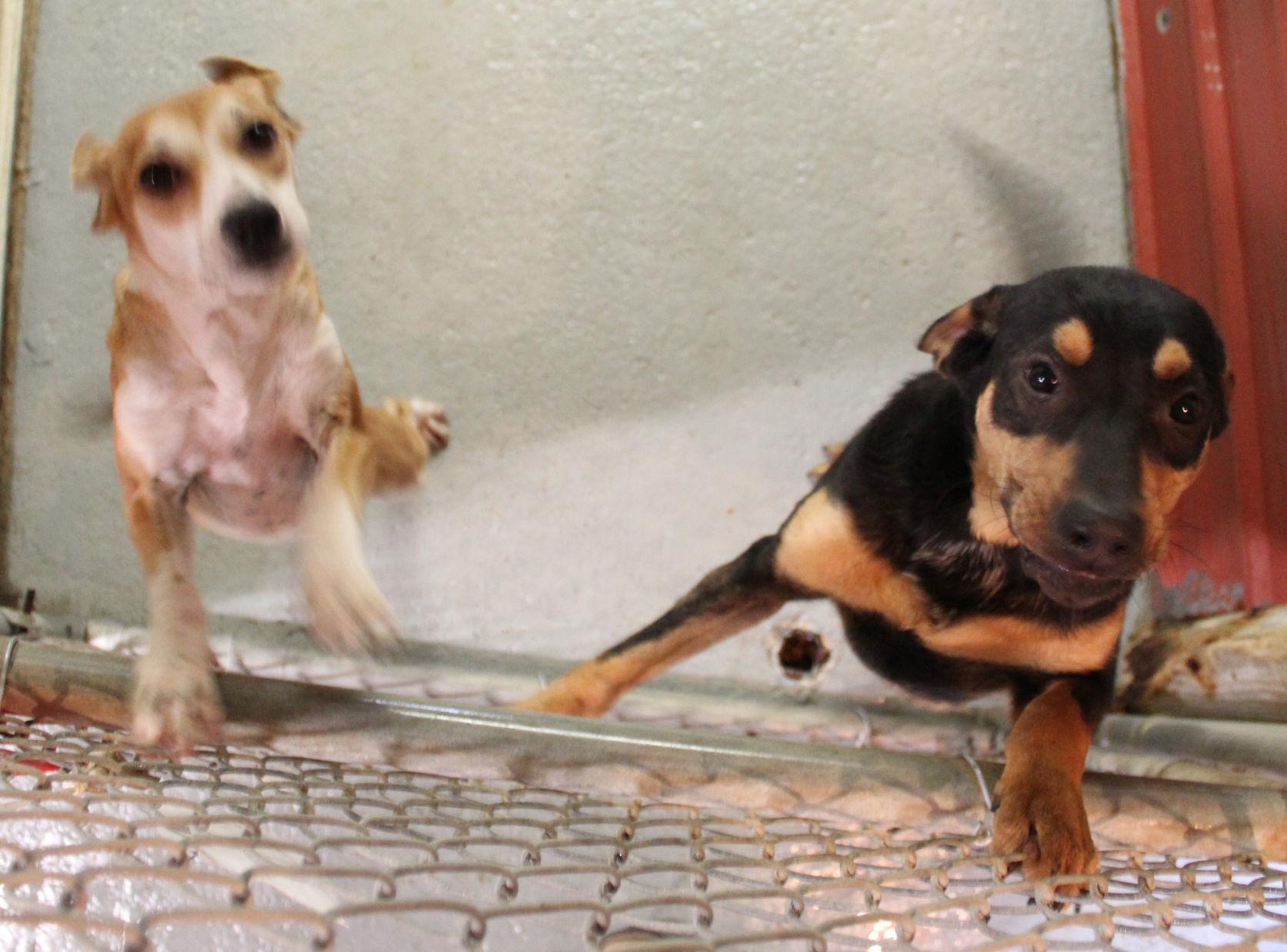 Abby and Ashton are two younger dogs still looking for great homes. Both of them are full of playful energy. Ashton is a male, and Abby is a female lab mix. Their estimated date of birth is June 17. For more information, call the Aberdeen Animal Shelter at 369-2188.

ABERDEEN – Christmastime usually prompts the heaviest loads of the year for solid waste pickup. During its Dec. 6 meeting, the board of supervisors approved to advertise a notice about the holiday garbage pickup schedule.

“We’ve got the signs we put out saying the holiday garbage pick up will be Monday. If we put those out the Friday before the holiday, it’s going to be confusing. What holiday are you talking about? What Monday are you talking about? Normally, it’s after. The last time we did it, it was in our area, and the landfill got bombarded with calls after that normal day it’d get picked up from people wanting them to get their garbage,” said county road manager Sonny Clay.

He said the timing of the Christmas and New Year’s holidays will affect mostly the northwest part of the county and parts of Amory.

He said the more ways the message can be spread to the public, the better.

“We don’t run garbage routes on Mondays, and that works out really good. Like with Thanksgiving, we could catch it on that Monday,” said board president Billy Kirkpatrick.

Clay said garbage is picked up Tuesdays through Fridays, and several national holidays such as Dr. Martin Luther King, Jr. Day and President’s Day observed by the county fall on Mondays, so it doesn’t effect garbage pickup.

The board heard from Don Frost of Thompson CAT regarding maintenance to the power generator at the Monroe County Detention Center.

District 5 Supervisor Joseph Richardson said at one point it was being serviced or exercised weekly, but the county hasn’t been in a service agreement. Frost explained technical issues such as servicing transfer switches and generator inspection.

After discussion, the board approved to enter into a service agreement with Thompson CAT for its maintenance.

Supervisors approved an application for partial payment in the amount of $244,906 to Tanner Construction for the Coontail bridge project. Clay also said work continues on the Sipsey Fork bridge.

District 4 Supervisor Fulton Ware said District 36 Rep. Karl Gibbs asked for a list of potential infrastructure projects he can seek funding for in the 2020 legislative session.

“We did this before, and some of the projects we submitted did get financed,” Clay said, adding he’s hopeful of funding to do work on the road to Hamilton’s boat ramp and a box culvert in District 2. 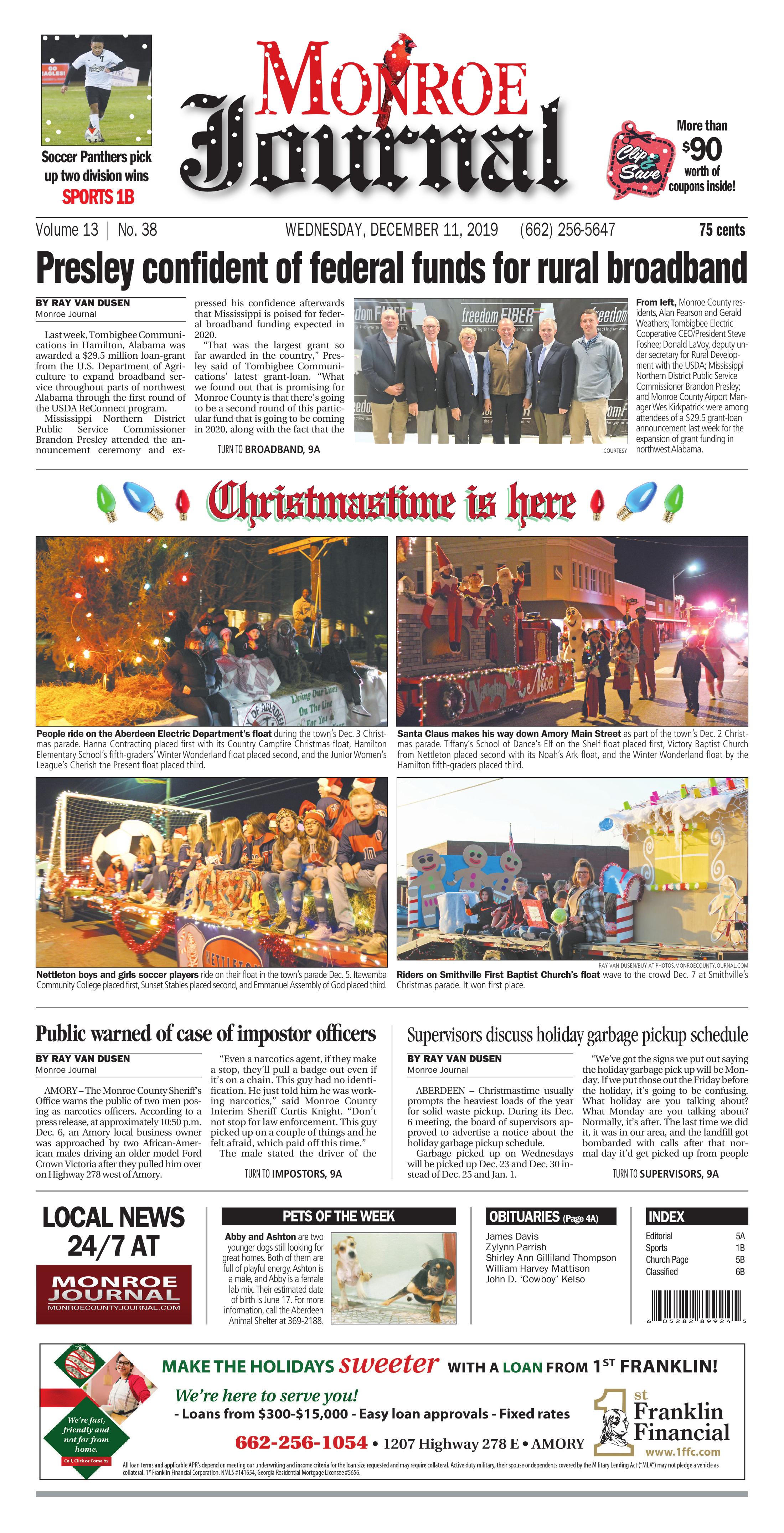