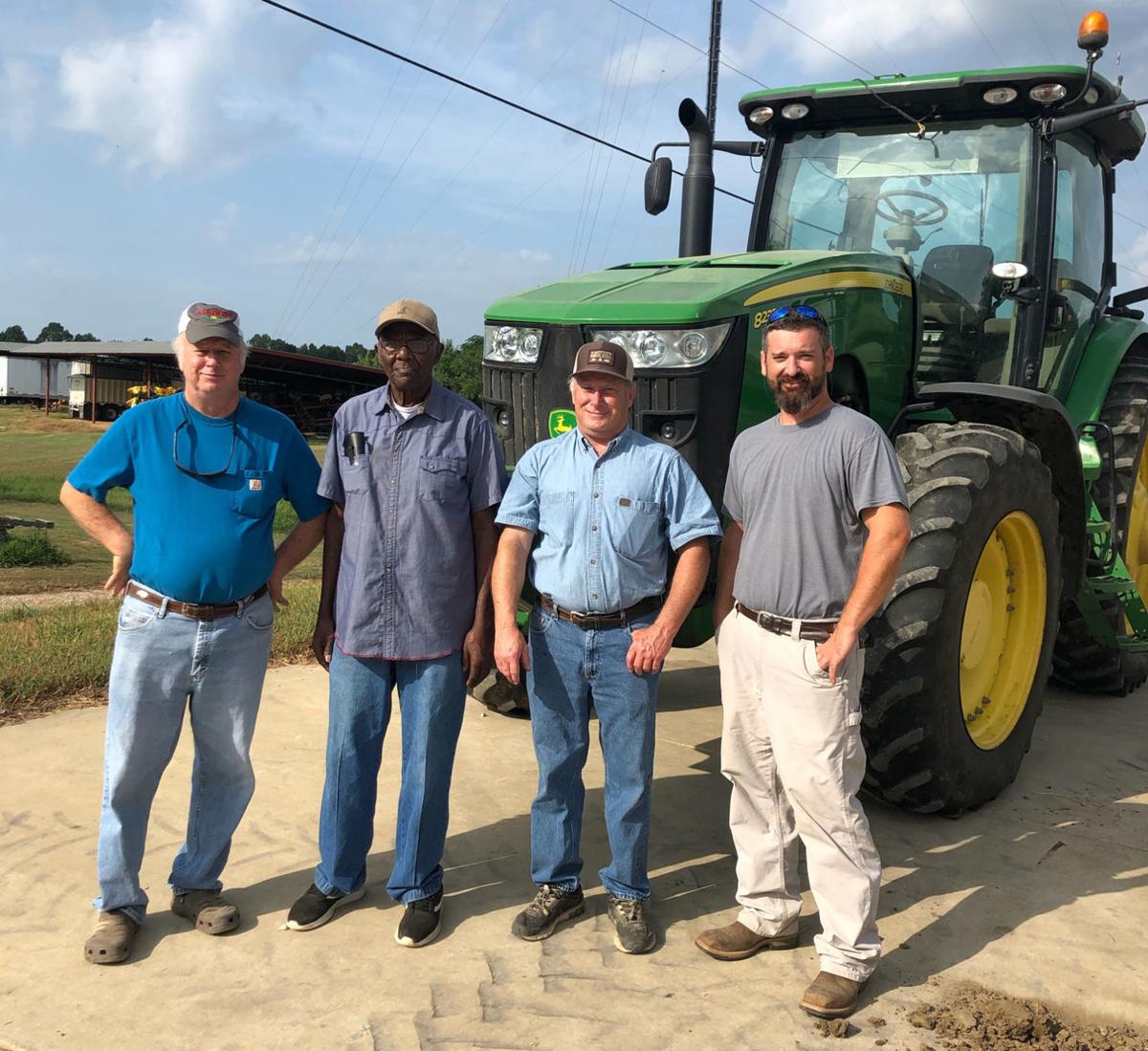 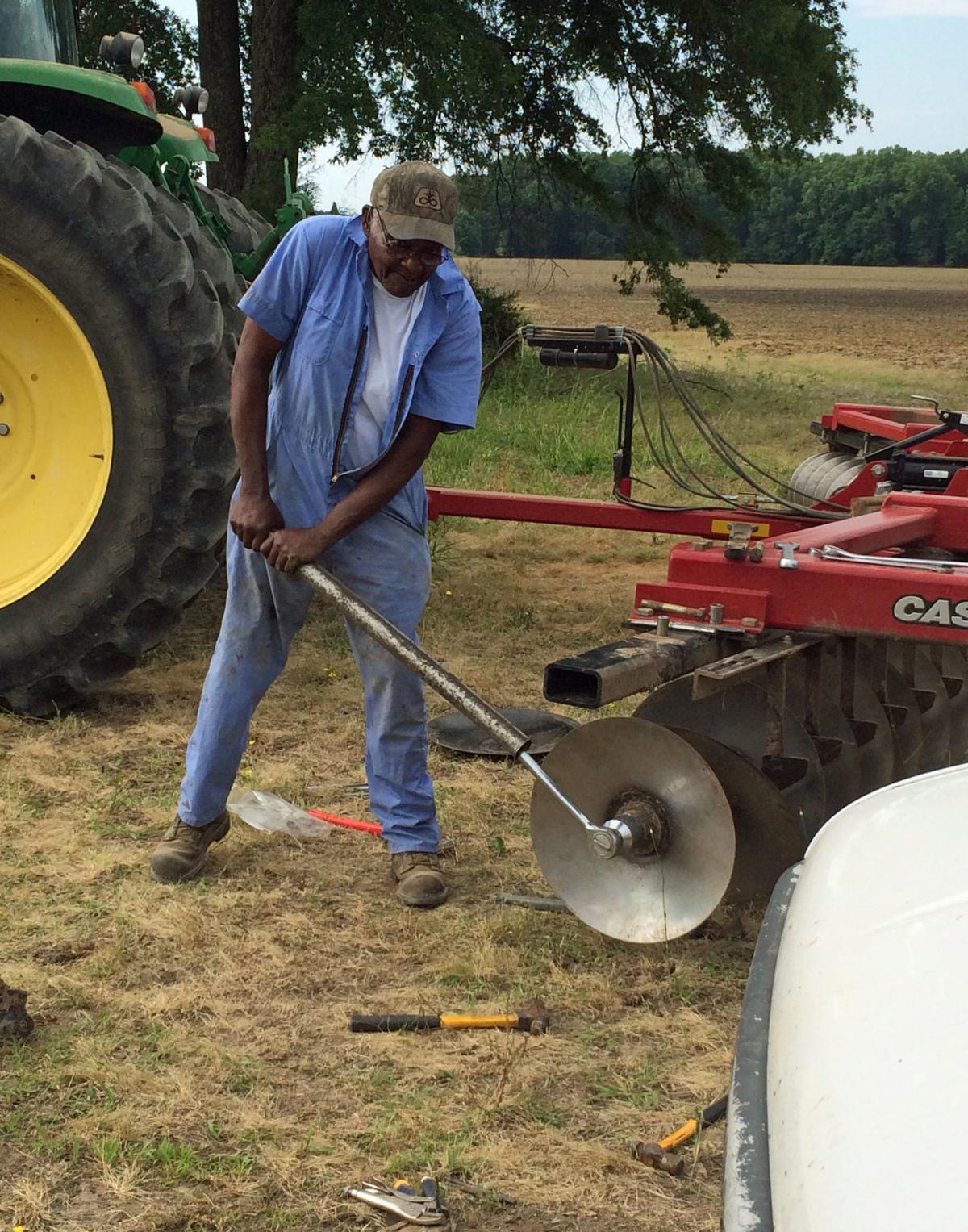 Hyde works on a plow at the farm.

Hyde works on a plow at the farm.

R.D. “Buddy” Hyde was born the second of three children on Aug. 17, 1933 to Velma and Ginger Lee Hyde. He attended school at both Cedar Grove and Shivers in Aberdeen and graduated in 1952. His favorite subject in school was math.

Hyde recalls that math was easy and he was able to quickly perform computations in his head rather than use pencil and paper. He also had a favorite math teacher who was Mrs. Anna White.

He married Patsy May Dearing in 1956, and they were married for 45 years before she passed in 2000. Together, they had six children, R.D. Hyde, Jr., retired Army; Mary Hyde Smith, who works at Tronox; Norma Jean Hyde Green, who works with the government in Virginia; Charles Hyde, who is self employed; Larry Hyde, R.N.; and Lisa Hyde McNairy, who is an X-ray technician.

Hyde began a 65-year long career at Tucker Egg Farm located in Hamilton on June 3, 1953 and remained there until he retired in June 2018. He still visits at the now row-crop farm about once a week and helps out if needed.

The main change Hyde witnessed at Tucker Egg Farm included automation. Chickens were once fed by hand, but that changed with both automatic feeders and waterers. Hand gathering eggs, which was a lengthy process, also improved with design changes.

As Hyde pointed out, the hen still pecked the gatherer’s hand if the egg wasn’t gathered quickly enough.

One of the most colorful parts of his job at Tucker Egg Farm was putting glasses on the chickens. Now these glasses, otherwise known as blinders, weren’t used to allow the chickens to see better. Glasses, also known as specs, were put on chickens to prevent them from seeing and pecking other chickens. (Yes, chicken glasses are for real, and they are on display in the shop for all to see.)

One of the more fun but exhausting aspects of Hyde’s job was catching chickens at night to load the trucks with retired laying hens. He smiled when recalling that loading the first truck was fun, but loading the second truck was exhausting since a truck held approximately 3,000 chickens.

He enjoyed the camaraderie with the colorful crew that came to catch and load the retired laying hens in the trucks that transported them to the Campbell Soup company. Hyde said during these raids on the chickens, work was done amid laughter and some tall story telling which made the work go quickly.

He transitioned from Tucker Egg Farm to Tucker Farms, which is a row-crop operation including cotton, corn and soybeans. Tucker Farms is currently operated by sons of Roy Miller Tucker, Sr. – Roy and Donnie – and grandson, Ryan.

In addition, Hyde witnessed the removal of the numerous chicken houses, the egg room and feed mill, which were replaced with tractor sheds and a mechanic shop on the farm. His duties changed, too, and included driving tractors and pulling equipment, which included the disc, chisel plow, do-all, flail shredder, bush hog, cultivator and operating the cotton module builder.

Hyde reminisced that as automation took over, the equipment got bigger and wider. One of his most fond memories was operating what he called the Big Moline, a tractor that he stood on the back of to operate. He remembered that Willie George taught him to operate Big Moline. Hyde was especially glad to see the IH Model 1586 tractor go because, according to him, it had too much horsepower.

He liked his employers, Nancy Jones Tucker and Roy Tucker, and he watched all five of Mr. Roy’s children, Roy, Jr.; Donnie; May; Patty; and James, grow up and get married. He spoke with pride in his voice and said that he feels that those five children are very much like his own. Of course, the entire Tucker family feels that he is a part of their family as well.

Hyde said that he could have worked at what was Kerr-McGee and is now known as Tronox, but that he felt at home on the farm. He gives credit to both Miss Nancy and Mr. Roy as being a good employer, and stated that they always made sure the employees had something special at Thanksgiving and Christmas, usually a turkey or a ham respectively along with other goodies such as fruit along with a little bonus in the paycheck.

Hyde is a member of Cedar Grove Missionary Baptist Church and has attended that one church for his entire life. He currently enjoys singing with the men’s choir and serves in the capacity as assistant treasurer. When asked if he had hobbies, he replied that at one time, he was an avid rabbit hunter and was a pretty good shot but hasn’t hunted since he missed a rabbit during fall harvest some years ago. He also said that he used to do a little fishing on occasion.

In order to keep moving, he walks one to two miles most days and can be found at McDonald’s in Aberdeen around 5:30 every morning to get that first cup of coffee.