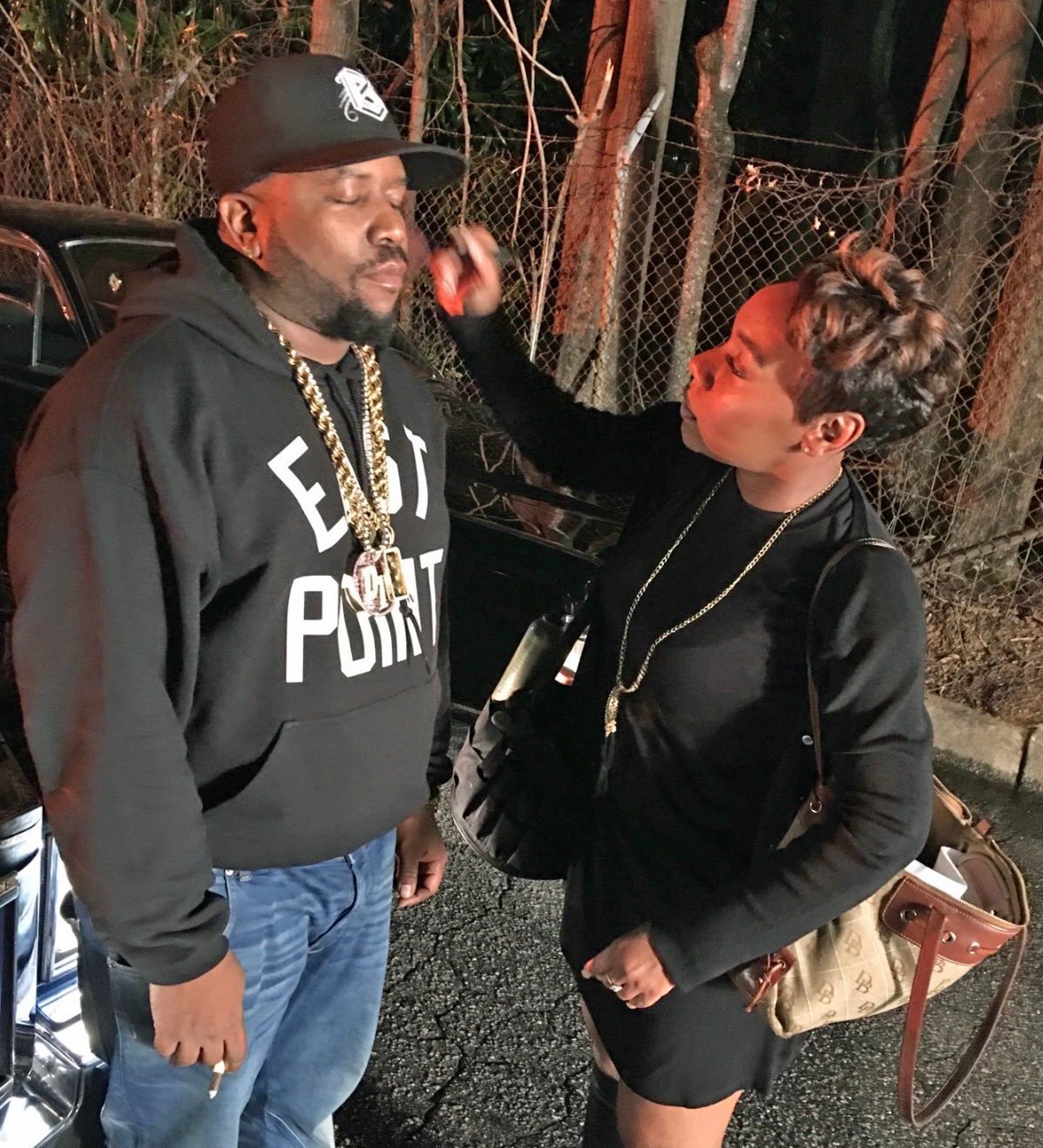 Amory native Sabrina Gilleylen touches up Atlanta rapper Big Boi, of Outkast fame, for the “Sinners (Saved By Grace)” video. In recent years, she has followed her dream of doing hair and makeup for celebrities and has even gotten into acting herself. 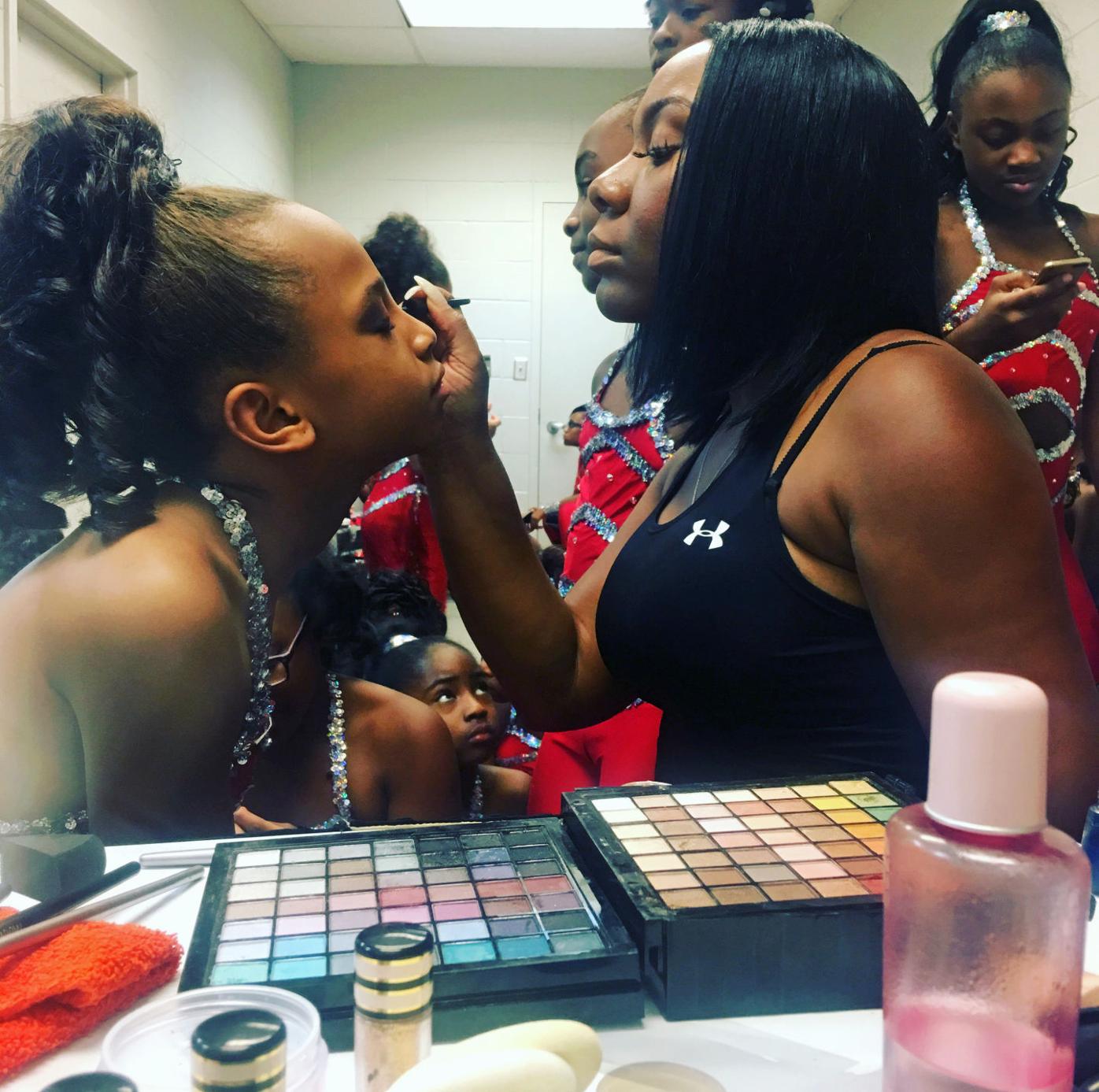 Gilleylen does makeup for a member of the Dancing Dolls of Jackson ahead of an WNBA game in Atlanta. 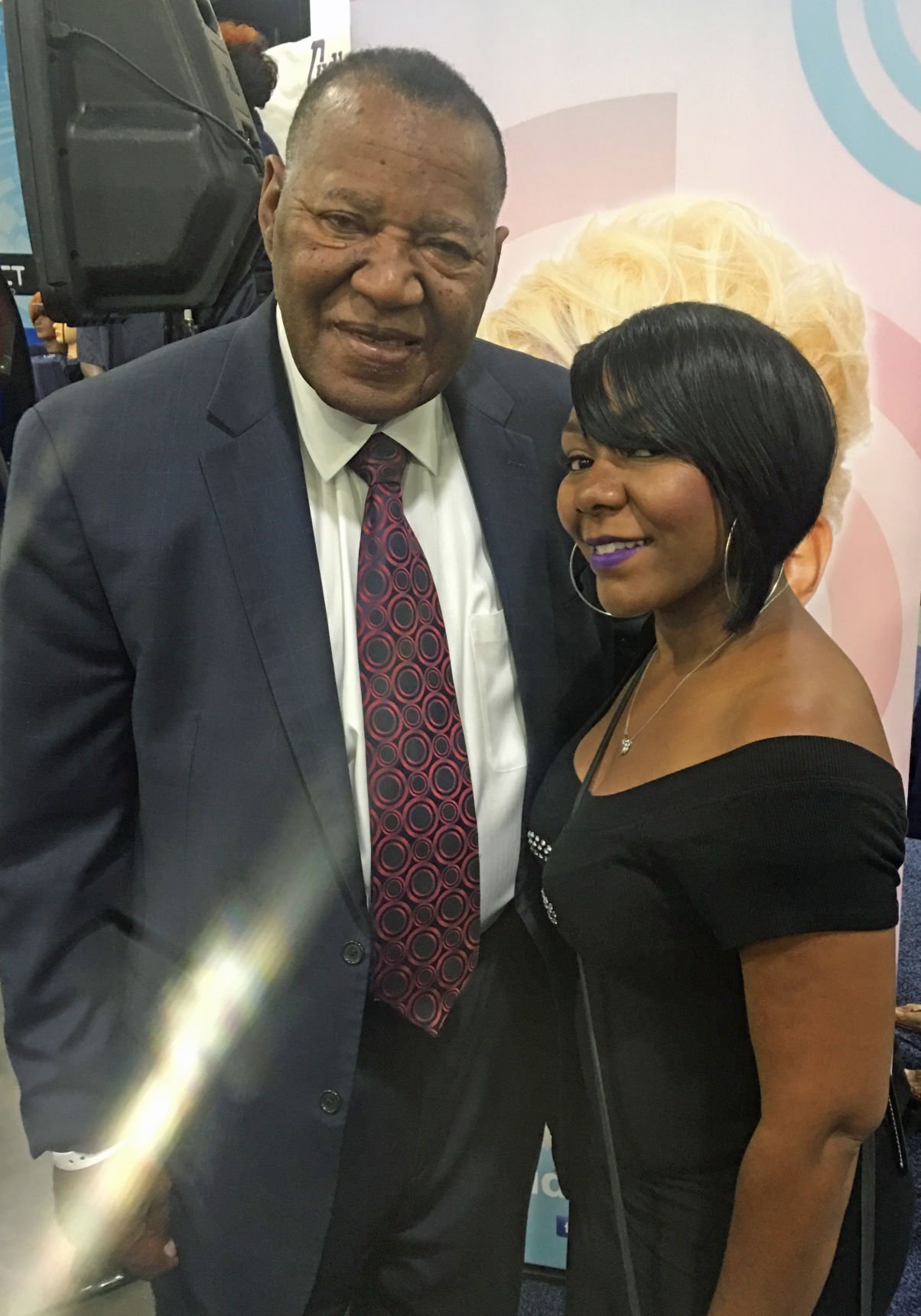 Gilleylen poses for a picture with her mentor, Joe Dudley Sr., the founder of Dudley Products.

Amory native Sabrina Gilleylen touches up Atlanta rapper Big Boi, of Outkast fame, for the “Sinners (Saved By Grace)” video. In recent years, she has followed her dream of doing hair and makeup for celebrities and has even gotten into acting herself.

Gilleylen does makeup for a member of the Dancing Dolls of Jackson ahead of an WNBA game in Atlanta.

Gilleylen poses for a picture with her mentor, Joe Dudley Sr., the founder of Dudley Products.

While attending college, Sabrina Gilleylen was dead set her path to fame would start through broadcast journalism. A people person to begin with, there was a love she picked up as a child she could never turn away from – doing hair for others.

Even though she took a different path to be linked in with the entertainment industry, she has arrived and has styled hair for rappers such as Lil Wayne and Travis Scott, on shows such as “The Walking Dead” and for politicians. She even landed extra roles in a couple of movies.

“I was a fashionista. My mom had seven children, so we couldn’t afford to go to the hairstylist and barbershops so my mom was the hairstylist and barber. I started learning about hair when I was younger. Every doll I had, I would design hair, makeup and my mom was a seamstress so I would use her scrap material and design fashion things and I even made things for the people at church,” said Gilleylen, a 2000 Amory High School graduate.

Taking a semester off from Mississippi State University led her to enroll in beauty college. Finally taking a chance to move to Atlanta a few years later led her to fulfill lifelong dreams and get her foot in the door of the entertainment industry. In that time, she has been steadily checking off her goals for the future.

In seventh grade, Gilleylen stayed in trouble because she spent time in class drawing hairstyles instead of paying attention to lessons. As the years went by, it dawned on her that she wanted to be a movie star.

“I was hooked on Halle Berry and, of course, Oprah. I thought the only way I could get on TV was to be a news reporter. I was looking at Charla Stegall from Amory when she was on WCBI. I knew she went to Oxford and I said that I was going to Oxford so I could be a news reporter because I was thinking that was the only way I could be on TV,” she said.

After graduating from Itawamba Community College, she wound up transferring to Mississippi State, where she did hair on the side for other students, including Anthony Dixon, who went on to play in the NFL.

“One day we were in journalism class and a guest from WCBI said, ‘If money didn’t exist, what would you be doing?’ I said, ‘Hair,’” Gilleylen said. “She said, ‘You answered that in a millisecond. Why are you in journalism class?’”

After taking a semester off from school, Gilleylen found Creations College of Cosmetology in Tupelo.

“The first day I went in, I said, ‘Mama, this is it. Mama, I want to be here,’” she said, which ultimately led to her goal of being a celebrity stylist. “I wrote down everything that I wanted to do. I’m 16 years from having that graduation, and everything I wrote down is what I accomplished.”

After doing hair locally up until 2011 or 2012, she realized she wanted more out of her career and decided to follow up on her dream of moving to Atlanta.

“I rode by Tyler Perry’s studio in College Park and said, ‘I will work there one day.’ A year later, I was working there as an extra. I wanted to see how I could get in there to see how I could do hair there. I became an extra in the movies, ‘Ride Along 2’ and ‘Barbershop 3.’”

By doing that, she met a man named Charles Gregory, who is connected in the entertainment business. Two weeks after taking a trading cinema secrets class, she was doing stylist work on the set of season six of “The Walking Dead.”

Before she knew it, her resume steadily grew to include stylist work for Lil Wayne, 2Chainz, Big Boi, Lil Boosie and August Alsina music videos, Rick Ross and Travis Scott special events and being a personal stylist for Jewels Tankard of the Bravo reality show, “Thicker Than Water.”

“It was door after door, and I was acting on ‘Greenleaf’ with Oprah. It was just one thing after another,” she said of when she first got into the entertainment industry.

In addition to Atlanta, she has lived and worked in Nashville’s entertainment industry as well, landing a role in a Dave Ramsey commercial and being an extra on other projects.

Through networking and her experience, she has a few bigger prospects potentially in the works.

Looking towards the next goals

As checking off on her list of goals from 16 years, ago, Gilleylen is now working towards the next set, which includes joining the union, taking more barber classes, starting a mobile cosmetology school and publishing books.

“I don’t care how many things I have behind my belt, I’m always open to learning things. Sometimes when you progress in the industry, you have a lot of things that are very prideful. I’ve told God if I become rich and famous and my heart changes, I don’t want this because I don’t want to be somebody I’m not and have the status that I’m somebody I’m not,” she said.

Notifications to be sent for Highway 125 address changes