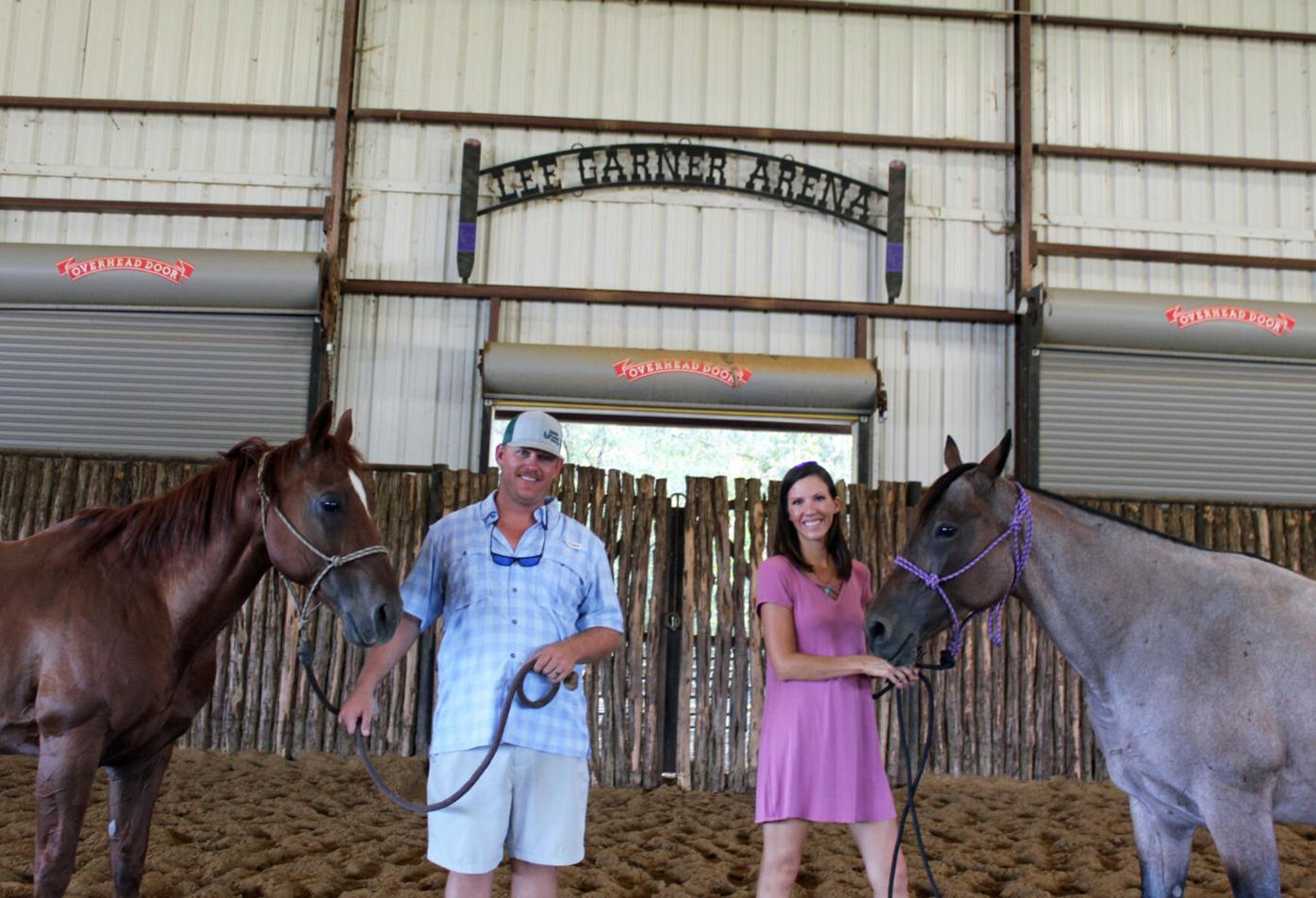 Kassidy and Alyssa Houpt stand with a couple of cutting horses inside the Lee Garner Arena. The couple moved from Pontotoc to Prairie and are bringing new life to the dying sport of cutting horses for the region. 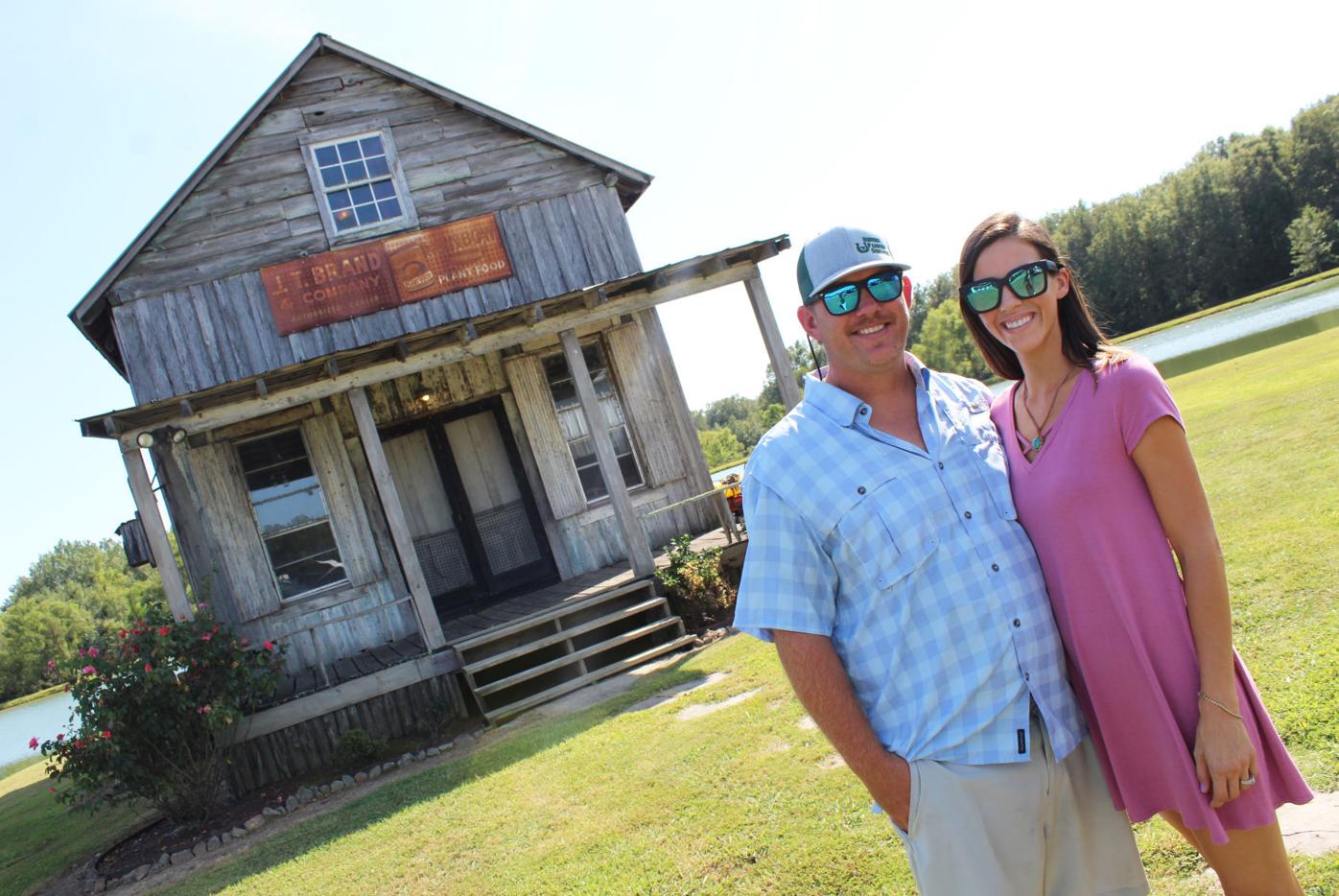 The Houpts stand in front of their temporary living quarters, which used to be the Una General Store. It was moved and renovated years ago from the Clay County community to Prairie. 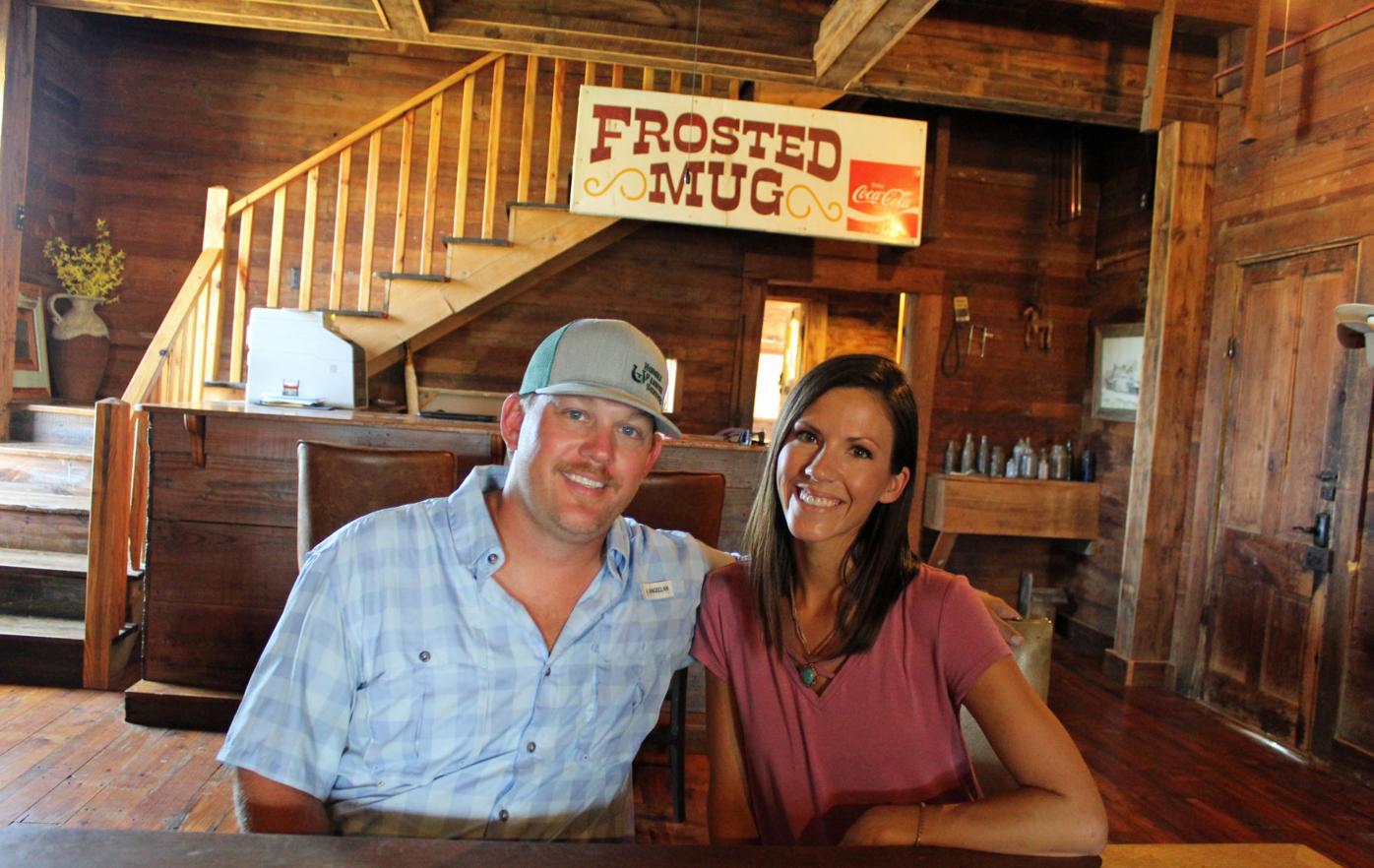 The Houpts sit at their dinner table inside the former Una General Store. 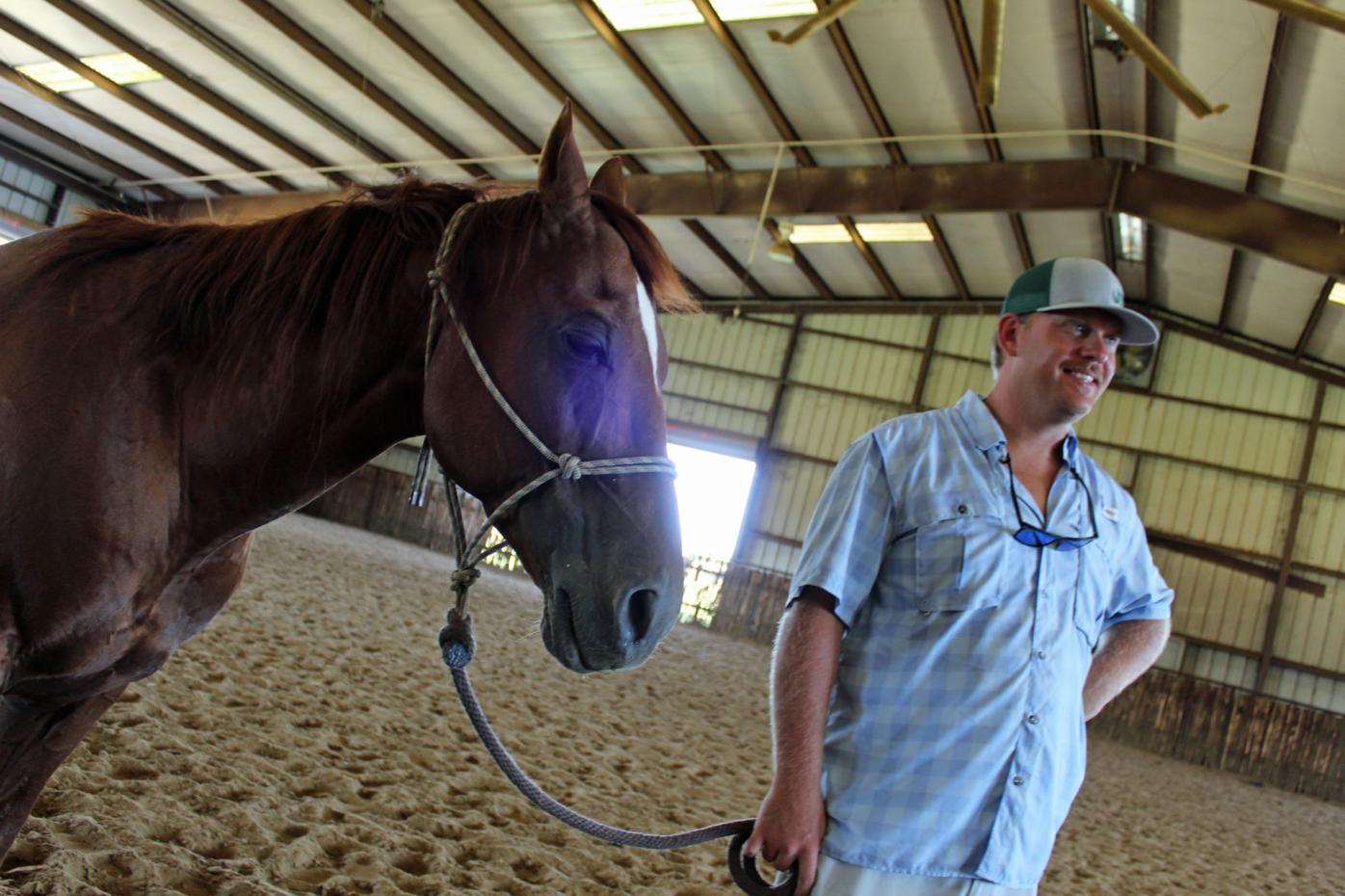 Kassidy stands inside the arena with one of the cutting horses. 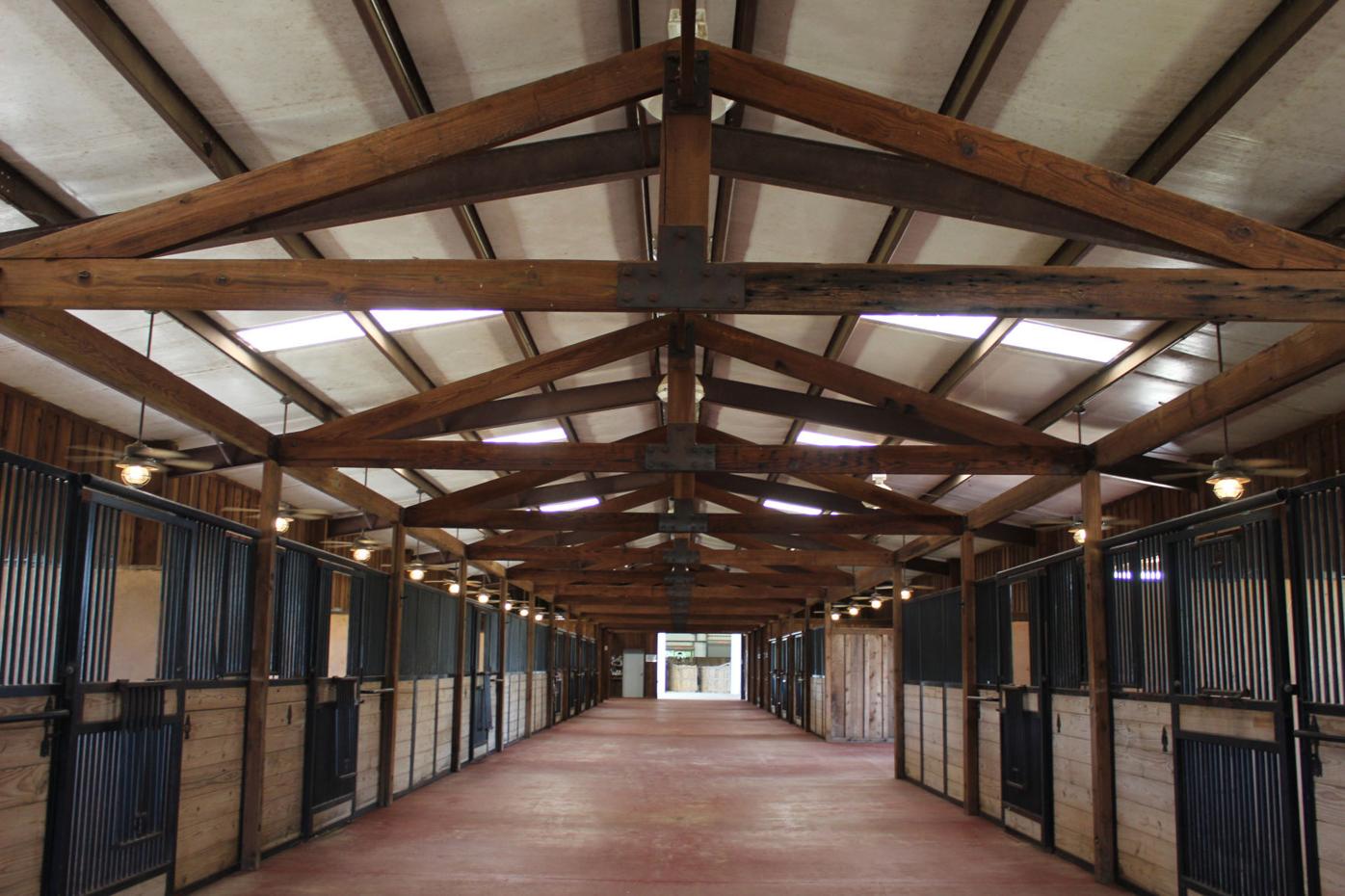 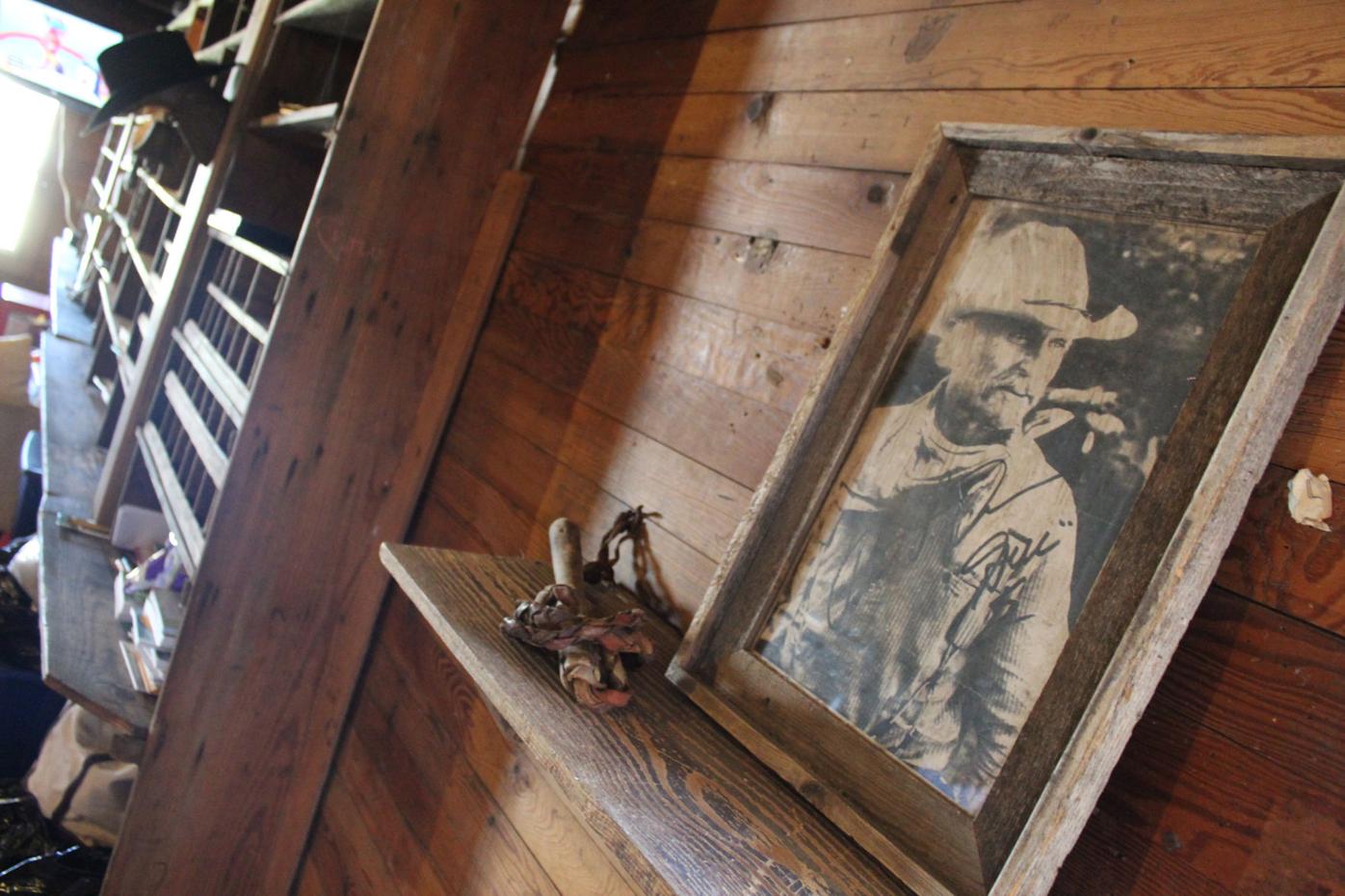 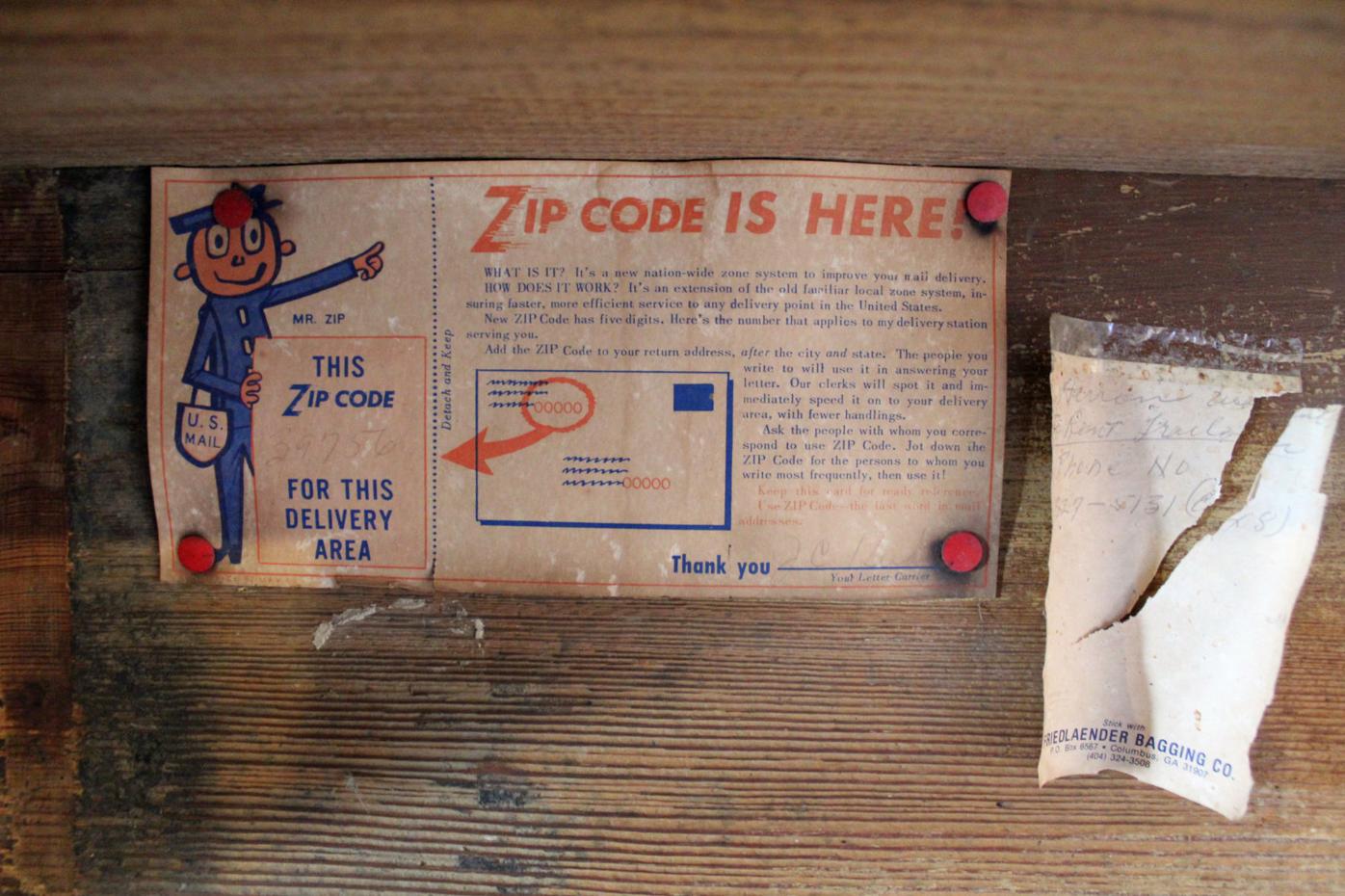 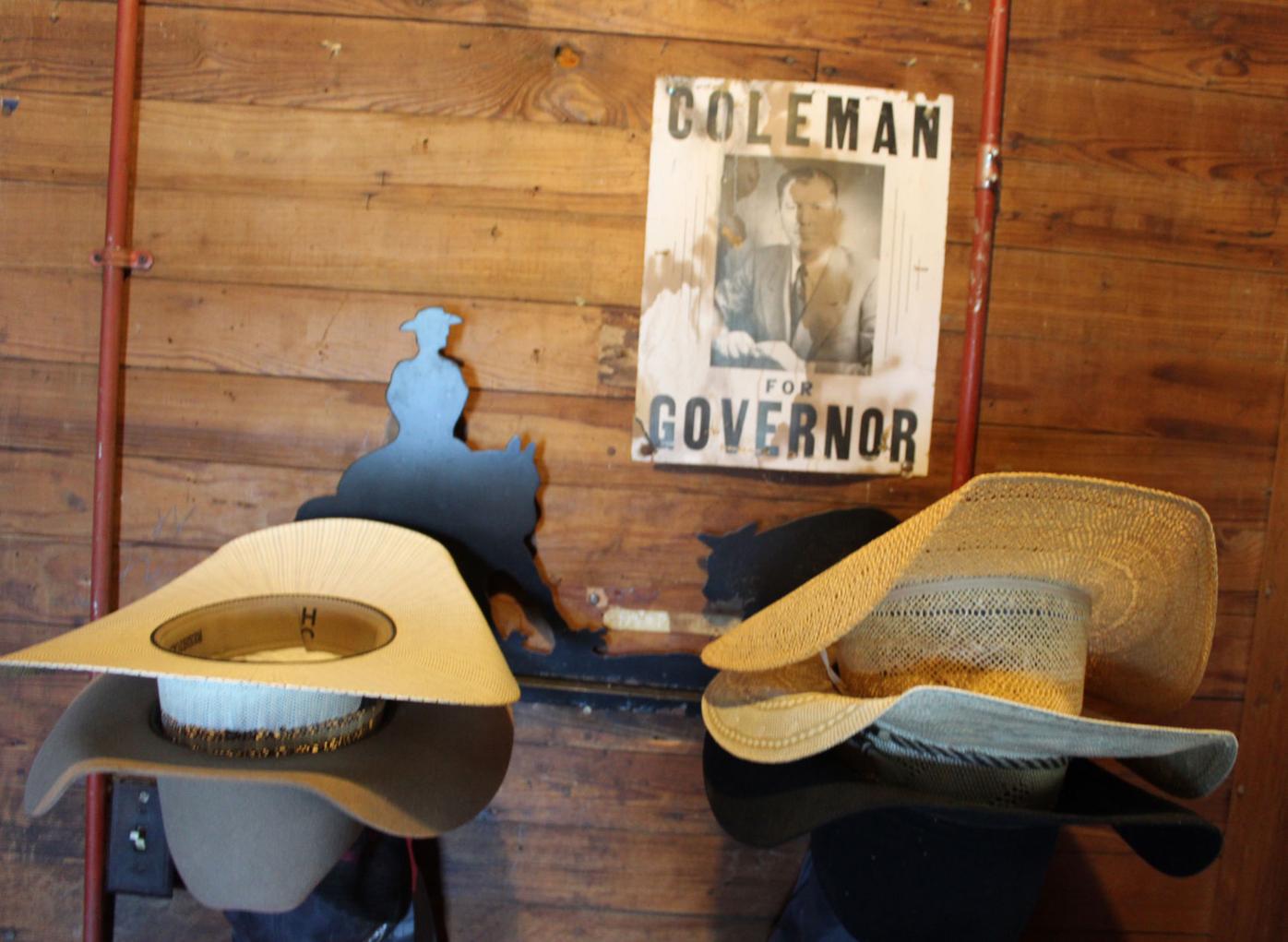 Kassidy and Alyssa Houpt stand with a couple of cutting horses inside the Lee Garner Arena. The couple moved from Pontotoc to Prairie and are bringing new life to the dying sport of cutting horses for the region.

The Houpts stand in front of their temporary living quarters, which used to be the Una General Store. It was moved and renovated years ago from the Clay County community to Prairie.

The Houpts sit at their dinner table inside the former Una General Store.

Kassidy stands inside the arena with one of the cutting horses.

Along with that comes their spark to bring horse shows back to the area. The Houpts own Infinity Ranch, which is located near the Lenoir Plantation alongside Lenoir Loop. Whereas horse shows used to thrive in the 1980s and 1990s at a park alongside Highway 382, they’re bringing new life to a dying sport for the region – cutting horse shows.

“It’s all fallen into place. They came to us about the shows and we’ve started having them here. They’ve got jackpot cuttings, which aren’t sanctioned shows; they’re just fun shows,” Alyssa said. “The cutting horse association was drying up around here, and it needed something and they came to us and it’s all worked out just right.”

Cutting horses are the elite athletes when it comes to quarter horses.

“When you go to team roping and barrel racing and a lot of those other sports, they want cutter rejects because those cutters are bred to be very athletic. They’re good on their feat. They’re the running backs and they’re made to move. They’re probably one of the most intelligent horses there is. There’s no other discipline where the horse is trained to make the decision. A cutting horse has to; you’re just a rider.

“A cutting horse is blocking the cow. He is stopping it and making the moves. The point of cutting is you go into a herd. Like in cutting, we’ll work a herd in one block so cows will be together. When you go in with a cutting horse, the goal is to drive a cow out. Then you put your hand down, and that horse holds that cow out of the herd,” Kassidy said.

He said they’ll have to run a couple hundred heads of cattle to supply for shows. He is turning row crop land into pastureland in order to do so.

“There used to be a really big place in Batesville, and the guy who ran it passed away and this arena is named after him – Lee Garner Arena. After Batesville dried up, you could tell the cutting horse sport around north Mississippi – our association, the North Mississippi Cutting Horse Association – couldn’t find a place to show. We got the idea that we wanted to build an arena,” Kassidy said.

The Houpts started hosting shows in June and have several already booked on into 2021.

“When COVID hit, all the public facilities shut down. We talked to the [county] supervisor, and he said to go ahead. Once they okayed it, that first show was a big-time sanctioned show, but it was huge because no one was having anything anywhere and everyone came to it,” Kassidy said.

Alyssa said there are 21 sets of rules to occupy in two and a half minutes in the sport, making it challenging. Scoring is based on several components such as finesse.

“Cutting horses have been around for thousands of years, ever since farming,” Alyssa said.

The competitive end started in Texas among ranchers proving who had the best cutting horse, and the sport grew from then.

A month after purchasing their first cutting horse, the Houpts lost their 2-month-old son, Kolton, following a drowning accident in 2016.

“We just bowed out from everything in life,” Alyssa said.

“He was getting to where he was talking about a little, and the only thing you could really make out was, ‘To infinity and beyond.’ The crazy thing is after that happened, infinity kept popping up everywhere,” she said.

A cowhide rug in their bedroom has an Infinity brand they never previously realized.

“Everything we do, we want to honor his memory and keep his little memory alive. That’s one way we can do that. He was at Le Bonheur several days. We’ve done toy drives for them in the past at Christmastime. We want to eventually have charity events,” Alyssa said.

The Houpts have talked to Booger Brown from INSP’s reality show “The Cowboy Way Alabama” about participating in a potential fundraiser.

Kassidy found the property Infinity Ranch occupies years ago and saw it was available for sale more recently.

“Prairie is a magical place. I grew up in Pontotoc and knew a little about this area but not the history of it. Once we got down here, we fell in love with the history of it because it’s such a different area. It’s desolate.

“I had no idea this place was so deep rooted in cattle in the Black Prairie Belt down here,” Kassidy said.

While the Houpts have been enamored by the history of the area, they’re currently living in a piece of nearby Clay County history in the original Una General Store until they build their home.

“It has all the ledgers in it from the 1890s. It’s funny because my family owns a firearms store in Pontotoc, and one of our main customers was talking about the place. I was showing him pictures of the old store and he said, ‘I have eaten a bologna sandwich inside that store,’” Kassidy said.

The store was owned by J.T. Brand, who owned extensive amounts of property and had strong connections in Washington D.C.

“He bought everything from Colt pistols and paddles to bologna sandwiches and beans and rice,” Alyssa said.

The store was a hub for Brand’s cotton gin business. Kassidy was told Brand’s land was donated to Mississippi State, and the late Lynn Davis, who once owned the Houpt’s property, moved the general store and renovated it.