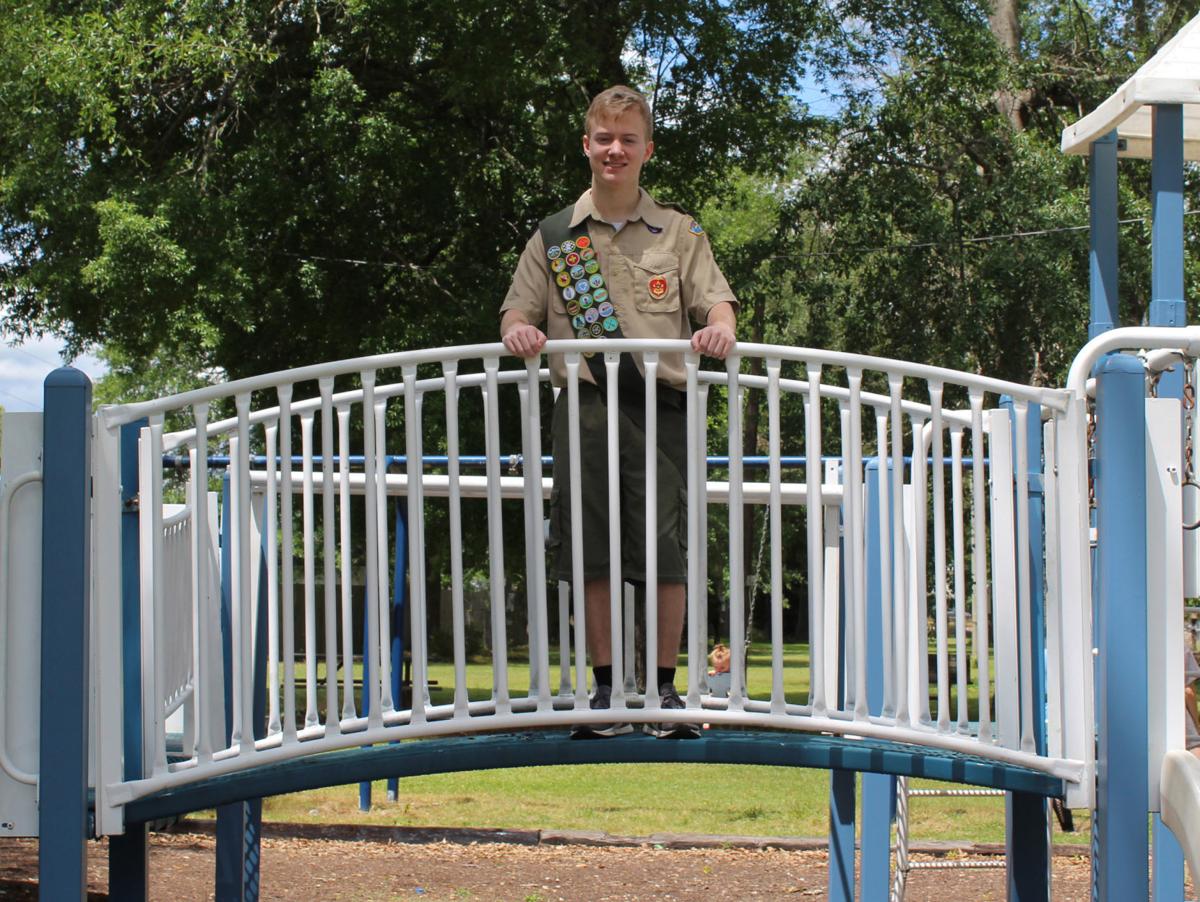 Smithville senior Patrick Thomas stands on the bridge of the playground at Rod Brasfield Park. Thomas did a revitalization project on the park as part of earning his Eagle Scout badge. 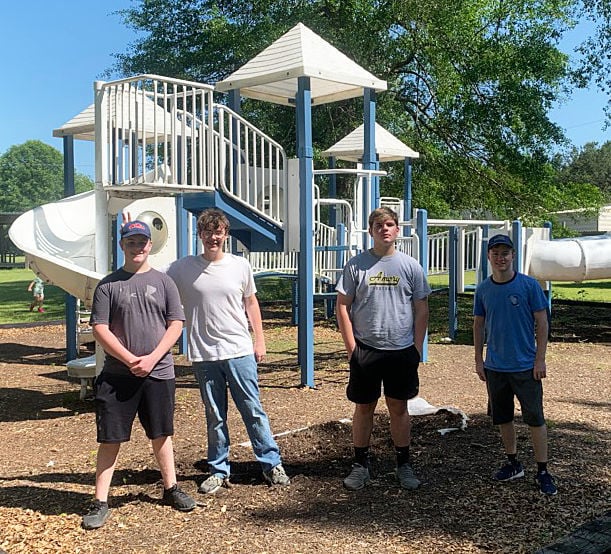 Smithville senior Patrick Thomas stands on the bridge of the playground at Rod Brasfield Park. Thomas did a revitalization project on the park as part of earning his Eagle Scout badge.

“One of the big reasons I chose this was it’s in my hometown, my home school. I thought it was a good project to do,” Thomas said. “It wasn’t too hard, which actually wasn’t the purpose. It was definitely about helping out the town and just improving the look.”

The revitalization included power washing and repainting the playground equipment and cleaning up the area around the park, which included picking up limbs and branches. The project took Thomas five weeks to complete.

“The power washing was difficult because so much of the playground is white,” Thomas said. “Then we decided to re-paint everything because it just needed a whole new coat.”

Thomas has been a member of the Boy Scouts for seven years and also had to earn several merit badges to reach the rank of Eagle Scout, the highest honor for the Scouts. There are 21 different merit badges required for becoming an Eagle Scout.

“The merit badges and all the required merit badges are first and most important when becoming an Eagle Scout,” Thomas said. “A few examples are first aid, and you learn a lot through that. It’s one of the most important. You also have swimming, which is definitely good for exercise. You go through all that, and then you have the project, which has gained even more importance since back when the Scouts were first introduced. It’s not just Eagle, it’s everything else from every other rank from Tenderfoot all the way to Eagle.”

The Town of Smithville was also grateful to Thomas for his revitalization of the park.

“We are very much aware of how much time and effort went into this project,” Mayor Earl Wayne Cowley said in a press release. “Patrick’s choice of the Brasfield Park displays his leadership, skills and dedication to our town, and we thank him for that.”

Thomas is a second-generation Eagle Scout, and his father and Scout leader, Matt, has seen his son work hard while gaining the ranks as a Boy Scout.

“When he was 11 years old and went to summer camp for the first time, he was signed up for wilderness survival. One of the things about it is that you’re supposed to go out and make your bed and shelter outside,” Matt said. “It was really for an older Scout, not for a beginning one, and he was so nervous about that. I came home from camp that night and found out the next day that he had gone out and done it and slept out in the woods by himself. I was like, ‘Why did you do that?’ and he said, ‘Look, I already did all the other work to get the merit badge. I wanted to get it.’ He did that and everything else it has taken to get it. I’m proud of him as his dad and his Scoutmaster.”

Patrick hopes his years in the Boy Scouts can help him in his college and professional plans.

“For any college, it’s a really good opportunity to get any scholarships when you tell them about it. It’s also big with job opportunities,” Matt said. “Being an Eagle Scout is a really good thing to put on your resume. It’s a big achievement, so they will notice that.”

Patrick plans on attending Itawamba Community College and majoring in computer engineering. While at Smithville, he was a member of the football team and the Technology Students Association.