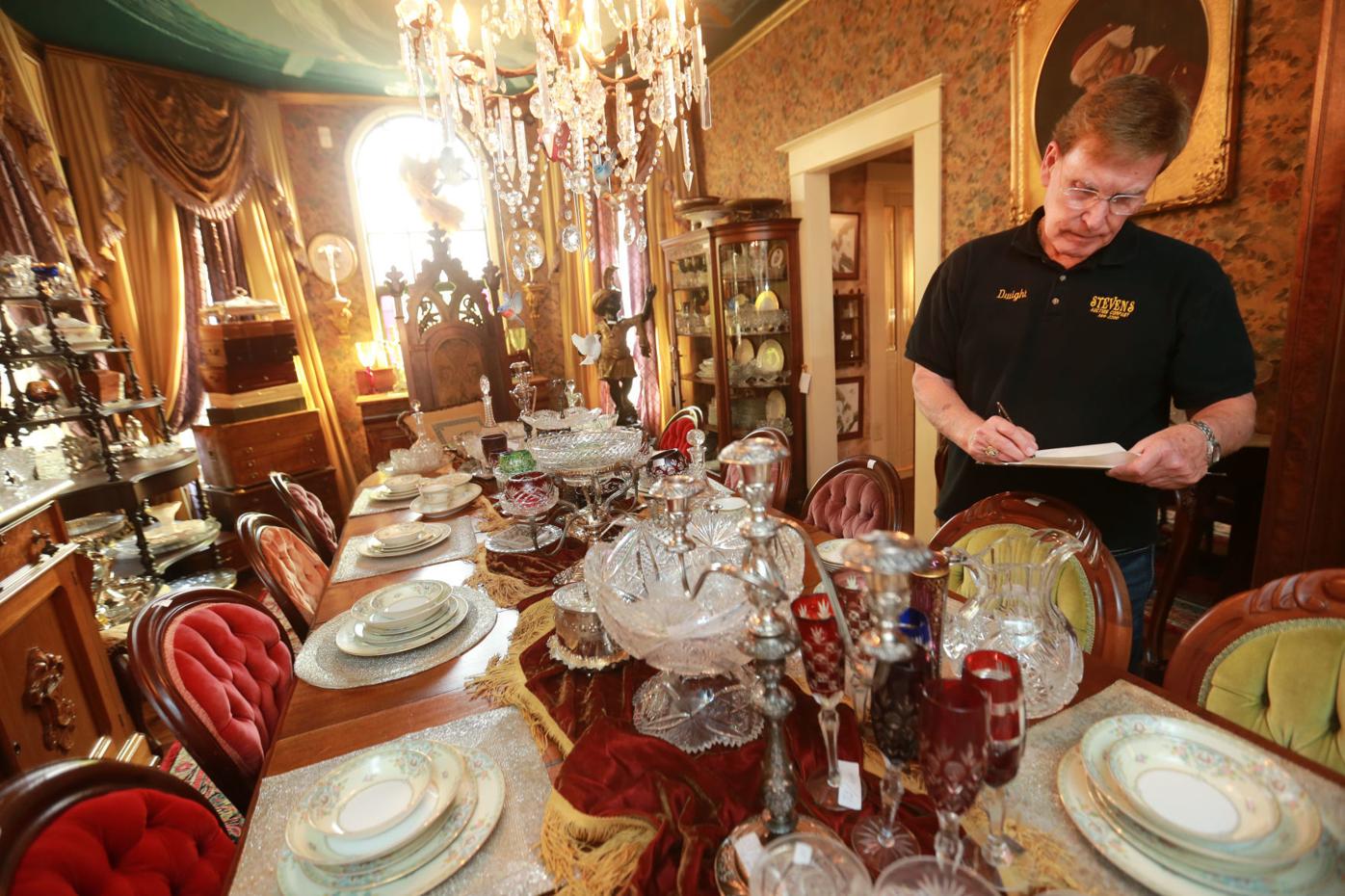 Dwight Stevens takes inventory of items at the home of the late Tom Evans. Stevens’ company will have an estate auction at Evans’ home Oct. 17-18 in Tupelo. 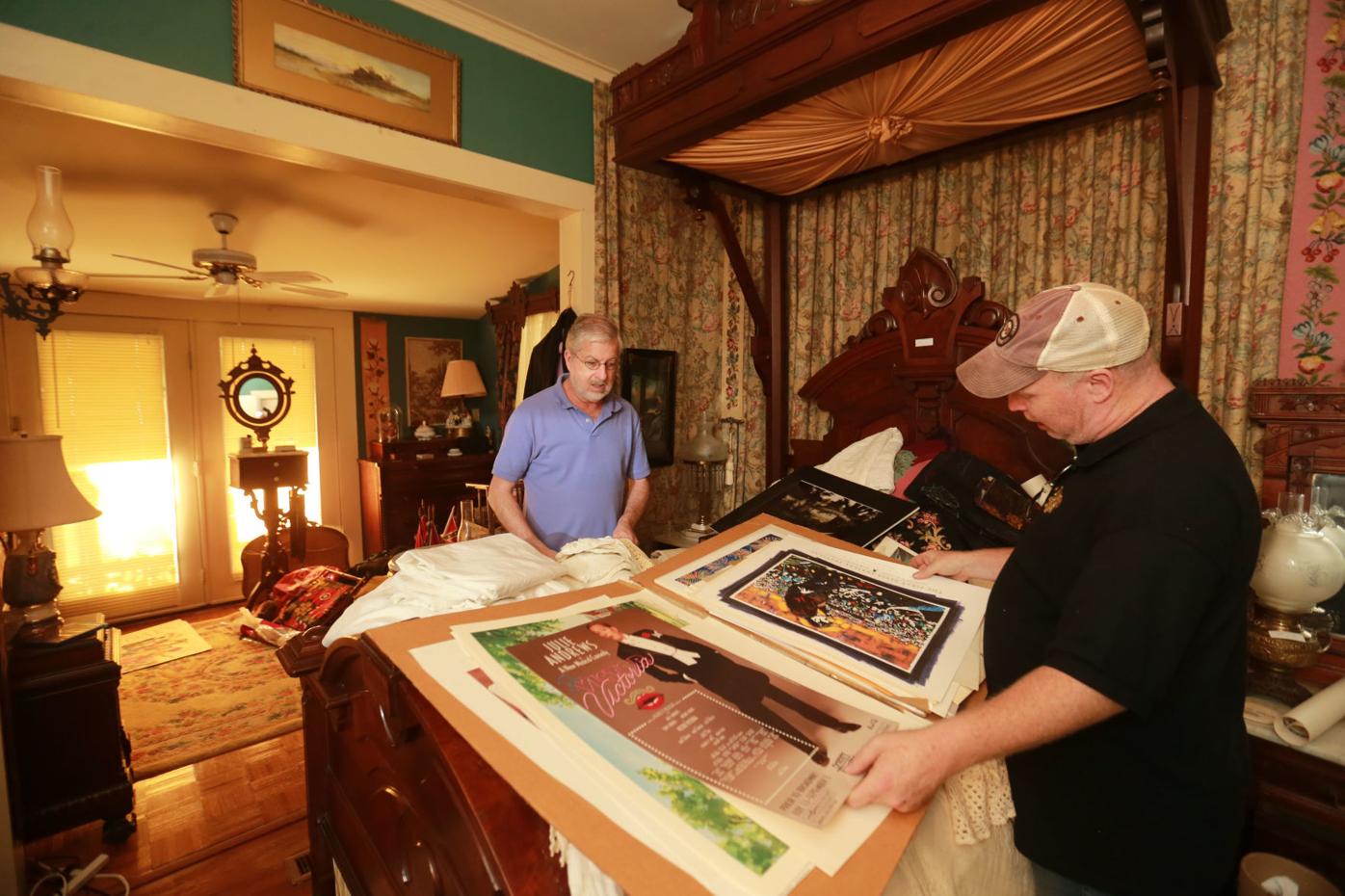 Randy Emerson, left, and Neil Palmer, who work with Dwight Stevens, go through items to be sold at the estate auction at Tom Evans’ home. 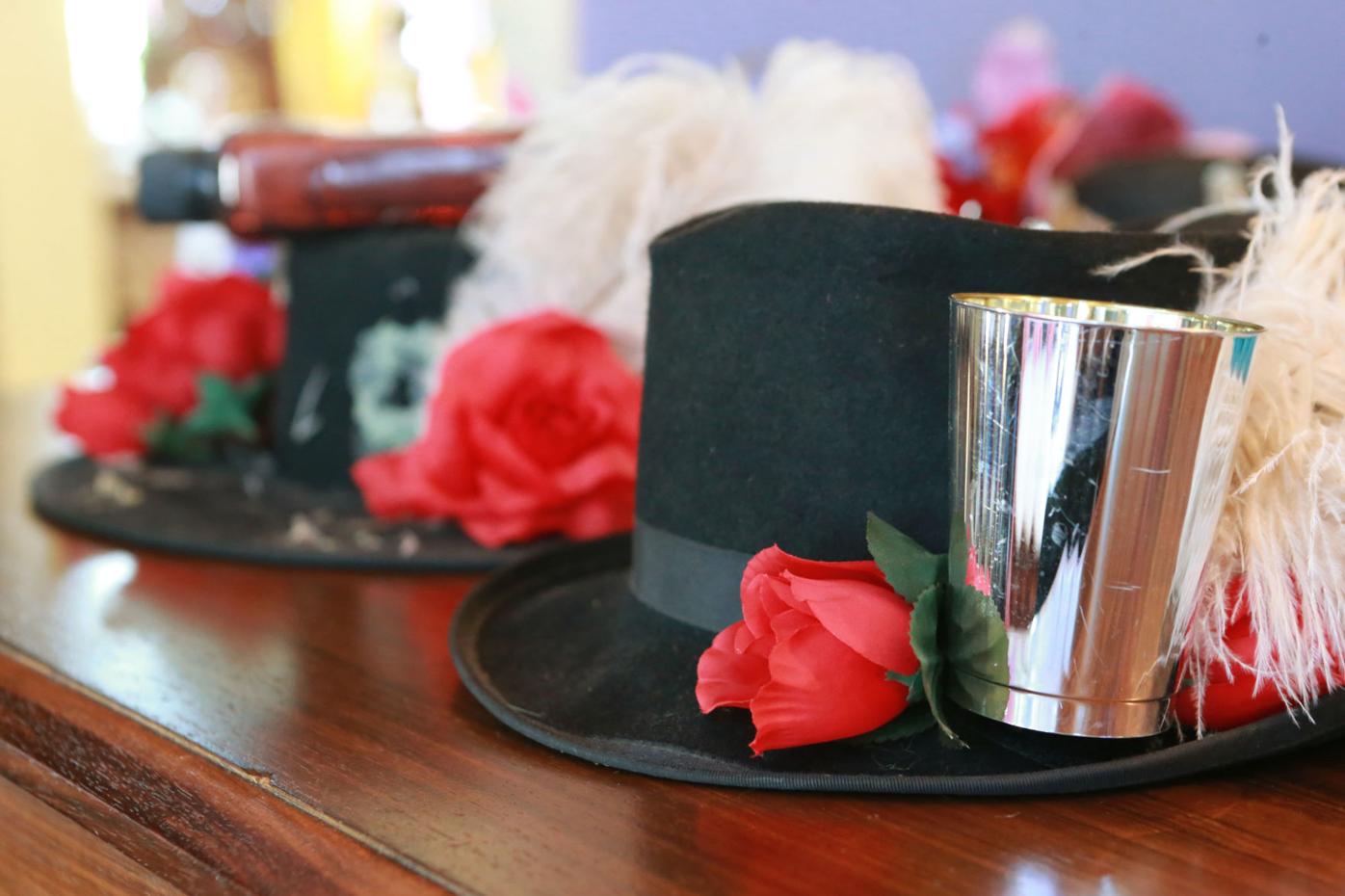 Tom Evans’ famous Derby Day top hat is up for grabs at the auction.

Dwight Stevens begins taking inventory of the items at Tom Evans home as they get ready to auction off his belongings.

Dwight Stevens takes inventory of items at the home of the late Tom Evans. Stevens’ company will have an estate auction at Evans’ home Oct. 17-18 in Tupelo.

Randy Emerson, left, and Neil Palmer, who work with Dwight Stevens, go through items to be sold at the estate auction at Tom Evans’ home.

Tom Evans’ famous Derby Day top hat is up for grabs at the auction.

Dwight Stevens begins taking inventory of the items at Tom Evans home as they get ready to auction off his belongings.

TUPELO – For 20 years, the late Tom Evans hosted mint julep-sipping and seersucker-clad crowds every May for his Derby Day parties to benefit the Regional Rehab Center. He passed away Aug. 5 at age 72 in the North Mississippi Medical Center’s hospice unit. He was admitted to the hospital the previous week for pneumonia.

Even though he is gone, his legacy remains on the area and his collection of antiques will continue to benefit the Regional Rehab Center. Stevens Auction Company of Aberdeen is conducting his estate auction Oct. 17 and 18, with open houses Oct. 11 and 16. Much of the auction’s proceeds will benefit the center.

“Tom was always aware of the inevitable that death was coming. I mentioned to him one day what a mess it was going to be with his estate and I told him I wasn’t going to do it. He laughed at me and said, ‘Oh yes, you will.’ He had in his will for me to do it. He had all these things he had left to different ones and then he had in there he left the crown jewel prize to me,” said auction company owner Dwight Stevens of conducting this week’s auction.

In their adult years, the two of them traveled together throughout the world and everywhere they went, Evans displayed his personality both through being sociable and by never suppressing his southern background.

“We were walking in New York right down from Times Square, and the phone rang. We were among all these people and Tom said, ‘Why, there ain’t nothin’ to cannin’ tomaters. All you gotta do is boil those jars,’ and he proceeded to tell about canning tomatoes. I just walked off,” Stevens said, adding Evans would strike up new friendships while on cruise ships and trains throughout the world.

A love of antiques

Stevens and Evans were friends for 50 years, tracing back to when they met at Ole Miss when Stevens transferred in as a junior and Evans was in his first year of pharmacy school.

“He’s always been a close friend. After he had his accident falling off a ladder and crushing his ankle, he couldn’t stand up all day as a pharmacist. He was just looking for something else to do and he loved antiques,” Stevens said.

Evans went on to help at the auctions for seven or eight years before he was unable to due to health.

“He had his own customers that he called about things. It was just his organization was really beneficial to my company.”

While working for Stevens Auction Company, Evans could never resist the opportunity to purchase beautiful antiques.

“I’d ask him, ‘Where are you going to put this in this house?’ He’d always said, ‘We’ll find a place.’ His house has thousands of items, pretty good items, some he couldn’t even display. He kept them in boxes, in his attic, in his garage, under beds,” Stevens said.

“Anytime in the 41 years I’ve been doing this, anytime the proceeds go to charity, it always nets a lot more,” Stevens said. “So far, it’s caused more interest – thousands of emails and questions.”

Estate items will be cataloged and auctioned in numerical order, and Stevens anticipates 60 items to be sold every hour.

An annual event that helped make Evans famous in the area were his annual Derby Day parties. Stevens said the events included live music, silent auctions, an assortment of food and mint juleps.

“They watched the race. People came from everywhere; they wouldn’t miss it. Tom would have everyone dress up like they did at the Kentucky Derby with their hats,” he said. “It was a big involvement, but they raised up in the thousands every year. Through the years, they raised hundreds of thousands of dollars. This benefited the people that went to Regional Rehab that couldn’t afford it. It was an extremely good cause.”

Stevens said Evans was drawn to adopting the Regional Rehab Center as his favorite charity after being asked to help one time.

“After he went and saw and met all the kids and all those people coming there, he got to know every one of them,” Stevens said.

The nonprofit Regional Rehab Center serves North Mississippi by offering services such as occupational, speech and outpatient physical therapy; dyslexia treatment; early childhood intervention; and audiology services at no charge to clients or their insurance companies.

Stevens said Evans was the type of person who didn’t stop with just that entity in giving back.

“He always lent himself to anything that had to do with charity. He was a host at my house when I opened for Pilgrimage. As a matter of fact, there was one time he hosted by himself because I scheduled an auction without knowing. Anything he was asked, any charity or fundraiser, he would always offer his time and services,” Stevens said.

With his existing knowledge of Stevens’ home, the Adams-French House, Evans was a natural at greeting 300-plus guests the year he hosted for the Aberdeen Pilgrimage.

“He had such a way with people in Tupelo, Aberdeen and other surrounding towns. He was very active in anything that pertained to his particular charities and anything else people asked him. He was willing to do most anything.

“He always said if you didn’t have somebody who didn’t have a loud mouth and could get in there and talk things up, you couldn’t ever get anything off the ground. He was the type of person when he walked into a room, he took charge,” Stevens said. “Everybody knew him and everybody knew he was there for good, so they would listen.”

Stevens said people may register anytime throughout the days of the auction, and pre-registration begins at the open houses. In addition to the in-person auction, it will also be online at www.liveauctioneers.com and www.hibid.com by searching Stevens Auction Company.

For more information, check out www.stevensauction.com.