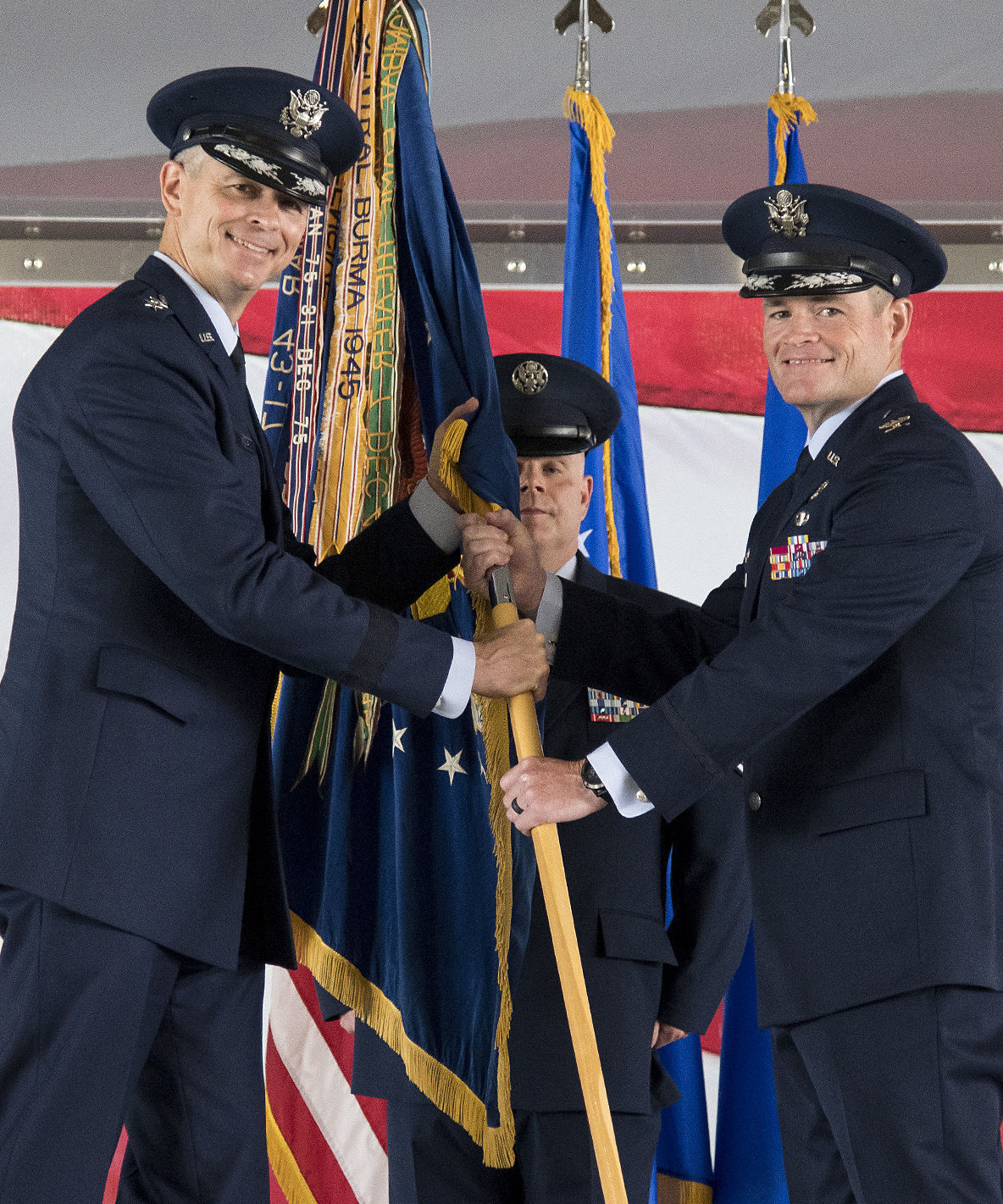 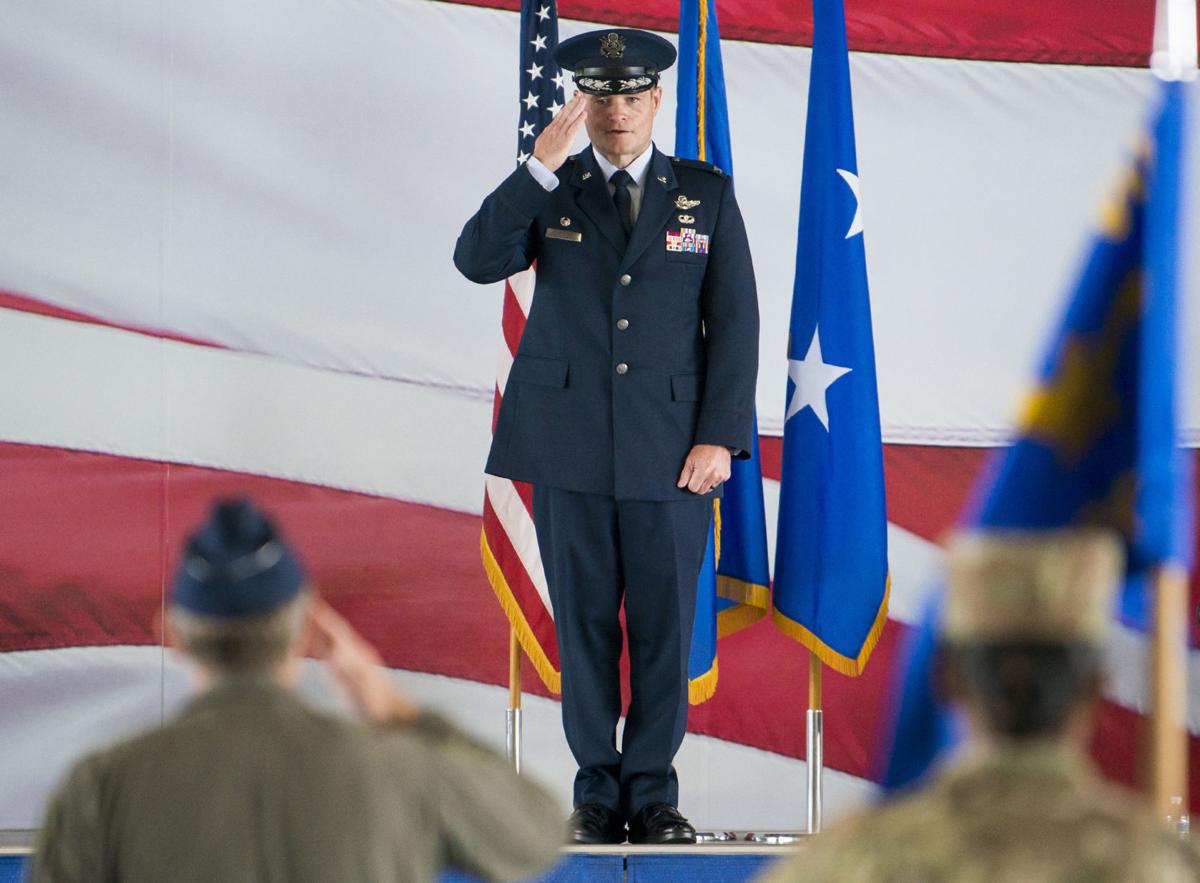 ABERDEEN – Since graduating from Aberdeen High School in 1994, Col. Scott Rowe has excelled in the U.S. Air Force. From attending the Air Force Academy after graduation to being a member of its most outstanding class ever to graduate from pilot training at Columbus Air Force Base, his resume has garnered several milestones.

He assumed his most recent assignment July 27 as commander of the 12th Flying Training Wing at Joint Base San Antonio – Randolph, Texas.

“I’ve really thought a lot about what made him and I really don’t have the answer to that. He was always self motivated. His philosophy was, ‘You may be smarter than I am. You may be more athletic than I am, but you can’t outwork me,’” said his mother, Barbara Ann Rowe.

The spark that ignited his military career began one day in AHS’s cafeteria.

“I was sitting there eating lunch with [former Aberdeen School District Superintendent] Mr. [John] Curlee. Scott came into the cafeteria, and Mr. Curlee said, ‘You know, Barbara Ann, when I look at Scott Rowe, I think military.’ And that was the beginning,” she said. “I’m so sorry Mr. Curlee isn’t here to see where that’s taken him.”

The 12th Flying Training Wing has several missions, and its duties include training all pilot training instructors who will go on to teach student pilots in three different platforms at the various pilot training bases.

“We are the single source training pipeline for Airmen who will go on to operate remotely piloted aircraft and Airmen who will be combat systems operators. We also train cadets at the Air Force Academy in soaring, powered flight and parachute operations,” Scott said via email. “We conduct introduction to fighter fundamentals training for pilots slated to fly fighter aircraft. Finally, we conduct all flight screening training for those who will go to pilot training.”

“My focus will be on improving the quality of training we give our aviators. Despite being the best Air Force the world has ever seen, our training methodology is outdated and has largely remained unchanged for several decades. We are transitioning from a one-size fits all model to one that is driven by individual student comprehension in an immersive environment.”

During last week’s ceremony, Scott took command of the 12th Flying Training Wing from Col. Mark Robinson, who graduated more than 5,500 aviators for the U.S. Air Force during his two years as commander.

“Col. Rowe has a phenomenal reputation as a leader, instructor pilot, strategist and forward thinker,” said Maj. Gen. Craig Wills, 19th Air Force commander, who presided over the change of command ceremony. “You will find no better leader prepared to take on the challenges of the 12th FTW than Col. Rowe, his combat experience, strategic savvy and world-famous servant leadership will be a perfect fit here, he will truly take the wing to the next level.”

A strong background and support system

Two years ago, Scott assumed command of the 18th Operations Group, 18th Wing at Japan’s Kadena Air Base. Prior to that assignment, he taught diplomacy as an Air Force Fellow at Georgetown University’s School of Foreign Service and was vice chief of the office of military cooperation at the U.S. Embassy in Kuwait. From July 2013 to June 2015, he was commander of the 44th Fighter Squadron at Kadena Air Base.

“At the beginning of my career, I was motivated to become the best pilot I could be, which is what the Air Force expected of me. Now I am motivated to help those that follow me reach their goals. People join the service for a variety of reasons: some are running towards something, some are running away from something, and some have nowhere else to go. Playing a small role in helping a service member accomplish something they didn’t think possible is more fulfilling and rewarding than any individual accomplishment,” Scott said.

Barbara Ann said he downplays each career milestone. For her, each advancement is a sense of pride that’s difficult for her to describe.

“I don’t think you get where Scott is without people who believed in him,” she said.

Support from Aberdeen has continued throughout his military career.

“I will continue to do the absolute best job I can do. The Air Force has given me so much, and I feel an institutional responsibility to improve each organization of which I am part,” he said of support from his hometown.

Barbara Ann added the school district and town were both great in raising him.

“One time, I think the last time he took the position in Japan, I had it on Facebook and I put something about being from a small town amazed me. Someone wrote back and said, ‘Most great leaders come from small towns.’ I never thought about it like that, but it stuck with me,” Barbara Ann said. “We can analyze it, but is it because you have more people who invest in you and care about you? I don’t know what it is.”

As far as advice for anyone chasing dreams, he applies a message that fits for anyone.

“Here is the advice I give to our young Airmen, and I think it applies universally. Don’t ever let anyone set the ceiling for what you can or cannot do. Doing so is self-defeating, and you will never reach your potential if you let others artificially limit you. The only limits are those you place on yourself,” he said.