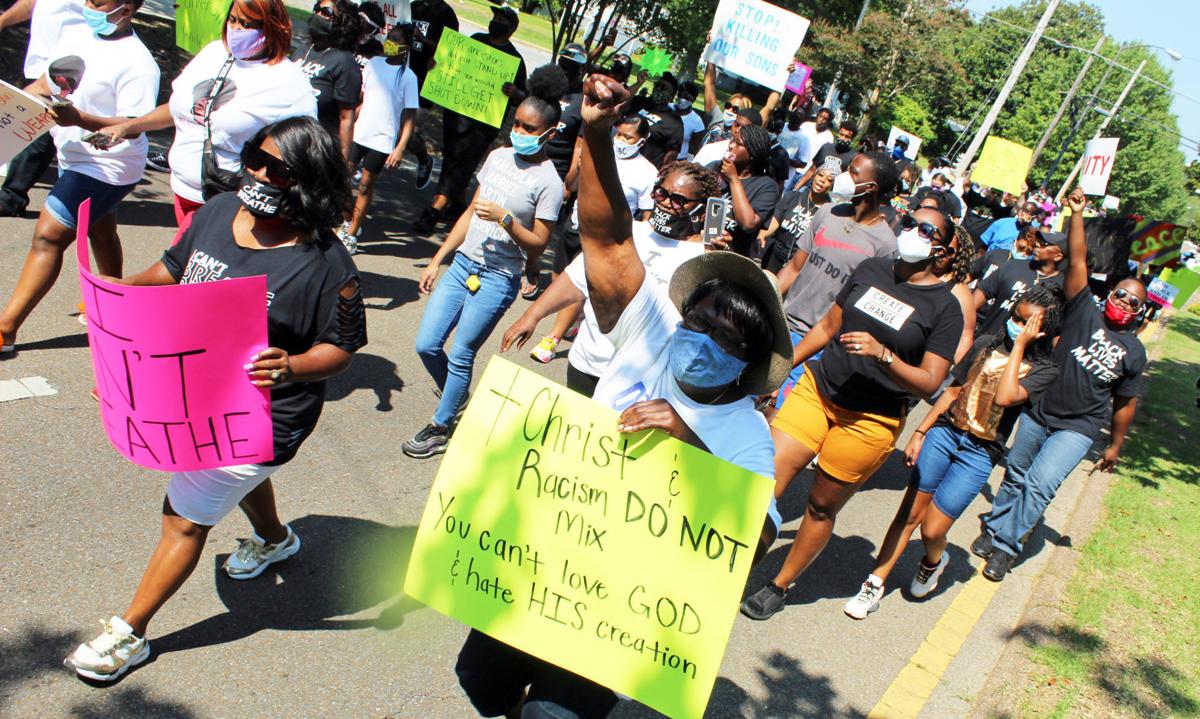 Participants in Aberdeen’s unity march make their way down Commerce Street on the way to City Hall. 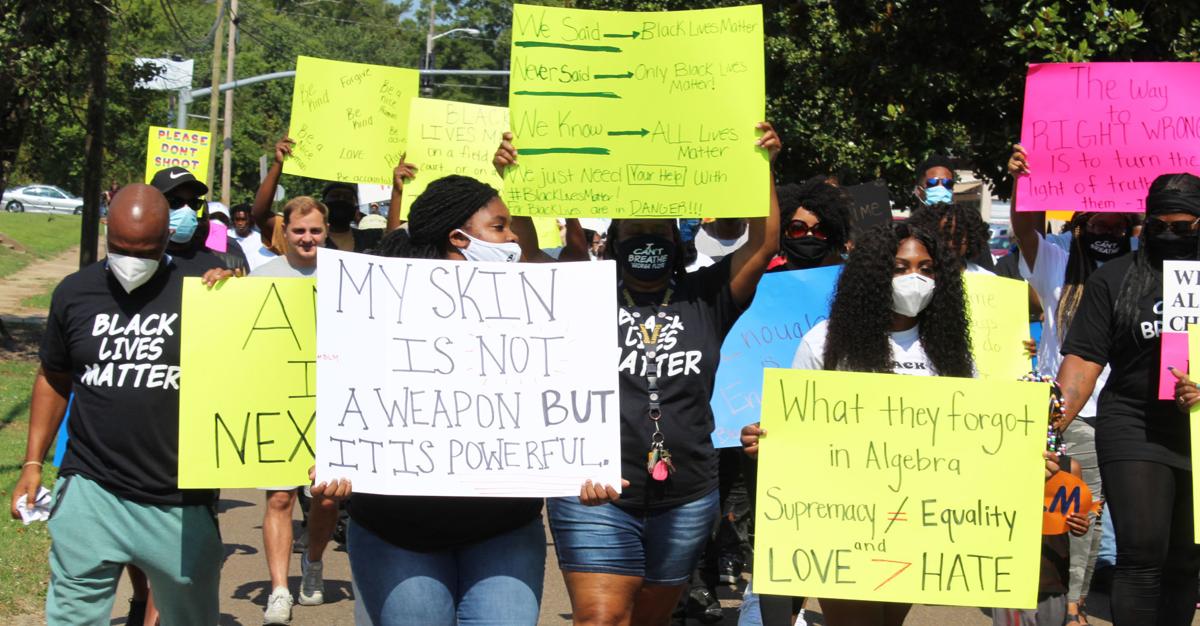 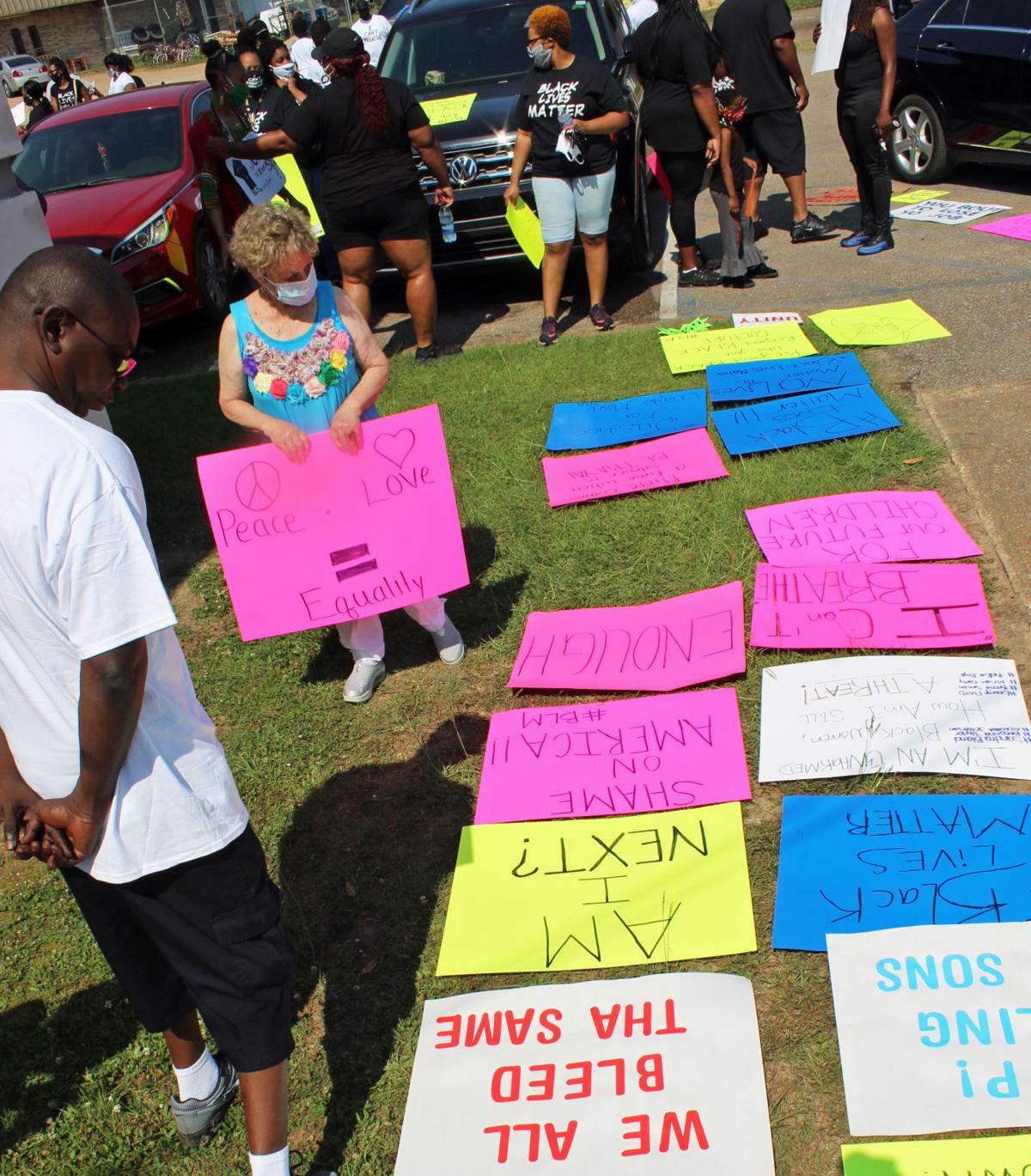 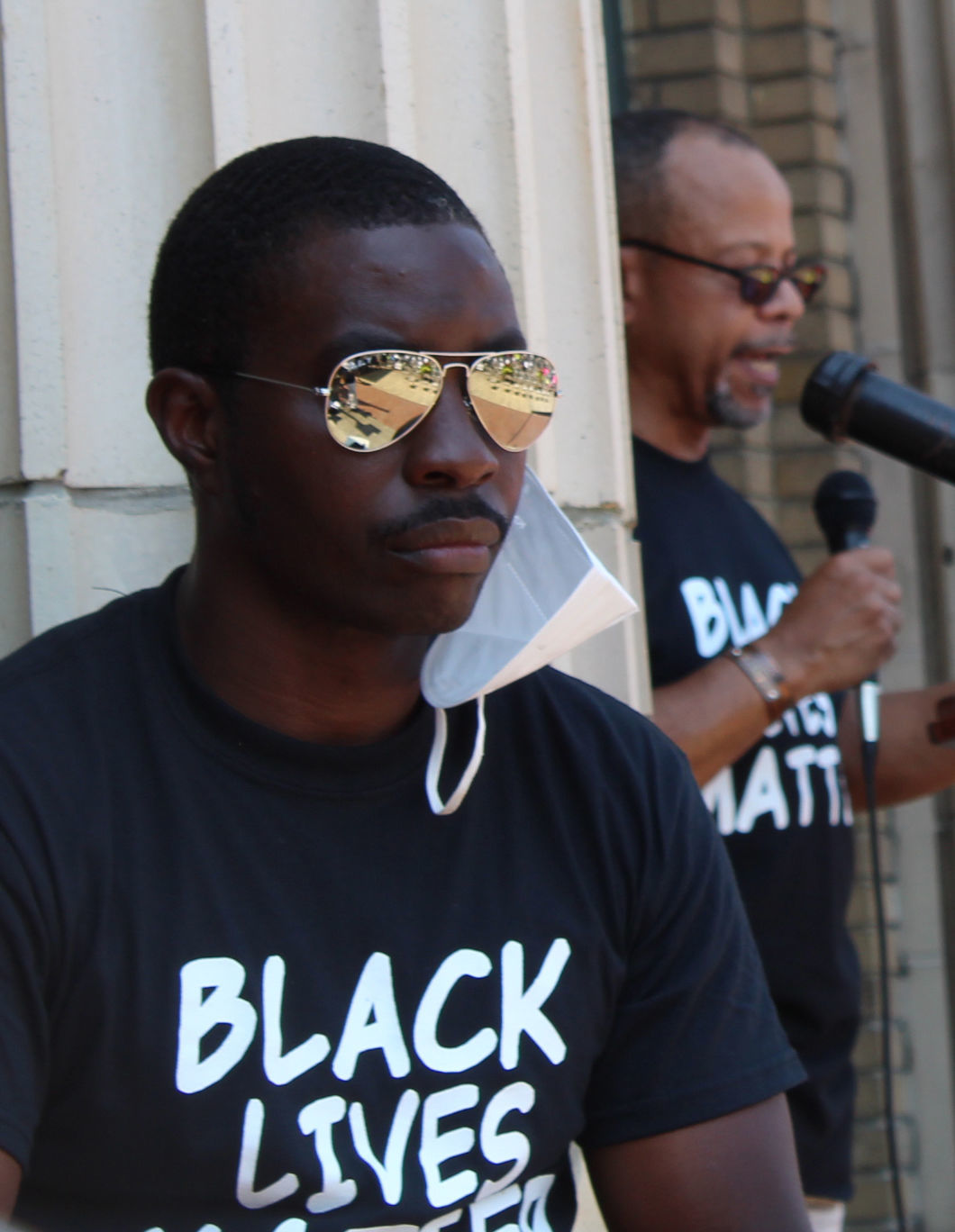 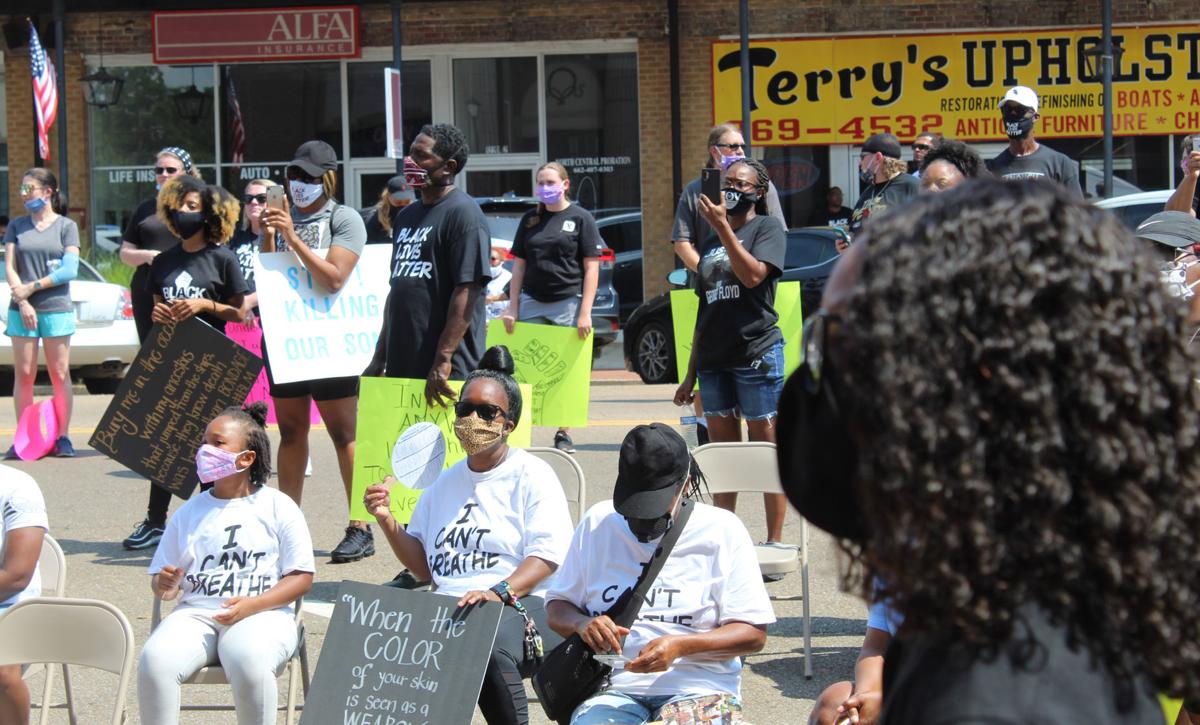 People gather in front of City Hall to listen to the event's speakers. 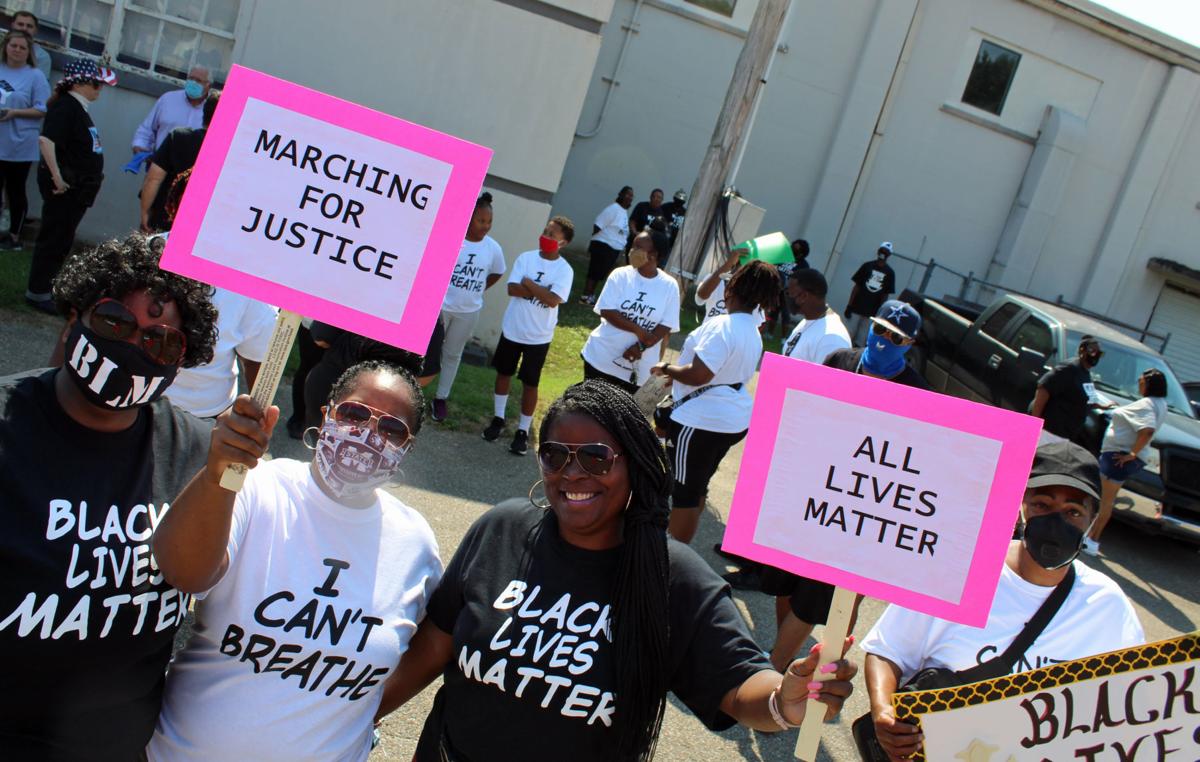 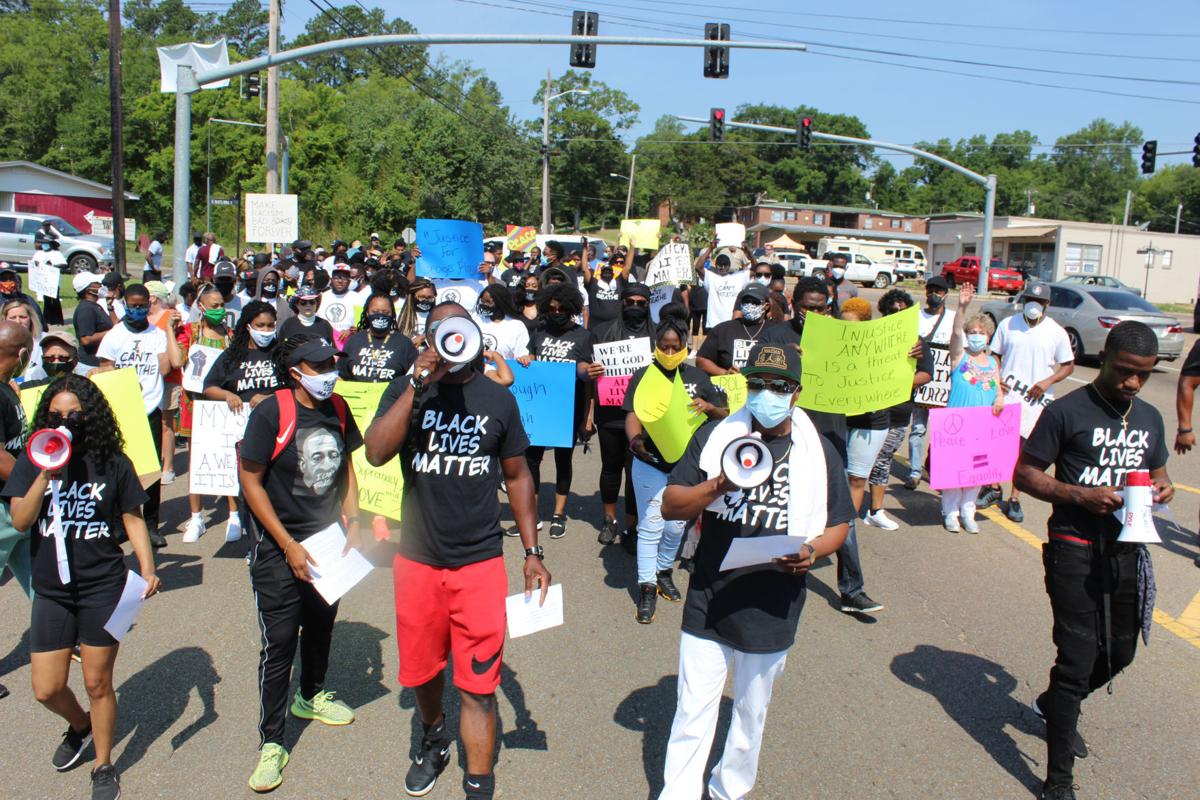 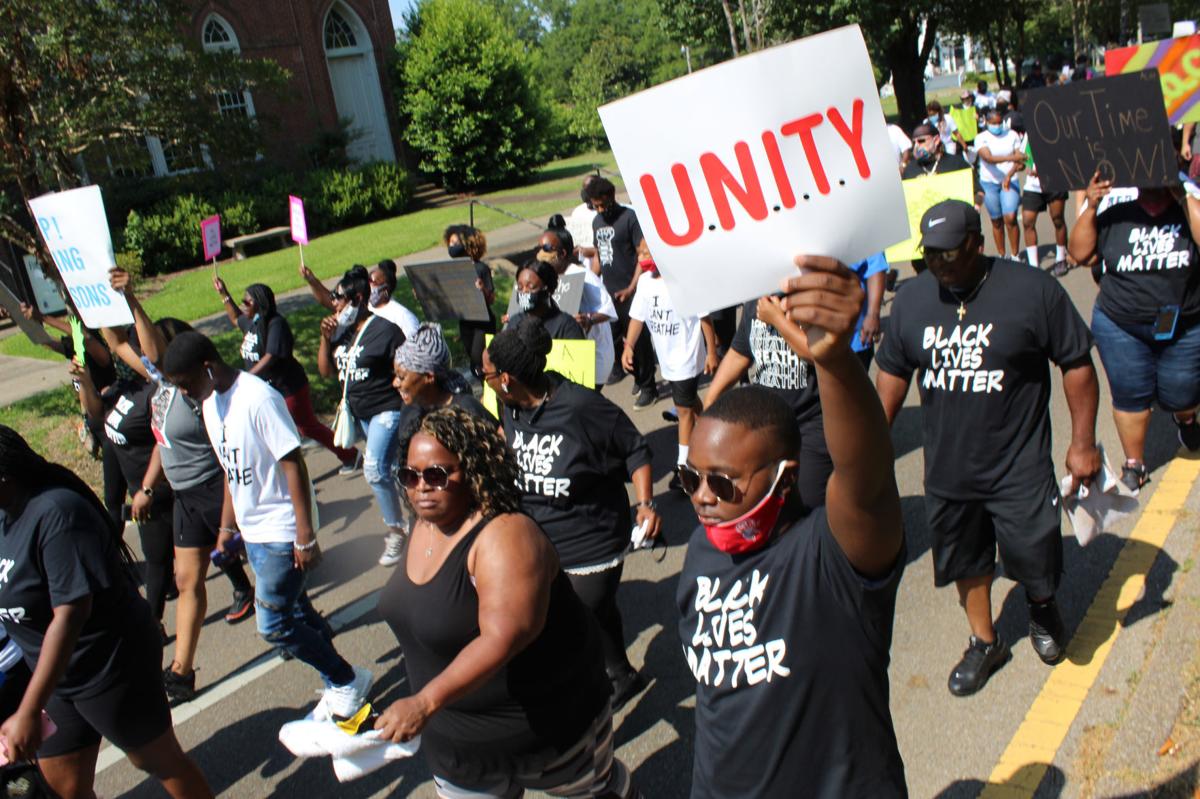 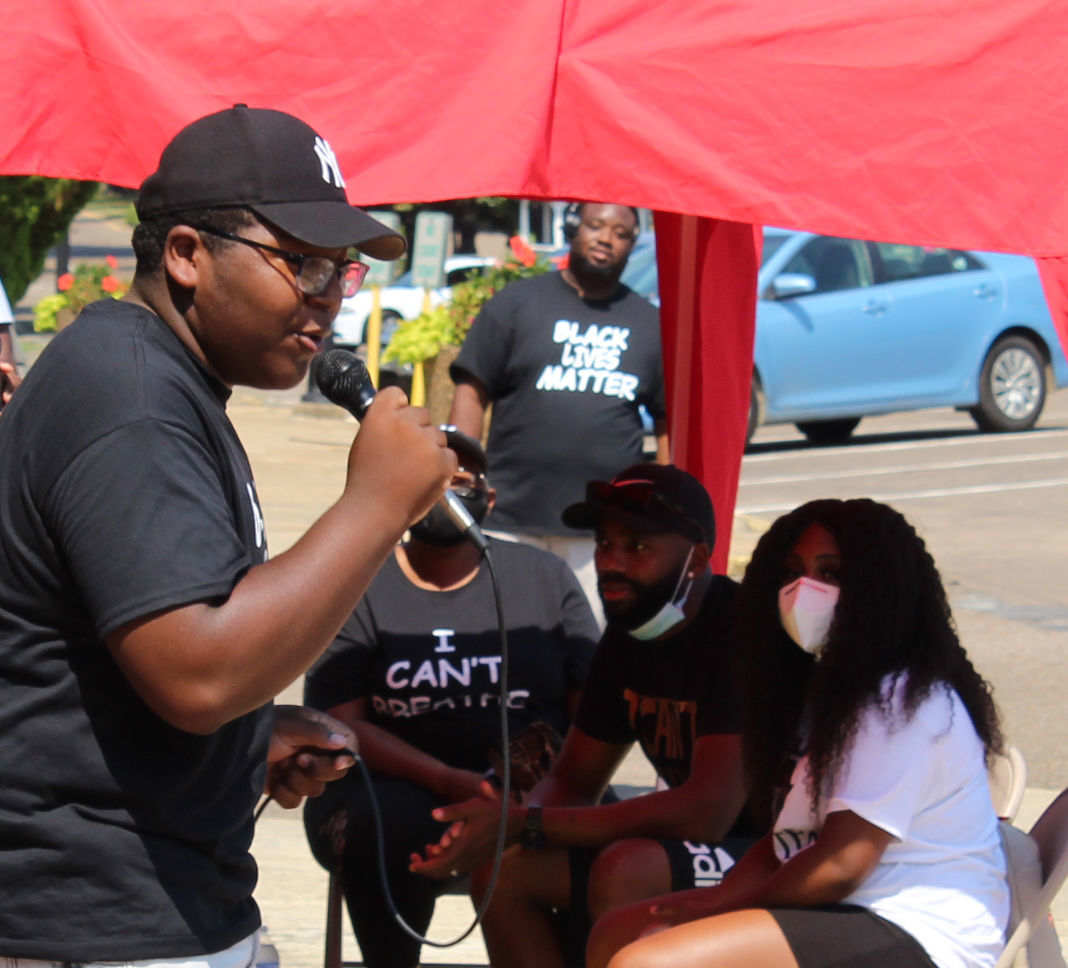 Participants in Aberdeen’s unity march make their way down Commerce Street on the way to City Hall.

People gather in front of City Hall to listen to the event's speakers.

ABERDEEN – “It starts in our hearts, next in our homes and then out in public.” That’s the way Michelle Stewart, co-organized a June 20 unity march through downtown, described what it takes to overcome racial division.

“Let it be known that after today is when the real work starts,” she said. “We must show progress and action and not just talk. This won’t be a one-day highlight; we’ve got more work to do.”

Participants of the march crammed tight in the southbound lanes of Commerce Street from Matubba Street to City Hall, yelling the names of African-Americans who lost their lives to police brutality on a national level and phrases set by that tone such as “No justice, no peace” and “I can’t breathe.”

“This is a new beginning, Aberdeen. I look around and see all kinds of ethnicities together in place for one common ground,” said Mayor Maurice Howard.

“I’ve been reading the Bible a long time and unless something changed, there’s only one Heaven and one hell. If you can’t get along here, what are you going to do in Heaven? What are you going to do if you don’t make it to Heaven? The word means unify, unification. Let all this hatred go because at the end of the day, we’re going to be here in Aberdeen. If you don’t love your neighbor, it’s time to start,” he said.

“However the vision that’s in these streets is much different. The vision our cell phones captures is that I’m more likely to be killed by a police officer because I didn’t say, ‘Yes sir’ or I fit the description or I reached for my cell phone and he thought I had a gun,” he said of national police brutality.

The Rev. James Cook, who also helped organize the event, spoke about systemic racism, defined as discrimination through housing, the criminal system and employment that’s part of political systems and society. He added African-Americans shouldn’t look away from the part of United States history dealing with slavery.

“If we ever want to have an honest accounting of who we are as Americans, we can’t pick and choose what we wish to remember. America, Mississippi, Aberdeen, after 400 years, don’t you feel like it’s finally time to honestly discuss the legacy of slavery? America was built by enslaved people. They built the U.S. Capitol. They built the White House. Slavery wasn’t just some unfortunate regional quirk; it was an economic engine for the entire country,” Cook said.

He described Jim Crow laws, which followed the abolition of slavery, as legalized segregation and a way to place African-Americans under state-sponsored terror to continue a pre-Civil War hierarchy.