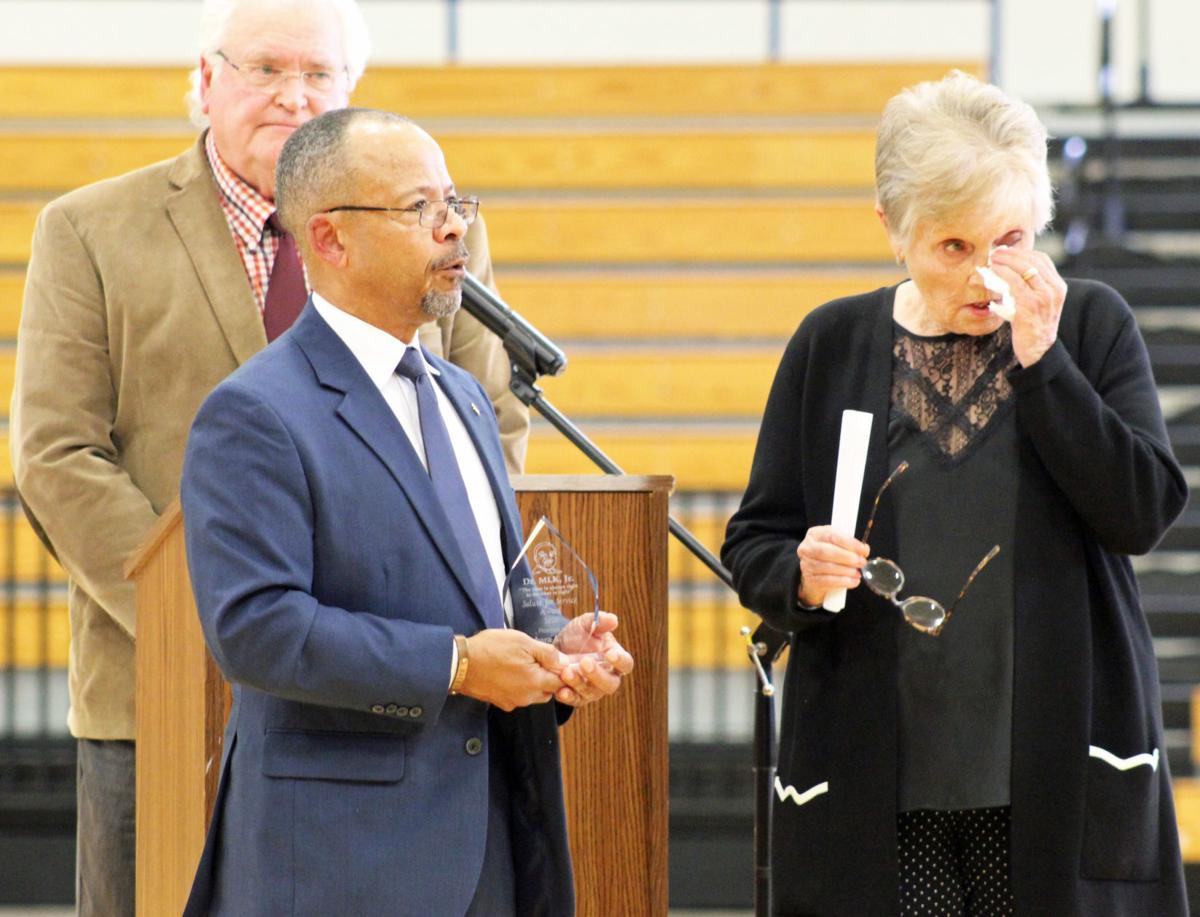 Barbara Ann Rowe wipes a tear from her eye before receiving a Salute to Service Award from Rev. James Cook. Also pictured is Aberdeen School Board President Jim Edwards. 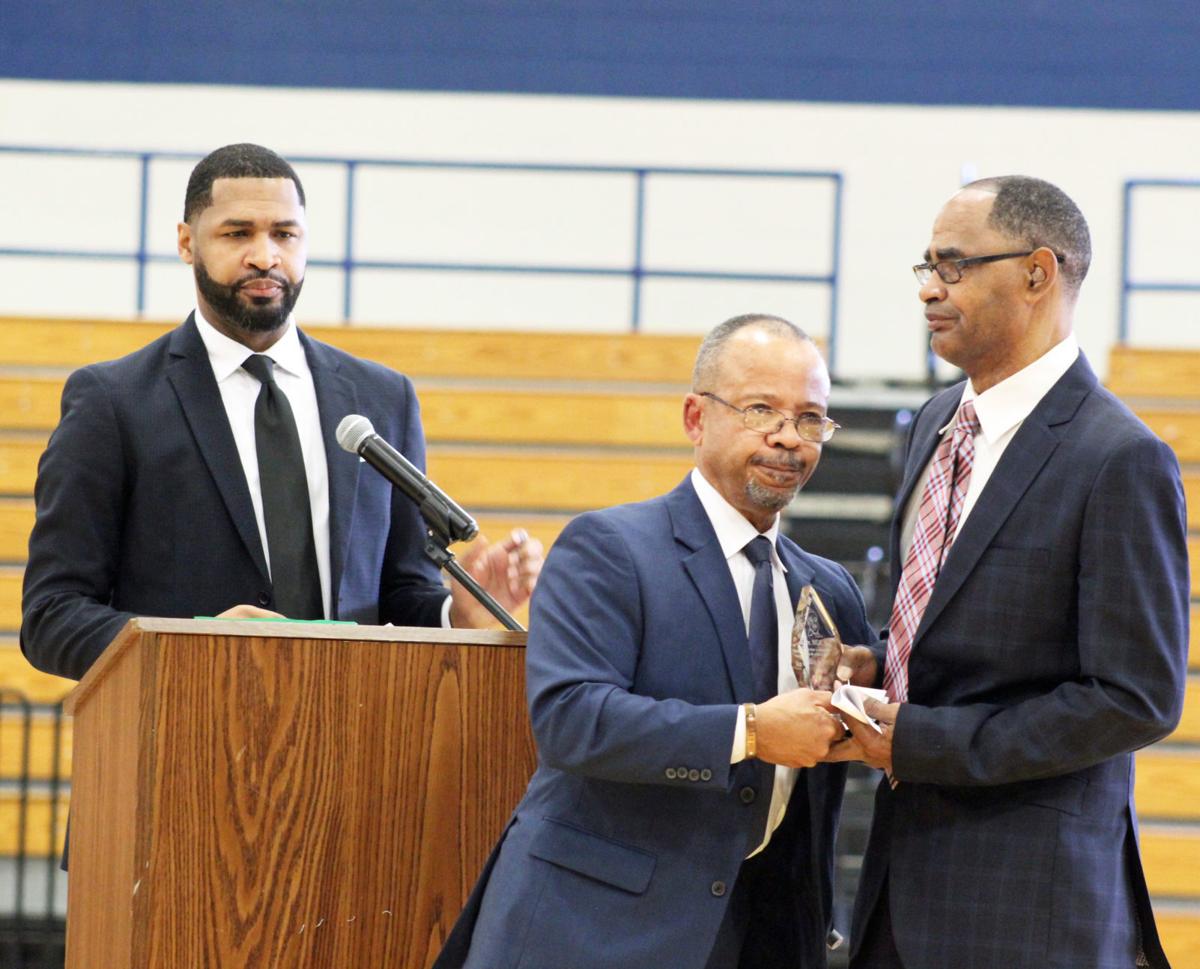 Cook leans in to congratulate Cloyd Garth Sr. as he hands him his award. Also pictured is Cloyd Garth Jr.

Barbara Ann Rowe wipes a tear from her eye before receiving a Salute to Service Award from Rev. James Cook. Also pictured is Aberdeen School Board President Jim Edwards.

Cook leans in to congratulate Cloyd Garth Sr. as he hands him his award. Also pictured is Cloyd Garth Jr.

“We pause to celebrate the life and legacy of one whose legacy blessed our nation,” said Dr. James Cook of Hands On Aberdeen.

During her opening remarks, AHS Principal Dr. Dana Bullard reflected on King’s impact by being a servant leader.

“A servant leader looks very different than some of the leaders you see around our country right now. It’s something when we talk about service, humility and service to others, those things might seem weak to other people, but you see several people who were servant leaders were killed by those forces who thought that was a dangerous thing,” she said.

In her biography, Rowe described herself as the daughter of a man who was not afraid to say what he thought and a mother who spent her life wondering what she could do for others, which rubbed off on her.

Professionally, she served as an educator in the Aberdeen School District. She continues to be community-minded and an inspiration to others.

“I have spent this past reading week some of [Dr. King’s] speeches and quotes and I have wondered if he was here today what he would say to us? Would he praise us for a job well done or would he tell us we still don’t get it? I know you’re pleased with many things that have happened, but somehow he would agree that true change has not taken place. After spending a lifetime of trying to figure this out, I have concluded that it is because we haven’t changed our hearts as individuals,” she said. “I challenge each of you here today to love a little deeper, forgive a little quicker and always, always chose to be kind. Then and only then will Dr. Martin Luther King’s dream come true.”

After serving in the U.S. Army, Garth returned to Aberdeen, where he was an educator and a coach. For four terms, he served as the town’s Ward 2 alderman. He dedicated his life to religious and civic service.

“You have to always understand what’s right, and I think my dad did that on a lot of levels in this city. One of the things I always asked my parents was why we didn’t leave this place. There’s a lot of injustice and things that didn’t go right. The answer they always gave me was this, ‘If all the good people left here, who would stay to fight?,’” said Cloyd Garth Jr. “If you think about MLK today and what this truly represents, what it represents is we’re always going to fight, we’re always going to struggle. We may lose but we’re always going on our own convictions on what we believe. This award is a great award but there is no way one award can compare to all the things one has done through their entire life.”

During the ceremony, Cook announced there will be a $250 scholarship awarded to the student who writes the best essay about last week’s program.