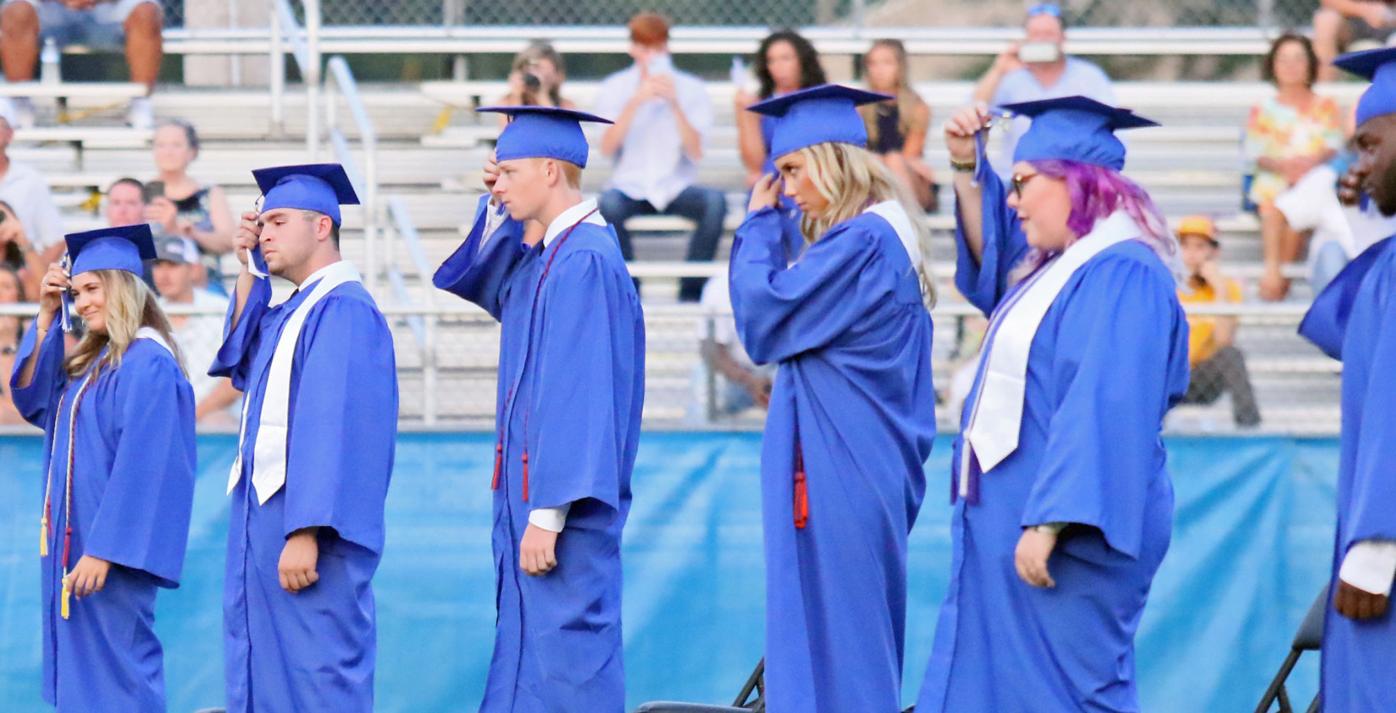 Members of the Hamilton High School Class of 2020 had a 100 percent graduation rate. The Monroe County School District ranked third in the state for graduation rates. 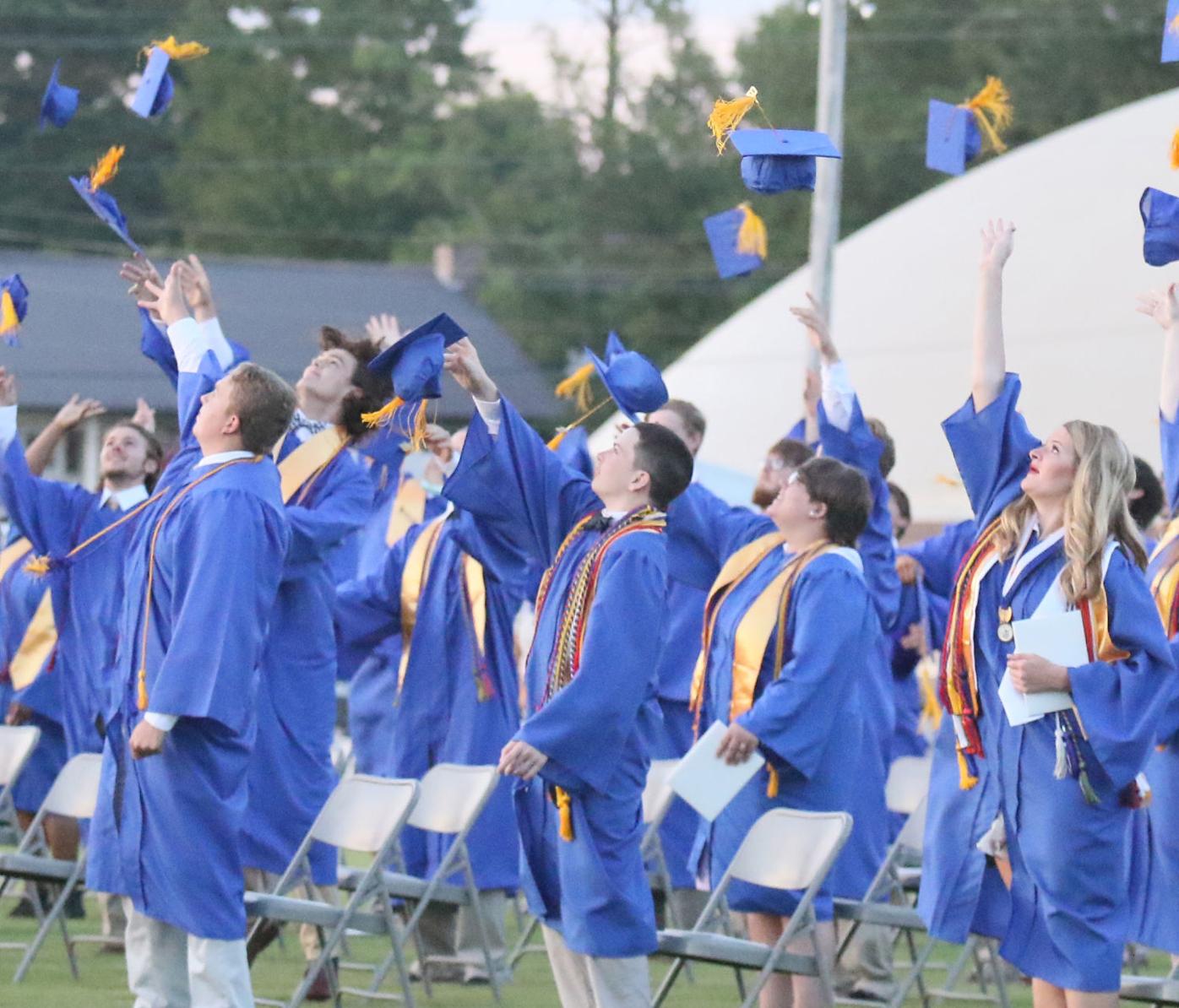 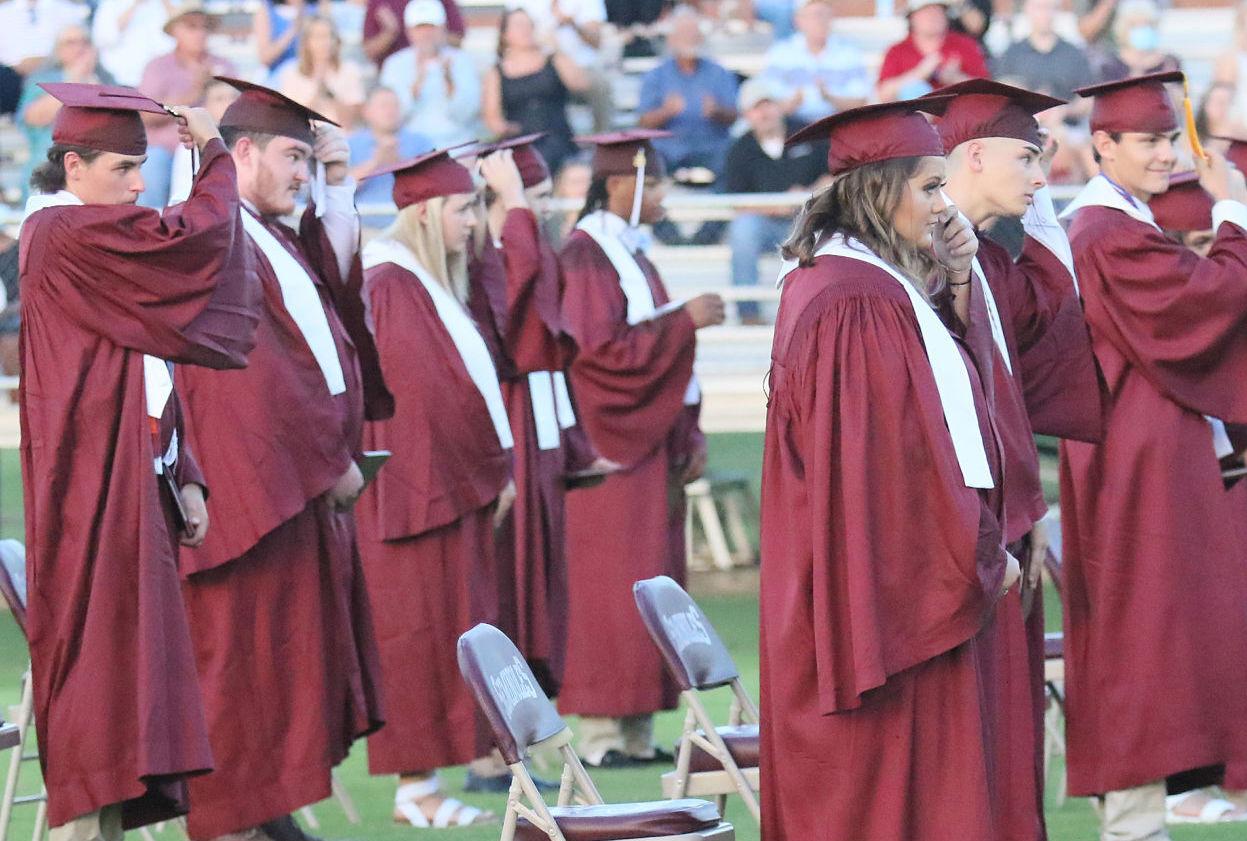 Members of the Hamilton High School Class of 2020 had a 100 percent graduation rate. The Monroe County School District ranked third in the state for graduation rates.

It was noted that a waiver on passing state tests should be considered for the graduation rates.

“While it did help a few students, it was not monumental. When they [Mississippi Department of Education] waived passing the state tests, that helped free up students for graduation that might not have passed the tests. But it did have an impact,” said Monroe County Superintendent of Education Brian Jernigan.

Hamilton had a 100 percent graduation rate, Hatley’s was 96.8, and Smithville’s percentage was 96.4.

As far as the dropout rate, the state’s percentage is 8.8, and Monroe County School District is 2.1 percent. The district placed number 6 on the state’s top 10 list for lowest dropout rate numbers.

The Monroe County School District will be eligible for Elementary and Secondary School Emergency Relief (ESSER) 2 and 3 Funds, and Jernigan proposed ideas of how to spend them.

One suggestion for ESSER-2 funds, which must be used within two years, was hiring a second technology technician to manage a range of matters, such as devices and connectivity issues, at Hamilton, Hatley and Smithville attendance centers. School board members gave permission to include Jernigan’s suggestion in the plan.

School board member Tracy Cockerham asked if it would be difficult to find someone to fill the position if it’s just for two years.

“Right now, we only employ people one year at a time anyway. Everyone has to sign a new contract each year. Teachers have to be renewed,” Jernigan said.

As far as ESSER-3 funds, which require 20 percent to be spent on learning loss, Jernigan suggested a summer intervention program targeting lower-performing students.

“Say I’m a concerned parent and I want to send my kid?,” school board member Chris Markham asked.

Jernigan said the proposed three-week intervention period would be limited to small class sizes primarily for the bottom 25 percent of students performance-wise, which will be determined by the number of staff willing to participate.

School officials had a lengthy discussion about distance learning for the ‘21-’22 school year. Throughout the entire district three percent of students are virtual learners.

“I think our kids need to be in school. I think they need that social aspect. I think they learn better. We’ve been talking to other districts locally and across the state about what they’re doing and you get all kinds of answers. You get some that say, ‘We’re going to do it only if it’s a medical necessity or if there’s a pandemic.’ But just to open it up to say, ‘Okay, you can be a virtual learner,’ there’s not a lot doing that,” Jernigan said.

During early conversation, Markham said he was favorable of using distance learning for sick days and an option if the school is closed for an extended period of time, such as an ice storm. He added he supported in-class learning, though.

Availability of internet throughout the district is another drawback for distance learners since it’s currently not available to all households.

“Would we even be having this conversation if COVID had not hit? The more I listen, I think we should go back. If COVID doesn’t come back and there’s nothing there that’s affecting it, you don’t even offer it,” Cockerham said.

Devices students use came into question in the event of no distance learning, but it was noted they are still used regularly in classrooms. Markham said teachers recording classroom lessons has been helpful for students to review them.

District administrators will discuss the matter more to develop a plan. Jernigan wanted input from school board members in developing a plan, which is expected to be presented during April’s school board meeting.

In other business, Bo Todd of the Day Foundation gave a presentation regarding an easement of 16th Section land. He asked for the school board to consider granting additional right of way for access for gravel to be mined for business purposes.

No action was taken, but he will appear at an upcoming school board meeting to present additional information.

Here are some tips to care for spring flowering bulbs

Atmos Energy reminds everyone to call 811 before any digging project