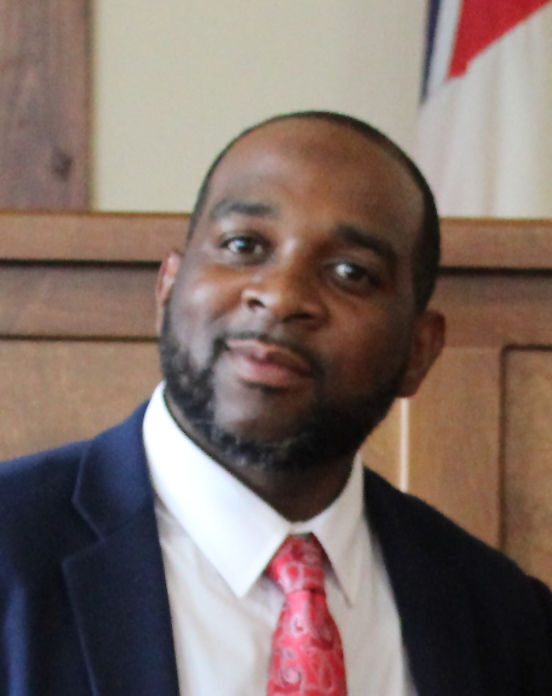 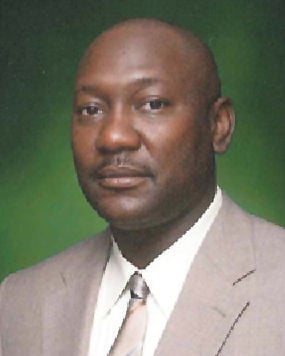 Devaull’s attorneys, Lydia Quarles and Jim Mozingo, and Holliday’s attorney, Walter Zinn Jr., are to have their proposed findings within 21 days following the final witness testimony planned in the case. After studying both findings, Weill will send his final opinion for the Aberdeen Election Commission to review, and its members will have 10 days to send in writing if they agree or disagree with his opinion before a ruling is issued.

Last summer’s election was Devaull’s fourth time to run for the Ward 1 alderman seat. During his time on the witness stand on the first of two days in court procedures, Quarles asked why he’s never filed an election contest the three previous times he ran.

“Even my opponent for the last three times came and said, ‘You and I ran neck and neck three times’ but he’s never seen the likes of this election. I took that to heart, and others came to me and said to not let this one go,” Devaull said.

His claims while being questioned by Quarles included election day intimidation at the polls by Holliday and members of the A-Team – a group of running mates for city office organized by Mayor Maurice Howard during last year’s election.

Devaull’s concerns included people campaigning for Holliday within 150 feet of the polling place, which is prohibited by law; several times when law enforcement addressed the 150-feet rule, which was disregarded after police left the scene; concerns about how absentee ballots were handled; voters being harassed outside of the polling location; and claims that several voters who supported him didn’t want to get involved with what they called “shenanigans” happening at the polling location that day so they opted to not participate.

During his cross examination, Zinn asked why no potential voter in support of Devaull was subpoenaed as a witness in the election contest. Devaull said the list of witnesses his attorney subpoenaed would suffice.

Those who took the witness stand throughout the contest were former city clerk Jackie Benson; Aberdeen Police Chief Henry Randle; Ann Tackett and Eddie Buchanan, who worked at the Ward 1 polling precinct during the June 2 primary and June 16 runoff; Lady B. Garth, regarding questions about absentee ballots; Tony Walker, who assisted with Holliday’s campaign; and Luella Stephens, who notarized absentee ballots.

Another notary, Dallas Jones, was out of state, and the judge and attorneys agreed to her testimony being given through a Zoom call. Her relative, James Lenoir, who is an investigator, gave testimony that she was out of state and gave a flight schedule.

Devaull raised other concerns about the way the election was handled, saying he is confident he would have won had it been handled correctly. He said he didn’t have a fair chance and added two other aldermen races were won in landslides, and there was arrogance surrounding wins.

“One of the members of the A-Team walked up to me at City Hall and said, ‘I had my election won at 11 o’clock.’ How’s he going to know if he won his election if we’ve got hours and hours to go? Later that day, that same person walked up to me and said, ‘You ain’t got no help?’ I said, ‘Nope, the only help I need is Jesus.’ When he walked off, he said, ‘This race ain’t even going to be close,’” Devaull said.

The courtroom atmosphere started turbulent on day one but balanced out in its second day.

Zinn expressed his frustrations early on, saying he wasn’t treated fairly through procedures of the court, notably when he stating his objections.

One of his exchanges with Weill led to him being found in contempt of court and a subsequent $100 fine. Zinn’s reaction to it immediately led to the judge again finding him in contempt, giving way for a 15-minute recess for Zinn to calm down and another $100 fine and a one-day jail sentence.

Before the bench trial officially began, Zinn said he planned to file an appeal to the motion to proceed with the contest, saying the court didn’t have jurisdiction on the matter. Weill insisted proceedings were moving ahead, however.

Questions to witnesses regarding dialogue documented in court transcripts from a hearing conducted by the Aberdeen Democratic Executive Committee last year were asked by both Zinn and Quarles.

Quarles noted several of the people subpoenaed for that hearing were directed that they did not have to answer the executive committee’s questions without an attorney present. During testimony, Devaull alleged Zinn was among those advising people to not give statements, which led to back and forth banter and Zinn’s subsequent request for the court to view Devaull as a hostile witness, which Weill denied.

At the polling precinct

During the second day, Devaull was shown photographs he took and others provided to him at the Ward 1 voting precinct. He said photos included members of the A-Team in the crowd near the building and at an entrance gate.

“I took those pictures because your clients didn’t obey the law,” Devaull told Zinn during cross examination.

When asked if he could accurately identify Holliday as the person next to the gate, Devaull said he couldn’t.

Tackett, who was Ward 1 poll manager for the primary and runoff, described the scene to look like a tailgate party.

“At some point, it was really alarming. There were people blocking traffic, and cars were not able to get through,” she said. “Someone brought a child’s swimming pool with ice and water. I believe there was a grill involved across the street for cooking. The crowd got up to 50 at one point. There was almost no place to park because of the crowd.”

It was noted several times the Aberdeen Police Department, Monroe County Sheriff’s Office, the city clerk’s office and Aberdeen City Inspector Roy Haynes were called to either explain or enforce the 150-foot rule.

“We didn’t have any violent outbursts but did have spectators and had to ask people to calm down,” Randle said, adding there were supporters of both candidates at the polling place. “Any time there’s an election, emotions can run high.”

Early in the election contest, Quarles shared concerns about the number of ballots with some sort of irregularity.

Initialing manager protocol was later clarified by members of the Aberdeen Election Commission, which cleared the questions about initials.

“While there have been several allegations, there was none pointing out anything fraudulent was demonstrated. Even if you remove the absentee ballots, Mr. Devaull didn’t win. They attempt to say there was so much fraud. It’s just one thing they can say; look at what we found. Mr. Holliday was found to be the winner. That’s a lot of paperwork to look through, but there’s nothing to show Mr. Devaull won,” he said.

Concerns also included absentee ballots. Lenoir told Quarles directly that Jones’ father was given the summons for court but she wasn’t. Quarles stated Jones previously provided a notary log book with no records and an affidavit but wanted her as a witness for cross examination.

Garth testified about her connection with any absentees and Jones, saying she contacted her when her father’s ballot was not accepted in the Ward 2 race. Garth testified Jones came to her house, and she showed her how to fill out an absentee ballot on behalf of her father. She testified she did not ask Jones to notarize any ballots or witness her notarizing any. Garth said the only absentee ballot she was ever in possession of was for her daughter for the June 16 runoff.

Mozingo showed Garth Jones’ sworn affidavit statement stating she visited Garth’s house for other ballots present to be notarized, but she said none were ever notarized at her home other than her daughter’s.

While on the witness stand, Stephens testified she misplaced her notary log book and could not recall exactly whose absentee ballots she notarized. Quarles asked in pre-trial proceedings for Stephens to be held in contempt if she did not provide the notary log, and Weill later fined her $25 for not doing so.

When Weill asked how she was contacted to assist with notarizing, she said members of her family asked her to notarize them but did not recall if more were in favor of Holliday or Devaull when asked that question by Quarles.

Quarles asked if she was related to Holliday, and she said he is her godson. Stephens added she is related to Howard, Garth and Devaull’s wife as well.

Walker was asked if he noticed anything peculiar on June 10 ahead of the runoff while assisting voters older than 65 who can’t read or write. He said there was one home where the resident stated Howard assisted with the absentee, and that was the only instance that came to his mind.

Both Tackett and Buchanan testified there were absentees that should not have been counted. Buchanan said he didn’t stand by the results of the election.

Representatives from the Mississippi Secretary of State’s Office were present at the precinct to observe, and Zinn later argued they never raised objections of how ballots were handled.

Weill requested both legal parties to give brief arguments following witness testimony, with Quarles and Mozingo saying a new election should be held and Zinn saying there’s not enough evidence to warrant a special election.

“We discovered Mr. Holliday defeated Mr. Devaull by more than 60 votes,” Zinn said, adding the majority of absentee ballots were in favor of Devaull and throwing out absentees would be more detrimental to his vote count. “There’s no testimony that Mr. Devaull won.”

“Sixty ballots should have been thrown out,” he said, noting Buchanan’s testimony of how absentee ballots were accepted by poll workers’ voting on accepting them. “Mr. Buchanan voiced his opposition, but they were counted anyway.”

Zinn stood by the outcome of the race.

The Monroe Journal will follow up on the final ruling in the election contest when it is made.

Good luck pushing into your regular and new routines

Second round of PPP loans opens to eligible businesses