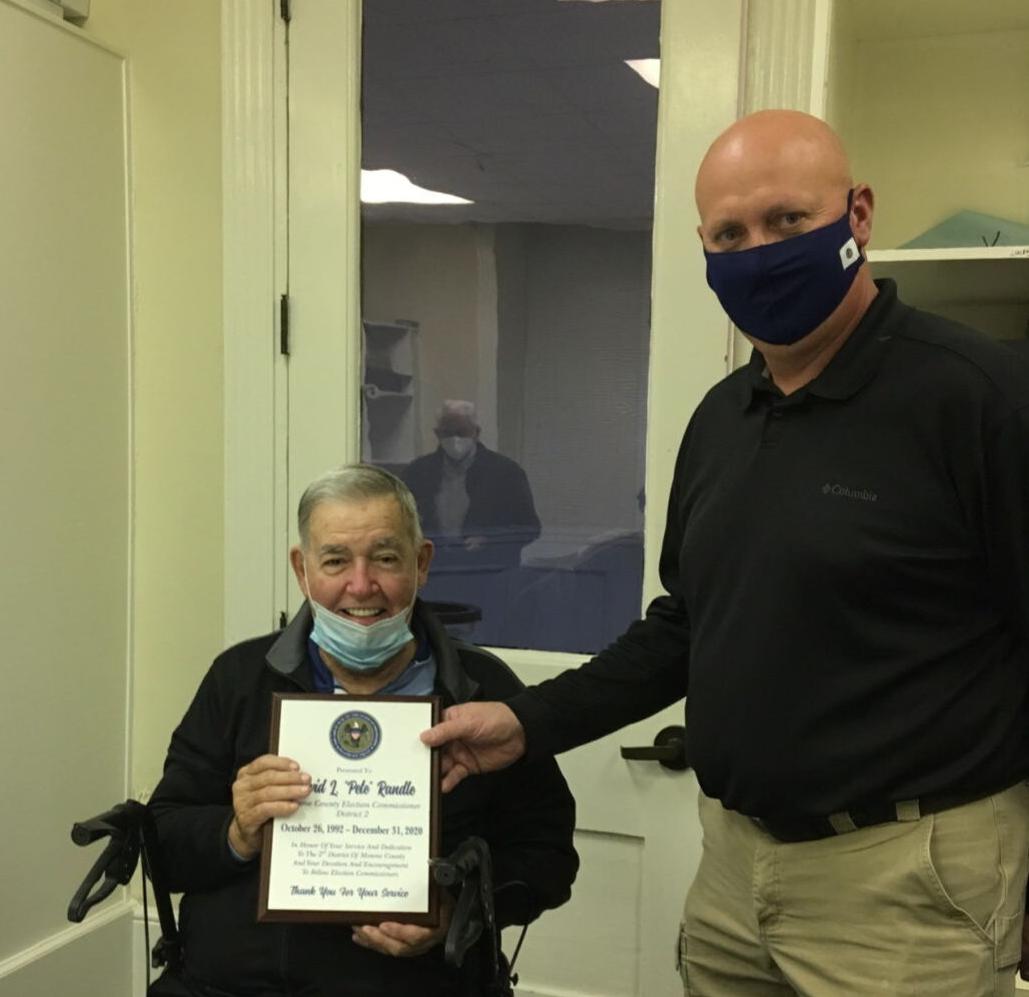 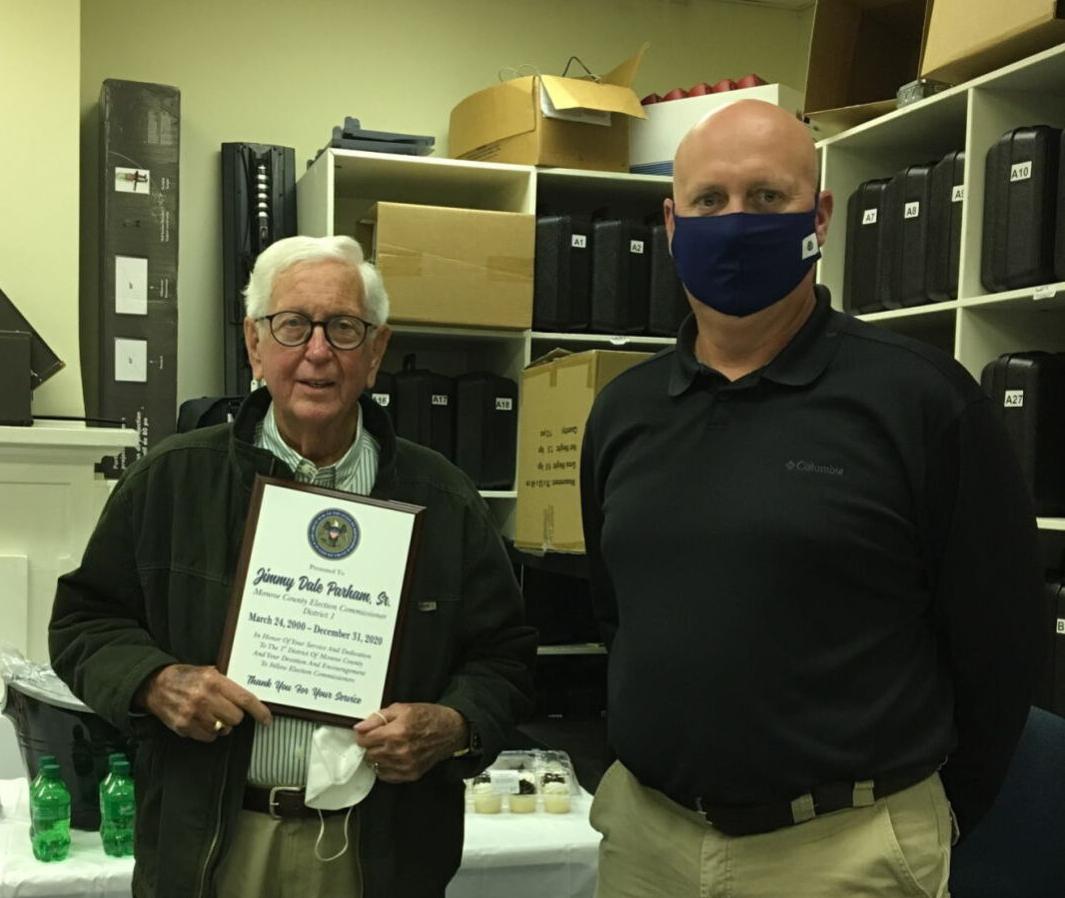 Jimmy Dale Parham, who is also retiring, served as an election commissioner since 2000.

Jimmy Dale Parham, who is also retiring, served as an election commissioner since 2000.

Pete Randle and Jimmy Dale Parham have worked behind the scenes on election days and nights for a collective 48 years to ensure Monroe County elections have run smoothly. The two men are retiring from roles as county election commissioners and they were recently honored at the Monroe County Courthouse.

Parham was appointed to the District 1 position to fill the seat of Robert Parham after he fell ill 20 years ago. After completing that unexpired term, he was elected to the position for the next four terms.

“This last election put a lot of pressure on everybody because of coronavirus. I had several, and other commissioners did too, right up to the week before the election who would call and say they just couldn’t work and asked if someone could take their place. It was a challenging election from several different standpoints,” said Parham, who began serving in March 2000.

Randle, who served District 2, had one month to prepare as a write-in candidate after a previous election commissioner passed away in his district.

“In October of 1992, Mr. Jack Norris Thomas, who was the attorney for the board of supervisors, called me. We had a death – Mr. James Reed Harmon passed away, and Jack Norris said someone needed to fill in and asked me if I’d be interested,” Randle said.

Randle and Parham both said technology has been the biggest change they’ve witnessed as election commissioners.

“It got harder and harder to get people to work because a lot of the older people were not familiar with the technology,” he said, adding he began to train poll workers on technology. “We began getting retired teachers. They made real good poll workers.”

Parham said the biggest event that stuck out during his tenure was 2019’s District 3 supervisor race, which was contested and heard in Monroe County Circuit Court.

“There have been races that’s we’ve had an interest in, and we’ll ask John Allmond who runs the machine that processes the votes. Sometimes once he’d get a precinct counted, we’d ask, ‘How did Bartahatchie box or the Smithville box come out for such and such candidate in that box?’” Parham said of interest on election nights.

While on a national level, there has speculation and debate among people about potential election fraud the last two elections, but Randle said at a local level, everything has run smoothly.

“In our county, and that’s all I’m responsible for, we had a good election with very few minor problems. That was due to our commissioners and our circuit clerk, who did a good job,” he said.