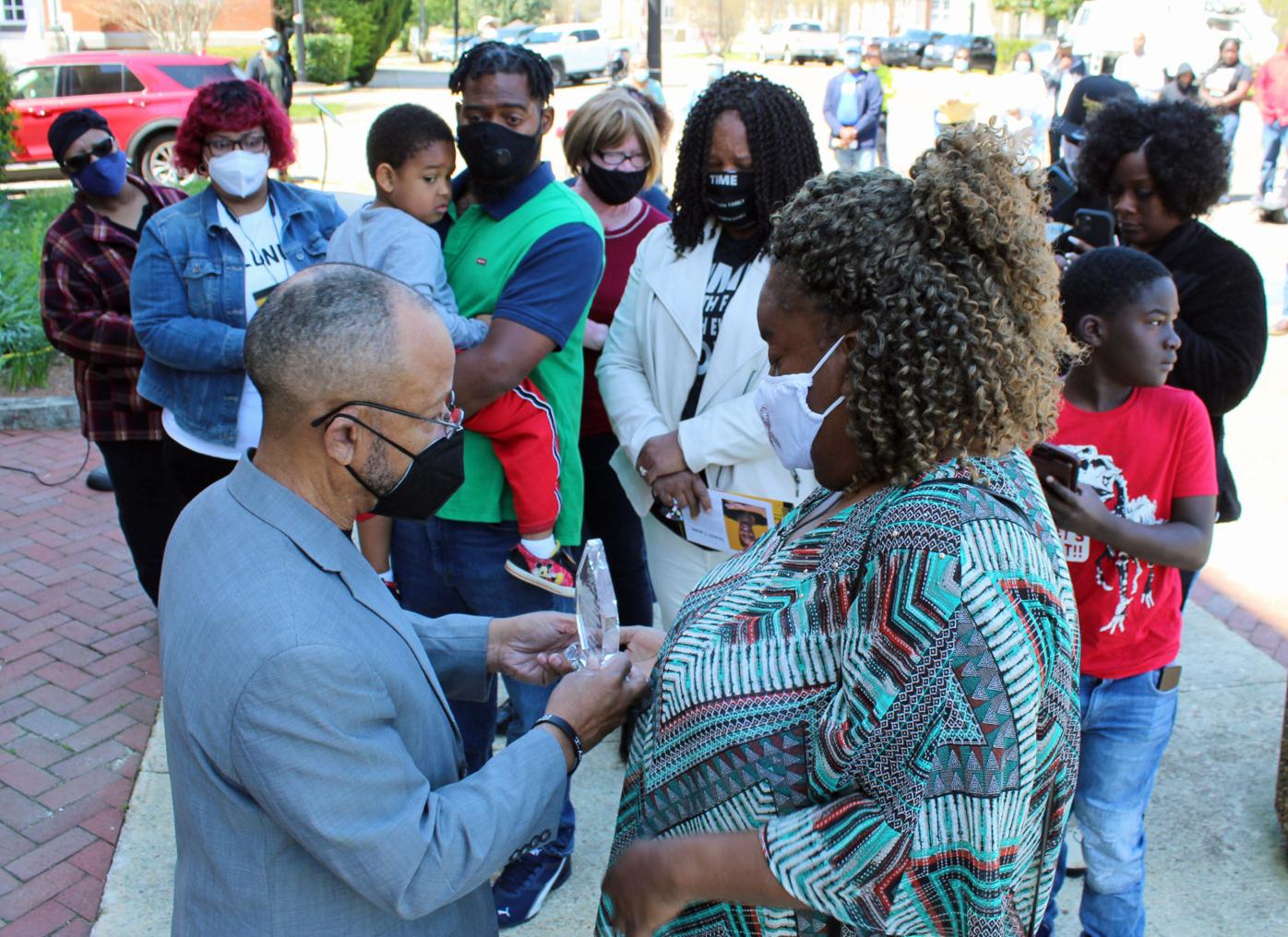 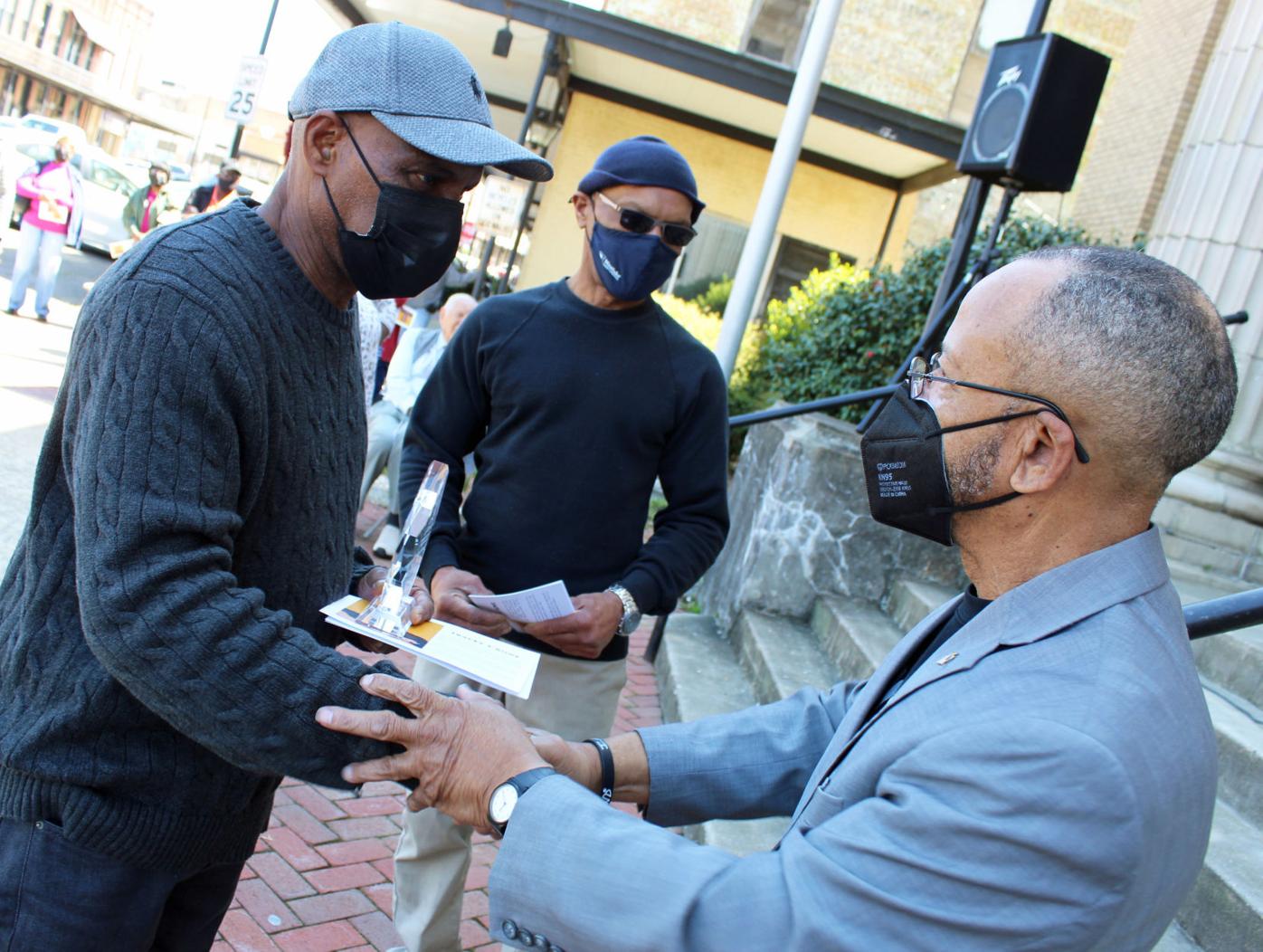 Cook presents a Salute to Service Award to the family of the late Roger Cooperwood, who was an Aberdeen business owner, police officer and alderman. 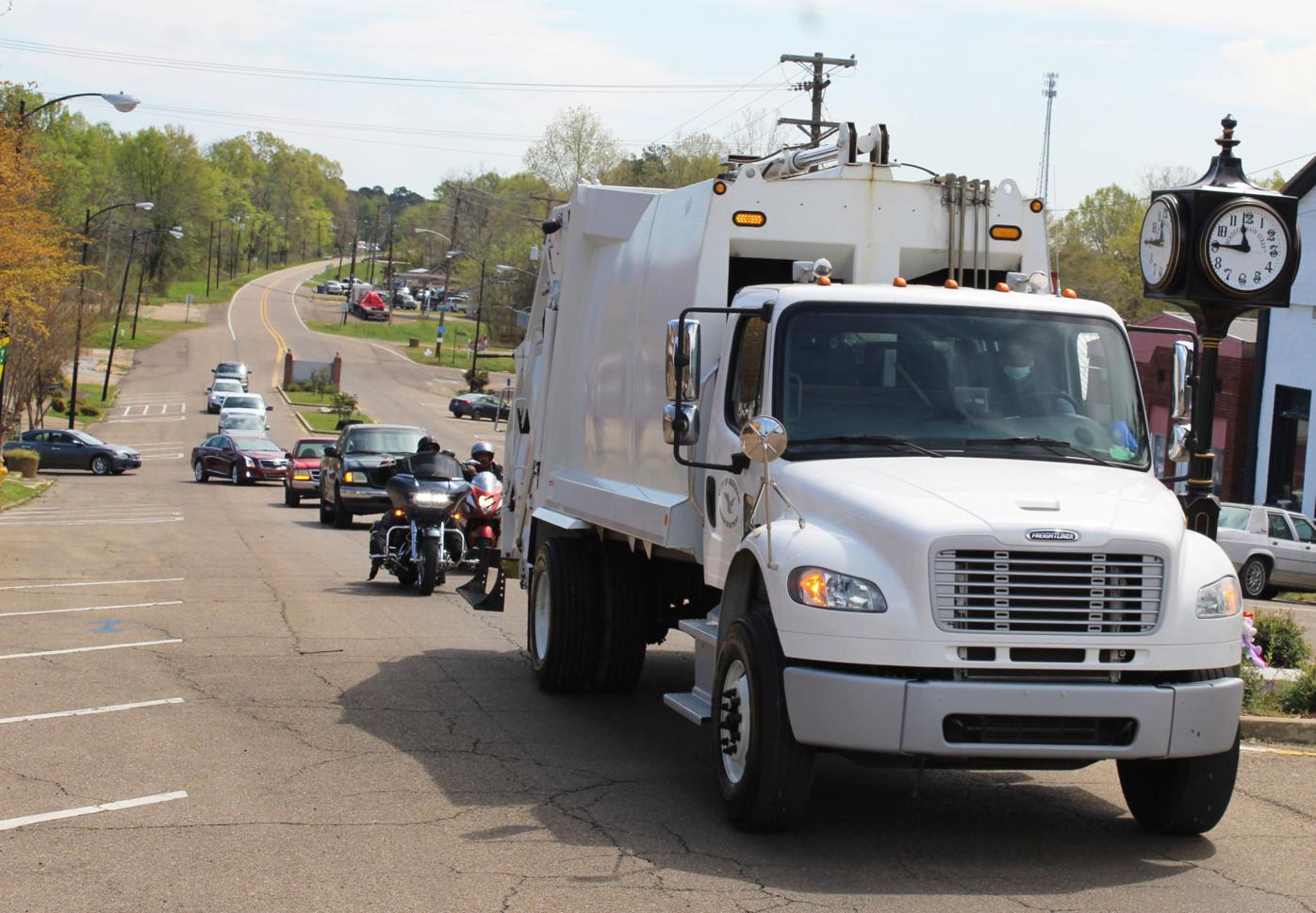 Cook presents a Salute to Service Award to the family of the late Roger Cooperwood, who was an Aberdeen business owner, police officer and alderman.

The event was hosted by the Aberdeen/Monroe County chapter of the NAACP.

“Tomorrow marks the 53rd year of his assassination in Memphis, Tennessee, where his life was taken by the hatred of an angry man,” said the Rev. James Cook, president of the local NAACP chapter.

The event, attended by approximately 70 people, began with a motorcade led by a city garbage truck from General Young Park. The truck symbolized King’s presence in Memphis 53 years ago championing for sanitation workers on strike.

This year’s Salute to Service honorees were the late Roger Cooperwood and the late Antonio Crayton.

Cooperwood, who passed away in 2013, was a mechanic who owned the former Central Gulf Service Station, an Aberdeen alderman, a police officer, a certified lay reader with the United Methodist Church and an NAACP member.

A pocket park near the intersection of Commerce and Maple streets, Cooperwood Court, was established in his honor last year.

Crayton, who passed away Feb. 13, lost his life going back to check on a stranded motorist on the Tenn-Tom river bridge. The bridge had patches of ice on it, and he was struck by a vehicle. He was a 2011 graduate of Aberdeen High School.

“He was a humble, caring young man who was always willing to help no matter what the situation was,” said Jim Edwards, who read biographies of both men.

Keynote speaker Tracey T. Rowe encouraged attendees to be a light for others in quoting King, “darkness cannot drive out darkness; only light can do that.”

“There are a number of inequities in our midst. As we take a moment to commemorate this man, Rev. Dr. Martin Luther King Jr, and the movement of Rev. Dr. Martin Luther King Jr, you can have witness and they’re witness to his refraction. The man and the movement, he lived and led and died for. I dare say it was necessary for us to expect ourselves and our own refraction power,” Rowe said.

She repeated the advice to “Light in, light up, light out” to attendees.

“Do you have diffraction power? Have you seen an injustice? What have you done about it? Did you stand idly by or did you take action against the obstacles? I implore you to use your own diffraction power and every time you come into contact with an obstacle that is any way contradictory to love and light that you diffract,” Rowe said.

From the Parson’s Pen: ‘The wedding of a lifetime’

Sometimes things go differently than what you’re used to