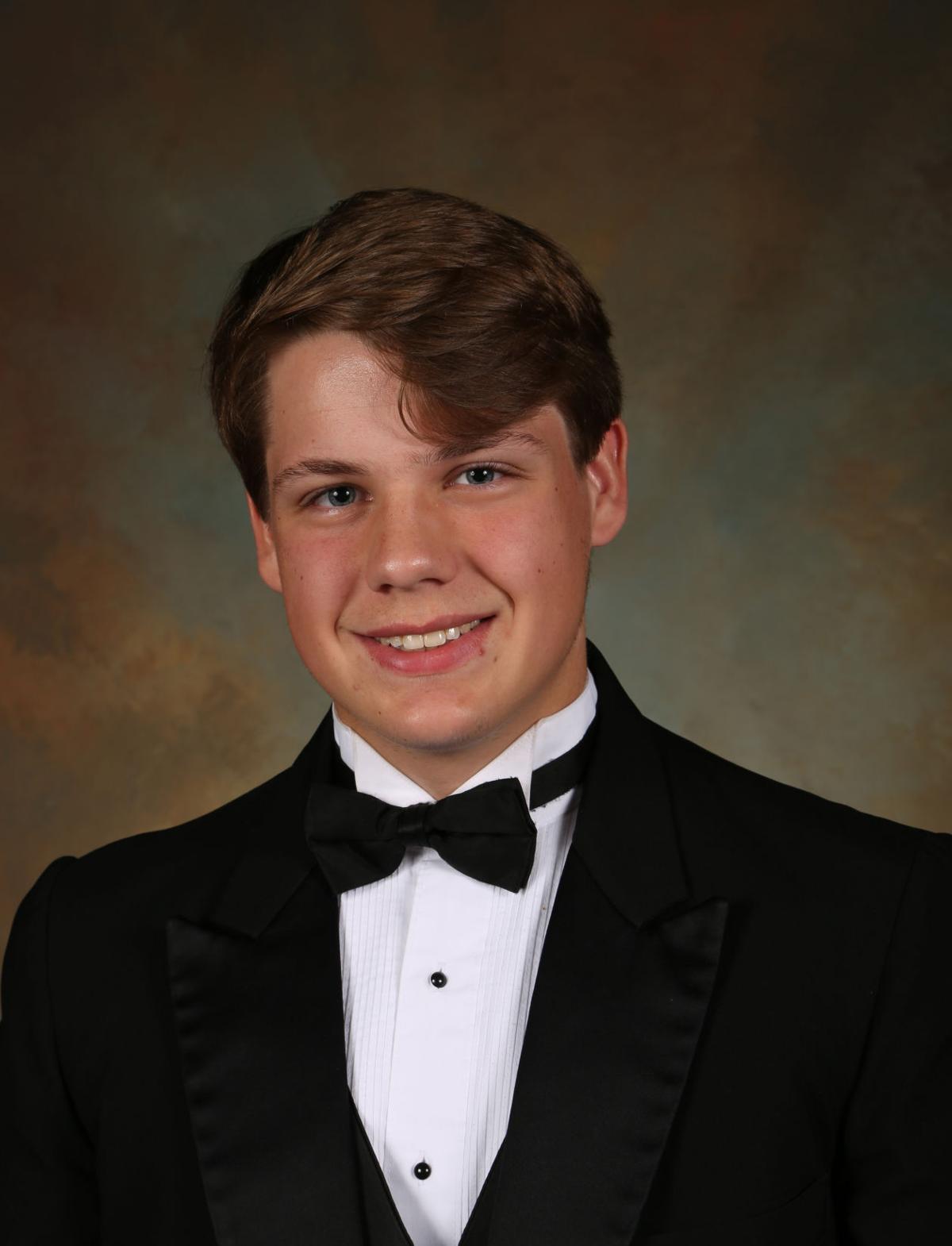 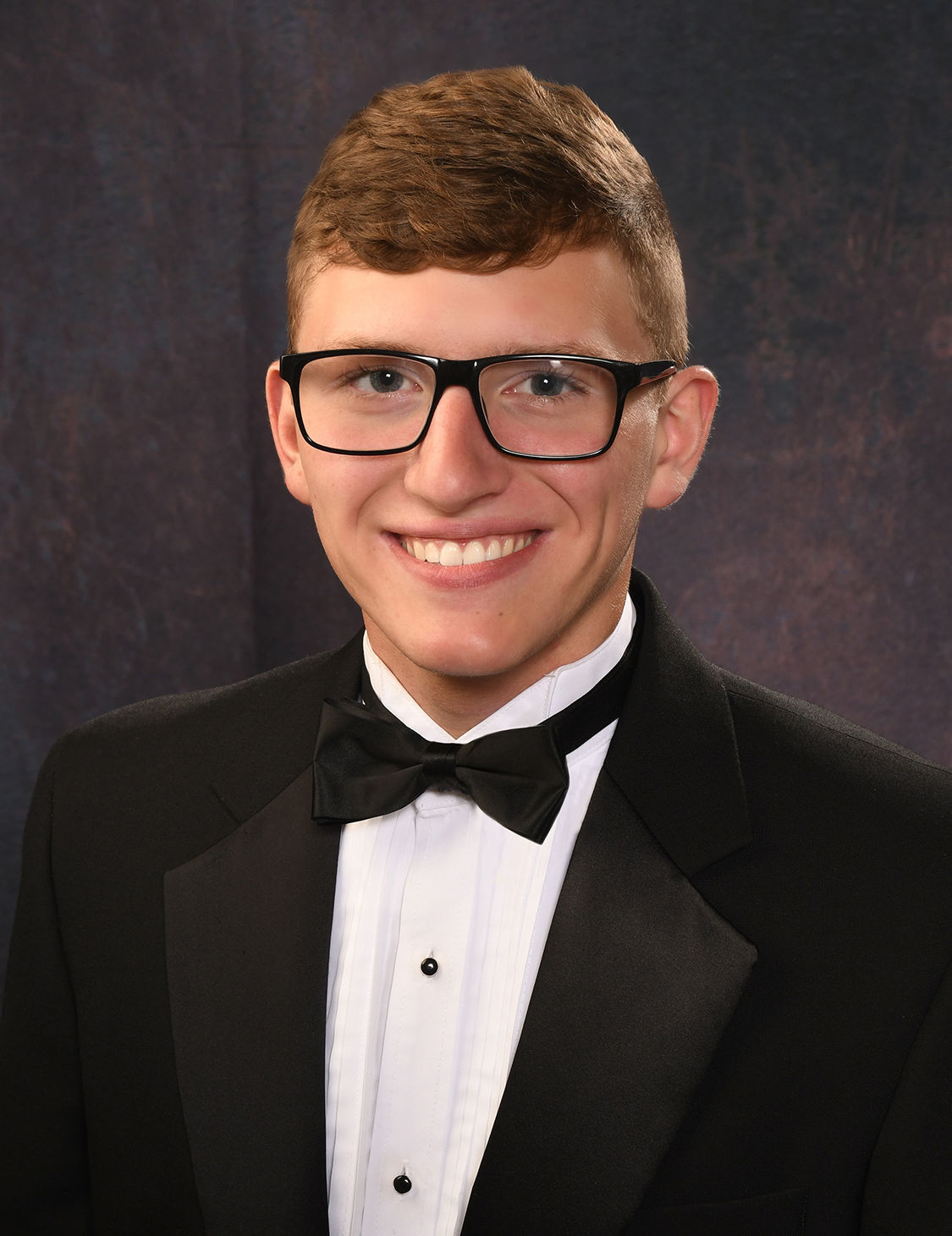 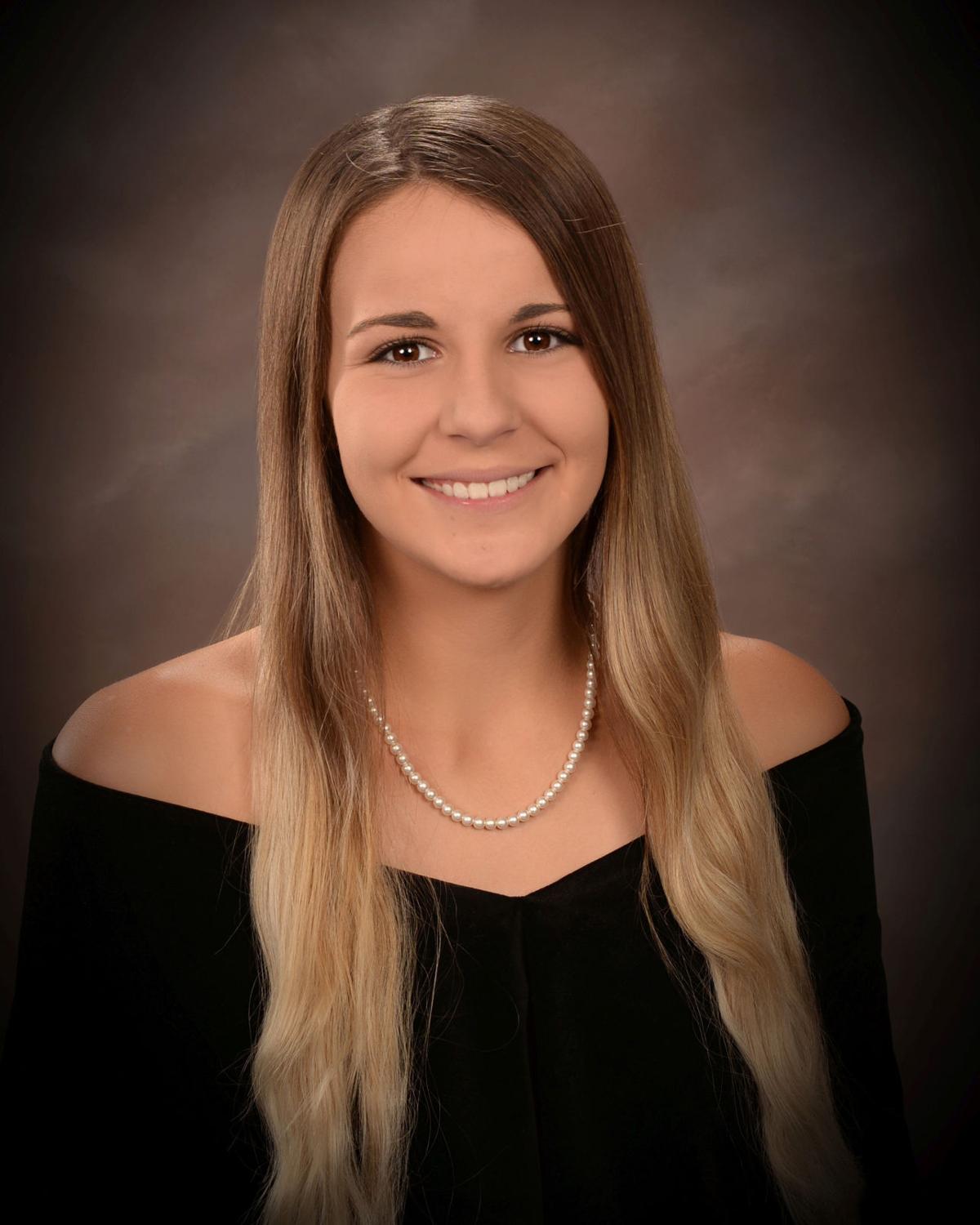 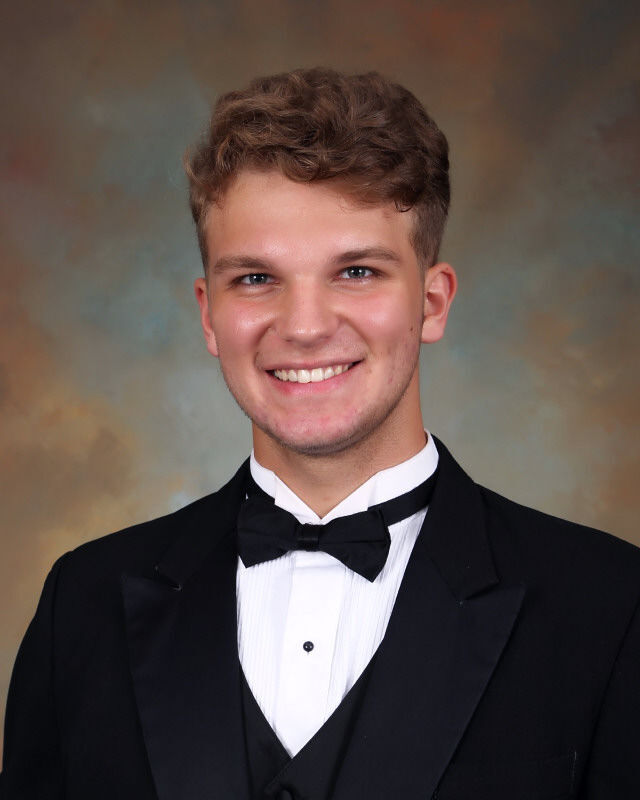 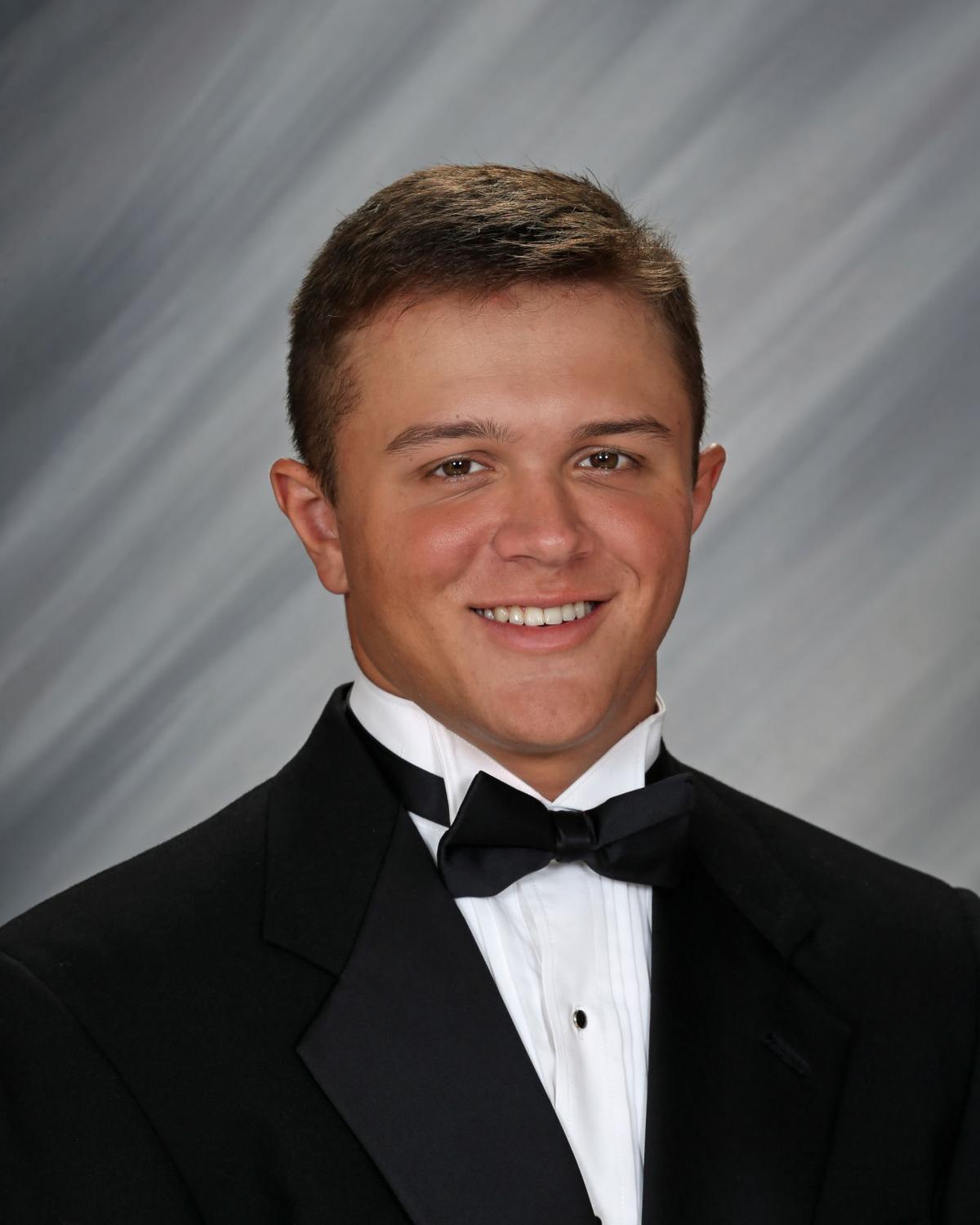 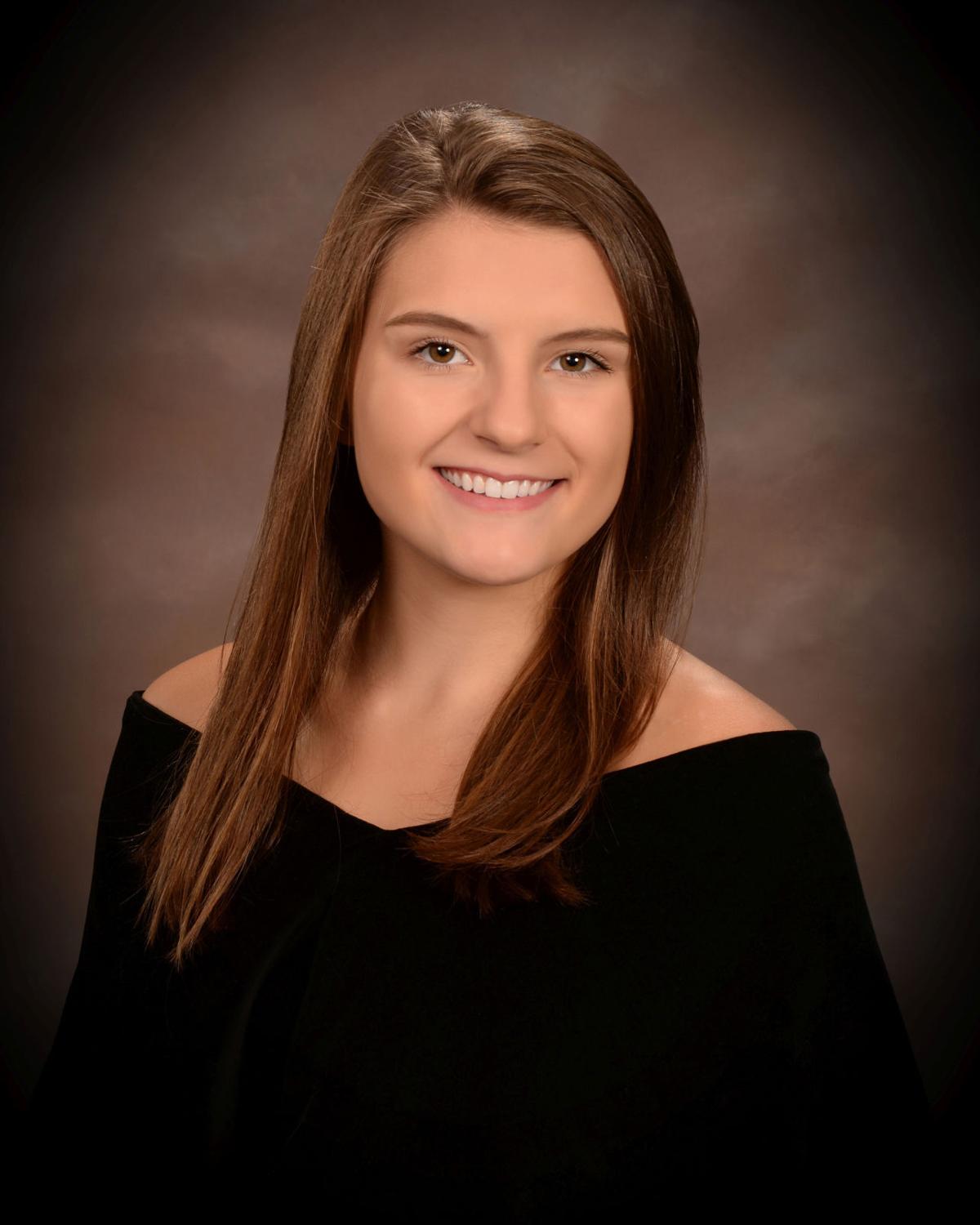 Six class of 2020 graduates from Monroe County have seen their years of hard work in academics and extracurricular activities pay off as they have been named the STAR students for their respective schools.

Garrett Williams was selected as Amory High School’s salutatorian in addition to being the STAR student. He has been a member of the archery team and played trumpet in the band for six years each and also serves on Amory Students for Change and is in the National Honor Society and National Technical Honor Society. He has also been selected as a Rotary Club Student of the Month.

He is active in the Technology Students Association, finishing fourth place in the state last year and going to nationals and placing first at district this year before the state and national tournaments were cancelled. Some of his senior honors include the Mary Haskell Scholarship, Golden Panther and the ACT 30-plus Club.

“It feels really good honestly to put in all the hard work for four years and see it pay off. That feels really great and humbling,” Williams said. “It really comes in handy with college because that’s super expensive, and I tried to get all the scholarships I could to make it easier on my parents.”

Williams chose Jennifer Hood, who teaches engineering and robotics at the Amory Career and Technical Center, as his STAR teacher.

“The last two years, I have really developed a connection with her and this year, I spent nearly half the day in her class,” Williams said. “She is always there for me and gives me guidance, and we would basically work together on projects. I enjoyed building stuff and learning new things, and that is because of her.”

Williams plans on attending Mississippi State in the fall, majoring in aerospace engineering with a concentration in astronautics.

Hamilton High School valedictorian Andrew Welch has been part of the student government for his entire high school career, currently serving as the student body president.

“I really want to extend the utmost gratitude to every generous individual who put forth money to help further my education because I wouldn’t be able to accomplish my goals without them,” Welch said. “I want to pay it forward and serve my community the best way I know how. It’s one of my greatest blessings to see all the work I put in pay off, and I’m extremely grateful to every opportunity afforded to me. I don’t know where I would be without them.”

Welch picked Jennifer Terrell, who was his agriculture science teacher and FFA advistor, as his STAR teacher.

“Before I made it to her class, my entire demeanor and confidence level were completely different,” he said. “It’s through her belief in me and her putting me in situations where I had to bare down and excel that I am able to have the opportunities that I have had and will have. I owe everything to her and can’t ever express my gratitude.”

Welch plans to attend USM in the fall, majoring in pre-law. After that, he will attend law school and hopes to serve his home county or state in elected office or work as a practicing attorney.

She participated in a variety of school activities, including slow-pitch softball, basketball, student counsel and serving as delegate for the Advanced Learning Center and the secretary for the Crown Club.

“I have always found a way to balance out school with sports and my other extracurricular activities, and I had tons of amazing teachers that really helped me get there,” Mitchell said. “Being named STAR student and valedictorian feels like a weight is lifted off my shoulders. I always had those goals, and getting to this point, even though it’s much different than in years past, puts a smile on my face because that work wasn’t in vain.”

Mitchell selected Anna Catherine Daher, her English Composition I and II teacher at the Advanced Learning Center, as her STAR teacher, citing her help with raising her ACT score among the reasons.

“When I took her class, my English score jumped from a 24, 25 to a 35 in just one semester. She’s an incredible teacher and not your typical English teacher in that she doesn’t make you just write essays or worksheets,” Mitchell said. “She finds different ways to teach and make it stick and works with you to find topics you are going to be interested in, like she helped us find topics that would help us look more towards our future and get our plans in mind. She has also always been there if I needed someone to come and talk to during the day.”

Mitchell’s original college plan was to attend the University of Hawaii to major in marine biology but complications due to the pandemic put that on hold. She plans on attending Southern Miss and hopes to transfer to Hawaii in the future. Her career goals are being a biologist or a marine and mammal veterinarian and working for an aquarium.

“I think my activities were helpful to me because in Boy Scouts, I learned valuable leadership skills, and being in the band provided a safe place and created a family,” Tigrett said. “It also became an outlet to express creativity and vent stress. I hope getting STAR student will help me with college admissions and maybe even job opportunities in the future.”

“Her dedication to heighten her students’ educations inspired me in my senior year,” he said.

Tigrett’s college plans are still uncertain, but he plans to major in biology and study and research in that field.

Dalton Wilemon of Aberdeen played football for five years at Oak Hill Academy and stayed involved in the Student Government Association, serving as president, National Honor Society and the Fellowship of Christian Athletes.

Some of his senior awards and accomplishments include Hall of Fame, Most Likely to Succeed, National Honor Society and a representative for Boys State. He received six scholarships to Mississippi State, including the freshman academic scholarship, Colvard Future Leader Scholarship, Student Body President Scholarship, Boys State Scholarship and the Illahe Tree Farm Fund Scholarship.

“Getting STAR student was good because it showed that I sat down and studied more during high school and was able to get focused,” Wilemon said. “The scholarship money will help me at Mississippi State, and hopefully it will look good on a resume and help me get jobs. It’s nice to see that everything I was doing paid off.”

“I learned a lot about psychology from him,” Wilemon said. “But I probably learned even more about life.”

Wilemon plans to attend Mississippi State in the fall and major in wildlife, fisheries and agriculture. His career plans are uncertain right now.

Smithville High School co-salutatorian Kylie Faulkner played three different sports with participation in basketball, track and cheerleading and was also a part of the Scholars Bowl for two years.

She served as the community ALC delegate, a Crown Club ambassador and was in seven different honor societies, serving as president of Mu Alpha Theta and vice president of Beta Club, National Honor Society and Spanish Honor Society. Her senior accomplishments also include winning the I Dare You award, the leadership scholarship and the Junior Auxiliary Crown Club Scholarship.

“I think my activities helped me open up and be more involved and more social. They helped me build better relationships with classmates and teachers, and I wouldn’t have had the courage to ask for packets, tutoring and other help that impacted me,” Faulkner said. “I am proud of all of my classmates because we worked super hard, and it shows that hard work pays off. We also had awesome teachers always there to encourage us.”

“I loved all my high school teachers so this was such a hard pick, but when I came in as a freshman, I knew I wanted to do something with science because it always interested me,” Faulkner said. “My very first class was biology with her, and I fell in love with that class. After that, she has always been there and been a huge encouragement for me. She helped me look at college programs, and I couldn’t possibly thank her enough for all her help.”

Faulkner will attend Southern Miss and be a part of the Lucky Day Honor’s College program while majoring in marine biology. She hopes to be a research scientist somewhere on the coast.