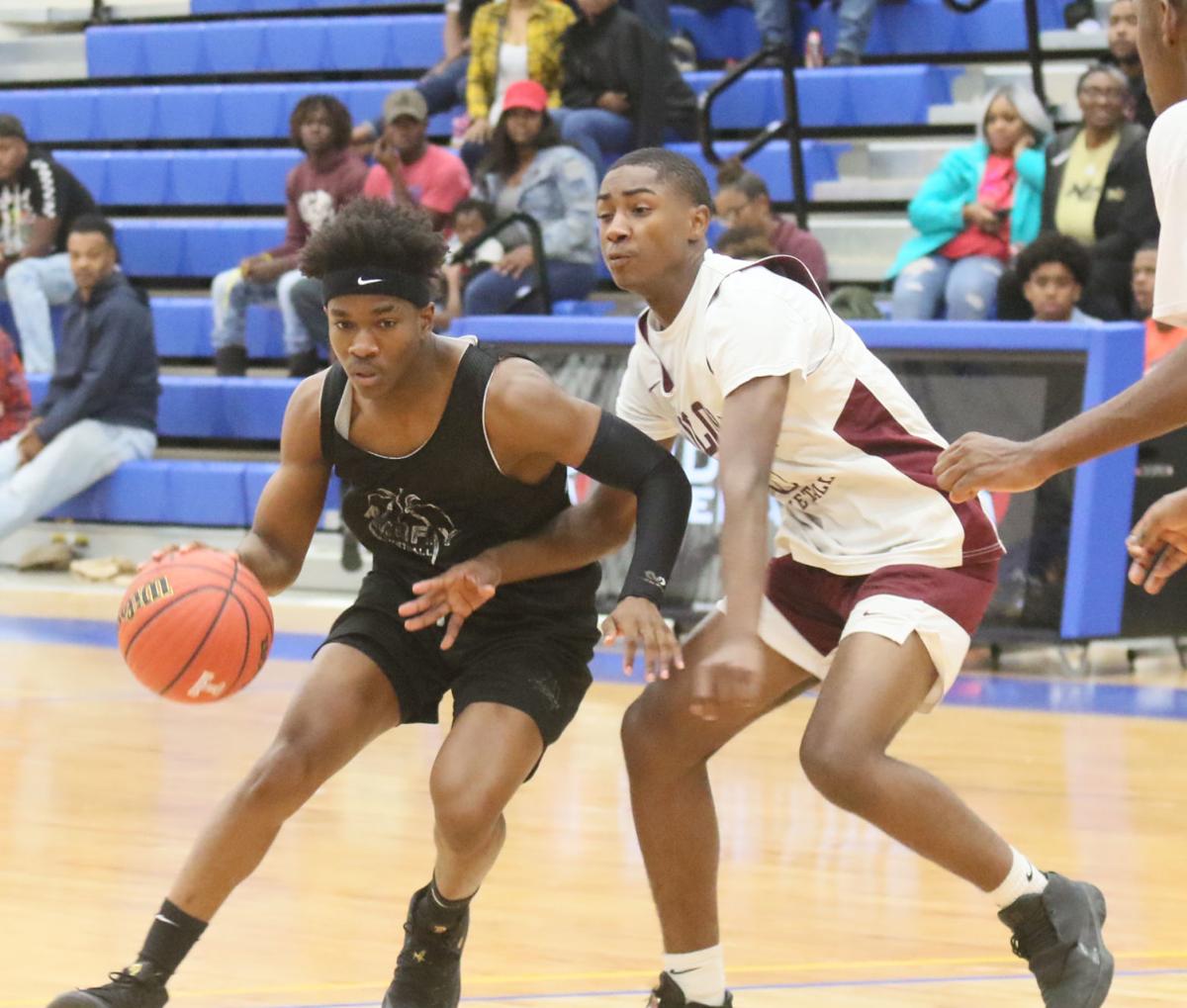 Amory’s Treshon Hadley drives to the basket against an Okolona defender. 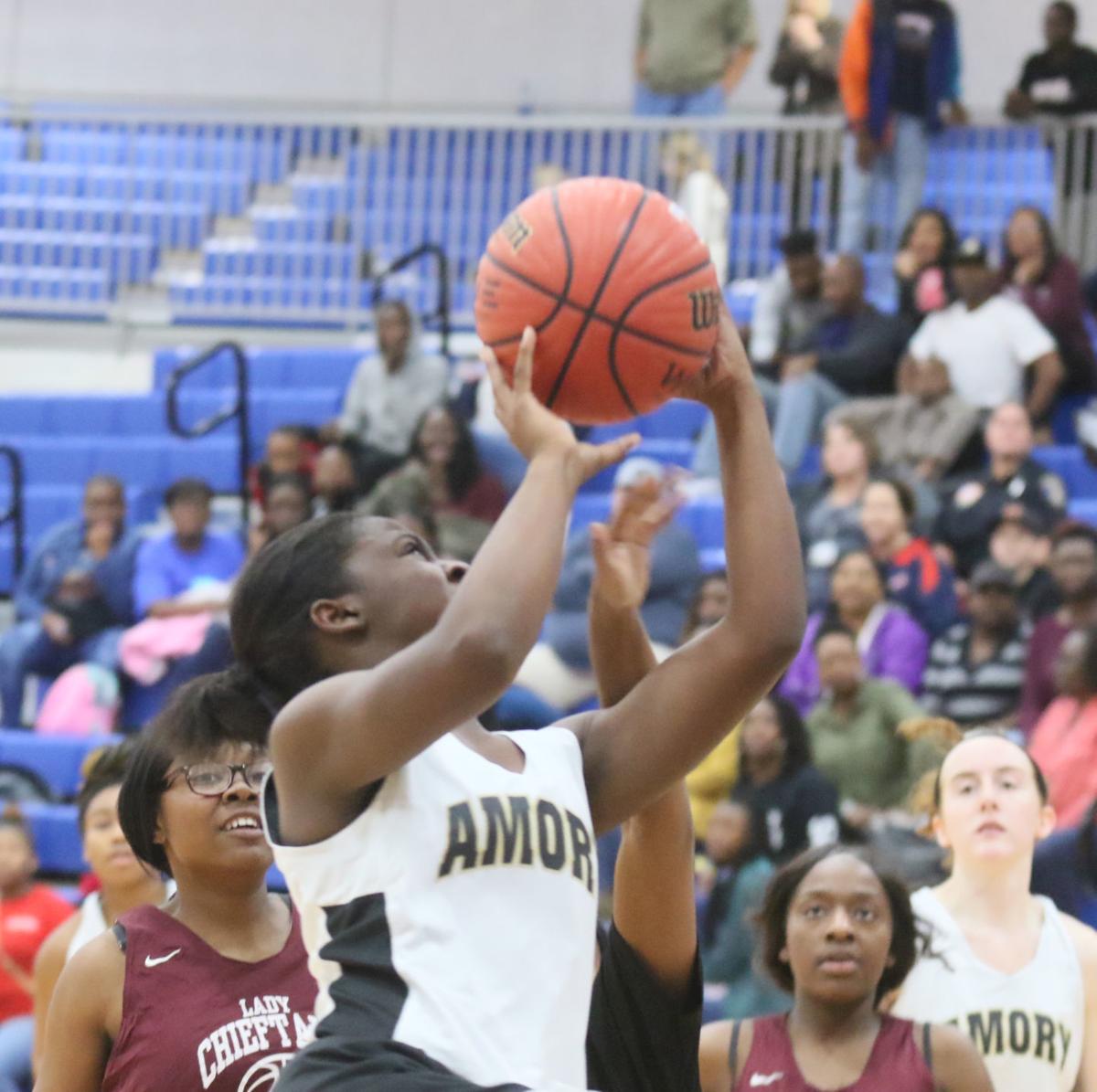 Amory’s Jatavia Smith puts in a bucket after grabbing a steal against Okolona.

Amory’s Treshon Hadley drives to the basket against an Okolona defender.

Amory’s Jatavia Smith puts in a bucket after grabbing a steal against Okolona.

TUPELO – The Amory basketball teams got a head start on their seasons on Saturday, competing in a jamboree at Tupelo.

Both teams split their games with the girls first falling to Saltillo 22-17 before finishing the day with a 31-12 win over Okolona. The boys started off with a 32-25 win over Okolona before dropping a close one, 39-36, against Lafayette. Each game was two quarters.

“We were looking forward to the opportunity to get out here, all be on the same team and play someone else, so that we could go back and find out what it is that we really need to focus on in practice,” Amory coach Brian Pearson said. “I think we came away today with plenty that we can go back and start to emphasize before we get ready for our first game. We had some good moments, some good stretches, but our bad stretches we have to try to eliminate with both groups.”

Turnovers were one of the mistakes that Pearson said needed to be cut out on both sides.

“It’s early in the season, but we can’t turn the ball over that much and expect to be able to beat good teams,” he said. “That has to start to stick in their minds that is what is going to get you beat.”

On the boys’ side, Pearson praised the shooting late against Okolona and the veteran presence of senior Isaiah Thompson, who recently committed to ICC.

“They responded well at times to some things that didn’t go their way,” Pearson said. “We had a couple of shots that didn’t go in, and a couple of our guys that shoot from the outside didn’t get going really early in the first game, and they stuck with it and hit some in the second half. Isaiah had a good stretch, especially to start the second scrimmage. It wasn’t enough because we turned the ball over too much down the stretch, and it got wild and crazy there. We’re still throwing sophomores out there, and it’s a chance for them to learn.”

For the girls, Pearson emphasized ball handling and getting good passes in to senior center Jhalia Small.

“We have to put some guards on the perimeter that are really comfortable handling the ball,” Pearson said. “When we can get it down there and get it to Jhalia, she can obviously be effective, and we know that. I thought there were a lot of possessions that we wasted that we never really became a threat and got it to the offensive end to attack it. You can tell the speed of the game sped us up, and we forgot a lot of the things that we were working on. We weren’t waiting on our cuts and almost hot-potato getting rid of the ball a lot. Some of that they have to wear off early in the season.”

The Panthers officially open the season at South Pontotoc on Nov. 5.