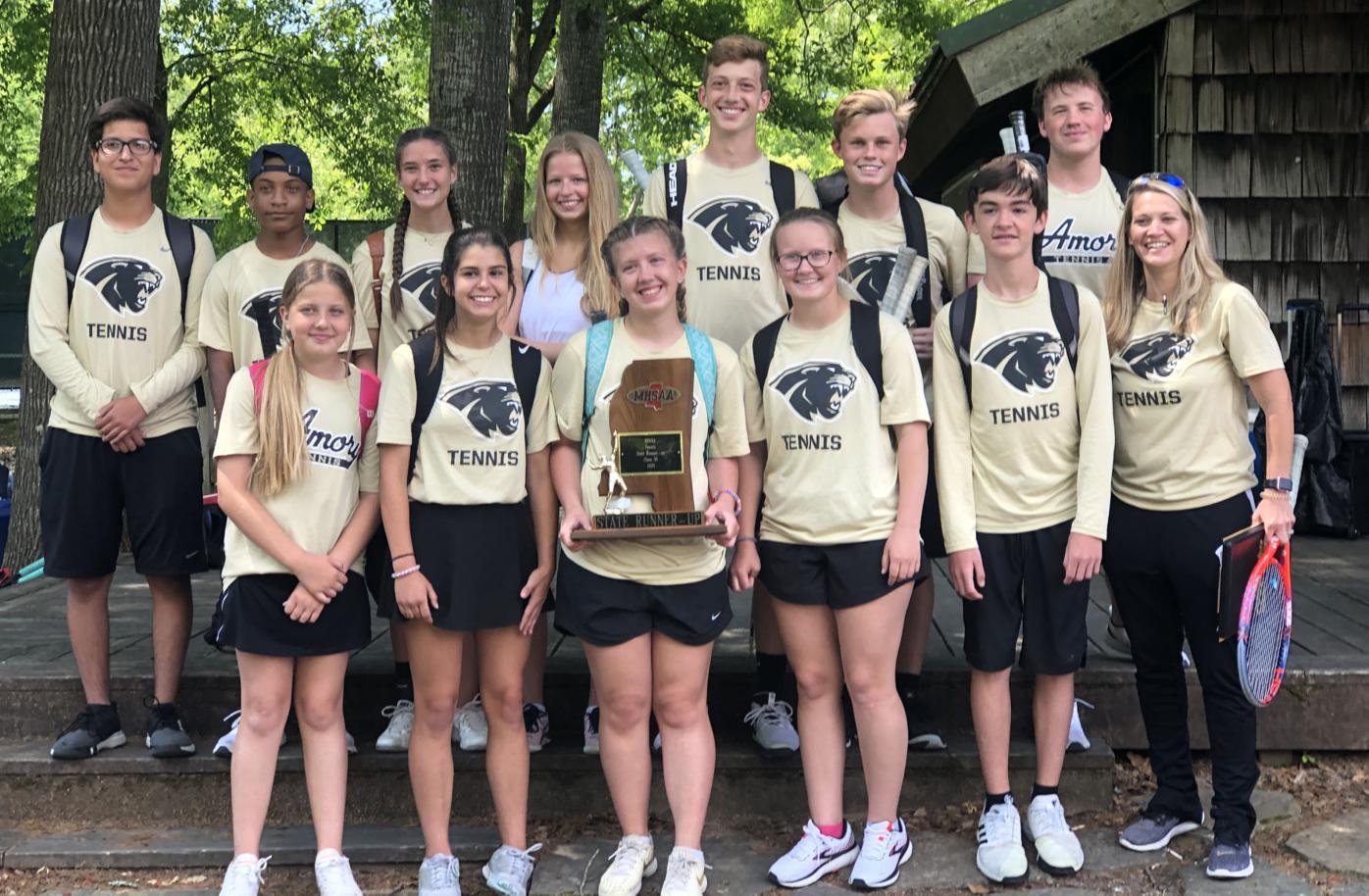 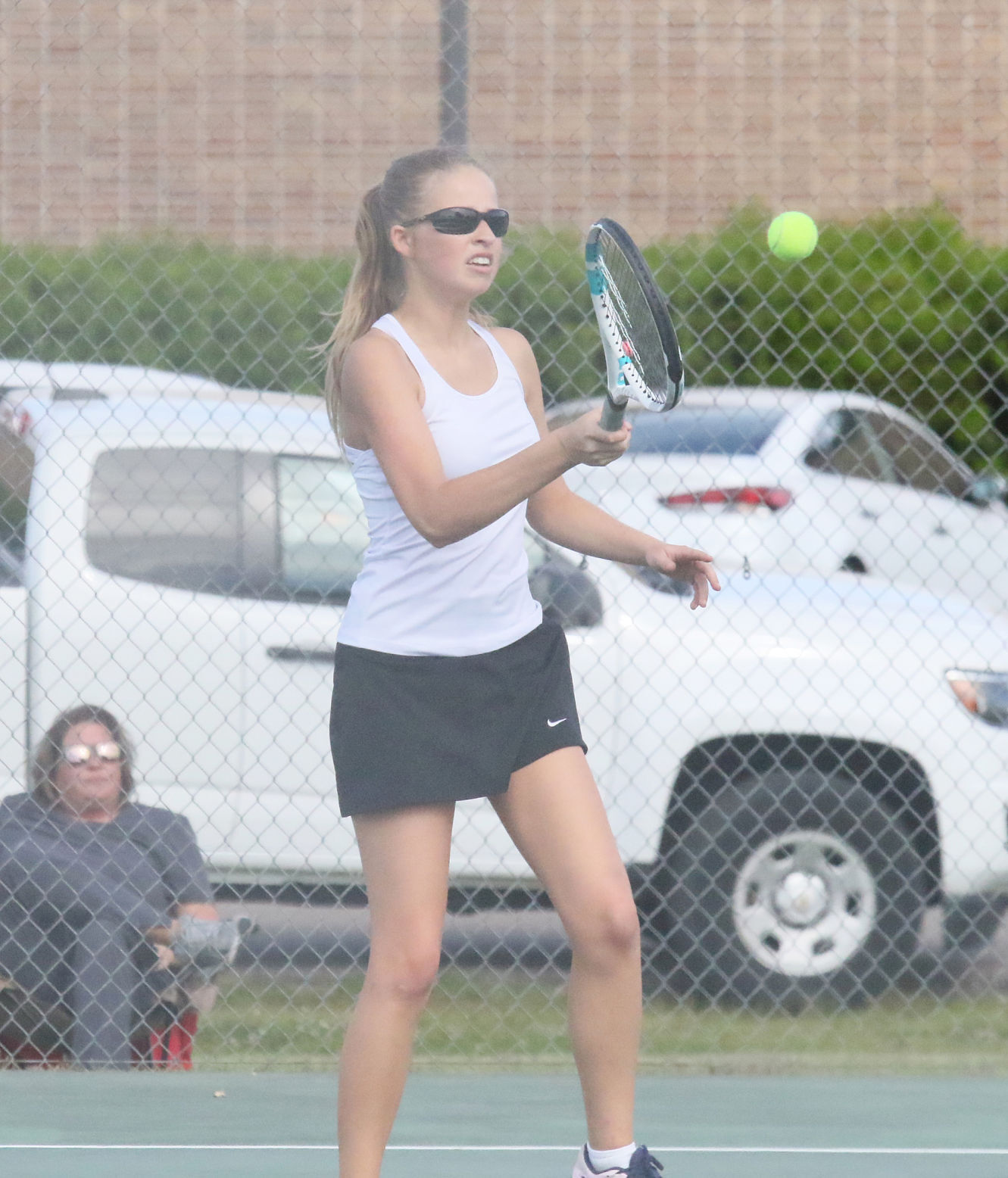 Amory's Caroline Nestor won her singles match against Booneville and will compete at individual state this week. 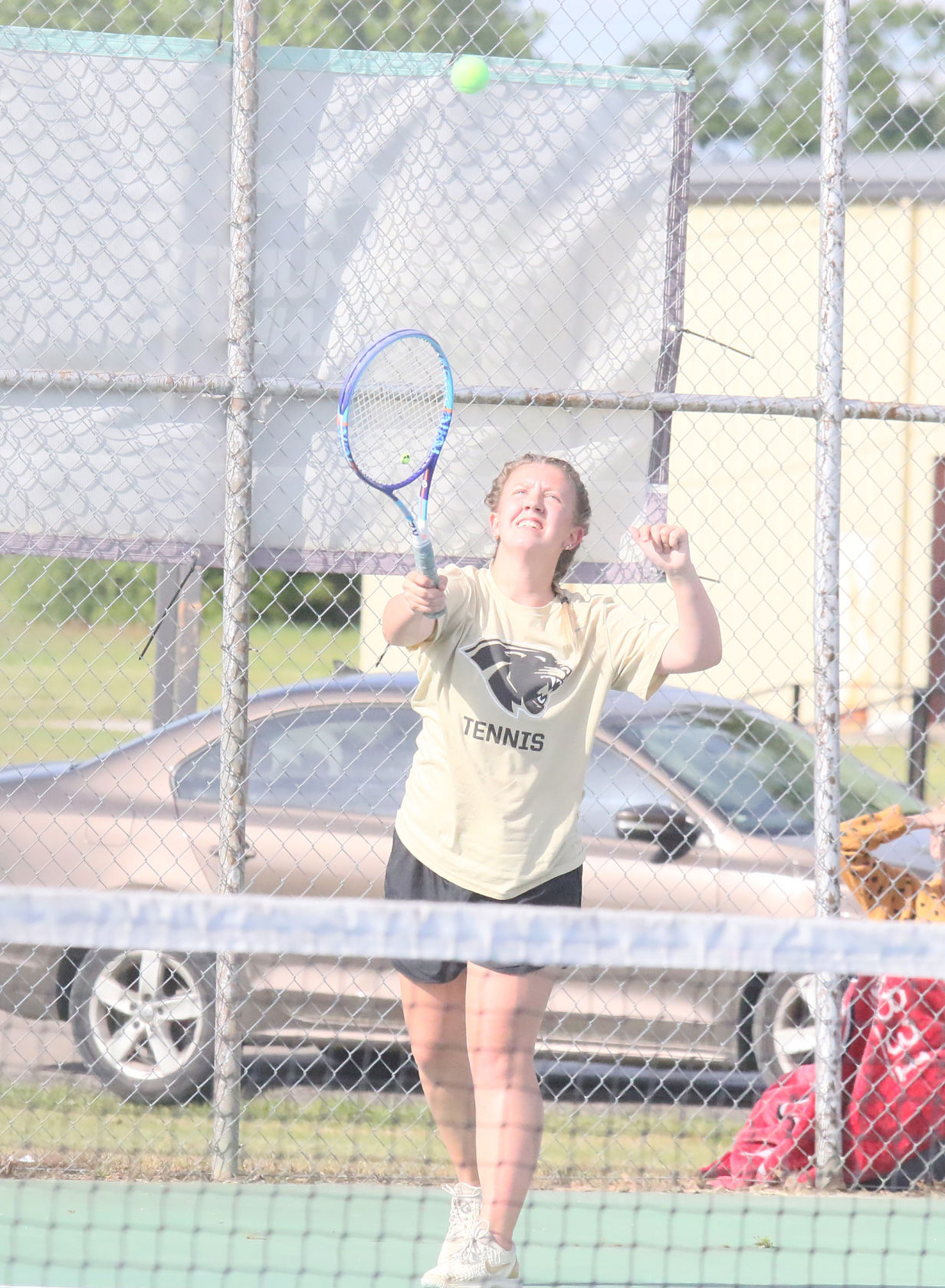 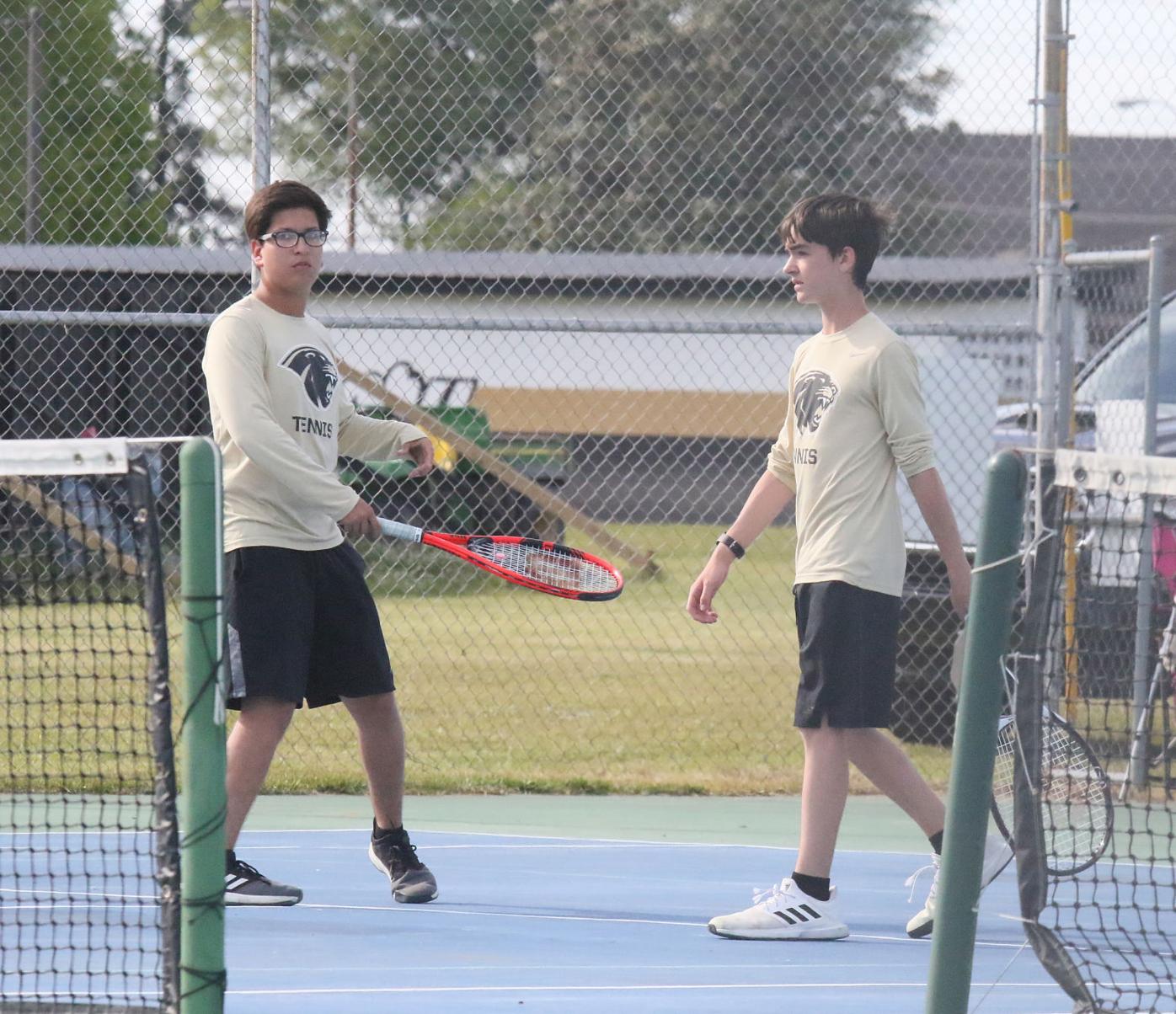 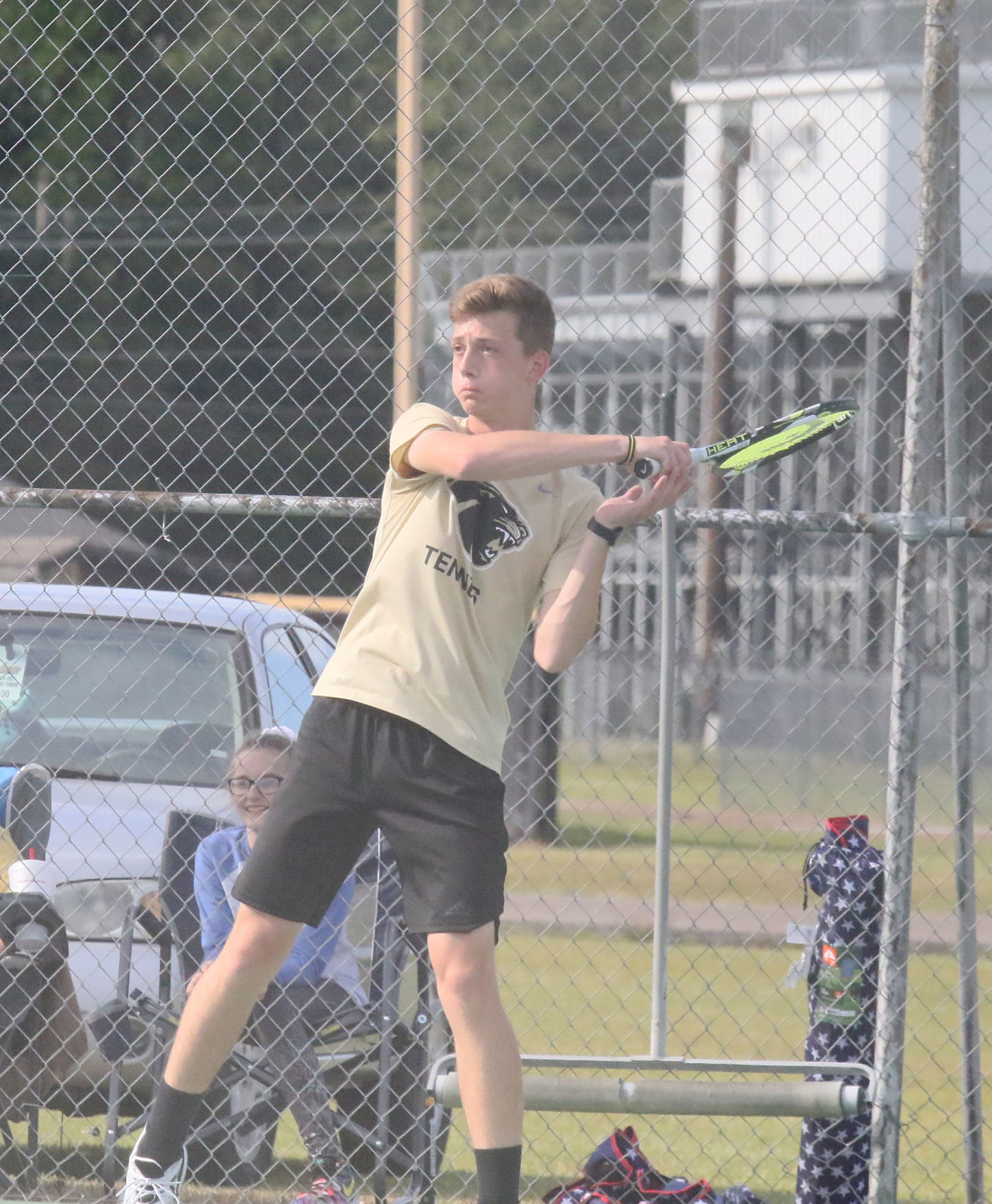 Amory's Clark Mason and his doubles partner, Gabe VanYperen, won 6-3, 6-2 against Booneville and will be competing for state this week as well.

Amory's Caroline Nestor won her singles match against Booneville and will compete at individual state this week.

Amory's Clark Mason and his doubles partner, Gabe VanYperen, won 6-3, 6-2 against Booneville and will be competing for state this week as well.

Amory tennis capped off a big run through the playoffs by competing for the Class 3A team championship on Thursday, finishing runnerup to eventual state champion St. Andrews.

Tennis coach Amanda Eddings knows her team isn’t the only one to make state as a team, but are the only ones in several years and under the current format.

“We know it’s been at least about 20-something years, and it being the first time in that long that we have made it to the championship is a big accomplishment for the kids,” Eddings said. “We have a very young lineup with two returning seniors, a big group of sophomores and three eighth-graders playing there in the lineup. Almost half of the team, this was the first time they played in a varsity match was this season. That speaks volumes to what we accomplished, and they proved a lot more than just their age.”

Amory dominated their North half match with Booneville last Monday afternoon, picking up a 5-2 win.

The Panthers picked up a clean sweep in all of their doubles matches.

“Our boys doubles’ 1 has really gelled together and meshed, and our boys’ doubles 2 is made up of an eighth-grader and someone who has never played varsity,” Eddings said. “They came out here and worked hard, and girls’ doubles 2 are two eighth-graders. They did phenomenal and won matches where they shocked and surprised you. That whole team mentality was big with this group and carried them past their youth, and they encouraged and lifted each other up.”

Black and Nestor are the only seniors on the tennis team.

“They have both been versatile players, and they both stay after it and want it,” Eddings said. “They set that precedence and are coming out here on the weekends when I’m not out here. That carried over to the young team was those two showing they were excited to be here, coming early, staying late and being here more than just practice.”

With the young lineup, Eddings said she hopes to be back in the championship match next season.

“I tell everybody that they will see us again, and we will be there the next couple of years for sure,” she said. “That’s the kids’ mindset too is that they think they will be back, and you have to love that when they are still driving after a hard loss.”

Amory still has five competing in the individual championships this week with Nestor in girls’ singles, Mason and VanYperen in boys’ doubles and Taylor Brown and Toby Adams in mixed doubles.

“Taylor and Toby are two first-year players as well who have taken the challenge on, which is rare,” Eddings said. “Having nearly half the team make it to individual state is really big, and we have always had that one doubles team or singles that made it. It’s good to see several kids go on further individually as well as pulling the whole team through.”