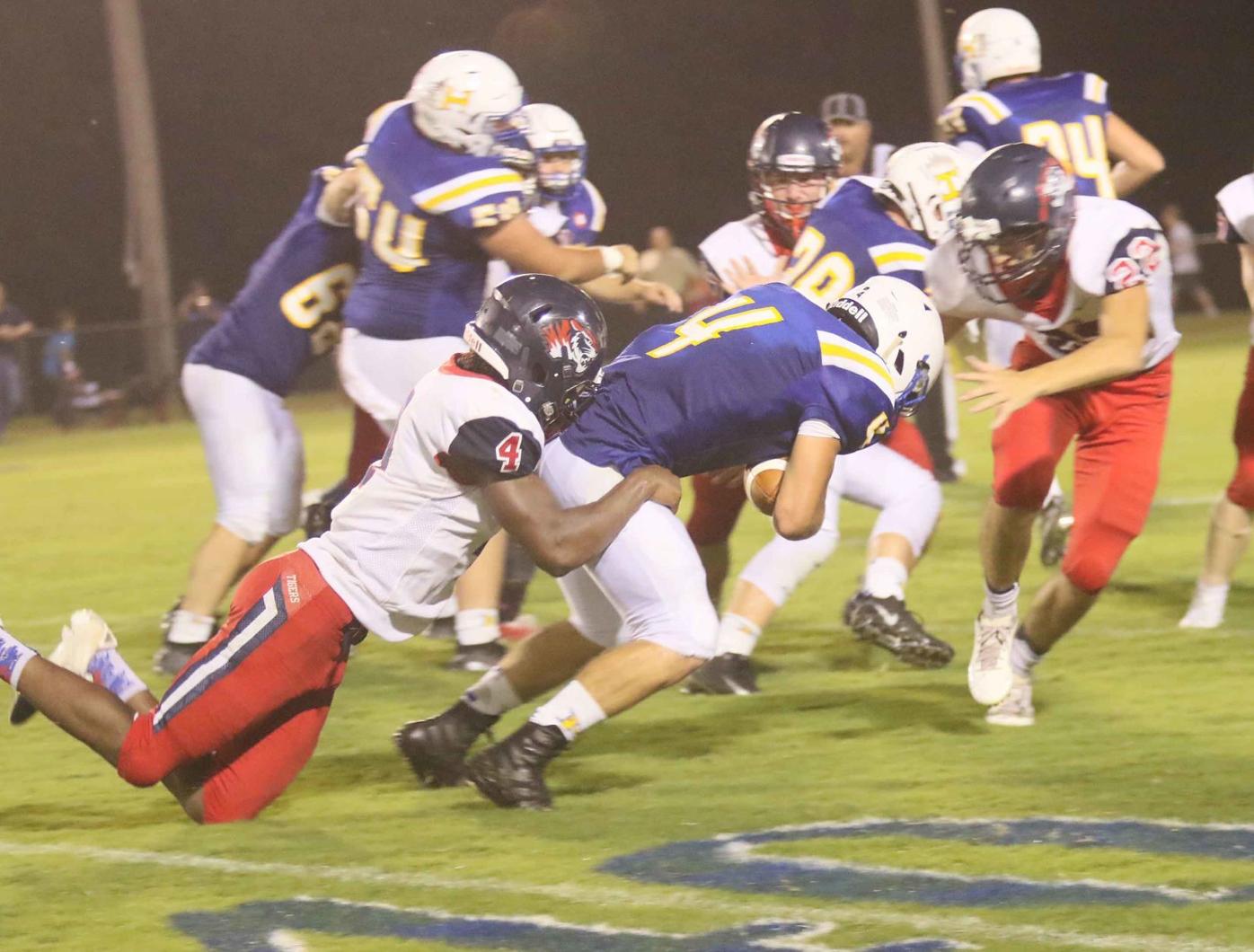 Nettleton’s Marcus Thomas gives the Tigers an automatic boost as he decided to return for his senior season instead of graduating early. 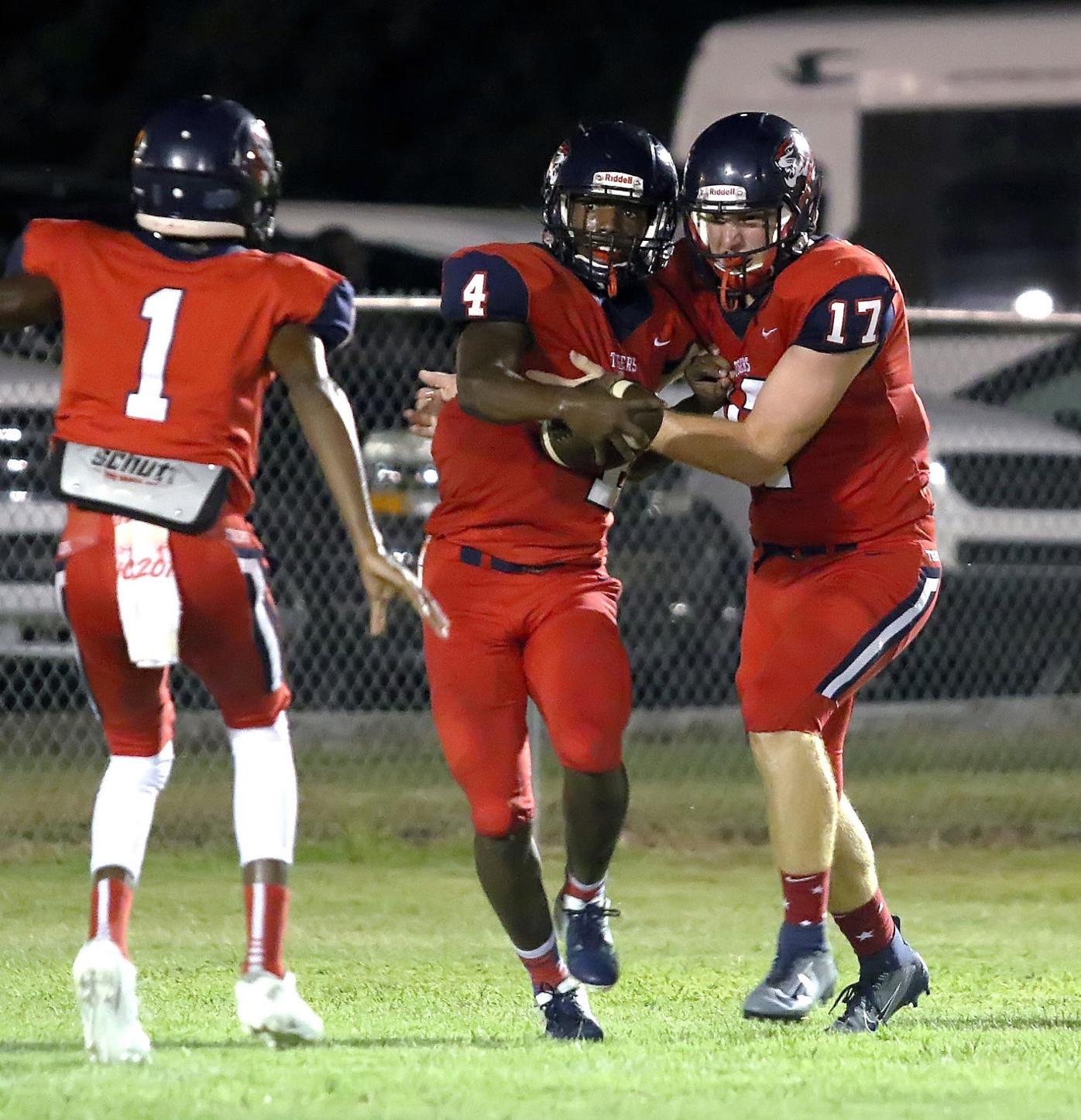 Marcus Thomas, left, led Nettleton and ranked fifth in the state last season with his 168 tackles.

Nettleton’s Marcus Thomas gives the Tigers an automatic boost as he decided to return for his senior season instead of graduating early.

Marcus Thomas, left, led Nettleton and ranked fifth in the state last season with his 168 tackles.

When Nettleton coach John Keith was hired back in April as the Tigers’ next head coach, it wasn’t long before he received another piece of good news: star linebacker Marcus Thomas had decided against graduating early and would be coming back for his senior season.

One of the first things on Keith’s list when he took the job was talking to Thomas because he felt he deserved a chance to play at the next level.

“I heard it from every single person when I got the job, opposing coaches, administration here in the school district, coaches and players here just how great of a person he was, one, and how great of a player he was, two. He seemed like the type of young man that I wanted in the program,” Keith said. “The first day I was hired, me and all the coaches met here, talked for a couple of hours, and then we loaded up and went to Walgreen’s, where he works, and talked to him. I said, ‘This isn’t a pressure thing or trying to put you on a spot. This is just letting you know this is your option. Watching your film I think you have the opportunity to go play behind high school. I don’t know what happened, but I would love it if you decided to give it another run, and let’s see if we can make it happen.’”

Thomas said even before the coronavirus pandemic shut school down for the rest of the year, he was thinking about his options for next year.

He had hoped to receive an offer during National Signing Day in February, but the right one didn’t come through.

“I was just laying there one day thinking, ‘What should I do?’ It was before even the corona stuff popped out, and I said, ‘I’m just going to give it to the Lord and let him do what he does, and he’s going to show me which way to go,’” Thomas said. “Then all this stuff happened, and I was like, ‘I guess this is the way He’s showing me, that I need to stay for one more year.’ Then the coaches came and talked to him, and I was like, ‘Yeah I might as well.’ It’s only going to make me better for the next year.”

Even if Thomas had decided to graduate early, Keith said he was still going to support him, but he hoped that coming back would open up some doors.

“It was 100 percent about his future. I told him I would do everything I could to try to make his goal of playing in college happen,” Keith said. “I couldn’t promise anything, but I would work every way that I possibly could and I would still support him if he decided to go ahead and continue graduating, and I would be there for him. I wanted to see him be successful, and he’s the type of person we wanted in our program just based off everything everybody had said.”

With Nettleton bringing back several returning starters, especially on the defensive side, Thomas said the potential for this season was another factor that weighed in on his decision.

“When I was thinking about coming back, I thought about that we had some good people coming back. As far as we went last year, I know that we are most likely to go even further than we did,” he said. “I think last season we got better with our dedication, our hard work and never giving up when it got hard.”

Keith said he has already seen Thomas stepping up as one of the leaders of his team and speaking of his character.

“He’s first and foremost a great leader and a great young man, and beyond that, he is a great football player. We have to play him out of position for us for what he probably truly is at the next level,” Keith said. “I think he’s a nickel safety, an outside perimeter player. He’s so physical for us and does a good job inside the box. He can run though, and he can cover and play in space without a doubt. I have talked to several of the college coaches about him and given my opinion, and hopefully that will have a little bit of weight in helping make some opinions. I am hoping he has an opportunity coming his way soon because he deserves it.”

Thomas moved to Nettleton from Okolona before his sophomore season and found the transition easy right from the beginning.

“It feels like I have been here all along,” he said. “When I got here, it felt like everyone was one big happy family. Everybody all together took me where I needed to be, and it felt like the right thing to do.”

One of the changes for this season will be that Thomas might see more time on the offensive side of the football, at running back. He had two rushing touchdowns last season.

On defense, he led Nettleton with 168 tackles, including 25 for loss and six forced fumbles. He ranked fifth in the state in tackles, playing two less games than two of the players ahead of him on the list.

Thomas is already seeing even more team chemistry with his teammates during their summer workouts and said they are already gelling with Keith.

“It has been really good with Coach Keith so far. He shows you that he cares, and he’s always there for you. We already have a good relationship with him,” Thomas said. “I think we can win more ballgames and go out and show people what we can do. I feel like last year, we weren’t really able to just show them because we felt like everybody wasn’t there. But this year, as a team, we are going to show everybody.”

Amory School Board extends Virtual Wednesday through the rest of semester