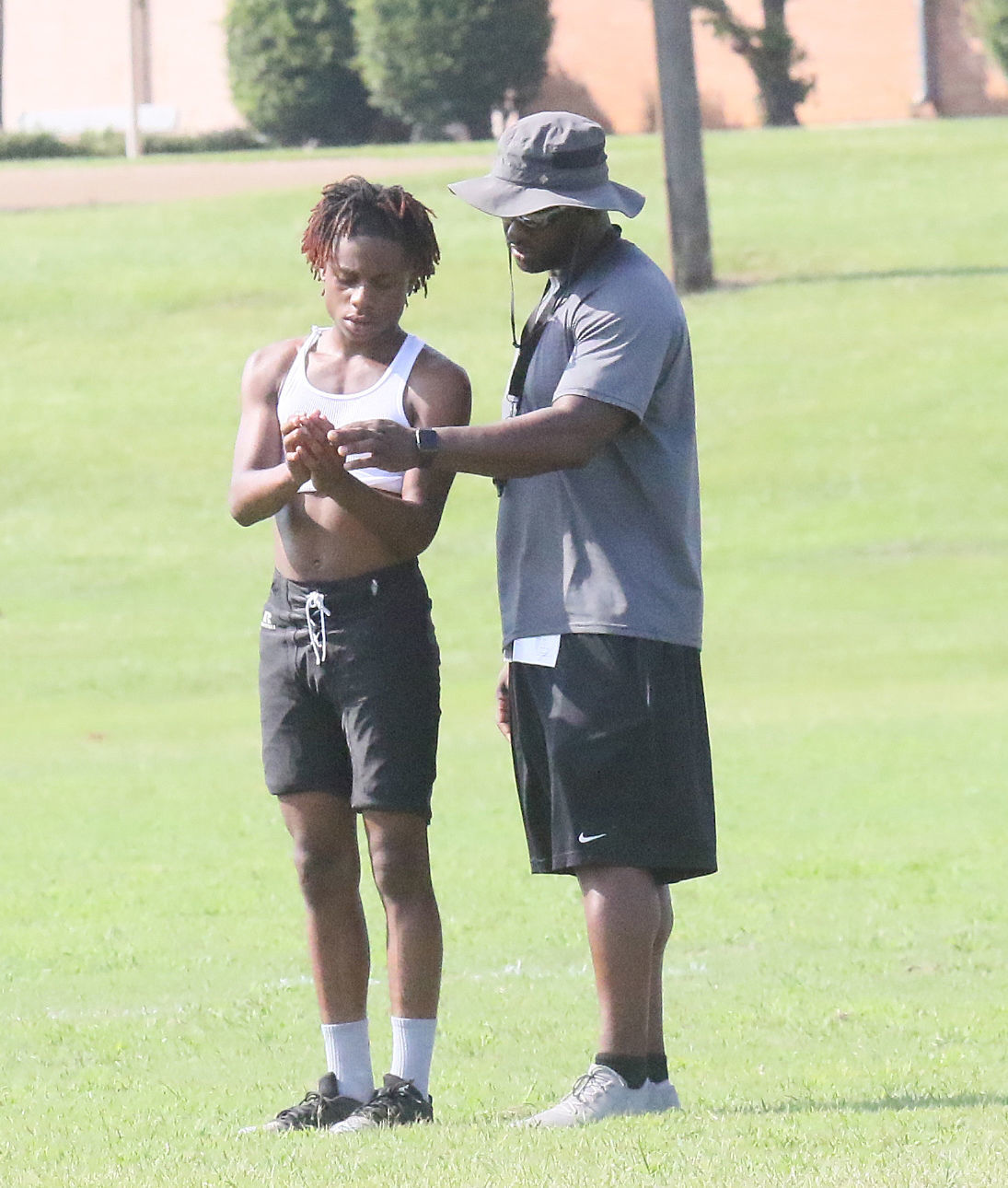 Aberdeen coach Alex Williams, seen here with Tito Williams, thought his team was moving in the right direction in the offseason before spring workouts were shut down due to the pandemic. 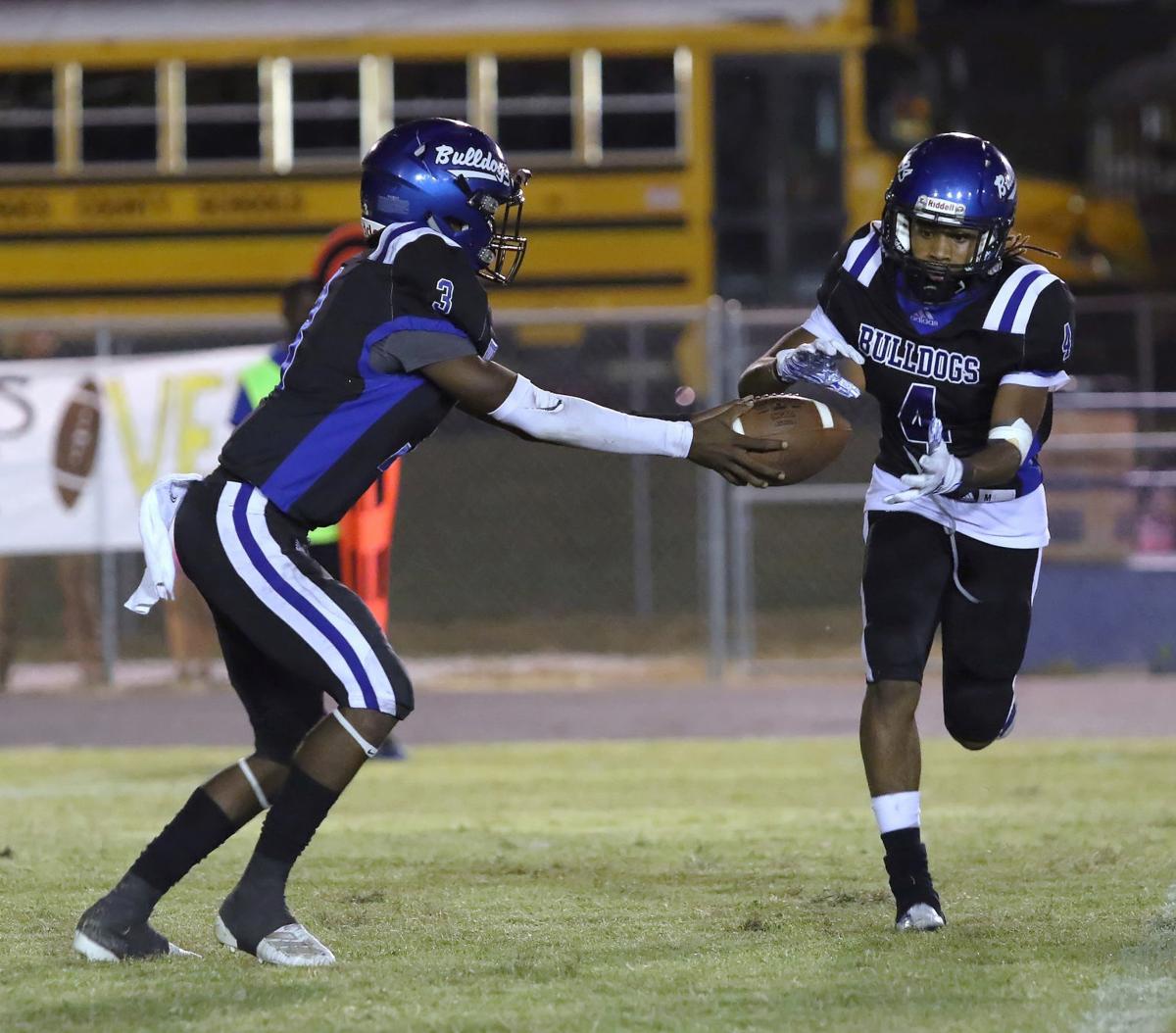 Aberdeen coach Alex Williams, seen here with Tito Williams, thought his team was moving in the right direction in the offseason before spring workouts were shut down due to the pandemic.

After winning just one game in 2019, Aberdeen second-year football coach Alex Williams was starting to see his team move in the right direction in the offseason.

Then spring workouts were shut down, and the Bulldogs’ spring football game was canceled when the school year came to a crashing halt.

“We definitely lost all the gains we have made from the last game of November until spring break. We had made some steps in the right direction, but you feel like with a couple of months off, all that is gone, and you’re starting over at ground zero,” Williams said. “We needed the spring for confidence and to get some things taught. We’re a little further behind that we would like to be as far as teaching our scheme and things of that nature. I was finally starting to see kids pick up how we want to work and prepare, and all that has to be retaught.”

One of the changes Williams planned to make during the spring season was moving some players around to different positions and develop more of a passing game.

“We want to spread the ball around a little more and try not to lean so heavy on our running backs and lighten their load,” he said. “Those were things we planned on emphasizing this spring. We have a new defensive coordinator, and I was going to see how that worked out to our mentality and how we prepare for a game, approach practice and things of that nature. I was anxious to see if we turned a corner on that.”

Some of the questions that Williams was hoping to answer in the spring include a quarterback competition between upcoming senior C.J. Arnold and sophomore Jermaine Strong.

“We will find ways to use both, and we have to block for them better. We feel really comfortable with our running backs with Johnathan Moore and Xavier Young,” Williams said. “They are both capable backs, and Johnathan is a threat whenever he touches the ball, so hopefully we can get him to that second level and let him go wild. We also want to add some to their group. I think we are going to have a good problem with too many guys in one position there because we could have four to five that could play and help us, depending on how a freshman turns out.”

The offensive line remains one of the Bulldogs’ biggest questions as they lost a couple of starters from last season and struggled on blocking.

“We have to get that offensive line shored up because it’s all about blocking and tackling better,” Williams said. “I wanted to see us do those two things and just compete. We need to see which guys are better for the offensive line, and it’s tough because there’s a lot of uncertainty for us there.”

On defense, Jon Hartley steps into the defensive coordinator position with Williams running the offense. One change Aberdeen looks to make on defense is moving senior linebacker JaNolan Jones to the line.

“We tried to do that last year, but we had guys get hurt, and he had to move back to linebacker,” Williams said. “My main thing is we are going to try to get as much speed on the field as we can. Defensively, we will work on learning the scheme and seeing how guys fit and moving them around. We will also have Jenari Bell coming back on the line, who was a good player for us last year and will be this year as well. I want to get him in the weight room and see how he spraddles up.”

One factor that Williams also expects to help is an increase in numbers, as injuries hit the Bulldogs hard in 2019.

“We’re adding in some basketball players like Cordrell Barker and Malik Williams, who played last year but didn’t finish the season. We have 20 freshmen coming up, so we should be trending back to the way things were when we were good,” he said. “We will have eight to nine seniors and double digits in the rest of the classes, which will help for competition. You can’t get comfortable with that many guys around because someone will push for a start. It will help us for preparation, depth and on special teams.”

Adapting in a pandemic

Aberdeen coaches didn’t put together an official workout plan during the shutdown but suggested running, pushups and other workouts of that nature.

“We have no way of knowing if they did it, but if they reached out, we gave them a little something to do,” Williams said. “Some kids did reach out and have ran around the track or lifted weights at their house. Some are not as self-motivated as others and need us yelling at them to get their workouts in.”

With activities starting back up, Williams said there were safety measures in place for summer workouts, and the plan was also to keep groups small.

“We will check temperatures and have a three-group rotation for small groups. One group in the weight room, one group on the track and one group on the practice field doing certain things,” Williams said. “We can do some individual group work to teach some stuff we missed out on in the spring, football-specific stuff, technique and things of that nature. We just want to put down a small foundation of what we used to have to go forward, so that we can get the basics in and have something to build off in the fall.”