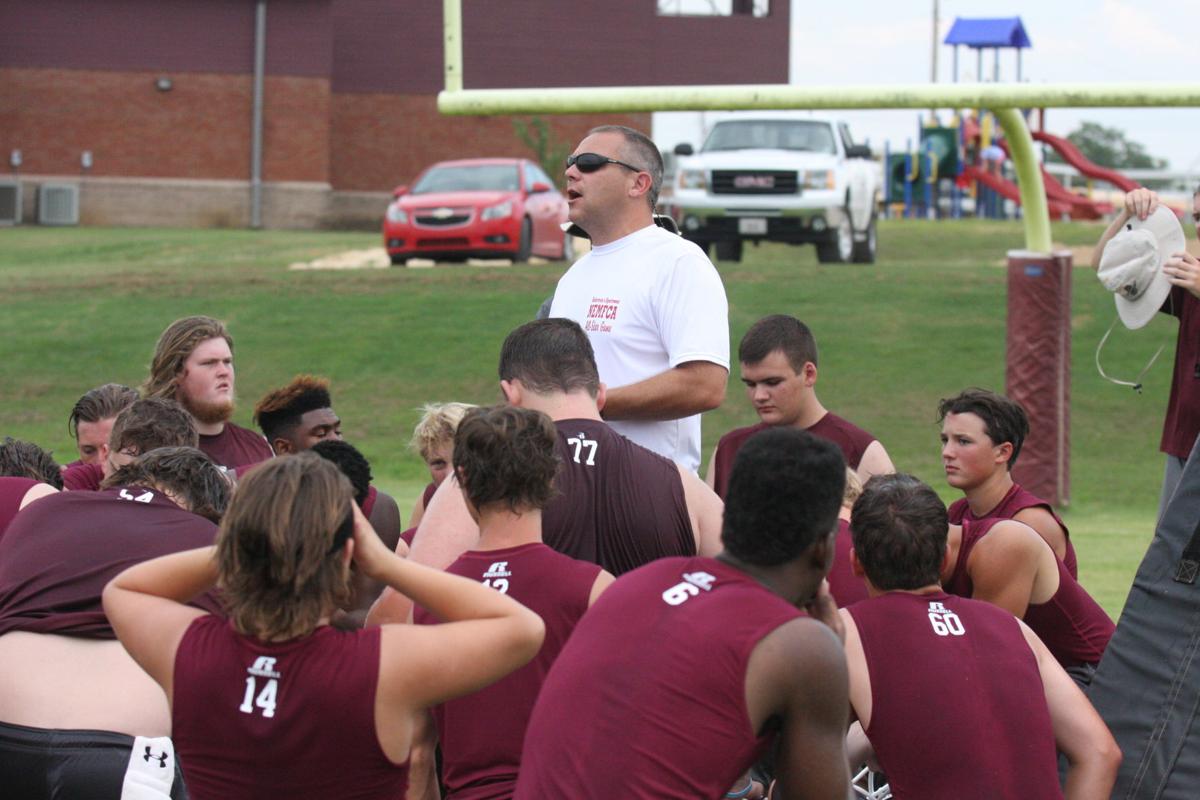 Chad Collums posted a 32-9 record in his first stint with the Seminoles and returns after three seasons at Raleigh. 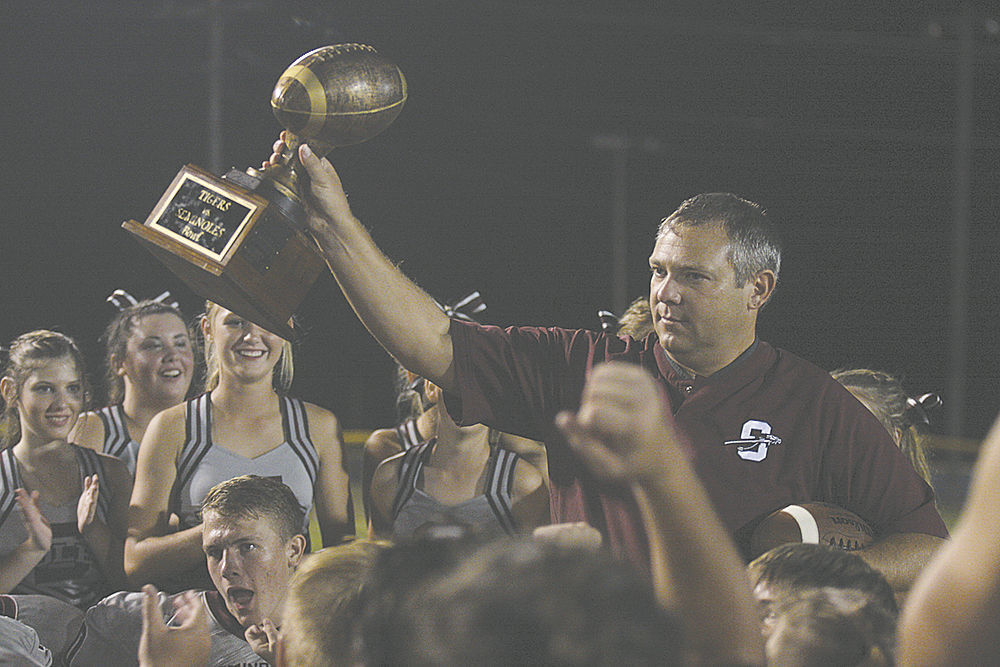 Chad Collums led the Seminoles to the playoffs in three straight seasons, including back-to-back North finals appearances in 2015 and 2016.

Chad Collums posted a 32-9 record in his first stint with the Seminoles and returns after three seasons at Raleigh.

Chad Collums led the Seminoles to the playoffs in three straight seasons, including back-to-back North finals appearances in 2015 and 2016.

Smithville didn’t have to look far for its next football coach as a familiar face was looking for the opportunity to return.

Chad Collums, who left the Seminoles in 2017, is back as the Noles’ head football coach after three seasons away at Raleigh.

“When we left, we had personal reasons why we needed to be further down south, and I got that opportunity and took it,” Collums said. “I have been keeping up with Smithville ever since I moved away, and I kept in touch with people here and some of the coaches. I tried to keep in touch, and when it came open again, I jumped at the opportunity to come back, and I’m about as happy as I can be.”

Collums put up a 32-9 record in his first stint as head coach at Smithville and led the Noles to the playoffs in all three seasons, including back-to-back North finals appearances in 2015 and 2016.

“The three years I have spent at Raleigh, I have really grown as a coach,” Collums said. “I have dealt with some things that made me a better coach and that I feel like will help me moving forward.”

Despite three years away, it’s still plenty of familiar faces left at Smithville for Collums, including coaches, administration and former players.

“The new coaches on the staff since I was there before are people I went to school with or have been friends with and known for a long time,” Collums said. “This year’s juniors and seniors are kids I remember back when they were in junior high, and I remember how good they were and have also kept up with them in other sports since I have been gone. There’s definitely some talented kids that are good athletes coming up as well.”

Collums said not long after the announcement of his return, he was already receiving text messages and phone calls welcoming him back.

“People being familiar with me and knowing what they get with me, everybody is excited,” he said. “But I promise that they aren’t as excited as I am to be back.”

The Seminoles posted an 8-3 record last season and just narrowly missed out on the playoffs in a three-way tiebreaker with Tupelo Christian and West Lowndes.

“That district is rough. You have Nanih Waiya, Noxapater, TCPS, West Lowndes and all those teams. It’s going to be a grind every week, and that includes our non-district games, too, against Belmont, Hatley and Mantachie,” Collums said. “We have to come out and play our ball every week. Our goal is to win as many games as we can, of course, and our first goal is to win the district, make playoffs and see how far we can make it.

“Of course, the ultimate goal is always to make it to state. That should be your goal every year.”

Despite losing a handful of starters from last season, Collums feels confident the Noles can have success this season.

“Coach (Michael) Campbell did a great job with them, and I want to build off what he has done and keep it going. Smithville is a different place, and the kids are just resilient,” Collums said. “The attitude, the expectations and everything else is just different. On the outside looking in, we lost so many kids off last year’s team, and people usually think no way are they going good again next year. That has happened before, and they have been good the next year. It’s just the mindset these kids have, and I feel like that’s always going to be there.”

With teams allowed to return to activities this week, Collums was planning on starting workouts on Tuesday.

“I’m kind of depending on the assistant coaches to get in touch with those guys and let them know,” he said. “We will work to get them acclimated to the heat again. I’m sure a lot of these guys have done some stuff while we have been out, but we have to treat everyone like they haven’t done anything and work them back to the hard work. We will start off slow, and hopefully by the end of the summer, we will be back in shape.”