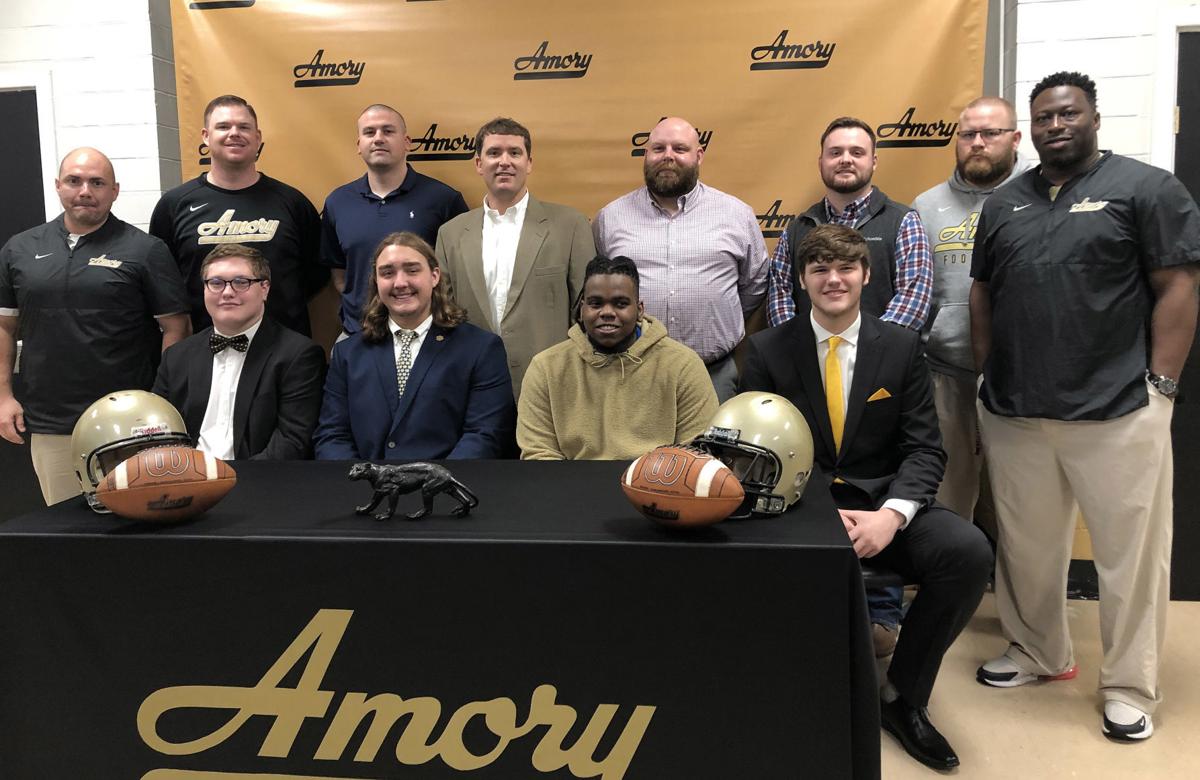 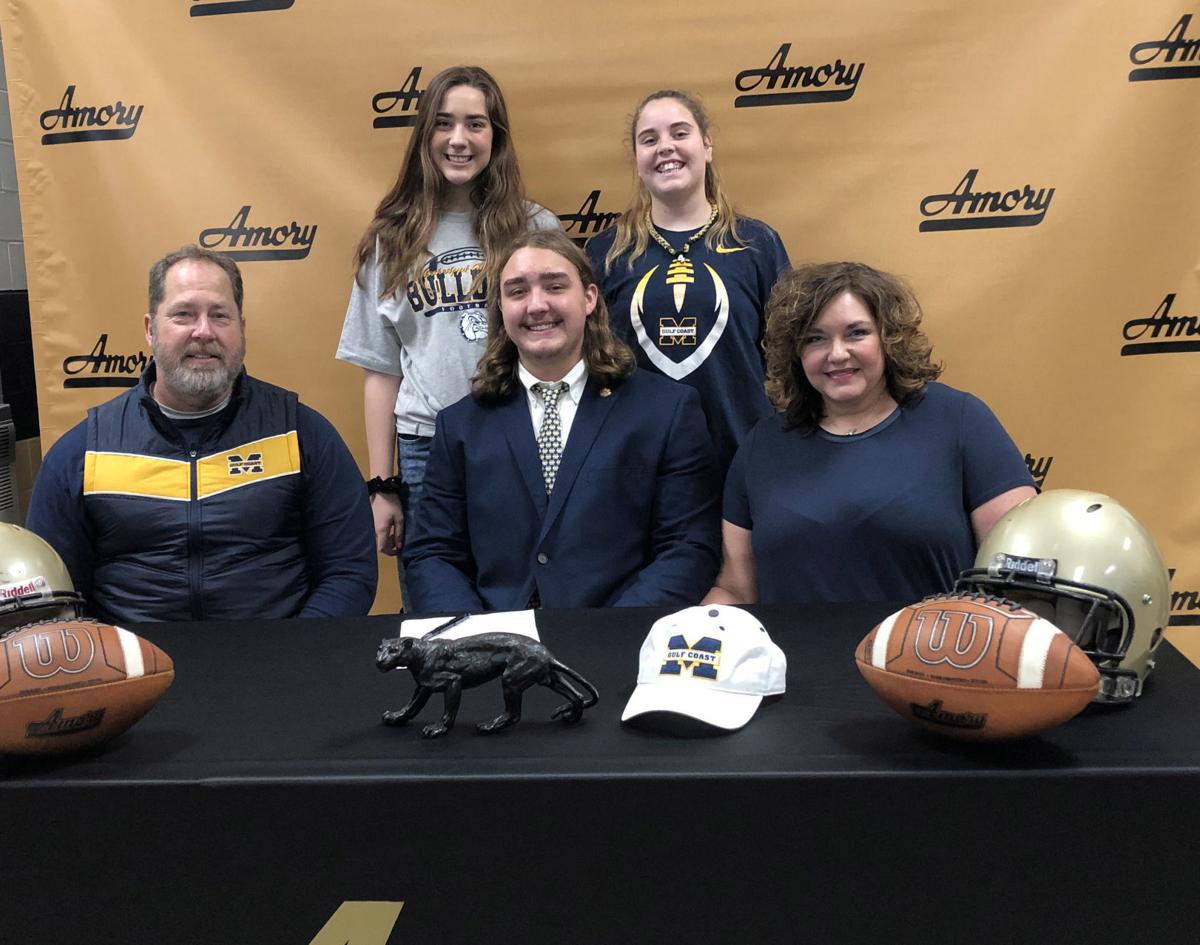 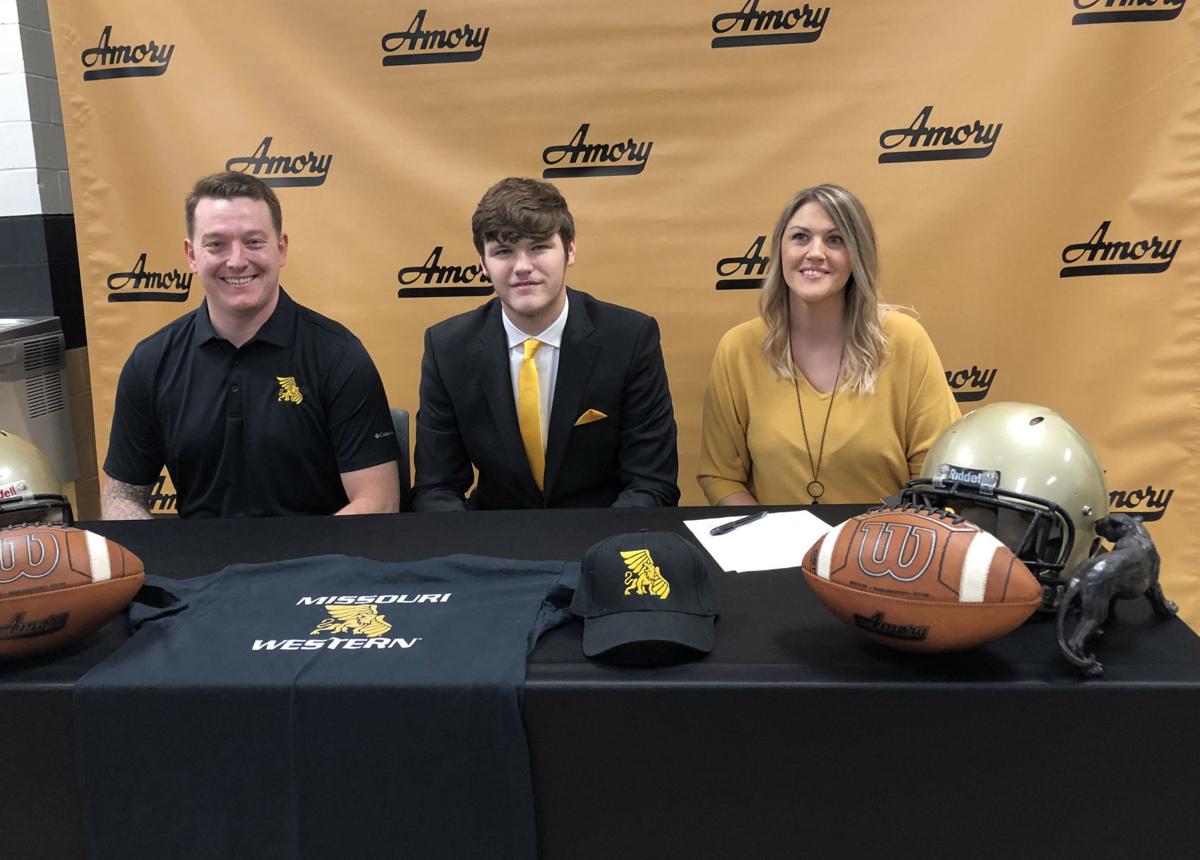 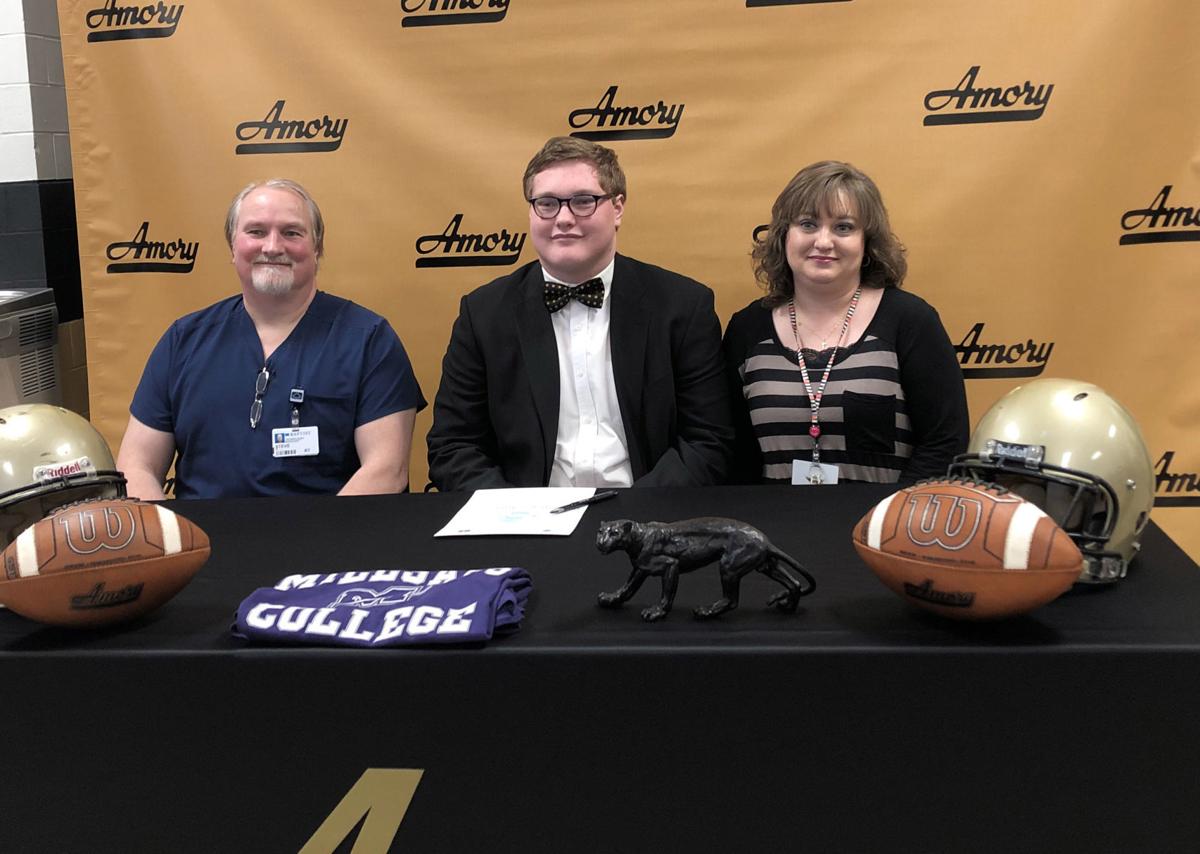 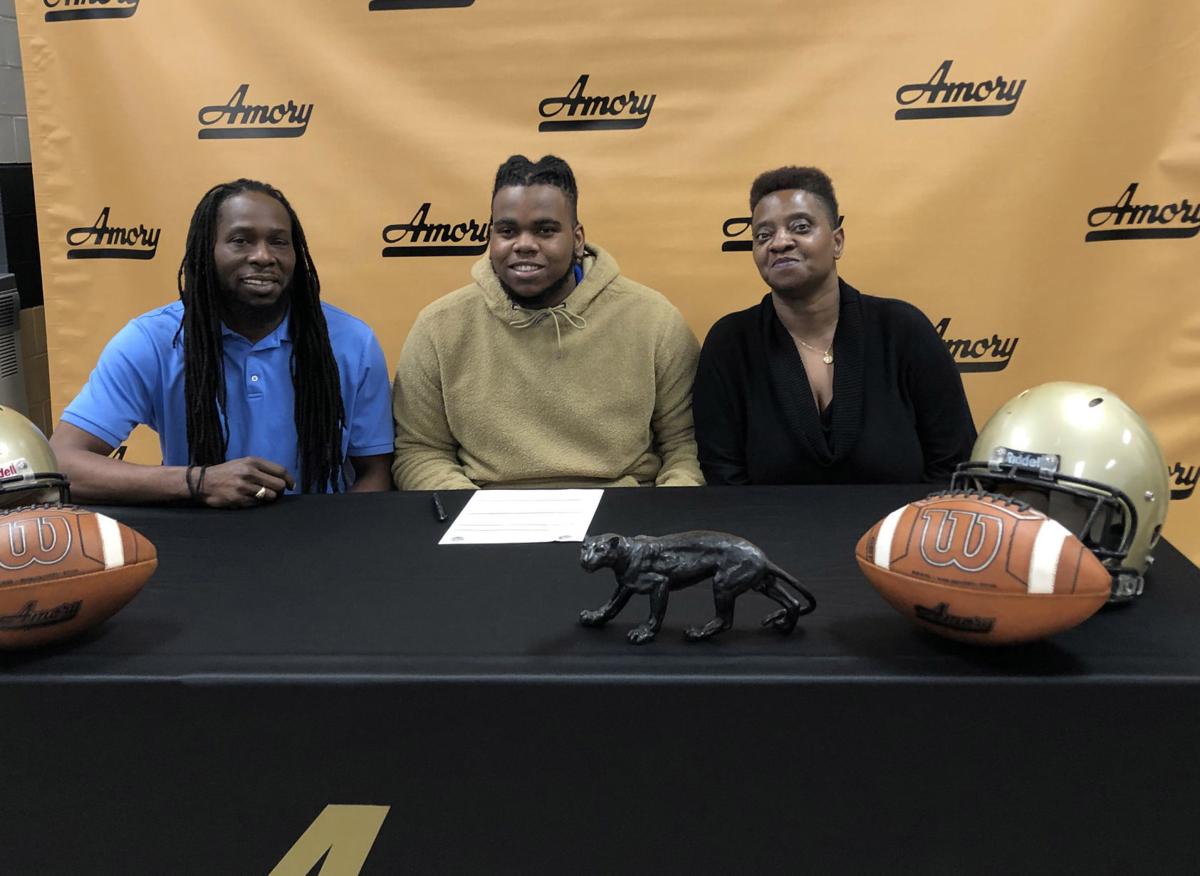 “This is just a special group of young men. They have played a lot of football, a lot of Friday nights under the lights, a lot of wins for Amory,” Amory coach Allen Glenn said. “They were my first group of freshmen when I got here, so they are special to me. They have a long road ahead of them, and I’m excited for and proud of them. They have been great ambassadors to Amory football and represented us well.”

Chilcoat, who signed with Millsaps, was a three-year starter who was named second-team All-Division 1-3A.

“They made it feel like home at Millsaps, and it’s a very prestigious school. They are very academically inclined, so I was excited about that,” Chilcoat said. “The campus is really nice. I want to get better on running and conditioning. The break between the end of the season and now is pretty long, so I have to get back into shape.”

Cox signed with the defending national champs in Mississippi Gulf Coast and was a first-team All-Division selection, a first-team guard for Class 3A All-State and played in the Bernard Blackwell All-Star Game.

“I really clicked with the offensive line coach from Day 1 and with their head coach too as well,” Cox said. “The facilities are amazing, and I felt like I was home as soon as I walked in there. I hope to get stronger, faster, be able to compete and get out next year and win a national championship and do what I can to get there.”

Ezell, who signed with ICC, was also a second-team All-Division selection who started on both sides of the line and hopes to focus on the defensive side at the next level.

Moore, who also made all-division, said he liked the family atmosphere at Missouri Western. He finished the season with seven catches for 123 yards.

“The family up there is crazy, and it’s the most tightly woven bunch of people from different cultures and ethnicities that I have ever seen in my entire life,” Moore said. “The coaches are like your parents away from your parents, and they just focus 100 percent on the kids. I want to work on my speed, agility and need to get stronger. You always need to get stronger, and that’s why I’m playing different sports to get those abilities. I want to keep working on my education and get smarter too.”

Glenn said all four had bright futures at the next level.

“Pete is just a guy that really came on, that was a late bloomer in his career. I think he has a really bright future ahead of him at Missouri Western, and he’s just a kid that’s a great ambassador of our program and kind of emulates what we want to be as an Amory Panther,” Glenn said. “Jazavion is a very talented young man and can play either side of the ball, and ICC is getting a really good football player in him. I’m really excited about his track and the road he will be on there. Jacob at Mississippi Gulf Coast, just he was kind of our bell cow up front on the offensive line up front this past year and has a really bright future ahead of him as a guard or a center, depending on where they want to play him. Alex probably graded out week to week better than anybody on our offensive line and just really progressed his senior year as well. I’m really excited for him, not just the football end of it, but the academic side because it’s hard to put a price tag on the degree from Millsaps.”