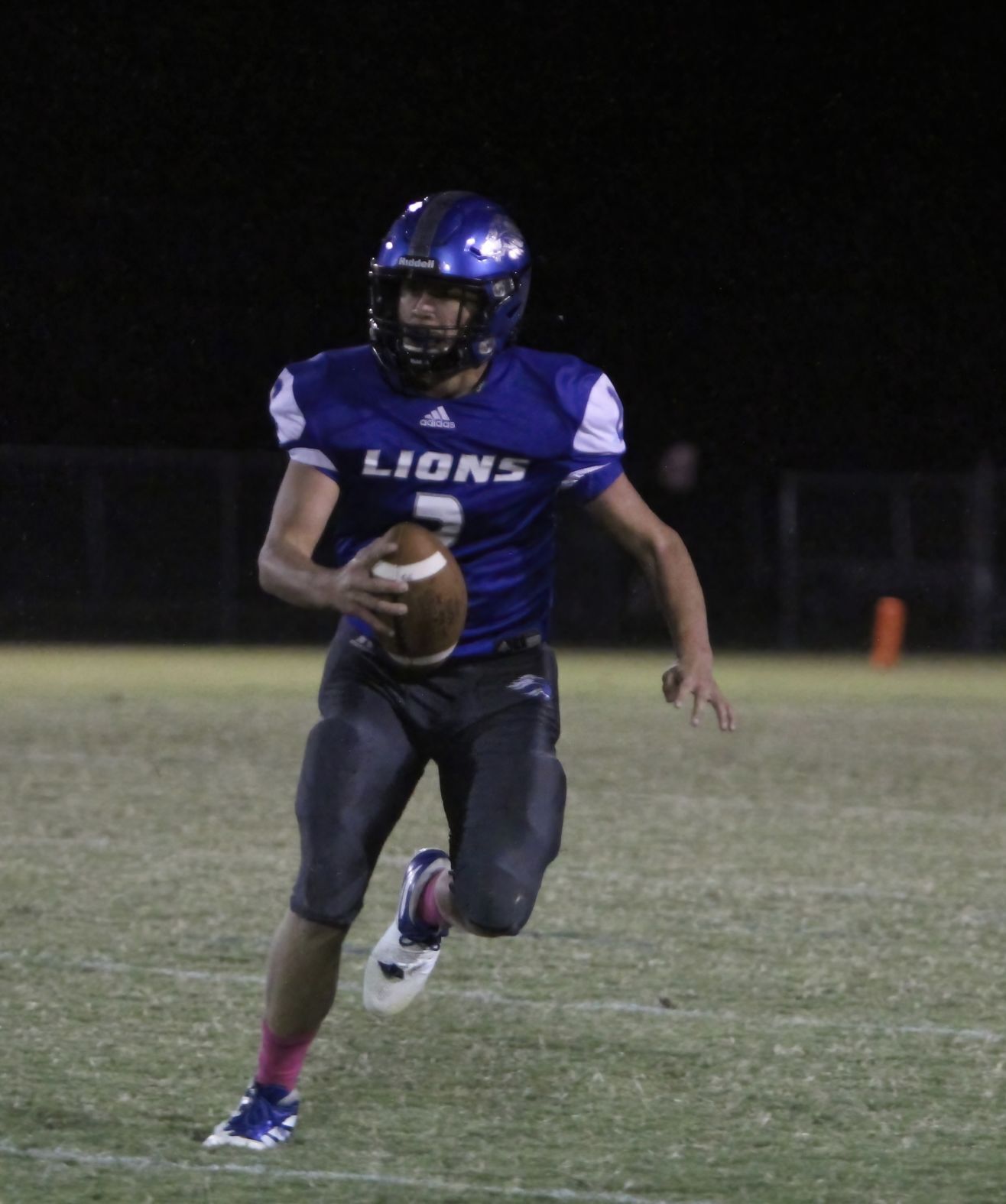 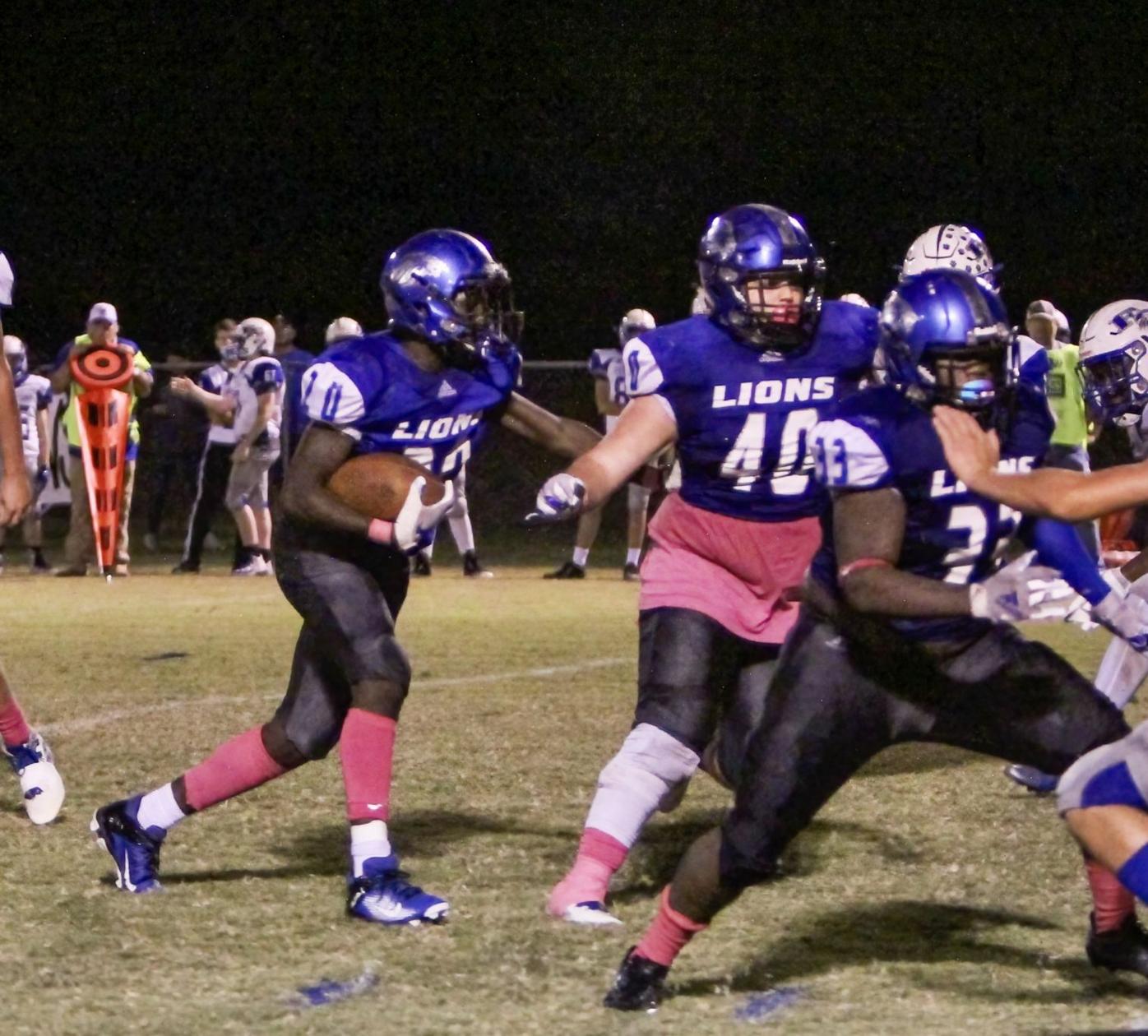 Hamilton's Rye Howard scored both of the Lions' touchdowns against French Camp. 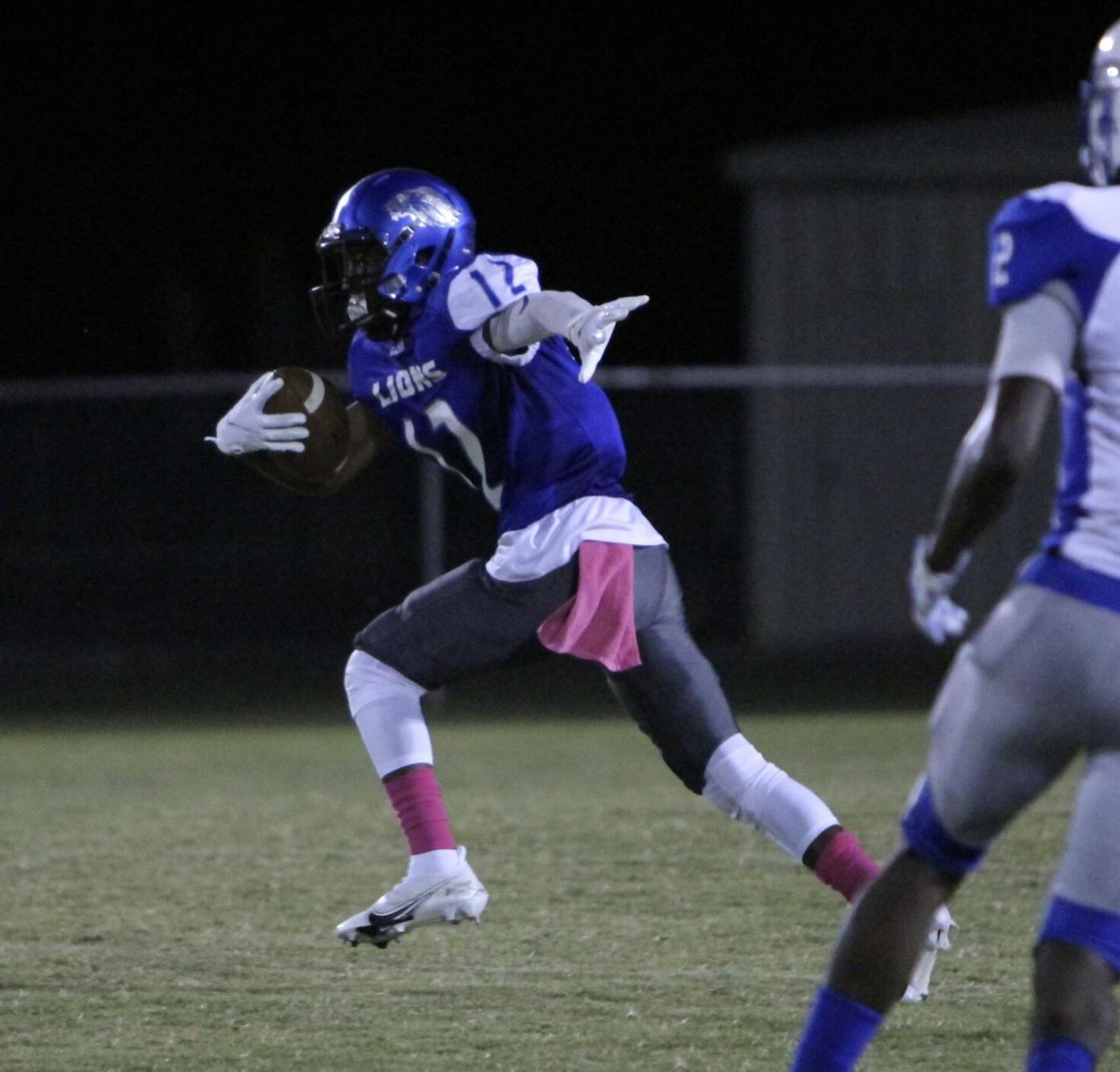 Hamilton's Kaden Smith cuts to the outside against French Camp.

Hamilton's Rye Howard scored both of the Lions' touchdowns against French Camp.

Hamilton's Kaden Smith cuts to the outside against French Camp.

Hamilton responded in the second half, but it was too little, too late as French Camp put up a 28-0 lead in the first half and rode that to a 41-14 Division 2-1A win over the Lions.

“You can’t wait 24 minutes against a good football team to decide you want to play,” Hamilton coach Wade Pierce said. “We played well in the second half, and I’m not disappointed in that, but we didn’t play well in the first half. It doesn’t help that we are bad beat up and missing 6-7 starters, but that’s no excuse. We have to play with more effort.”

Pierce complimented French Camp quarterback Calvin Johnson, who had a hand in four of the Panthers’ touchdowns.

“We knew they would coach them up, and they would be very difficult to stop. I heard he has an offer to go play at Navy, and he was very hard to stop,” Pierce said. “We made a lot of mistakes. They returned the opening kickoff for a touchdown and ran through about six of our guys. It was one of those games that got away from us in a hurry, and by the time we wanted to come out and play, it was too late.”

Hamilton running back Rye Howard had another strong night, scoring both touchdowns, the first one on a 32-yard pass from Evan Pounders and the second one on a 4-yard run. Both Hamilton scores came in the second half.

“We threw it better than we have all year long probably. Evan threw the ball really well,” Pierce said. “Our kicker, Parker Beasley, had two or three fantastic catches and played really well. We have to be better on defense though. The guys we have out, it hurts us more on that side of the ball.”

The Lions hit the road thus week for a division game with Noxapater, which is coming off an off week after a loss to West Lowndes.

“We have two very winnable football games left, and with West Lowndes going into quarantine, we’re not dead in the water,” Pierce said. “We have to find a way to beat Noxapater and Coffeeville and end our season on a high note.”

Like French Camp, Noxapater is led by a versatile athlete in K.D. Carter, who has played a variety of different positions.

“We have to be ready for him to be anywhere because they move him all over the place. Any second you let him get loose, he can be gone because he’s that good,” Pierce said. “They aren’t quite the same team they are last year, but they are still dangerous. I feel like this is a game we have a chance to win, and I hope our guys understand that and play with a lot of effort.”

JWL names Massey, Moore as its next citizens of the year