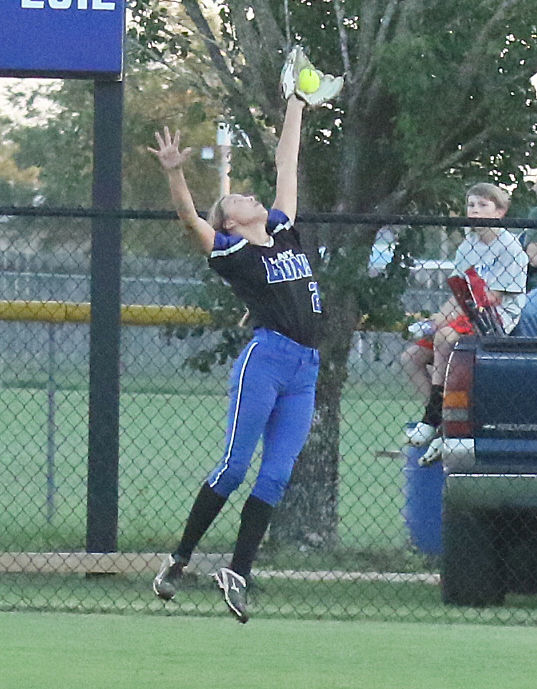 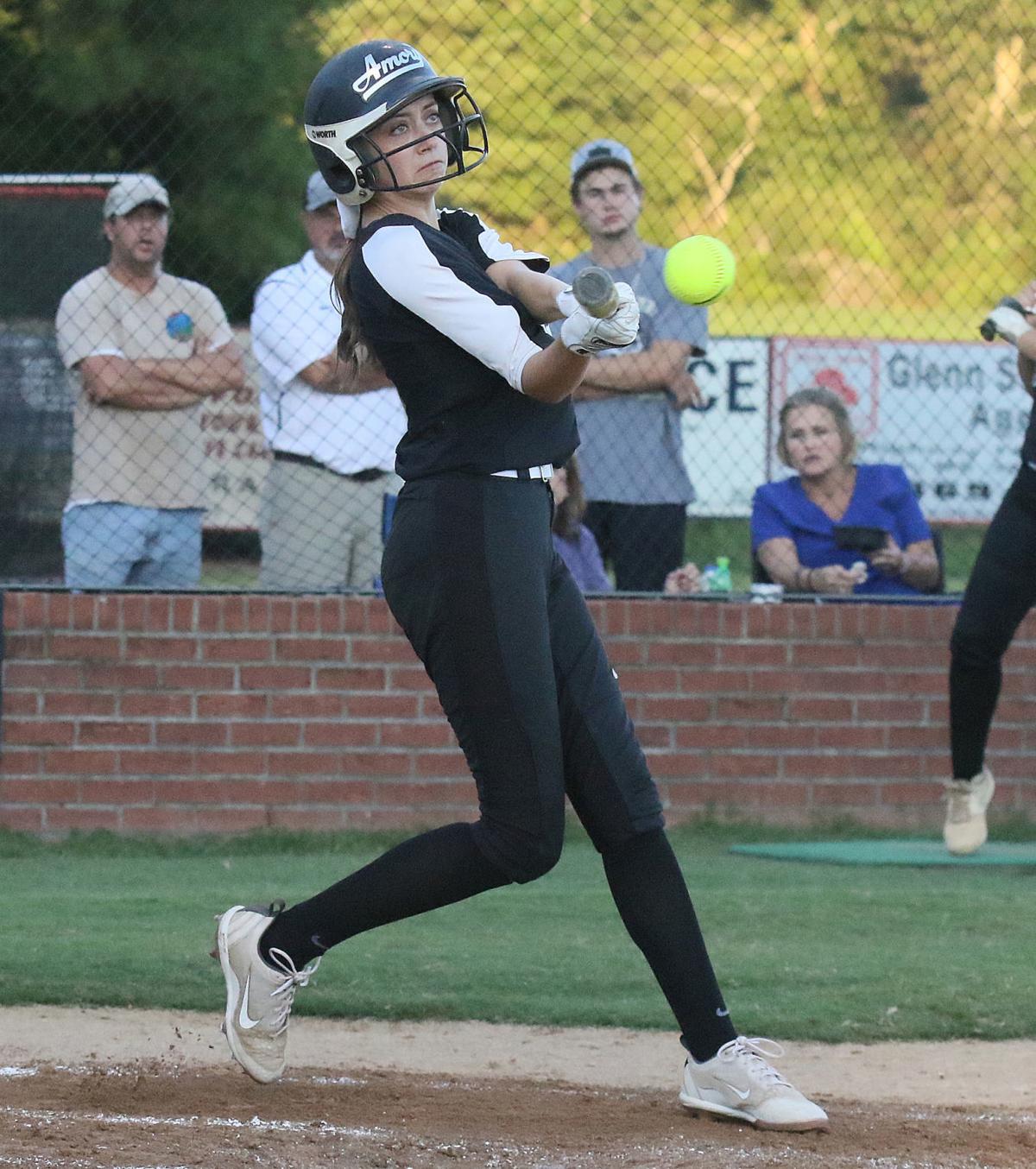 Amory’s Cassidy Simmons went 3 for 4 with a double against Hamilton. 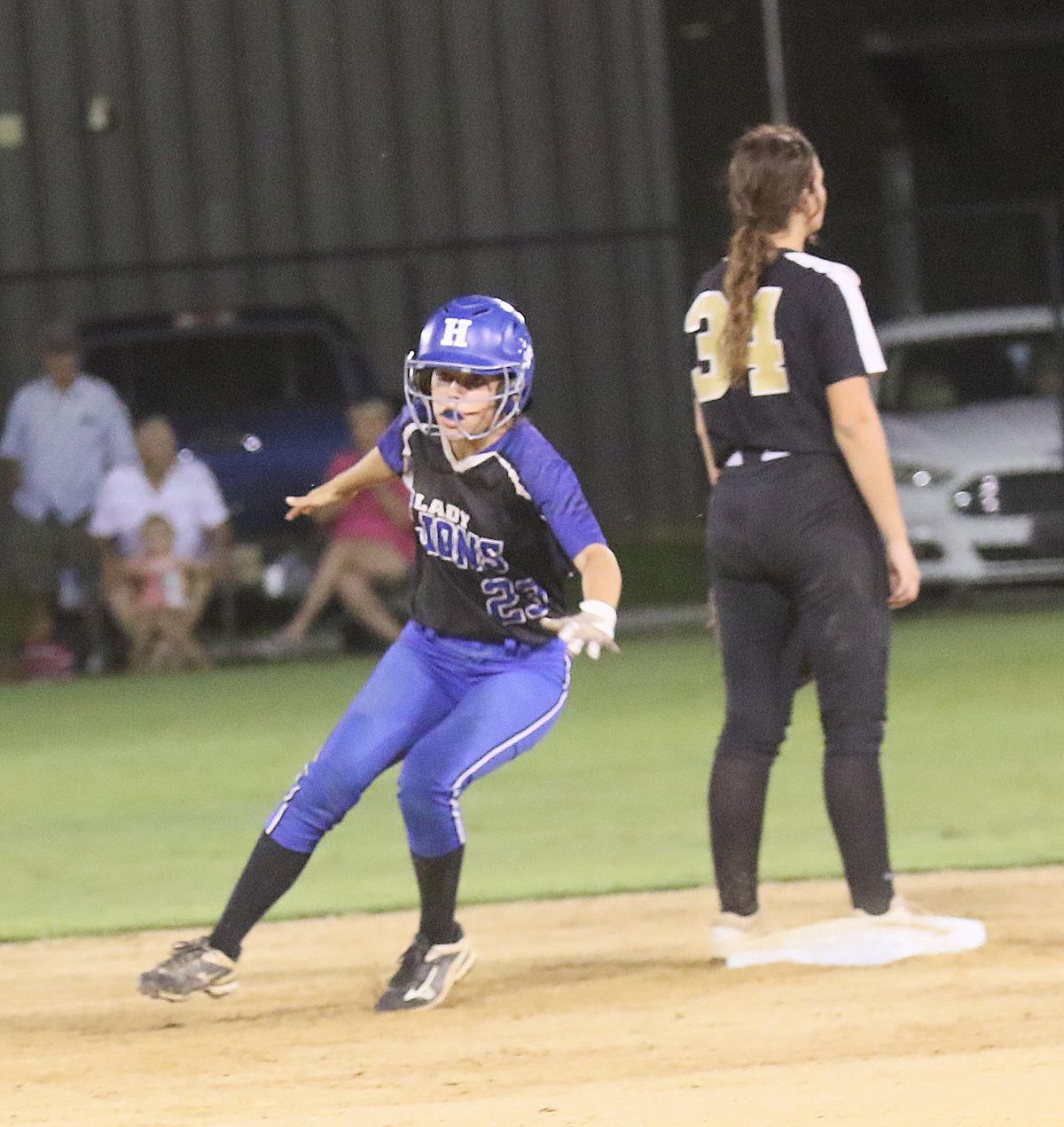 Hamilton’s Faith Imel rounds second on her double in the bottom of the sixth inning. 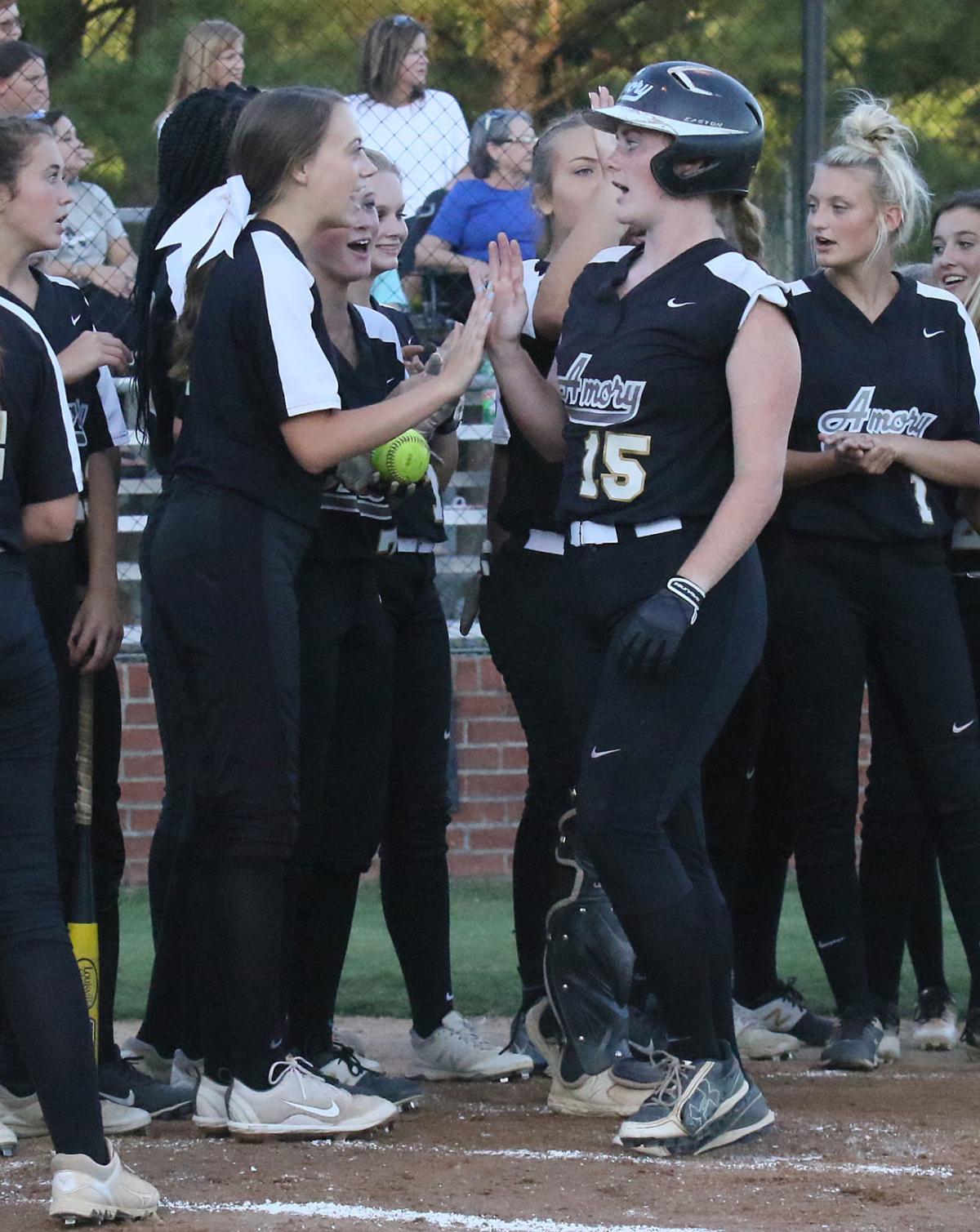 Amory’s Connor Stevens gets a high five from teammate Cassidy Simmons after her two-run homer in the first inning.

Amory’s Cassidy Simmons went 3 for 4 with a double against Hamilton.

Hamilton’s Faith Imel rounds second on her double in the bottom of the sixth inning.

Amory’s Connor Stevens gets a high five from teammate Cassidy Simmons after her two-run homer in the first inning.

HAMILTON – The final two innings ended up being wild ones when county rivals Amory and Hamilton faced off on Thursday night.

After the Lady Panthers had scored seven runs in the top of the sixth and took a 10-4 lead, the Lady Lions turned around and did the same in the bottom half, grabbing the 11-10 win and staying undefeated on the season. The two teams combined for seven errors in the sixth.

“The last two innings were pretty crazy,” Hamilton coach Bryan Loague said. “If we make the double play ball right here, then they don’t score in the top of the sixth. One out, runners at first and third, and you couldn’t have made that any better for us to make that. Then the ball goes into right, the run scores, and they get a couple more hits, and we make a couple more errors. That’s how runs are scored in slow-pitch softball, and then they turned around and helped us out too with some errors in the bottom half.”

The Lady Panthers came out blazing in the first inning with five hits. Emma Walker led off with a single up the middle, and Connor Stevens smashed a no doubt, two-run shot to left field to make it 2-0.

Addie Bunch kept the line moving with her hit, and Macie Williams and Reese Griffith loaded the bases with singles of their own. A line drive off the bat of Cassidy Simmons turned into a double play, however, to end the inning.

Amory extended its lead in the top of the third. Stevens led off with her second hit, and Bunch was robbed of an extra base hit by a nice catch in center field by Caylin Ferraro. Williams picked up the two-out RBI when she reached on an error to make it 3-0.

The Lady Lions tied the game in the bottom of the fourth. Lann Hollis led off with a double in the gap and scored when they tried to get the out at home on Kaitlyn Gosa’s grounder to short. Aniston Atkins picked up her second hit, and Jordan Ray reached on an error.

Mollie Cockerham cut it to a one-run game with an RBI single, and Faith Imel tied it up with her sacrifice fly. Hamilton pushed ahead 4-3 with a run in the bottom of the fifth on Hollis’ sac fly after hits by Ferraro and Tori Harrison, her third of the game.

Then the Lady Panthers had their big inning in the top of the sixth, taking advantage of three Hamilton errors and also adding six hits.

Griffith started things off with a single past second, and Simmons also picked up a hit. Sanders reached on an error on a potential double play ball to score the first run, and Asia Ivy loaded the bases again with her infield single.

Madison Kirkpatrick singled to right to put Amory up 5-4, and then Walker cleared the bases when her hit was misplaced in right field, allowing all three runs to score. Stevens was intentionally walked, but Bunch came through with a ball that was dropped in the outfield. Williams drove in the final run and made it 10-4 on her single to right.

The bottom half of the inning was the same story only with Hamilton scoring seven runs. Gosa led off by reaching on an error, and Aniston Atkins picked up her third hit with a single up the middle. Ray reached on a pair of errors to drive in both runs and got all the way to third, where Cockerham drove her in from there.

Imel doubled to put two in scoring position, and Madison Mitchell legged out a triple to drive in both runs. Ferraro singled to center to cut it to a one-run game, and Faith Fontenot drove in the go-ahead run with a double in the gap in right center.

The Lady Panthers threatened in the bottom half when Simmons led off with a double for her third hit, but Hamilton hung on for the win with two fly balls and a groundout to second base.