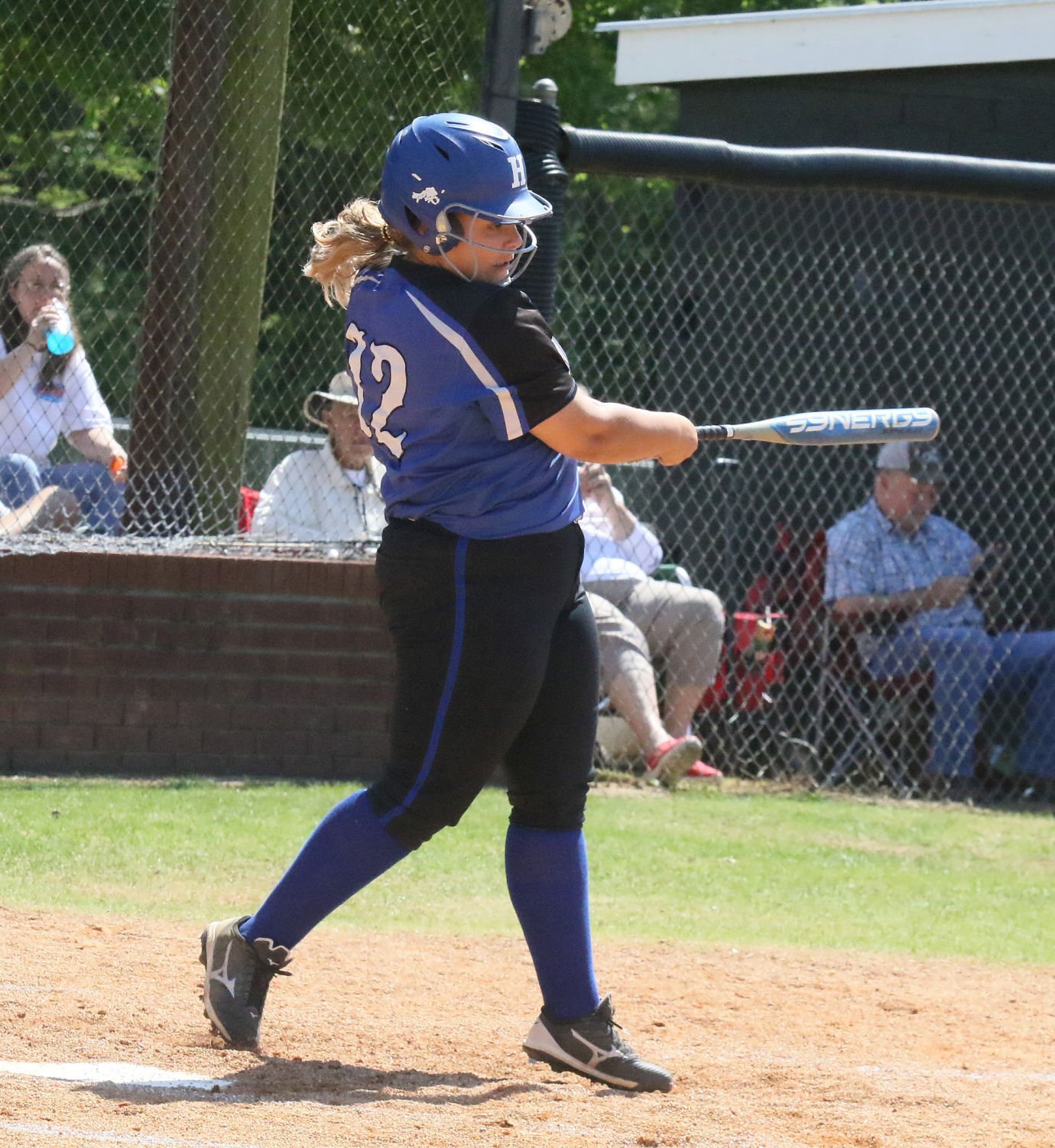 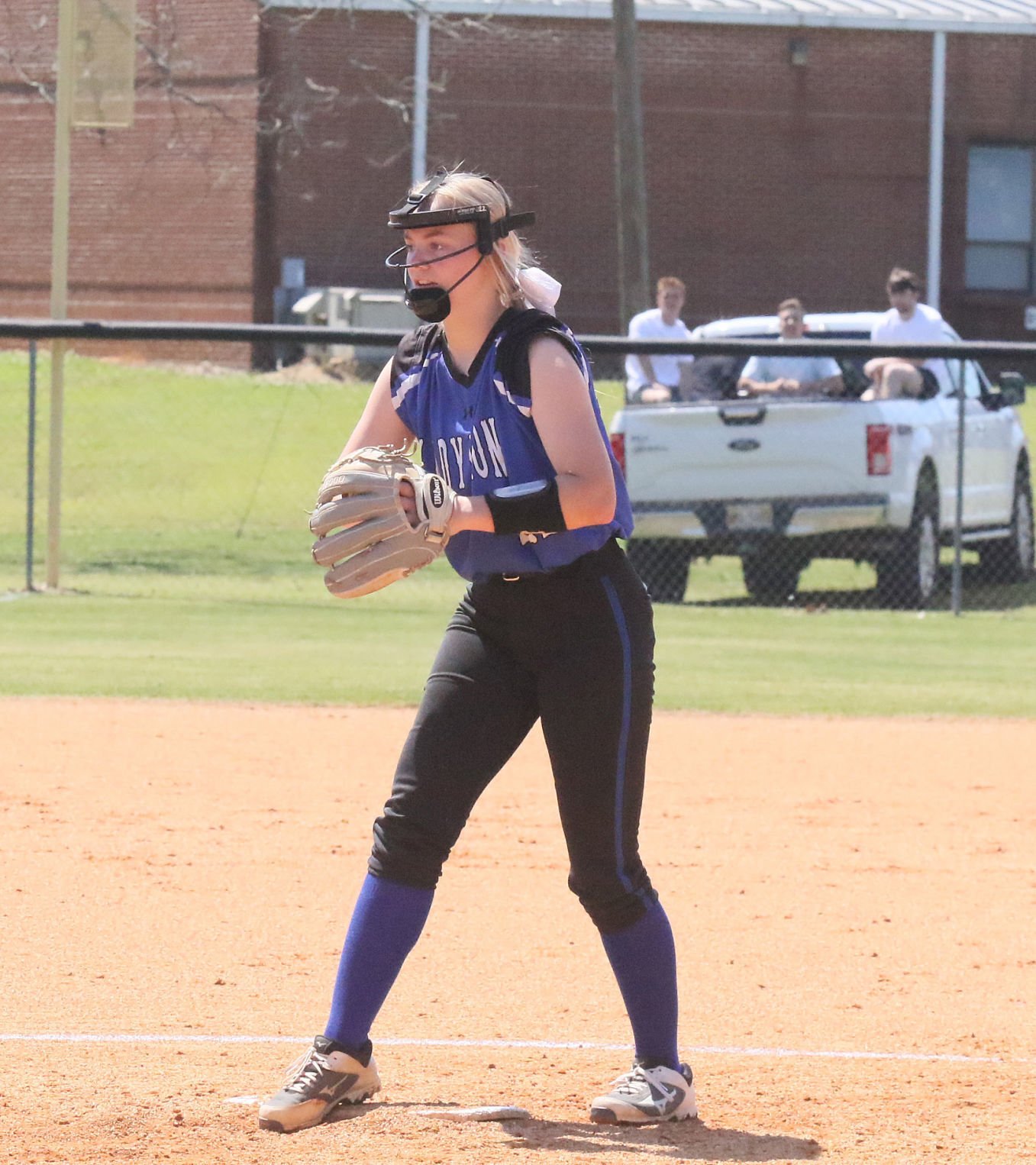 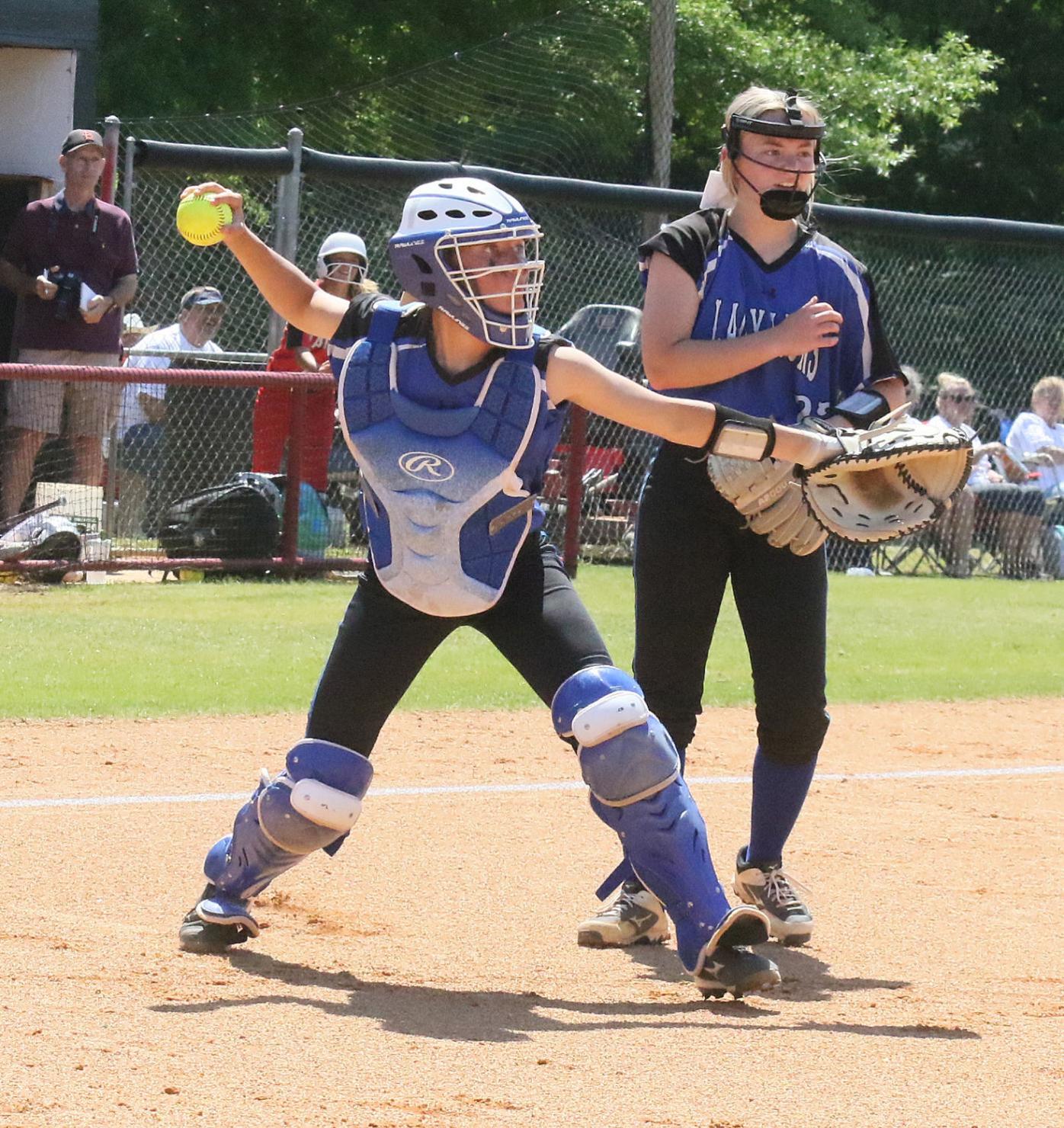 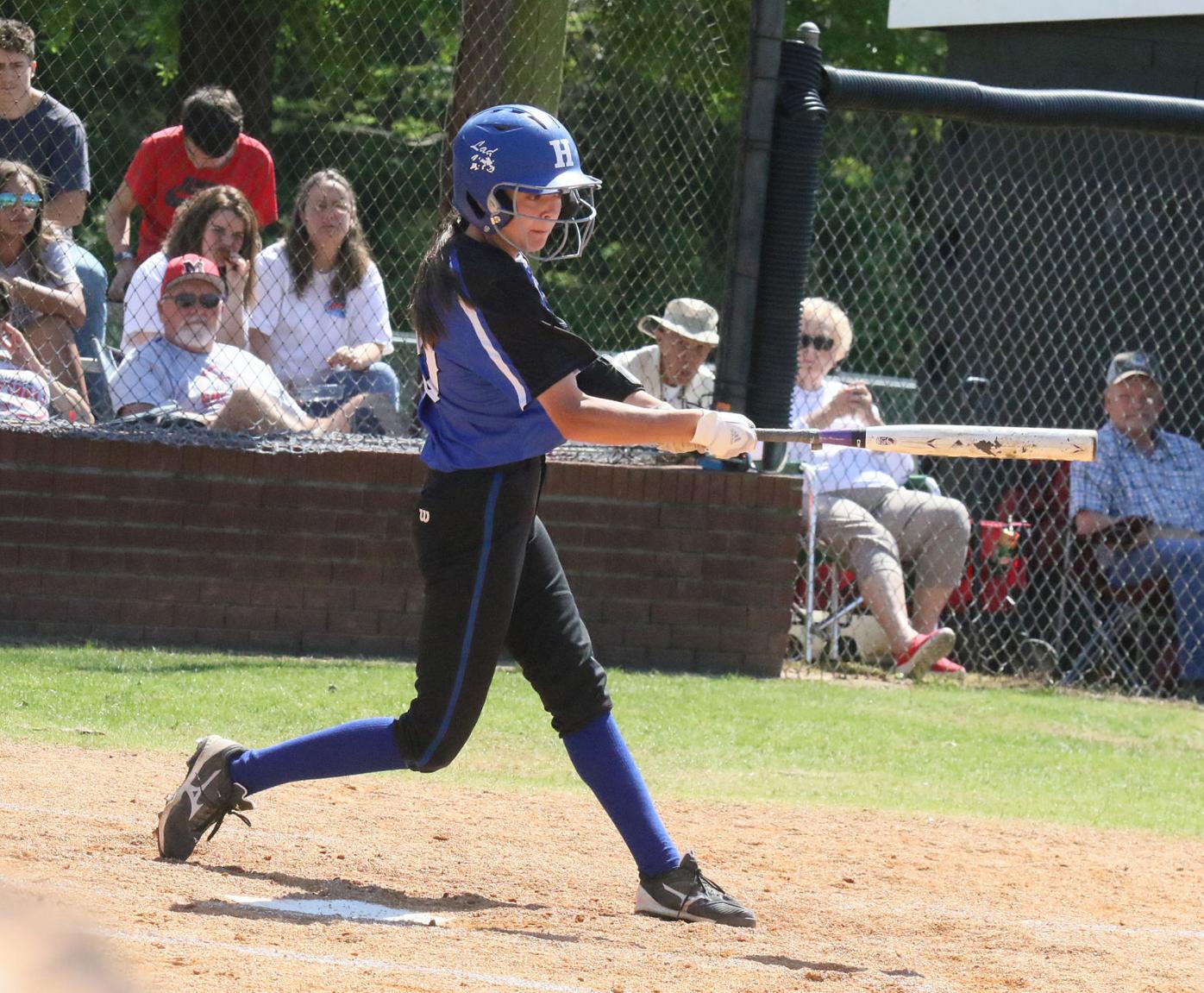 “I don’t know what she was doing, but we couldn’t touch her,” Loague said. “I don’t think she was doing anything special, we just didn’t hit it. The girls said it wasn’t moving, and the umpire said the same thing. The last three or four weeks, we have hit it pretty well, and I can’t explain why we didn’t against her.”

Hamilton worked out of a jam in the bottom of the first with a fly out to Mollie Cockerham in center field and put baserunners on in the second and third.

Madison Mitchell reached on an error with one out in the second, and Mallory Kendall and Faith Imel dumped back-to-back hits into right field in the third but Streich’s two strikeouts kept them stranded.

Myrtle capitalized and took a 1-0 lead in the third inning after back-to-back hits and an RBI groundout.

The Lady Lions went down in order until Aniston Atkins’ two-out base hit in the sixth, and the Lady Hawks extended their lead in the bottom of the fifth, scoring on an error and an RBI bunt single by Streich.

Kinsley Gordon’s three-run homer iced the win in the bottom of the sixth.

“We were 3-0 going to the last inning both games, and we made some errors that gave them four on Friday,” Loague said. “If I thought we could put three on the board, we probably don’t pitch to Gordon there that last time.”

In Game 1 at Hamilton on Friday, Afton Irvin and the Lady Lions held Myrtle scoreless until one run in the fourth after a pair of hits and an error.

Two walks and a hit led to Olivia Decanter’s double to plate two in the fifth.

The Lady Lions had a couple of errors to allow Myrtle to score three more in the top of the seventh.

Hamilton had seven base runners with four hits, a pair of walks and a hit by pitch.

Imel led off the bottom of the first with a walk, and Melba Jones had one in the second.

Mallory Kendall and Madison Evans had hits in the third, but a pop up and a strikeout ended that threat.

Hamilton’s other two hits came in the fourth with one out from Mollie Cockerham and Jones, but Streich worked out of it with a pair of strikeouts.

Hamilton loses just three seniors and will return a good portion of their starting lineup next season.

“We lose great leadership out of those three, and I hope some of our younger ones have watched and learned the work ethic from this group because they show up and every day and work hard,” Loague said. “Our juniors and sophomores have made great strides this year, and we have a couple of freshmen in Afton (Irvin) and Abigail (Gill) who neither one were playing at the beginning of the year and both stepped up and have been really big the last few weeks for us. We’ll come back strong next year and get after it.”

M-Pulse Fiber running ahead of schedule for broadband availability

Hazzle inducted into his first coaching hall of fame

Right at home: Nettleton’s Sullivan bringing in her championship experience