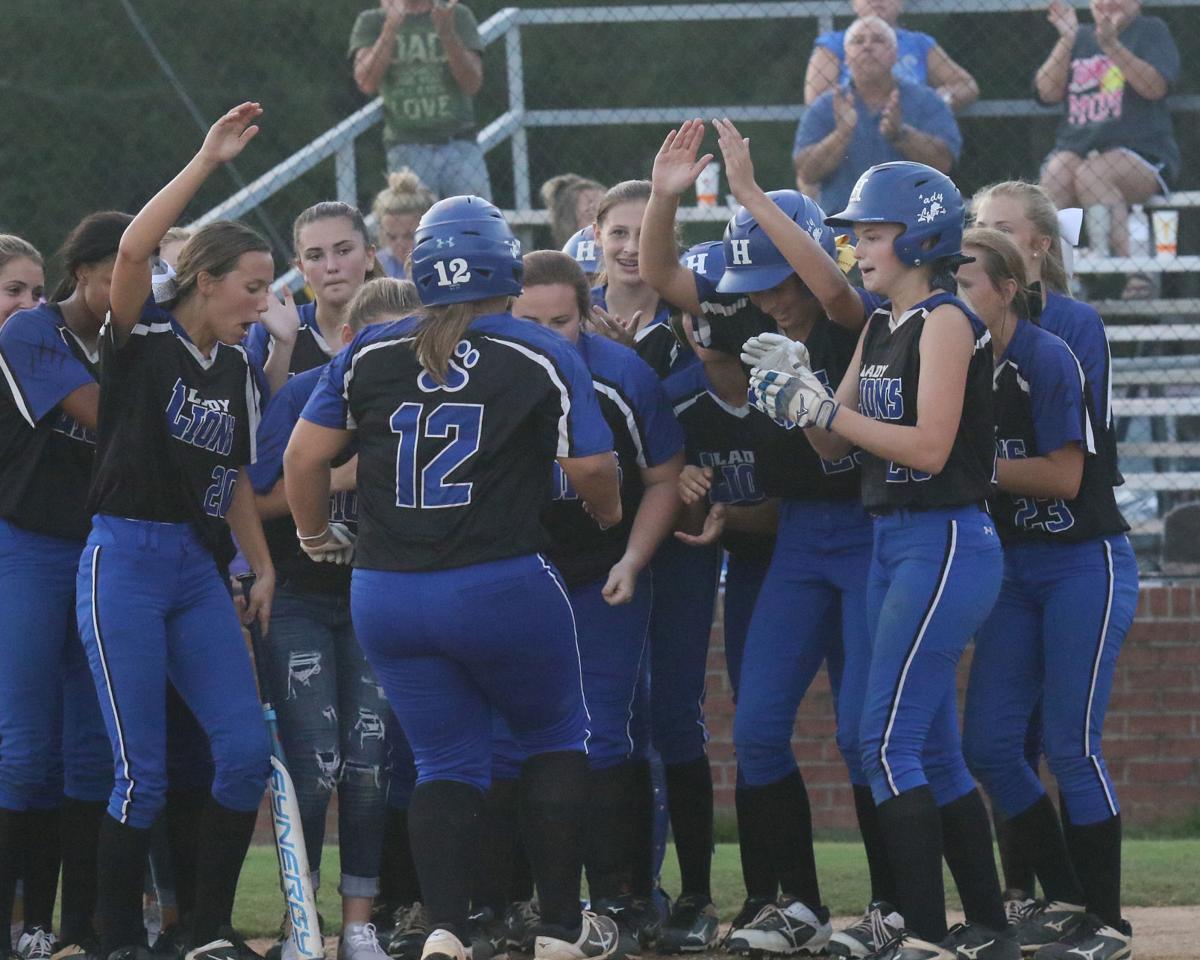 Hamilton’s Aniston Atkins is greeted at home plate by her teammates after her three-run homer against Smithville on Thursday night. 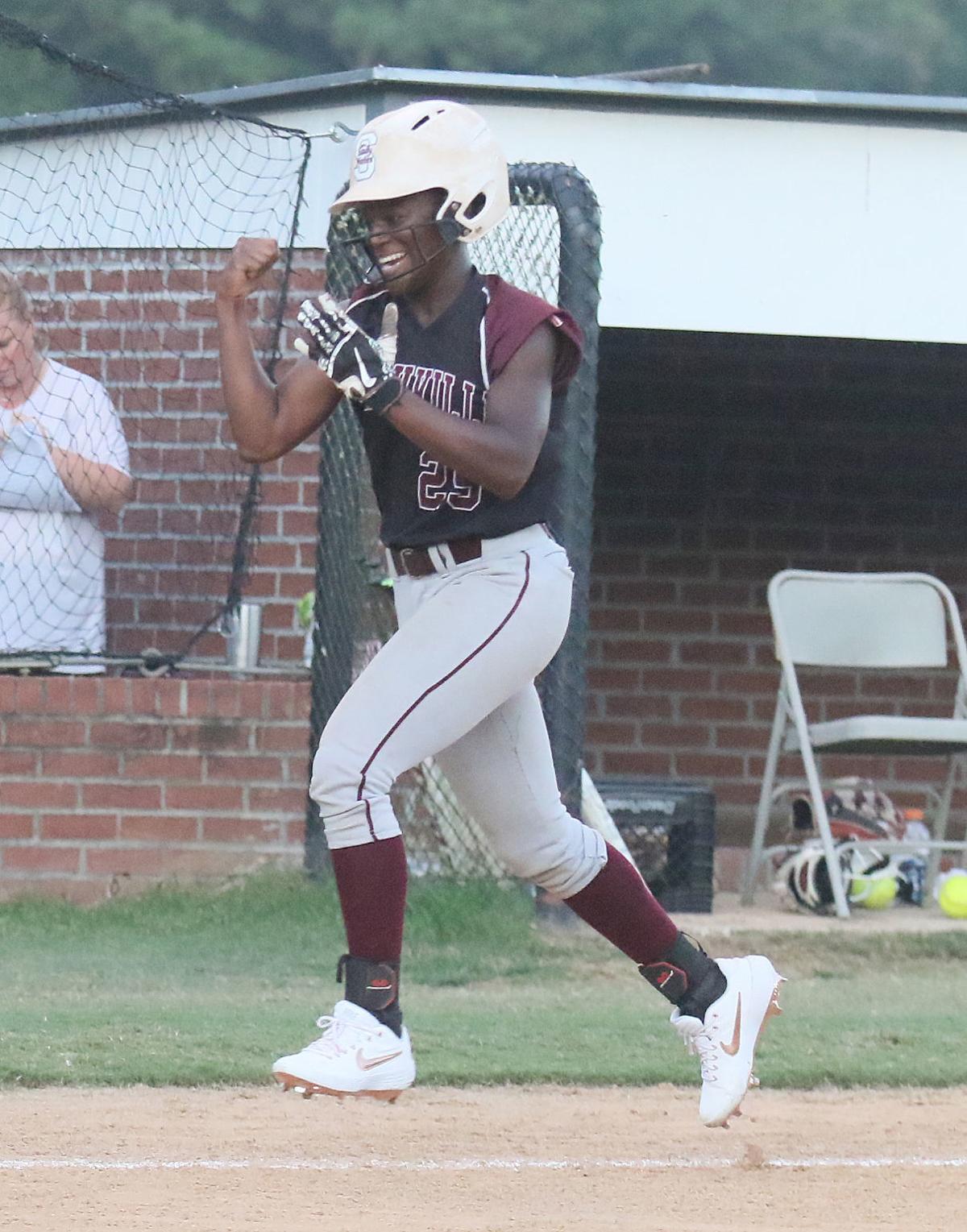 Smithville’s Orlandria Smith celebrates as she heads to home plate on her solo homer against Hamilton. 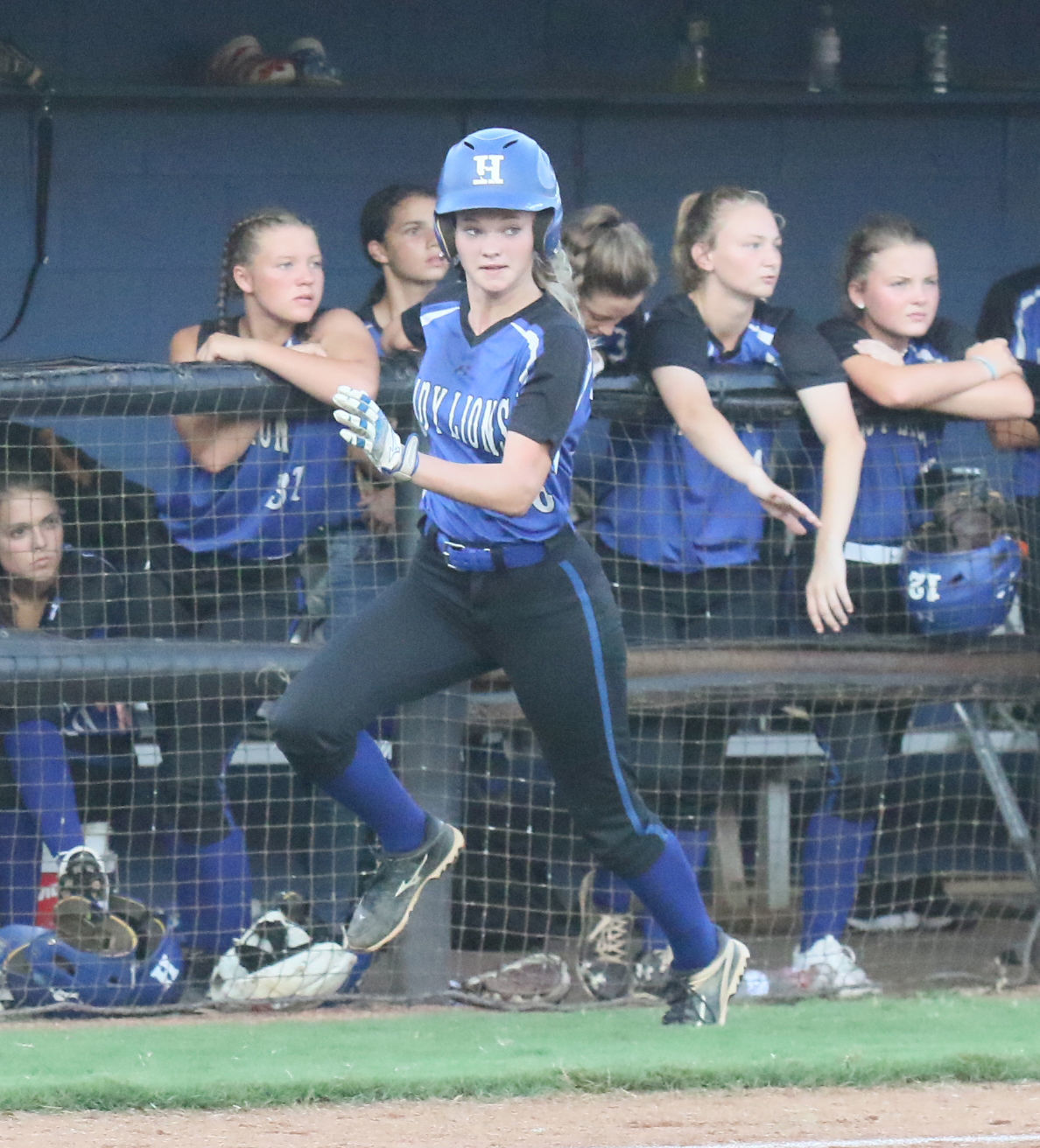 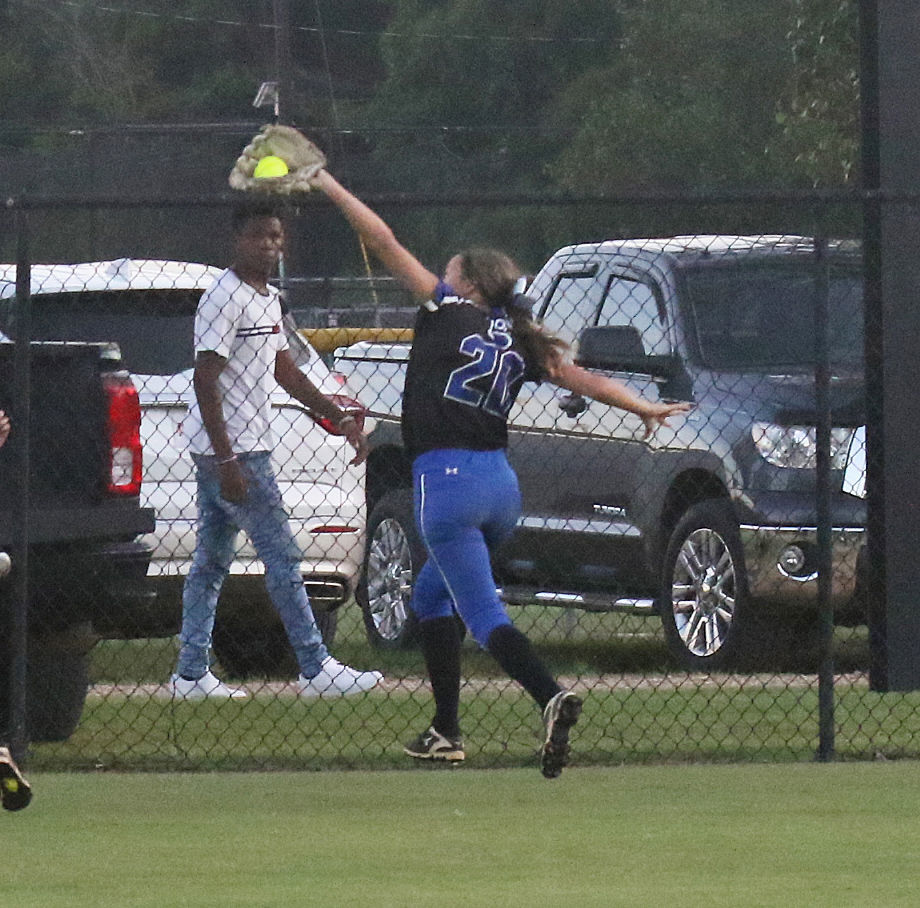 Hamilton outfielder Caylin Ferraro makes a catch near the fence against Smithville. 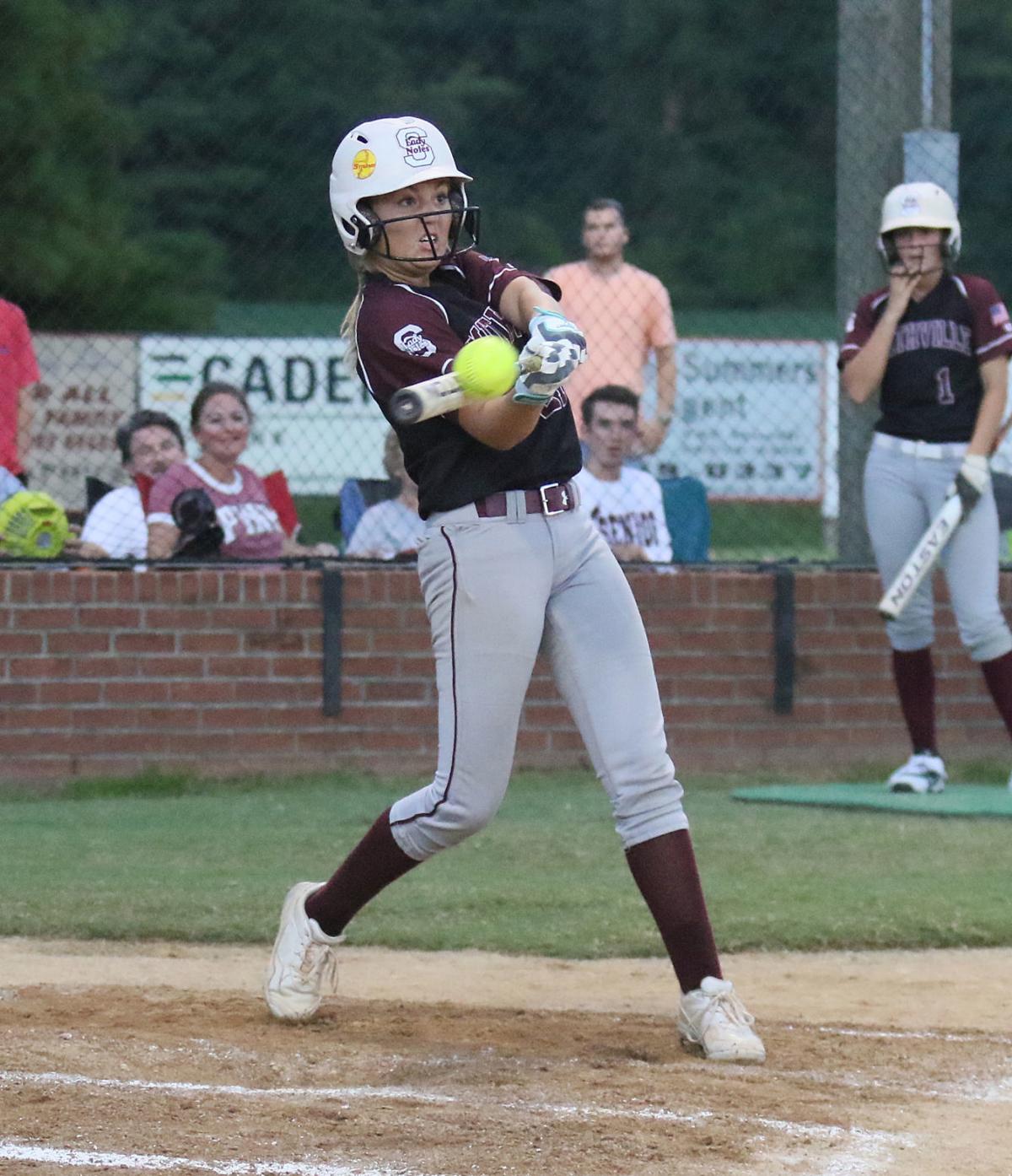 Smithville's Tristin Price had a pair of hits against Hamilton.

Hamilton’s Aniston Atkins is greeted at home plate by her teammates after her three-run homer against Smithville on Thursday night.

Smithville’s Orlandria Smith celebrates as she heads to home plate on her solo homer against Hamilton.

Hamilton outfielder Caylin Ferraro makes a catch near the fence against Smithville.

Smithville's Tristin Price had a pair of hits against Hamilton.

HAMILTON – The Hamilton Lady Lions continued their strong start to the season last week, improving to 4-0 with a 6-2 win over county rival Smithville on Thursday after grabbing a 5-1 victory on the road at Tupelo last Tuesday night.

The Lady Lions came out strong in the first inning and put up all the offense they would need, taking a 6-0 lead on Thursday night.

“We had seven hits the first inning, and then three the rest of the way,” Hamilton coach Bryan Loague said. “That’s the way we’ve been so far with one or two big innings. If we start the inning well, we usually roll with it, and if not, we usually don’t. We’re not all clicking at the same time, and we have to be better than that and be consistent. A lot of that is pitch collection.”

Caylin Ferraro and Tori Harrison led off with back-to-back hits, and Faith Fontenot drove both in with her single and then advancing on an error in the outfield.

Madison Evans followed her up with a hit, and Lann Hollis picked up an RBI with a sacrifice fly. Kaitlyn Gosa put two in scoring position with her double to left.

Aniston Atkins had the big hit of the game with her three-run homer that ended up driving in the winning runs.

“She had a monster home to end that inning there, and she was the last one to score,” Loague said.

Jordan Ray singled after that, but a pair of groundouts ended the inning.

The Lady Lions had just three hits after that in the game – a single by Fontenot in the second, a hit by Ray in the fourth and a double from Harrison in the fifth.

The Lady Noles had baserunners on in both of the first two innings after hits by Tara Parahm, Tristin Price and Lindsey Cox but didn’t get on the scoreboard until the top of the third when Orlandria Smith blasted a solo homer to lead off the inning.

Smithville stranded doubles from Annie Brooke Morgan and Price in the fourth and seventh innings, but added the final run of the night in the sixth after a pair of Hamilton errors and a single from Harley Hatley.

The Lady Lions found their groove in the middle of the game against Tupelo last Tuesday night, scoring all their runs in the third, fourth and fifth innings.

“Their second baseman made a few plays that she didn’t look like she would make, and their outfielders made a couple of really nice plays on us,” Loague said. “We hit some balls that most people are not going to catch, but we still have to get better and hit it better in right situations. It’s early, and we’ll take a W.”

Hamilton put up a 3-0 lead in the top of the third inning. Jordan Ray led off with an infield hit, and Madison Mitchell drew a walk behind her. Faith Imel and Mollie Cockerham reached on back-to-back Tupelo errors to bring in the first two runs, then Caylin Ferraro drove in the third one with a sacrifice fly.

In the fourth, Madison Evans and Kaitlyn Gosa opened the inning with back-to-back hits, and Ray drove in a run with a fielder’s choice.

The final run came home in the top of the fifth. Ferraro singled to left center to open the inning, then Tori Harrison followed her up with a double. Faith Fontenot was intentionally walked, and Lann Hollis came through with an RBI single.