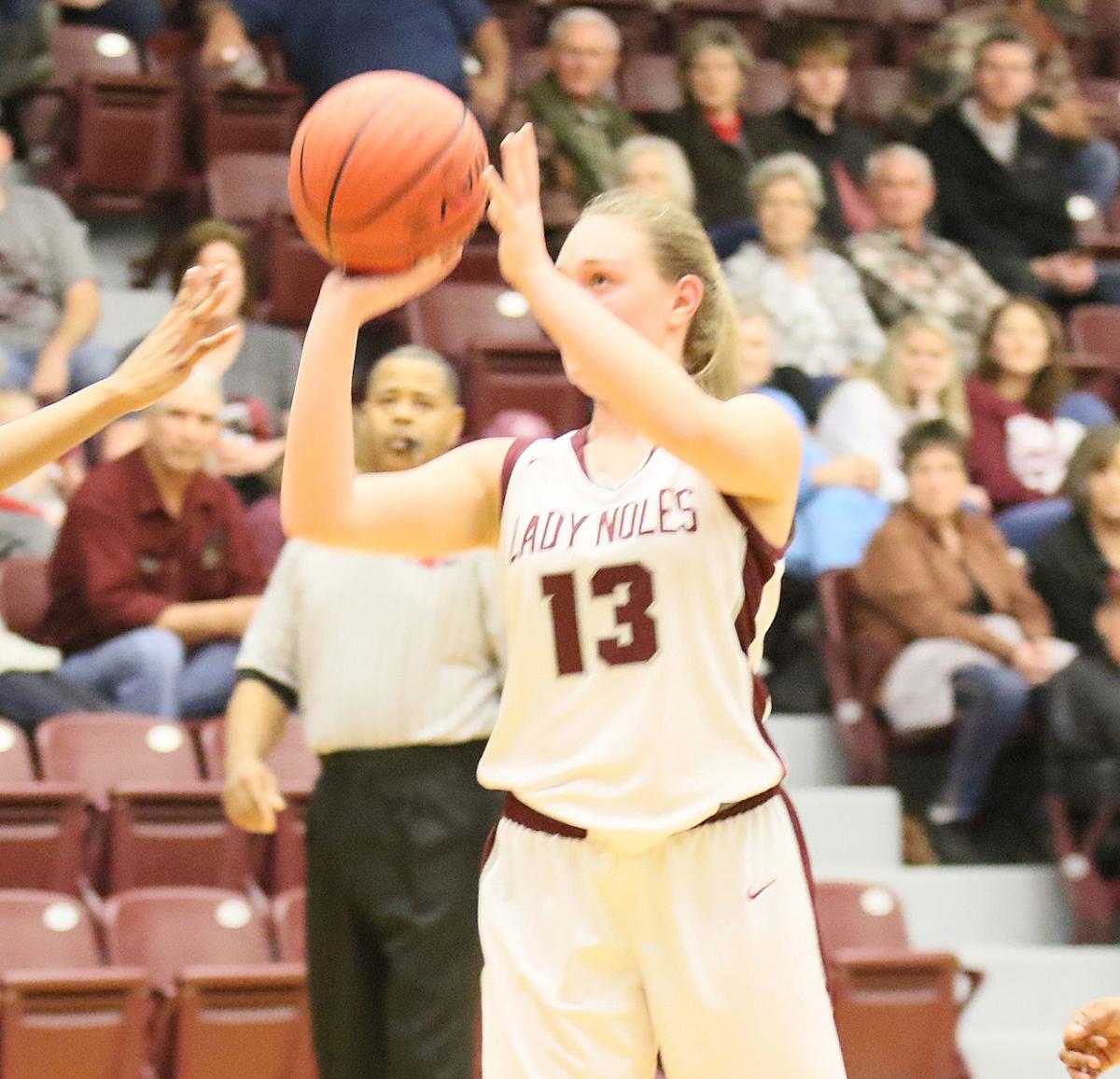 Smithville's Carli Cole notched a career-high 19 points in the win over Caledonia at the Seminole Shootout on Saturday. 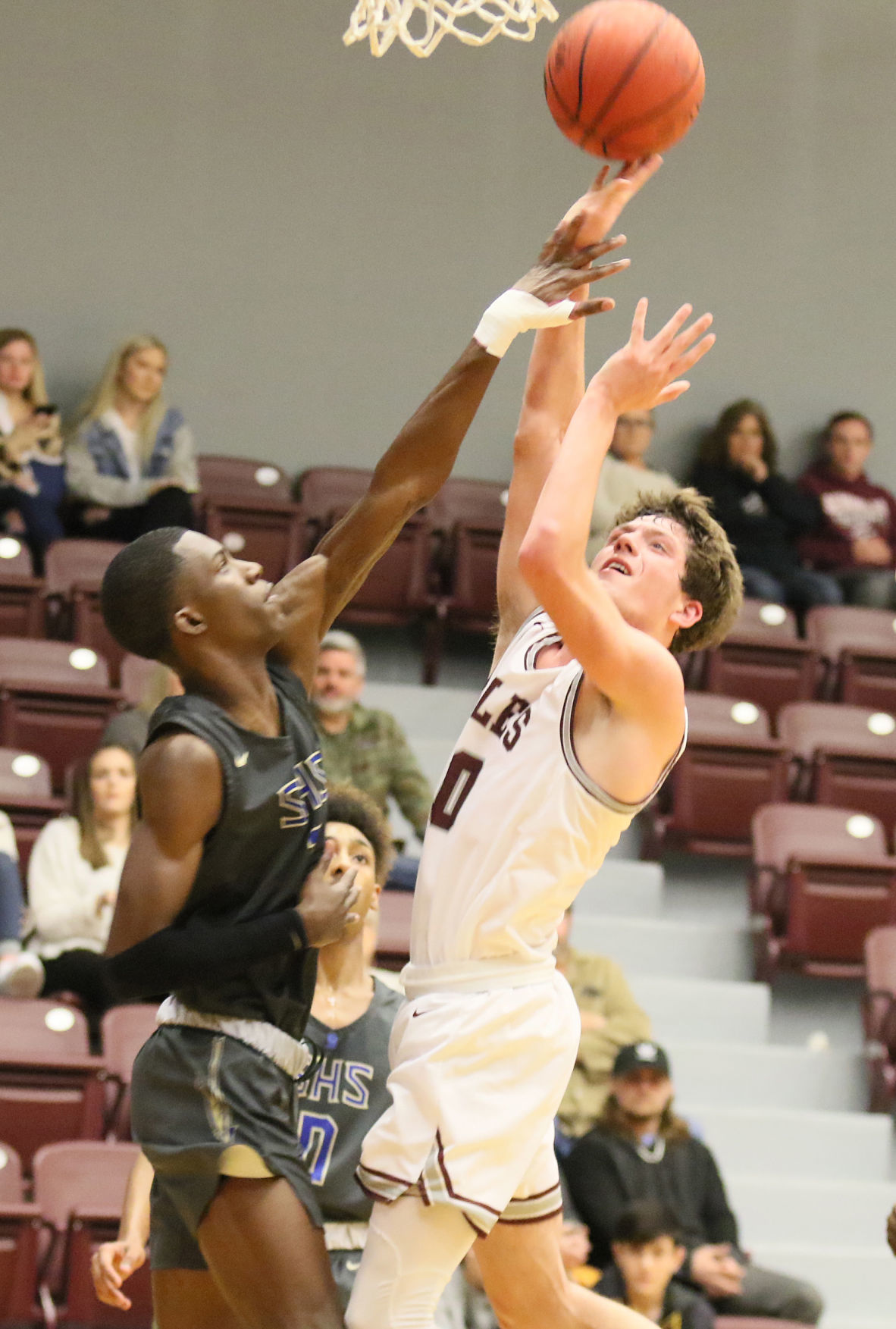 Smithville’s Blake Williams led the Noles with 12 points in the loss to Senatobia on Saturday. 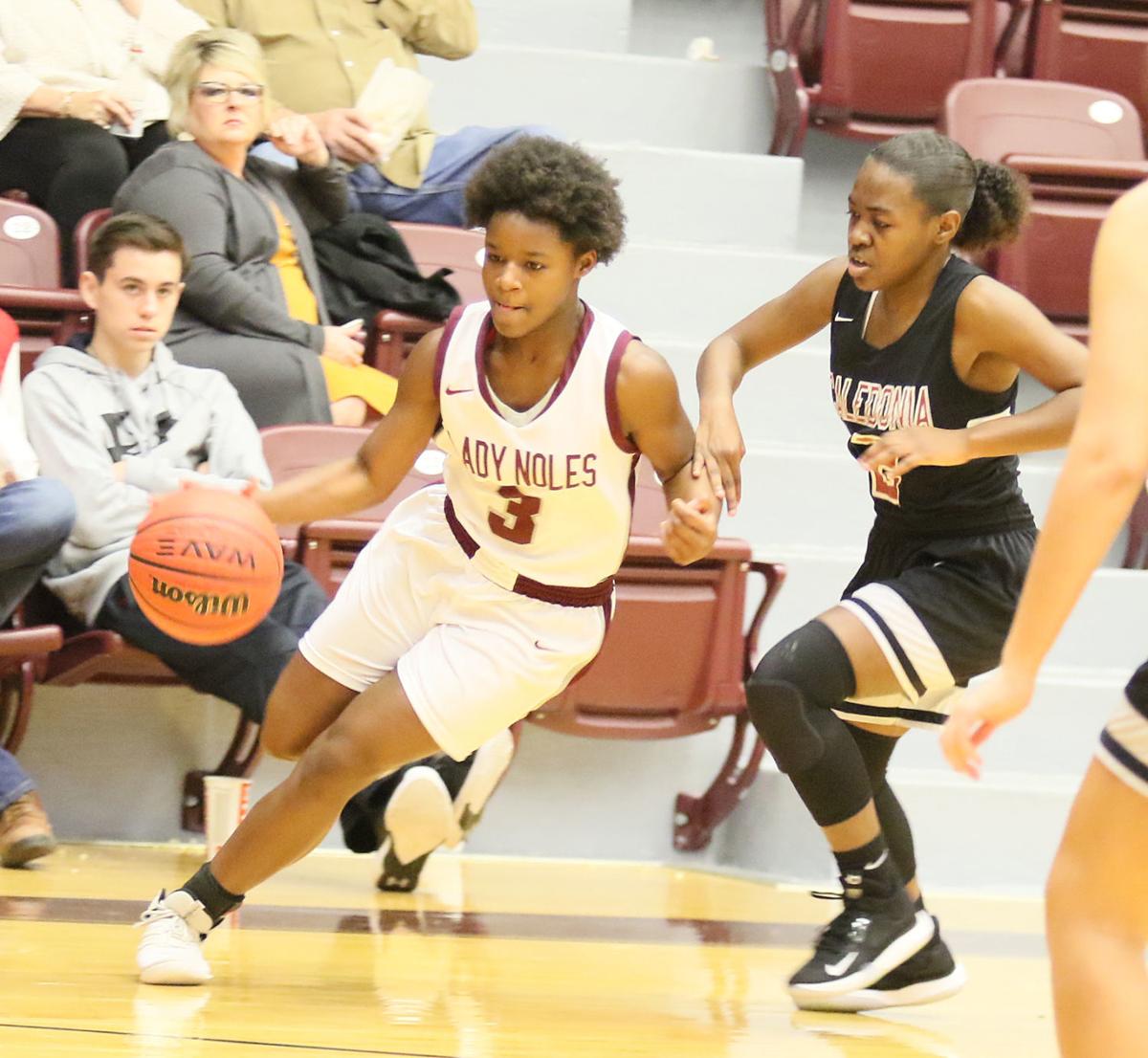 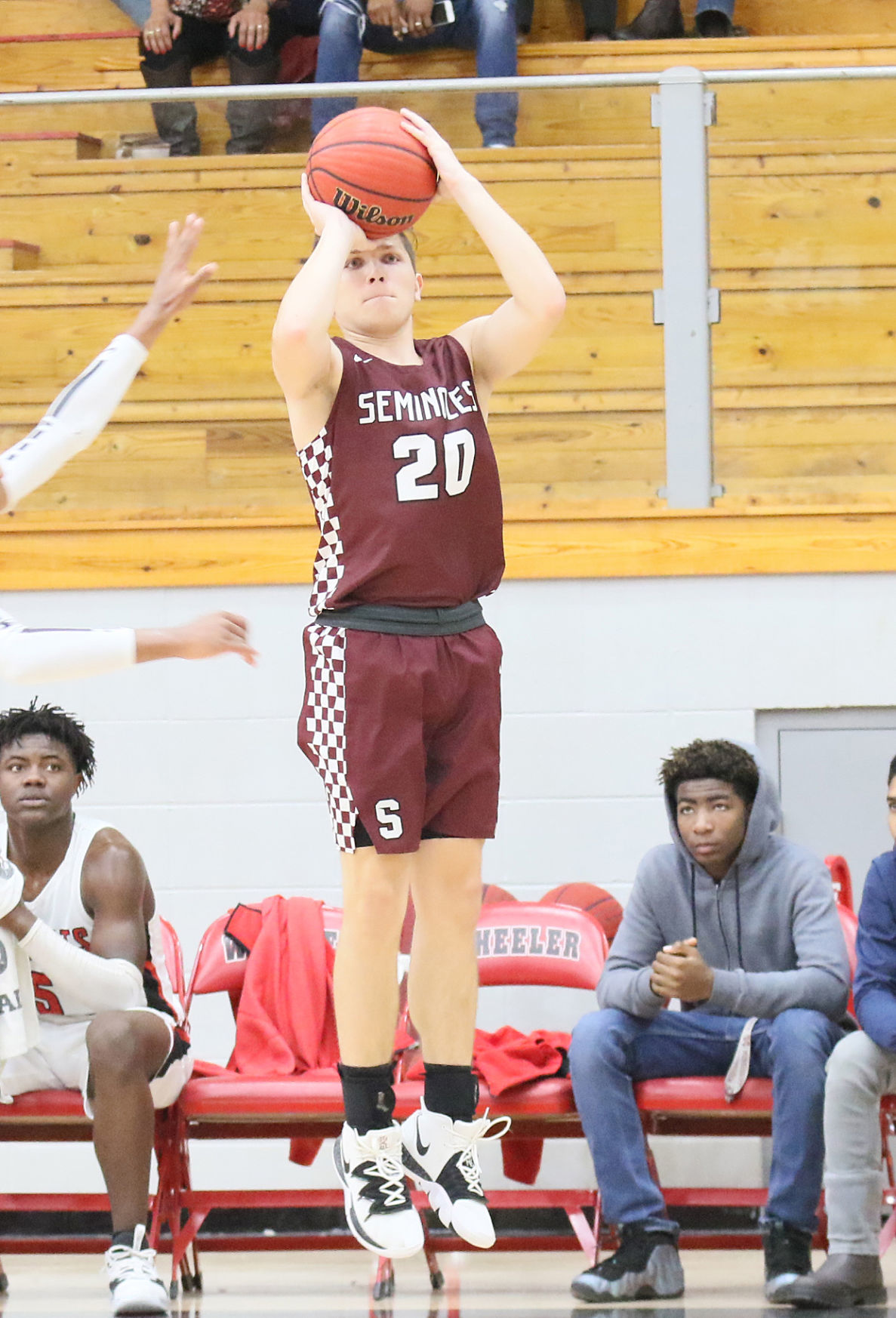 Smithville’s Brian Coxey was the leading scorer in both games at the Wheeler Tournament.

Smithville's Carli Cole notched a career-high 19 points in the win over Caledonia at the Seminole Shootout on Saturday.

Smithville’s Blake Williams led the Noles with 12 points in the loss to Senatobia on Saturday.

Smithville’s Brian Coxey was the leading scorer in both games at the Wheeler Tournament.

SMITHVILLE – Smithville coach Brian McCollum wondered if his team would struggle after not playing a game for two weeks.

McCollum didn’t have any reason for concern as the Lady Noles breezed through a 49-22 win over Caledonia at the Seminole Shootout on Saturday.

“I was worried about us being sluggish, but we came out well from the opening tip and played a good four quarters,” McCollum said. “I don’t think you can ask for anything more than that. We’ve been looking to take that next step, and I feel like tonight, that’s what we want to look like as a team.”

Smithville put up a 12-4 lead in the first quarter, thanks to a pair of Chloe Summerford threes and four more points by Orlandria Smith. Carli Cole also put in a layup in the first.

Smithville added another 12 points in the third, while holding Caledonia to single digits once again at just seven points as the Lady Noles rolled out to a 39-18 lead going into the final quarter.

Cole had seven of their 12 points in the third with three baskets and a free throw, while Smith chipped in another three points and Emma Long got in on the scoring.

In the fourth, Cole iced the win going 3 for 4 at the free throw line and scoring another five points. Smith had a basket and a free throw, and Tristin Price scored on a jumper.

Cole led all scorers with a career-high 19 points, and Smith was right behind her with 18 points.

“I thought Carli really stepped up,” McCollum said. “It was a good double-double for her with 19 points and 10 rebounds, and Orlandria had 18 points. If both of them are scoring well and the way we played defense, I think good things are going to happen for us.”

McCollum also praised the effort of his defense.

“We have really worked on defense over the break in practice,” he said. “I felt like tonight every single basket for them was earned, and it was a very good defensive effort.”

Going into the break with a 14-0 record, Smithville took its first two losses of the season, 58-50 at the Wheeler Tournament against Independence last Friday and 53-34 to Senatobia at the Seminole Shootout on Saturday.

“I think we didn’t bring it,” Smithville coach Nick Coln said after taking the first loss to Independence. “It wasn’t our normal start, and we couldn’t press because, of course, they were very athletic. We didn’t rebound the ball the entire game or block out, and we didn’t play very good defense or shoot it well. A lot of that was because of their defensive pressure, and when we were patient, we got what we wanted on offense.”

Against Independence, Smithville led 34-33 at the half, courtesy of eight points from Blake Williams and seven from Khirei Standifer. They went back and forth in the third quarter with the Wildcats, with Williams and Standifer carrying the scoring load again, before Independence took a 43-41 lead into the fourth.

After getting down by 10, Brian Coxey hit a pair of big threes to get the Noles back in the game, but the Wildcats sealed the win with a late putback.

Smithville rebounded from its first loss with a 65-39 victory over Nettleton. The Noles held the Tigers to just six points in the first and seven in the fourth. Coxey was the leading scorer with 16 points, hitting four three-pointers, and Standifer and Mason Blair each added 11 points, while Williams had 10.

In Saturday’s loss to Senatobia, Smithville led by nine at 23-14 at the half against the Warriors but were held to just 20 points in the second half, including not scoring in the third until a pair of Chandler Woodham free throws with 2:17 left in the period.

Williams was the leading scorer in the loss with 12 points.