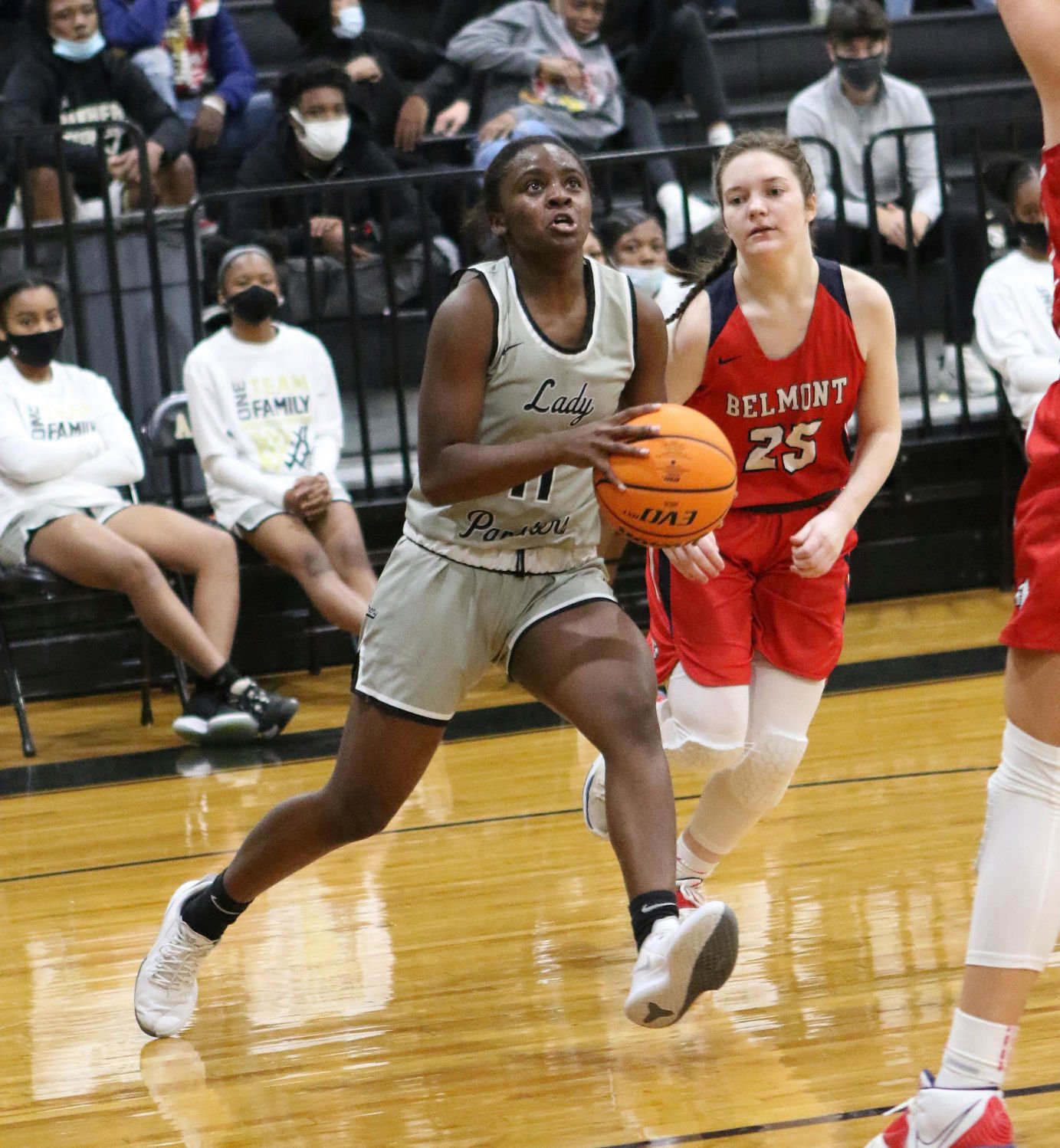 Amory’s Jatavia Smith finished with a game-high 18 points in the Lady Panthers’ loss to Belmont on Friday night. 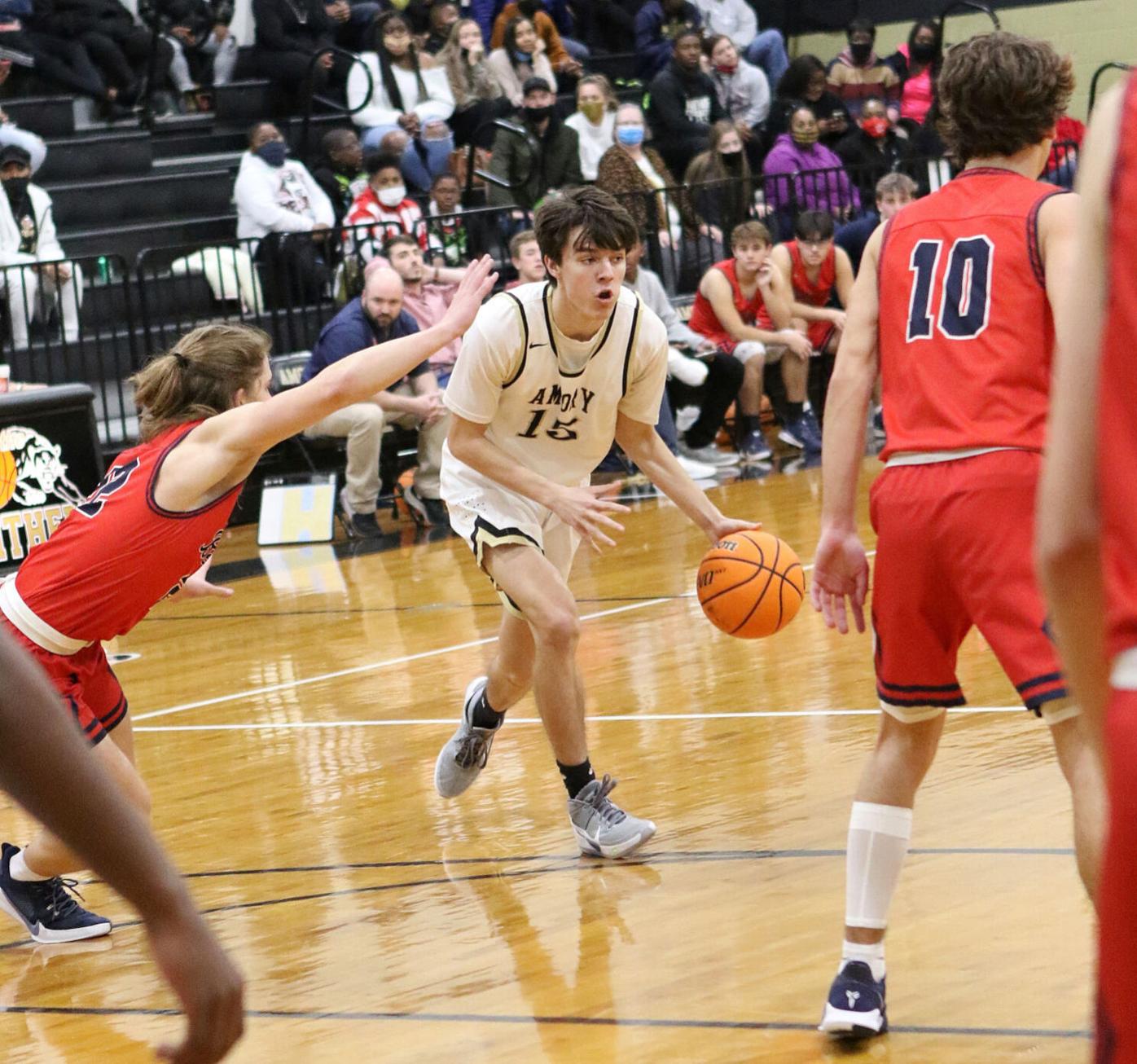 Amory’s Drew Keeton drives to the basket in the third quarter against Belmont. Keeton finished with 15 points. 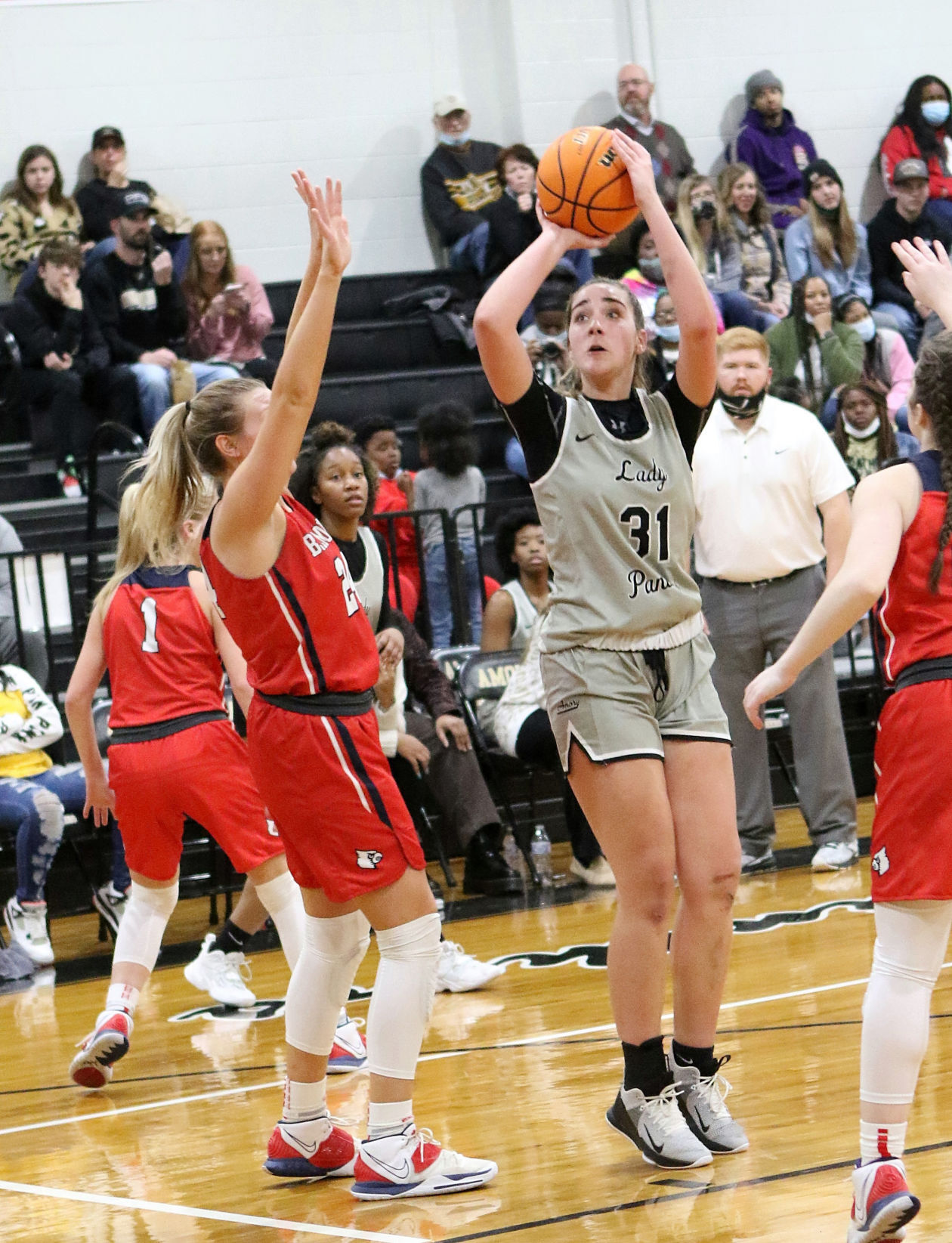 Amory's Jillian Cox was in double figures with 12 points. 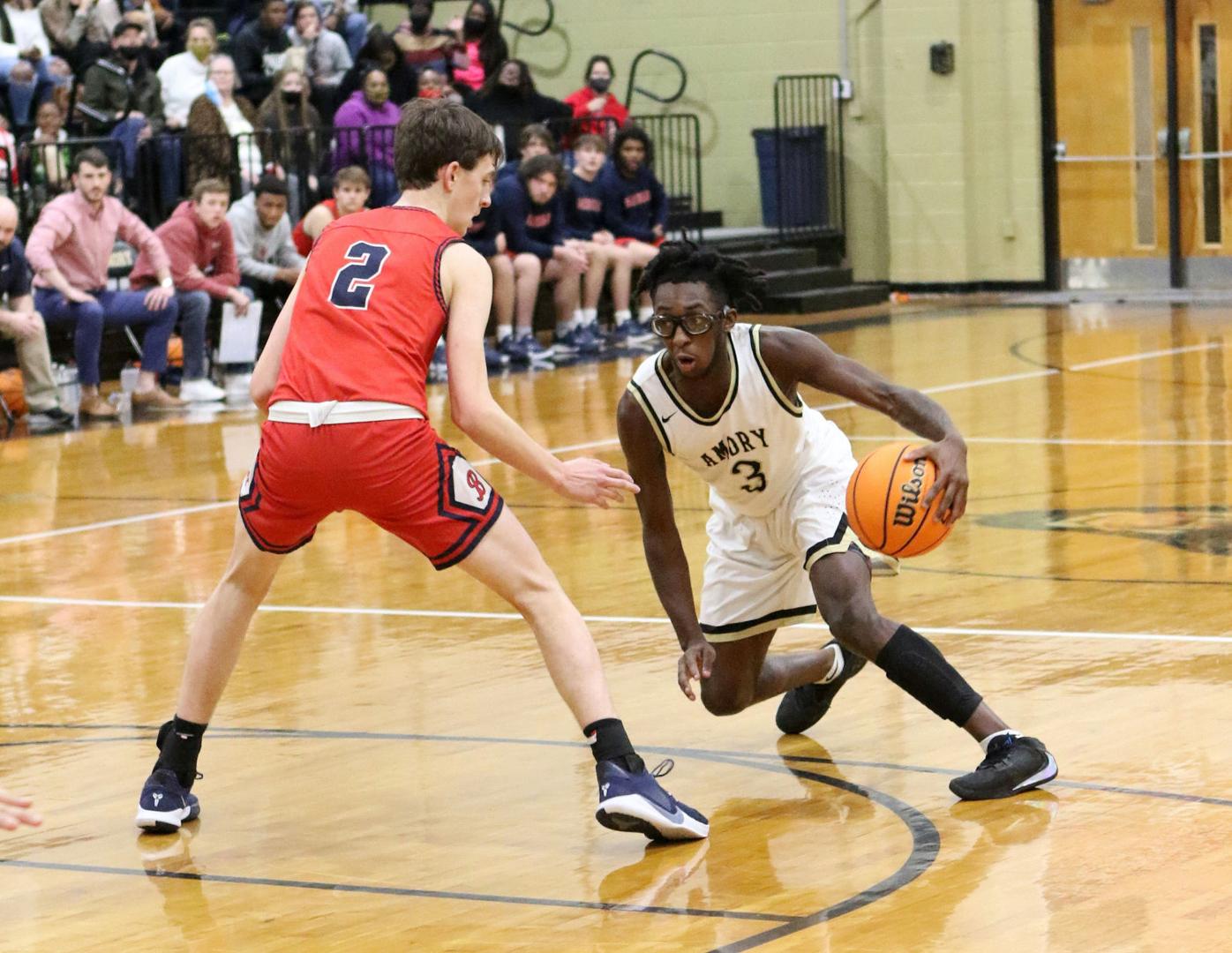 Amory's Jamerison Martin paced the Panthers with 18 points against Belmont.

Amory’s Jatavia Smith finished with a game-high 18 points in the Lady Panthers’ loss to Belmont on Friday night.

Amory’s Drew Keeton drives to the basket in the third quarter against Belmont. Keeton finished with 15 points.

Amory's Jillian Cox was in double figures with 12 points.

Amory's Jamerison Martin paced the Panthers with 18 points against Belmont.

AMORY – The Amory Lady Panthers were trounced by Belmont in their first meeting this season but it was a different story on Friday night. Strong nights from Jatavia Smith and Jillian Cox gave them hope, but the upset wasn’t to be as the Lady Panthers lost a 45-42 heartbreaker.

“I told my girls just fight hard to the end and make it tough on them,” Amory coach Nathan Newell said. I felt like we did a good job and that’s what helped us stay in the game.”

The Lady Cardinals opened the game with a three, but the Lady Panthers got a chance nearly two minutes in when Jillian Cox made one of two at the line. The Belmont lead grew again, but Jatavia Smith scored after saving a loose ball to cut the lead to 5-3.

The Lady Cardinals hit the gas, taking the lead out to seven before Cox was fouled. Her second made free throw stopped the run but the visitors’ late first quarter bucket made it a 12-4 lead.

The Lady Panthers began the second quarter with a spark as back-to-back baskets from Cox and Amaya Trimble cut the lead in half. Cox and Laney Howell scored at the line to begin a small run. Howell scored after a counter, and Smith kept the mojo going, driving down the court and tying the game at 15. Belmont killed that momentum, going on an 8-2 run to make it a 23-17 halftime deficit.

Cox scored off her own rebound to begin the second half, and Emma Kate Wright’s three cut a six-point lead in half. The Lady Panthers pounced on the momentum and went on a run of their own.

Cox’s basket cut the lead to one, and Smith gave the Lady Panthers their first lead on a steal and score. The Lady Cardinals retook the lead with a three, but Cox snatched it back with another basket.

Amiya Robinson got her first points after getting fouled on the rebound, and Smith stretched the lead to 32-28, but the two teams went cold to end the third quarter.

The Lady Cardinals turned a two-point deficit into a five-point lead before Cox stopped the run with a free throw to cut the lead to 35-33.

The two teams went on a scoring frenzy with Smith and Cox’s baskets being answered after each possession. The Lady Cardinal lead stretched back to five, but a three by Smith would it back to two with three minutes remaining. Belmont scored after a timeout and a foul, but Cox passed to Smith, who scored to cut the lead to 43-42 with a minute left.

That gave the Lady Panthers a late boost. A slow set was stopped by Smith’s steal as she drove down the court but a timeout was called with 15.9 seconds left. Trimble inbounded to Smith, but she was fouled. That reset things but a miscue created a turnover. After a quick foul, Smith threw up a heave at the buzzer, but it fell short to allow Belmont to escape with win.

Smith led the Lady Panthers in scoring with 19 points as Cox added 12 points in the losing effort.

The Panther boys shook off a slow start and a third-quarter deficit to cruise to victory.

The Cardinals scored first, but Malik White put the Panthers on the board after being fouled and sparked a 5-0 run before a three tied the game. Drew Keeton answere with a score down the baseline, and Jamerison Martin added his first points of the evening. The Cardinals would come back in a big way, going on a late run to retake the lead at the end of the first quarter.

Keeton got the second quarter going after a dry spell, sparking an 8-0 run for the Panthers with Gray Thornton’s basket off a Martin feed and Martin’s missed dunk off the steal being highlights. A late Belmont run saw the lead cut to 23-18 at the half.

The Cardinals built on that momentum to begin the second half, going on an 8-0 run before Keeton scored the first Amory points nearly halfway through the third quarter.

The Cardinals answered right back, but Martin showed his skills when his team needed them, faking out a defender and driving to the rim to tie the game at 27. That began a six-point run by the senior and his putback of a miss gave the Panthers a lead they wouldn’t surrender.

“Jamerison is our most dynamic player,” Amory coach Brian Pearosn said. “I thought he stepped up in the third quarter when we needed him.”

Thornton and Charleston Wallace also scored to put the Panthers up by five.

Keeton began the fourth quarter with a five-point outburst and with help from a Thornton three and a White basket stretched the lead to 56-37. Amare Brown added to the total with a four-point run of his own, and Jordan Neese would cap off the night with three late steals and two baskets.

Martin led the scoring with 19 points while Keeton added 15 in the win.

The concept of helping your fellow man will never die