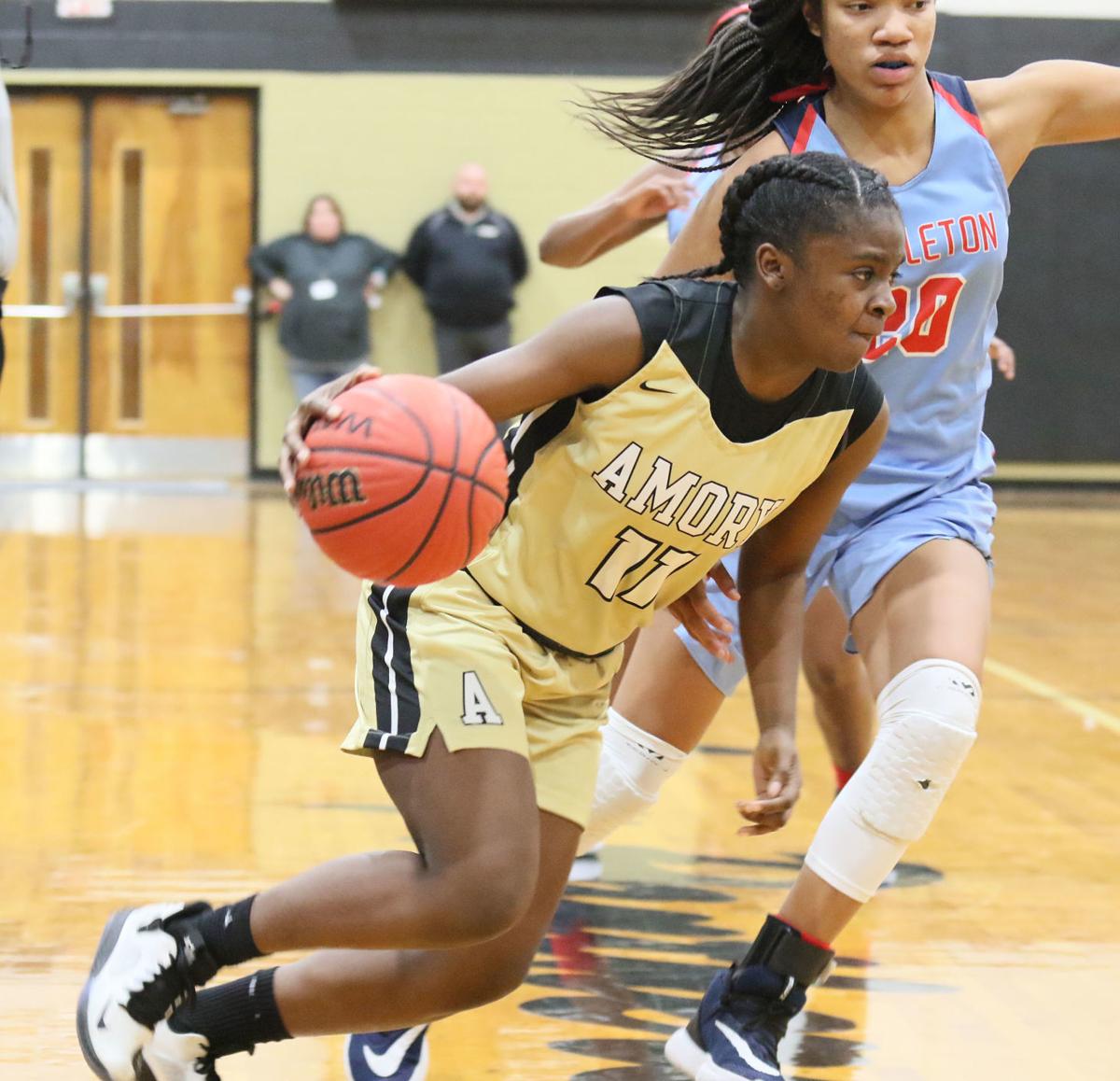 Amory’s Jatavia Smith drives to the basket in the third quarter in the Lady Panthers’ division win over Nettleton. 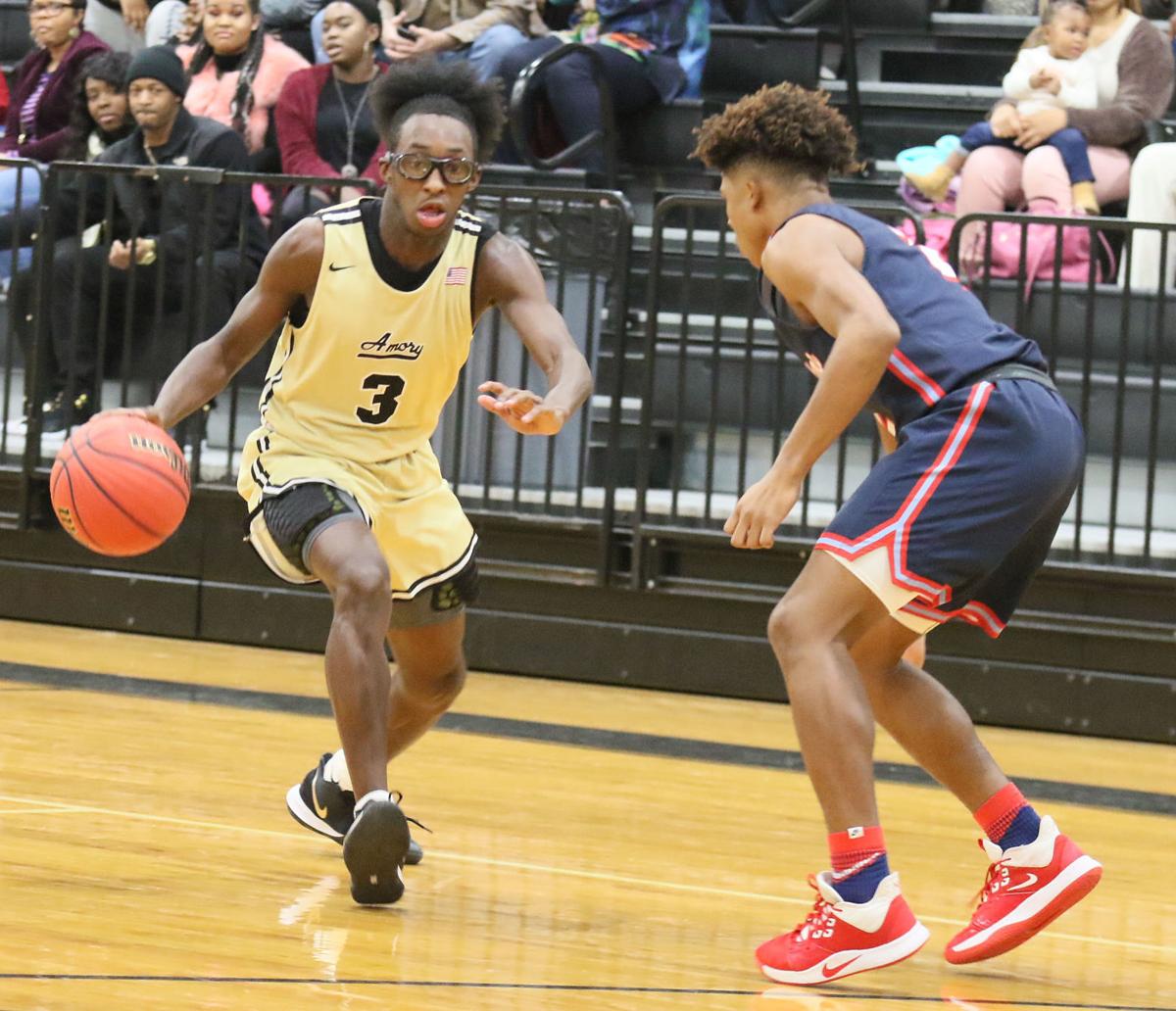 Amory’s Jamerison Martin poured in a game-high 27 points against Nettleton. 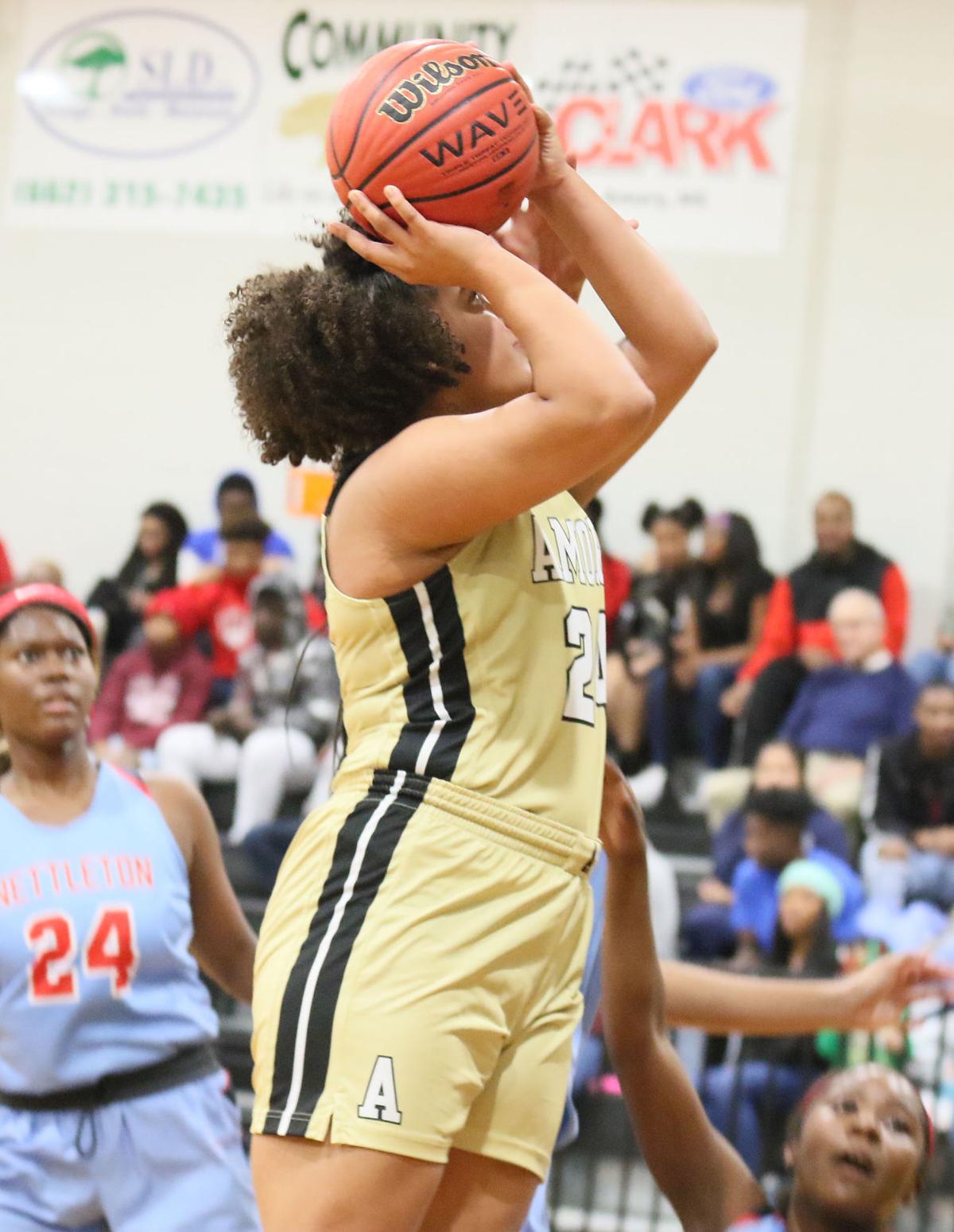 Amory’s Jhalia Small puts in a layup against Nettleton. Small tied as the Lady Panthers’ leading scorer with 12 points. 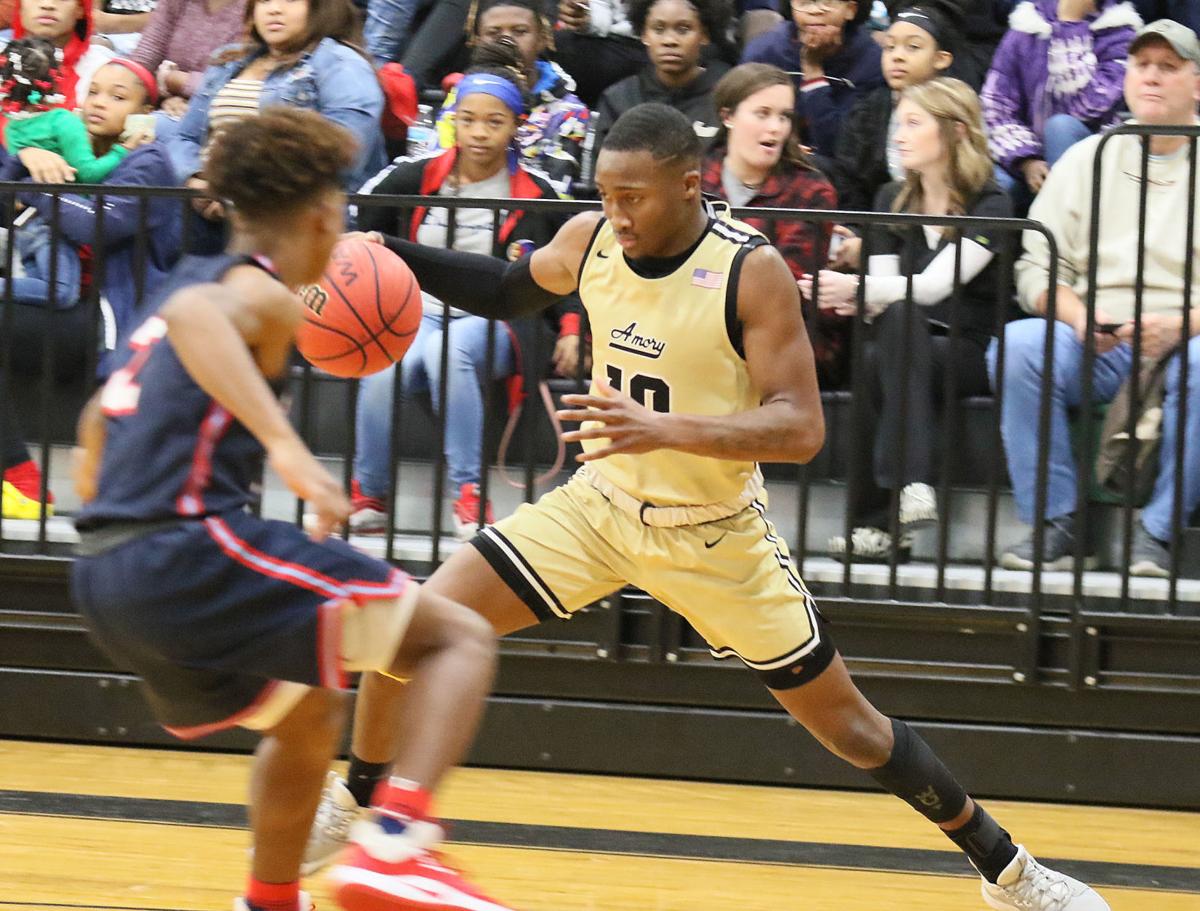 Amory’s James Spratt drives to the basket past Nettleton’s Zavian Dilworth in the third quarter.

Amory’s Jatavia Smith drives to the basket in the third quarter in the Lady Panthers’ division win over Nettleton.

Amory’s Jamerison Martin poured in a game-high 27 points against Nettleton.

Amory’s Jhalia Small puts in a layup against Nettleton. Small tied as the Lady Panthers’ leading scorer with 12 points.

Amory’s James Spratt drives to the basket past Nettleton’s Zavian Dilworth in the third quarter.

AMORY – The Amory Lady Panthers picked up a key division win last Friday night, hanging on with some key free throws and baskets down the stretch against Nettleton for the 42-39 victory.

“We hit some key free throws, and we still missed some. They threw a few shots in, and it’s a credit to them,” Amory coach Brian Pearson said. “We weren’t really on top of our game tonight, but I thought they fought through a slow night offensively and guarded just enough to get a win. Every night is different and is going to pose different problems for us, but I think for this group, it’s finding who we are and trying to be that consistently. That’s what we’re trying to work on every day now.”

Kimiya Parks put in the first basket of the game for an early Amory lead, but Miah Hall quickly answered with three-straight points for Nettleton. She and Faith Collier staked the Lady Tigers to as much as a four-point lead before Jhalia Small finished the first quarter on a 4-0 run to tie the game at 9-9.

Jatavia Smith drained a three-pointer to open the second, and Amaya Trimble scored four straight to make it 16-9 in favor of the Lady Panthers. Collier ended the drought for Nettleton with 5:20 left in the second, but Amory responded with another 6-0 run with points from Jillian Cox, Laney Howell and Parks to go up 22-11. Small had a basket to stretch it to double digits at 24-13, but Collier ended the first half with a putback for Nettleton.

Small for Amory and Hall for Nettleton traded baskets to open the third, and Bricelyn Morris hit her first three for the Lady Tigers to cut it to 29-20. That sparked a quick 6-0 run that made it a six-point game before Emma Kate Wright stretched the lead with a three of her own.

Morris answered her again, but Amory carried a 33-27 lead into the final quarter.

“The second quarter was a bad quarter. We did well in the third quarter, came out and battled back. We hit some threes,” Nettleton coach Shane Hayles said. “The bottom line in a close game like that is a bad second quarter, and we missed a lot of free throws. We also let them convert three times on inbound plays that we shouldn’t have let them get that easily. Every game but one we have lost by single digits, so it’s one of those things where we’re playing hard and trying to get over the hump.”

Hall opened the fourth by cutting it to four with a layup, but Parks and Howell answered for Amory. Trimble made it 39-31 with 3:03 to go, but Small fouled out a minute later for the Lady Panthers. Hall at the free throw line and Annalyn Housley with a three cut it to 39-36 with just under 30 seconds to go.

Trimble put in a pair at the line with 14 seconds left and made another to help seal the win with three seconds remaining. Hall had made it a two-point game with her three-point play with six seconds left.

“It was a game of runs, and we had some stretches where we pushed it out,” Pearson said. “Then we got winded and got a little slow and gave up some baskets to where it stayed tight throughout the whole night. We were never able to pull away, and that’s a credit to them making plays. It was a battle all night, and I’m glad we were able to come out on top in the end.”

Hall led all scorers with 16 points for Nettleton. Small and Trimble each scored 12 points for Amory.