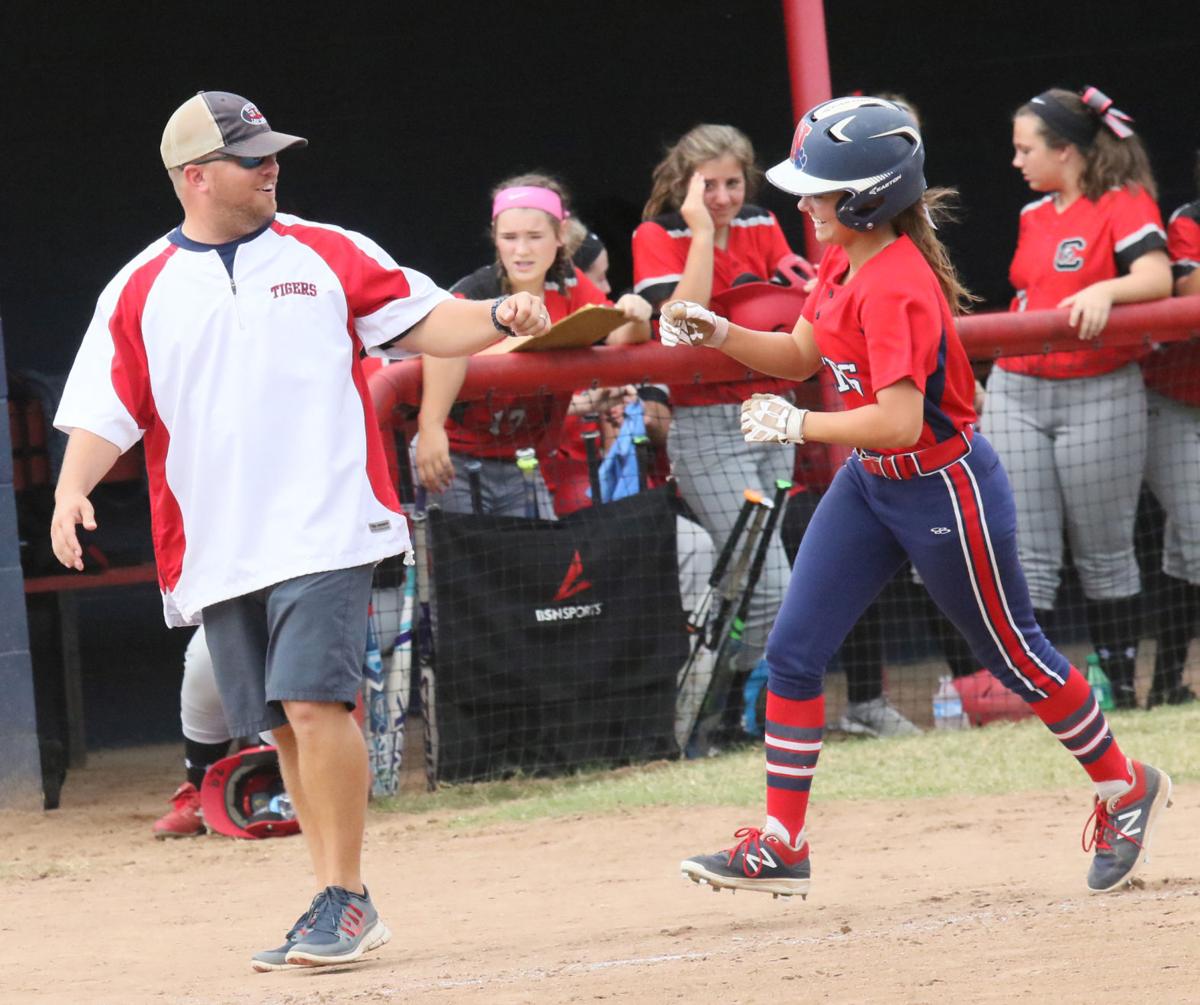 Nettleton coach Jacob Kidd, left, will be going into his fifth season as head fast-pitch coach in the spring. 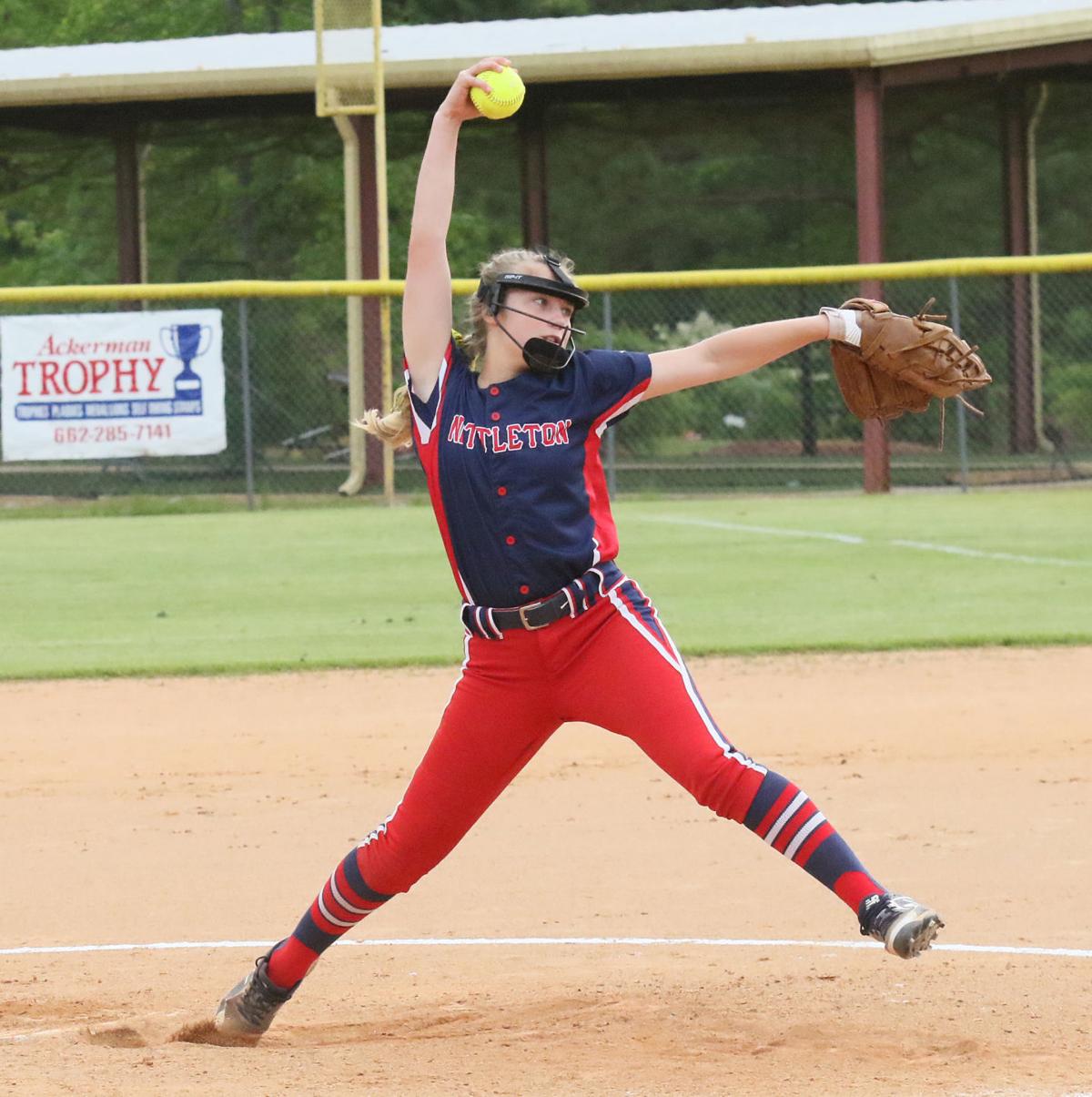 Nettleton freshmen Anna Claire Harris will be one the Lady Tigers will rely on in the circle next spring.

Nettleton coach Jacob Kidd, left, will be going into his fifth season as head fast-pitch coach in the spring.

Nettleton freshmen Anna Claire Harris will be one the Lady Tigers will rely on in the circle next spring.

One positive for Nettleton softball coach Jacob Kidd this past season was that he didn’t have to tell a group of seniors that their seasons were ending early due to the coronavirus pandemic as the Lady Tigers had no seniors on their 2020 team.

A negative was that his young team needed this season to keep improving as several junior high players were taking the field on the varsity squad.

“Not having any seniors was, for sure, one blessing. I hate it for all the coaches who had to approach their seniors to tell them that their career in high school softball was now over,” Kidd said. “I was lucky enough that I didn’t have to do that, but I could tell all my girls that now you never know when things might end. This needs to be a wakeup call to all of us. They have more years, but keep this one in mind. Tough times are here, and they need to think that they are doing all they can while they are out there on the field and getting the chance. You never know when it can be taken away and be over.”

With only playing just a small handful of games, Kidd said his team will be just as young next season.

“This was a season we needed at Nettleton,” he said. “With me having so many underclassmen and junior high kids, we needed that experience. We will go into next year and the kids will be older, but experience wise, we will be just as young.”

Kidd said in the games they had played thus far, he was seeing nerves from his young group but starting to get more comfortable.

“They were getting settled in. When we first started, the speed of the game, you could see them perform in practice, but come game time, you could tell those nerves were really bothering them,” Kidd said. “I was excited to jump into division play coming out of spring break because the young ones had their feet wet. We were also getting our shortstop, Zion Seals, back because she tore her knee up. Things were starting to move in the right direction. Then it was all over.”

“She was coming off a labrum problem so she was a little behind where she usually is, but we are looking forward to seeing what she can do next year when healthy,” he said. “Sharman Mosely was back out, playing short and we were excited to have her back on the team. Kaillee Grace Inmon was hitting the ball pretty well, and she’s just in ninth grade year. We were still far from where we needed to be though and just getting shown how young we were, but the girls were competing and playing hard.”

With the cancellation of the season, Kidd said he hopes to see a renewed love for the game in his team.

“I hope they can have that renewed passion for it. This day and time kids have so much stuff to do that keeps them occupied, and when we were growing up, we didn’t have all that and ball was pretty much what we did,” he said. “This allowed the players who love the game to see hey, I miss this and miss not getting to finish the rest of our season.”

While the season ended short of division play for everyone, Kidd looks forward to competing in a tough division next season that includes Amory, Booneville and Kossuth.

“Those division games go a long way, and I think we are going to be in the midst of the fight for the division next year,” Kidd said. “Several of the teams in our division lost some really key players, a lot of impact players in their lineup, so I am thinking the playing field might get a little more equal. We were for sure going to be the youth of the division. Kossuth is going to move towards the top with their experience, and they received a really good coach in Coach (Dana) Rhea. Amory and Booneville lost several good players. We were going to be one of the new teams in the division, so it will be all new for us next year.”