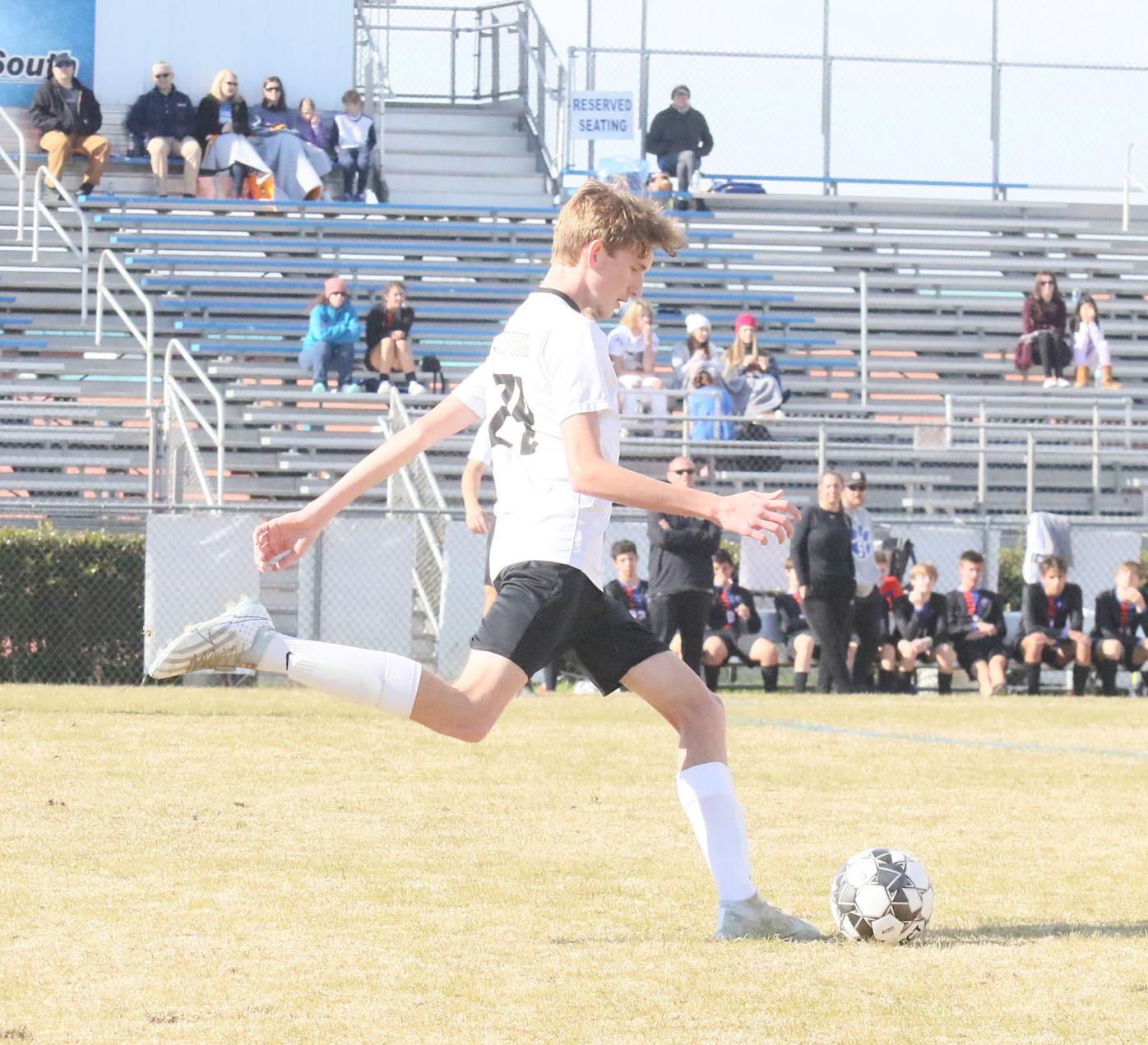 Amory’s Lane Carroll takes a free kick in the first half against Saltillo. 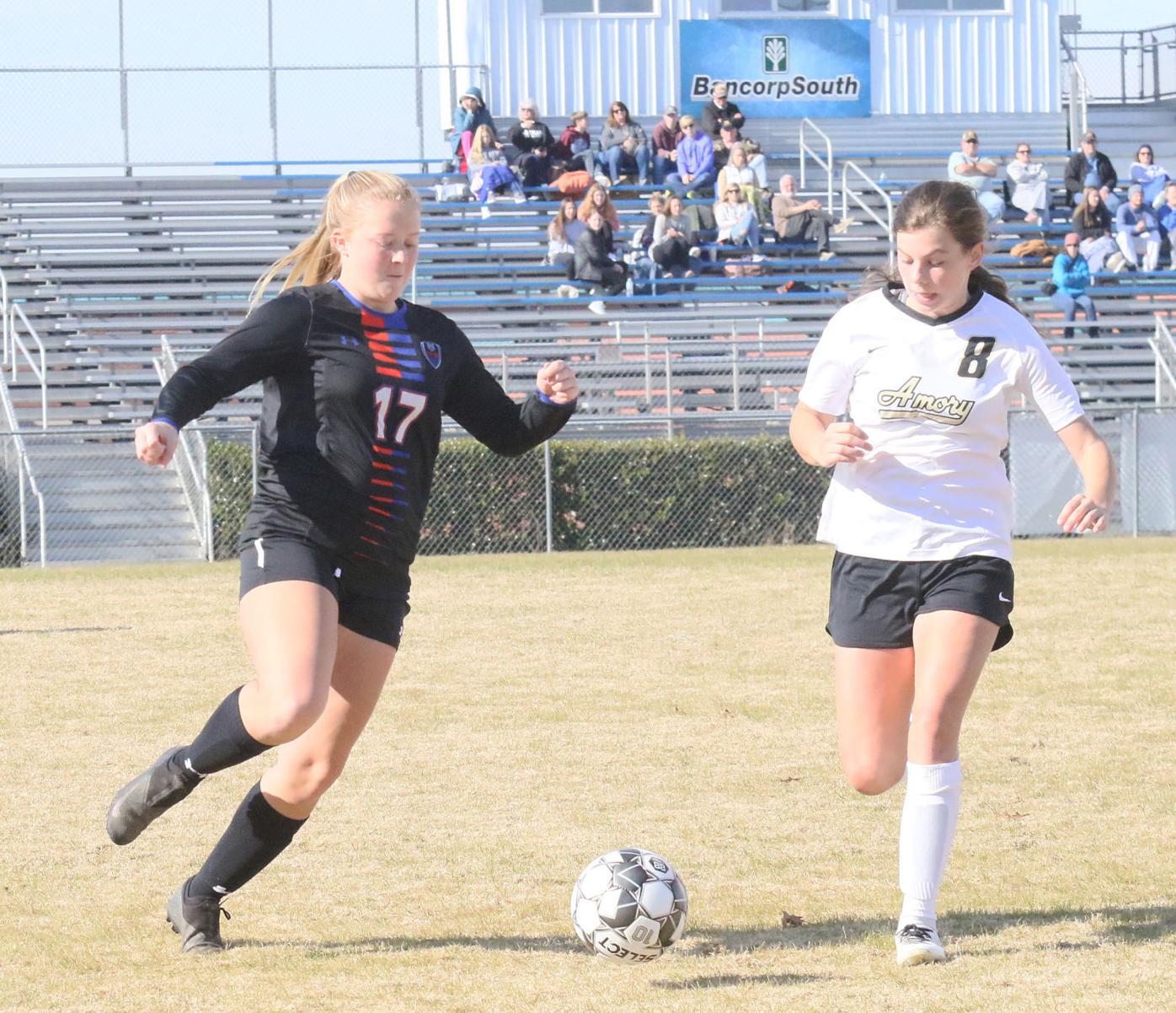 Amory’s Ellie Baker comes in on the attack in the second half against Saltillo. 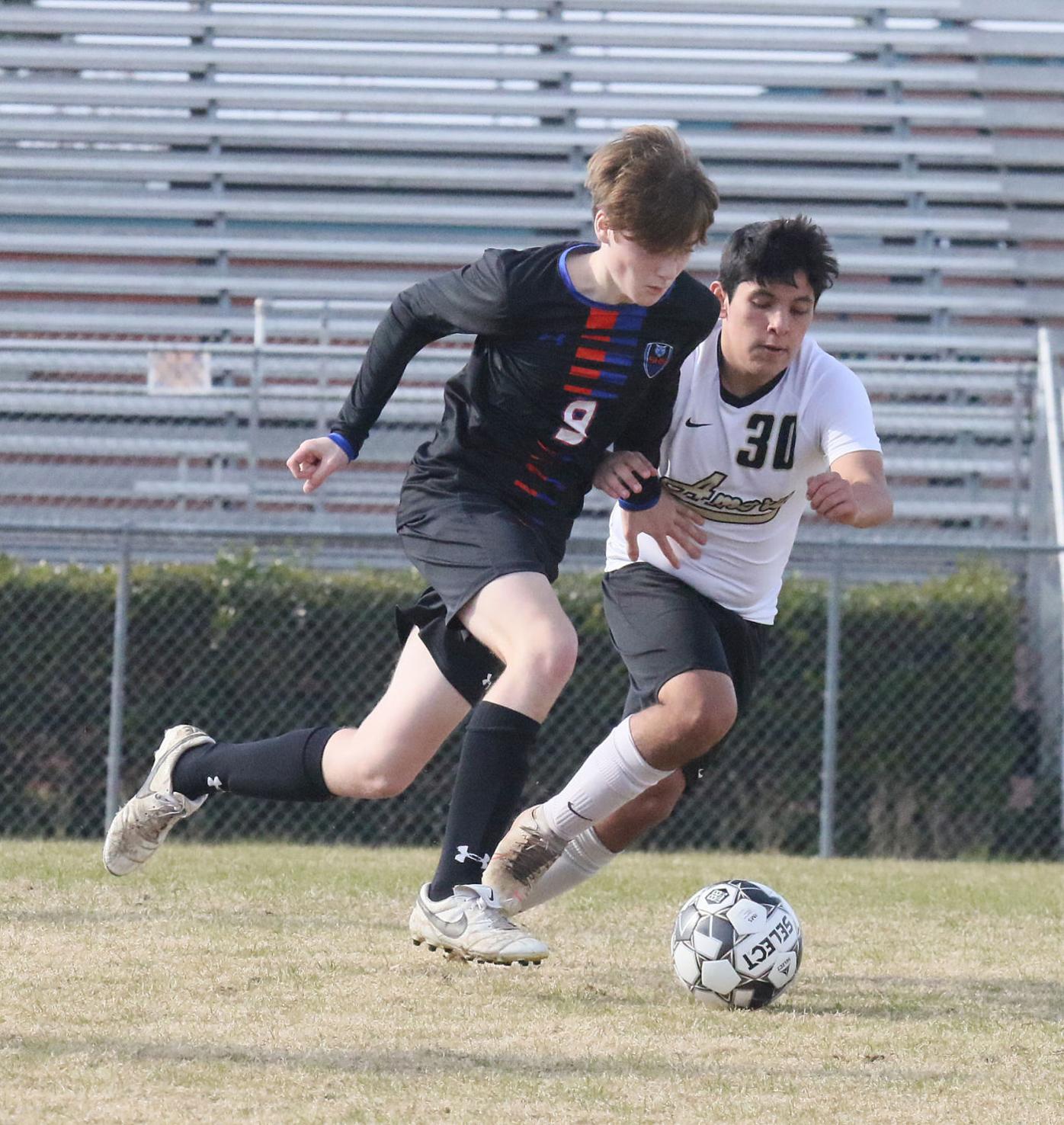 Amory's Tony Hunt battles for the ball at midfield with a Saltillo player. 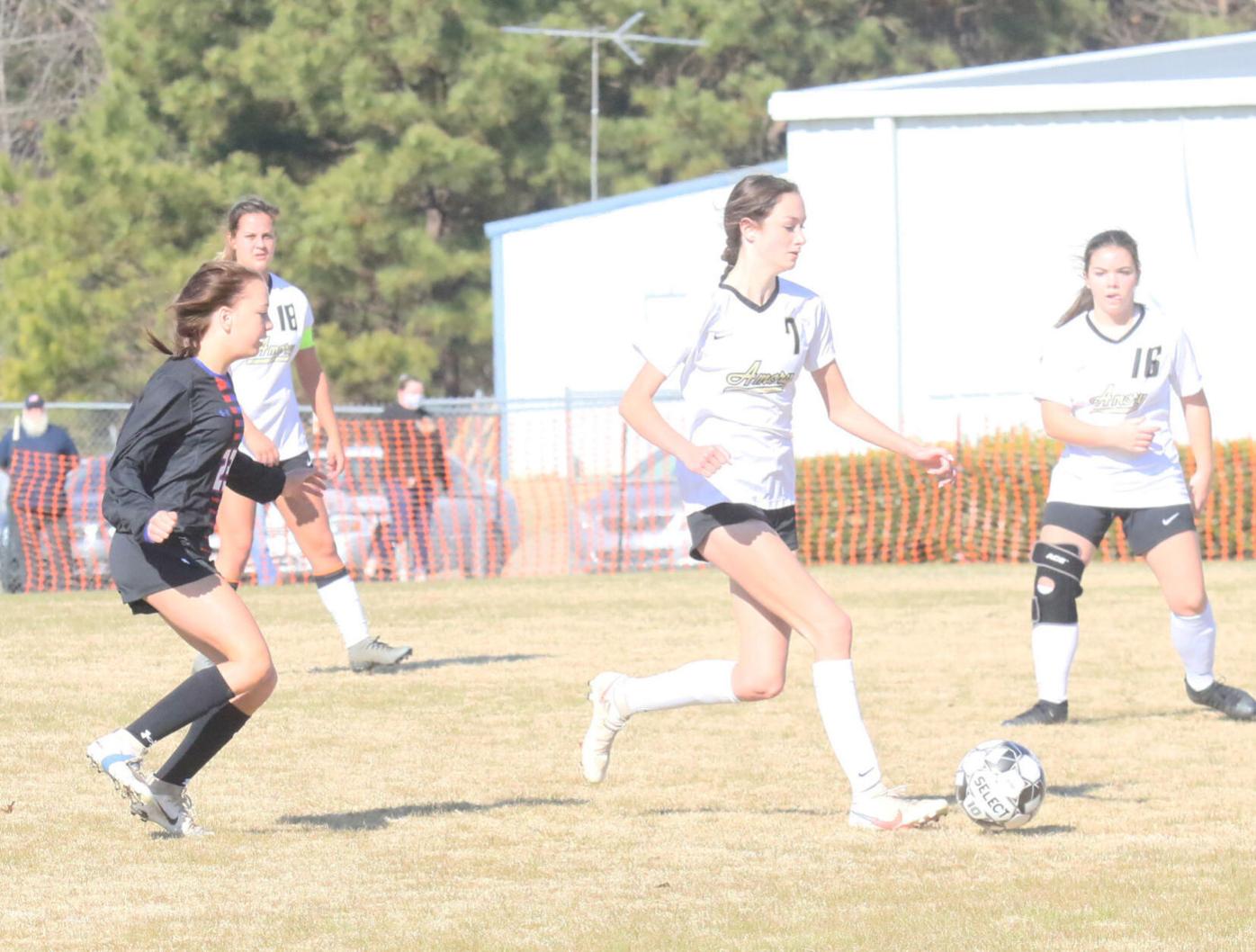 Amory's Payton Ford gets to the ball ahead of Saltillo's Georgia McBride.

Amory’s Lane Carroll takes a free kick in the first half against Saltillo.

Amory’s Ellie Baker comes in on the attack in the second half against Saltillo.

Amory's Tony Hunt battles for the ball at midfield with a Saltillo player.

Amory's Payton Ford gets to the ball ahead of Saltillo's Georgia McBride.

SALTILLO – The Amory Lady Panthers battled in a scoreless tie with Saltillo for 68 minutes, but the Lady Tigers caught fire in the final 12 minutes putting in three goals for a 3-0 win last Tuesday.

“We were having to play some people in different spots, and we were hoping that we could get to the shutout and push it to penalty kicks,” Amory coach Nathan Clayton said. “We were 12 minutes away from it. For the first 68 minutes, we did basically what we had planned on doing, and we were just outnumbered, outgunned and had to take away opportunities.

“We limited their shooting opportunities, and they didn’t have many quality shots until they scored.”

The Lady Panthers were missing three defenders in Emma Pinkerton, Alexy Smith and Christi Carol Smith and had to adjust on defense.

“We had Macie (Williams) in there playing center back, and she did really well. Maggie (Glenn) had to play inside, and she’s never played there and did a good job,” Clayton said. “Alyssa (Schrock) had a really good game on the back. Our goalkeeper, Annabelle (Holman), made some good plays on some corner kicks, and those were really their best opportunities until they scored on the set piece. At times, Ellie (Baker), Emma (Gore) and Riley (Todd) had some moments in the attack.”

Clayton said he knew coming in that it would be a challenge being shorthanded.

“One of our goals was to make it go 80 minutes, and we did that,” he said. “It would have been good if we could have kept it closer than what we did at the end.”

It was the opposite story in the boys’ game as Saltillo scored two early goals, and the Panthers were able to hold them from there, shutting out the Tigers for the last 60-plus minutes.

“They made some good opportunities on both of their goals,” Clayton said. “We settled down and were better one on one after the first 20 minutes. They beat us that way quite a few times early in the game. Landon (Koehn) came up and made an outstanding save, just took the ball off the guy’s foot, when we pushed some guys forward in the last five minutes. Tony (Hunt) was solid at defensive mid, and Lane (Carroll) had a great game at center defense. Will (McComb) keeps getting better.”

Amory found its chances offensively but was unable to find the back of the net as they suffered the second shutout of the season at the hands of the Tigers.

“We had moments throughout the game where some positive things happened,” Clayton said. “We have to do a better job of generating offense and being more creative, getting into the split and getting the ball where it needs to go. We need to count numbers and channels and get it away from where they have numbers.”