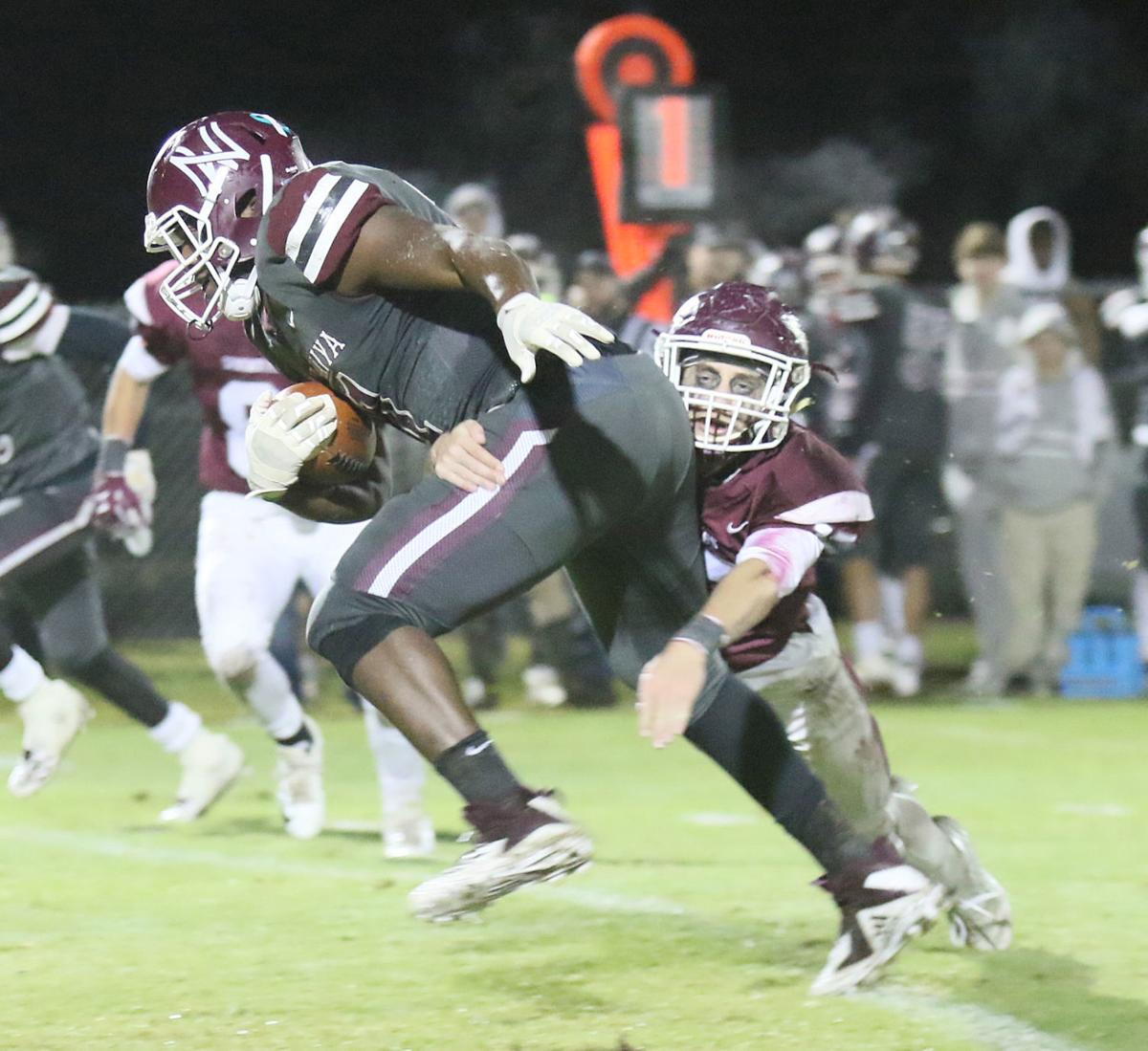 Smithville linebacker Jordan Wardlaw signed to play football next season for Millsaps, just weeks before the COVID-19 pandemic shut down his senior season of baseball. 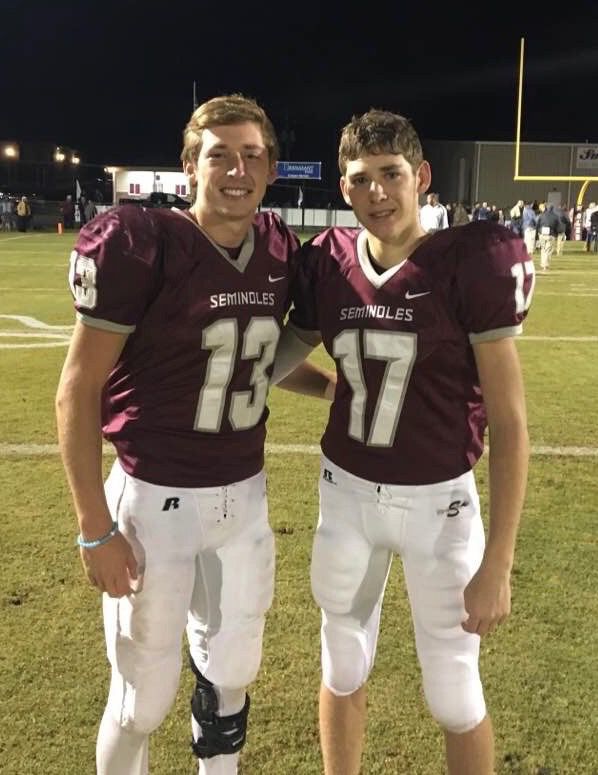 Cameron and Jordan Wardlaw pose for a picture after their final high school game together on November 10, 2017 against Shaw. The two will play together at Millsaps next season. 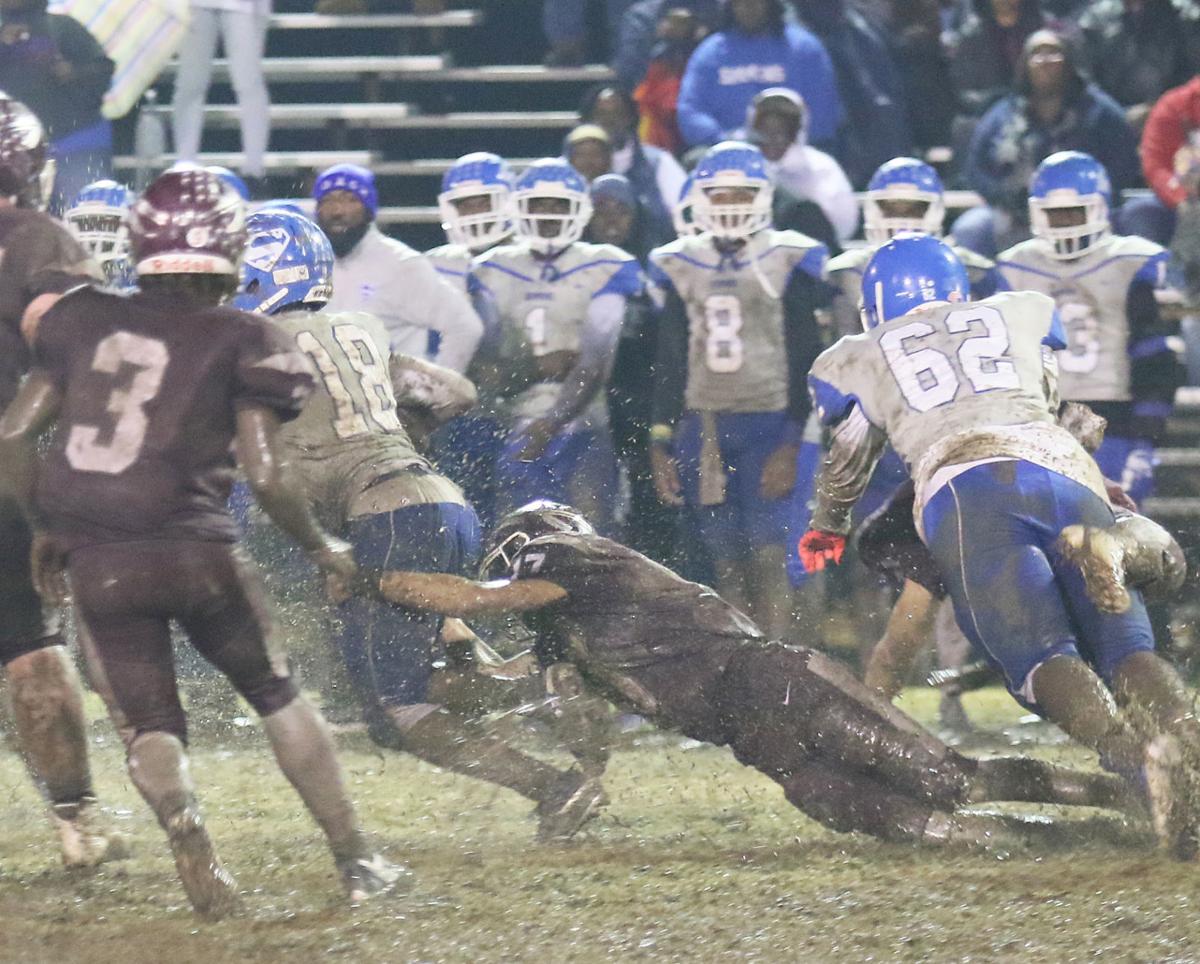 Jordan goes in for the tackle during Smithville's North half game against Hollandale Simmons during his junior season. The Noles also reached the North finals in his freshman year. 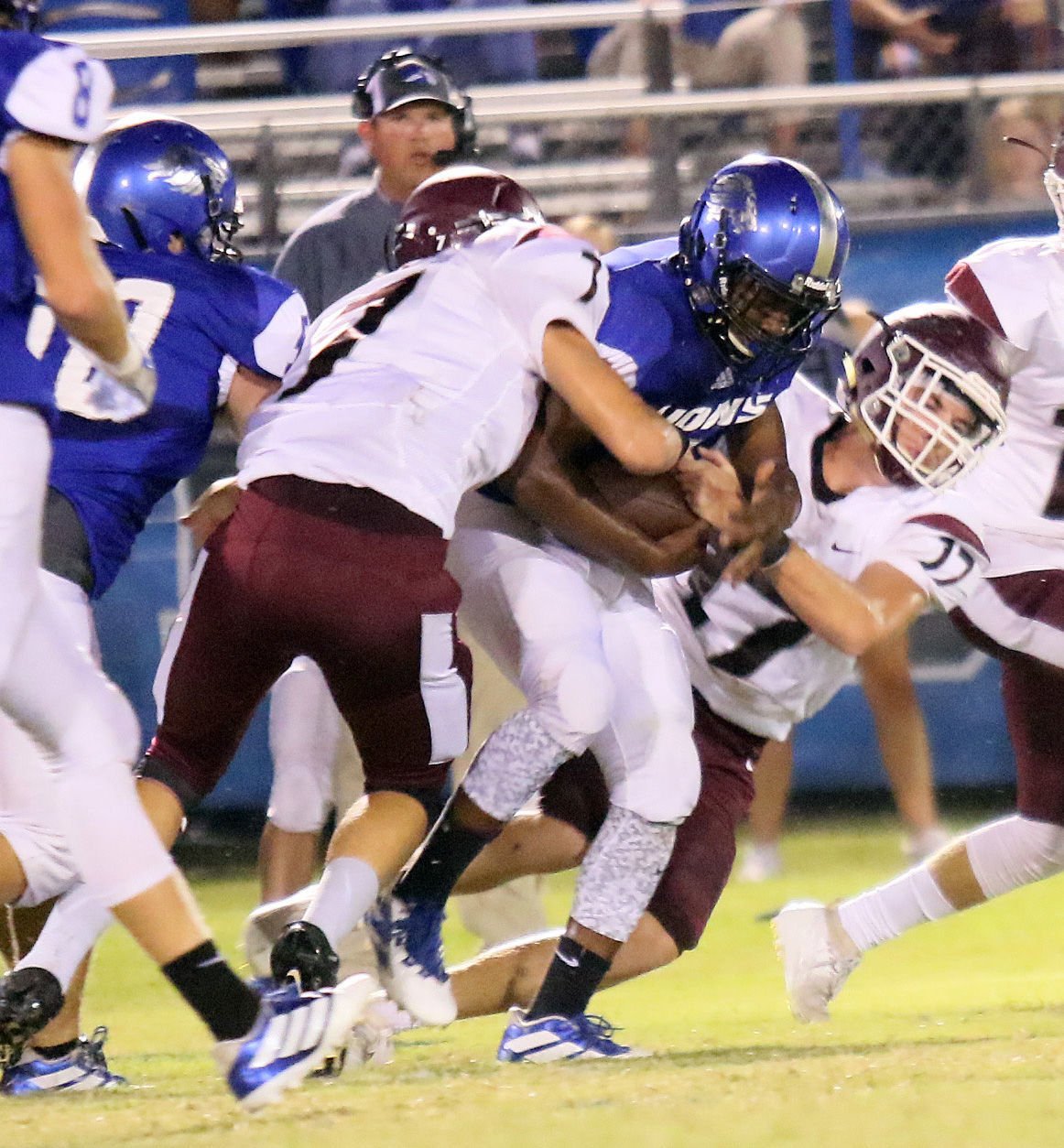 Jordan Wardlaw, right, piled up 245 tackles, including 34 for loss and 12 sacks, and five fumble recoveries and six forced fumbles during his Smithville career.

Smithville linebacker Jordan Wardlaw signed to play football next season for Millsaps, just weeks before the COVID-19 pandemic shut down his senior season of baseball.

Cameron and Jordan Wardlaw pose for a picture after their final high school game together on November 10, 2017 against Shaw. The two will play together at Millsaps next season.

Jordan goes in for the tackle during Smithville's North half game against Hollandale Simmons during his junior season. The Noles also reached the North finals in his freshman year.

Jordan Wardlaw, right, piled up 245 tackles, including 34 for loss and 12 sacks, and five fumble recoveries and six forced fumbles during his Smithville career.

Smithville senior Jordan Wardlaw thought he played his last football game with his older brother, Cameron, back in a first-round playoff loss in 2017.

Little did the two brothers know, an opportunity would come up for the two to reunite on the football field this fall as both have signed to play at Millsaps College with Jordan at outside linebacker and Cameron at defensive back.

“It’s like a dream come true to get to play with him again. I dreaded the day he stopped playing with me because we have played together since pee wee,” Jordan said. “His senior year really took a toll on me, because I was like, ‘I won’t have my brother out there anymore.’ Then Brayden (Morris) came along, and I got to play with my cousin, and then he was gone my senior year and I was the only one left. It’s been great because I get that chance again to spend it with my brother.”

Jordan found his opportunity to play come up in February when he was first invited to a showcase and then for an official visit in the same weekend.

“My recruiter, Coach (Grant) Kimberlin didn’t know I was already going to be down there,” Jordan said. “The visit went well, and I asked him what the defensive coordinator’s Twitter handle was, and Coach (Steve) Wallace, I sent him a tweet and asked him if he would look at my film and tell me what he thought about it. Within 20 minutes of him watching the film, he and Coach Kimberlin got on the phone and offered me.”

Jordan was quick to mention his brother’s name when his opportunity came up. Cameron hadn’t played football since his senior year in 2017, but Jordan thought his brother had gotten bigger and faster since his high school days.

“I was brutally honest and told Coach Kimberlin, ‘I’m good, but Cameron never got the opportunity I did because he was stuck at quarterback and never got to play defense, which was his strong suit.’ He was really good at defense,” Jordan said. “I gave him Cameron’s phone number and told him he was by far the better athlete in all aspects. He took some time to think about it being that far and then made the decision to come down there with me and play.”

Cameron tore his ACL during his junior season and went through a total knee reconstruction, and Jordan believes that taught him greater leadership skills. He credited his brother with helping to get his football career to where he could play at the next level.

“Even through his adversity of having the ACL tear, most people wouldn’t come back because they would be like, ‘All right, I already had that catastrophic injury, and there’s no need for me coming back.’ But he came back and performed to his best,” Jordan said. “He helped me get to where I am. Since we were young, him throwing the football in the backyard with me, and before his senior year when Coach (Michael) Campbell came in, we sat down together and learned the plays before our first practice. He has had a big impact in the motivation aspect and the leadership aspect of showing me this is how it needs to be done for you to be the best that you can.”

Jordan pointed out the dedication of the coaching staff at Millsaps as being what stood out to him about the program.

“We already have a summer workout and nutrition plan in from them,” he said. “Their defensive coordinator, they are installing a new package, which is just like the one we have at Smithville, where I would be at outside linebacker but switching from defensive end and outside linebacker and rushing the edge like I did here.”

Jordan finished with 100-plus tackles both his junior and senior seasons to have 245 for his career, 34 of those for loss and 12 sacks. He said one of the biggest lessons he learned during his high school career was toughness.

“You’re mostly playing iron-man football, both sides of the ball, and not only that, you have to play special teams along with that. When you get down to a college, you’re only playing one side of the ball, so it takes a little bit of stress off you,” Jordan said. “Smithville has prepared me well, just like Coach (Mike) Bush and Coach (Brad) Barnes, my two position coaches at outside linebacker, they have instilled a lot of game planning in me. They both taught me how to rush the edge, swim move, different techniques for somebody my size to get around a bigger lineman where I could get to the backfield.”

Barnes, his former position coach and now head baseball and assistant football coach at Falkner, said Jordan’s biggest strength is his intelligence on the field.

“He’s one of the smartest athletes I have ever coached, in both sports, and he always knew where to be and was so coachable. To me, any coach would take a team full of Jordans, and Cameron was the same way,” Barnes said. “Jordan was so consistent in being where he needed to be, especially at linebacker, and you knew he would be there to make the plays. He was the same way behind the plate in baseball. He was always respectful, played the game the right way and was one of the hardest workers out there.”

Jordan played for a pair of North-half championships during his freshman and junior seasons and went to state in baseball three straight seasons, including winning the 2019 Class 1A baseball state title.

“Football and baseball, it’s basically a tradition here, and you’re expected to make it deep in the playoffs. If you don’t make playoffs, something is terribly wrong,” he said. “We had that tiebreaker this year with TCPS and didn’t come out on top, which it is what it is. But both programs have prepared me well, because in baseball, six out of the last seven years, we went to state. You know that pressure of competing for a championship.”

He named the North-half championship game against Hollandale Simmons his junior season as one of his favorite games.

“Not only did we give Simmons a run for their money, but it was probably my most fun game. Most people don’t like to play in those elements, but that’s what Seminole football is,” Jordan said. “Just like we planned to play TCPS when it was storming outside because that’s what our element is. My second favorite memory would be the Okolona game because I had three sacks in a game.”

Jordan is currently doing strength and conditioning training to prepare for hopefully getting to Millsaps sometime in the late summer. In addition to his brother and his former coaches, he thanked his parents for providing him with the opportunity to play football.

“More than anything, I would also like to thank God for every opportunity he has given me. I think this was a God thing, no doubt,” Jordan said. “My mom was talking about it and said, ‘The virus did take away baseball, but you signed for football before that. That’s God giving you time and opening up an opportunity for you to get trained up to excel in the college aspect of football, which is going to be way tougher.’”