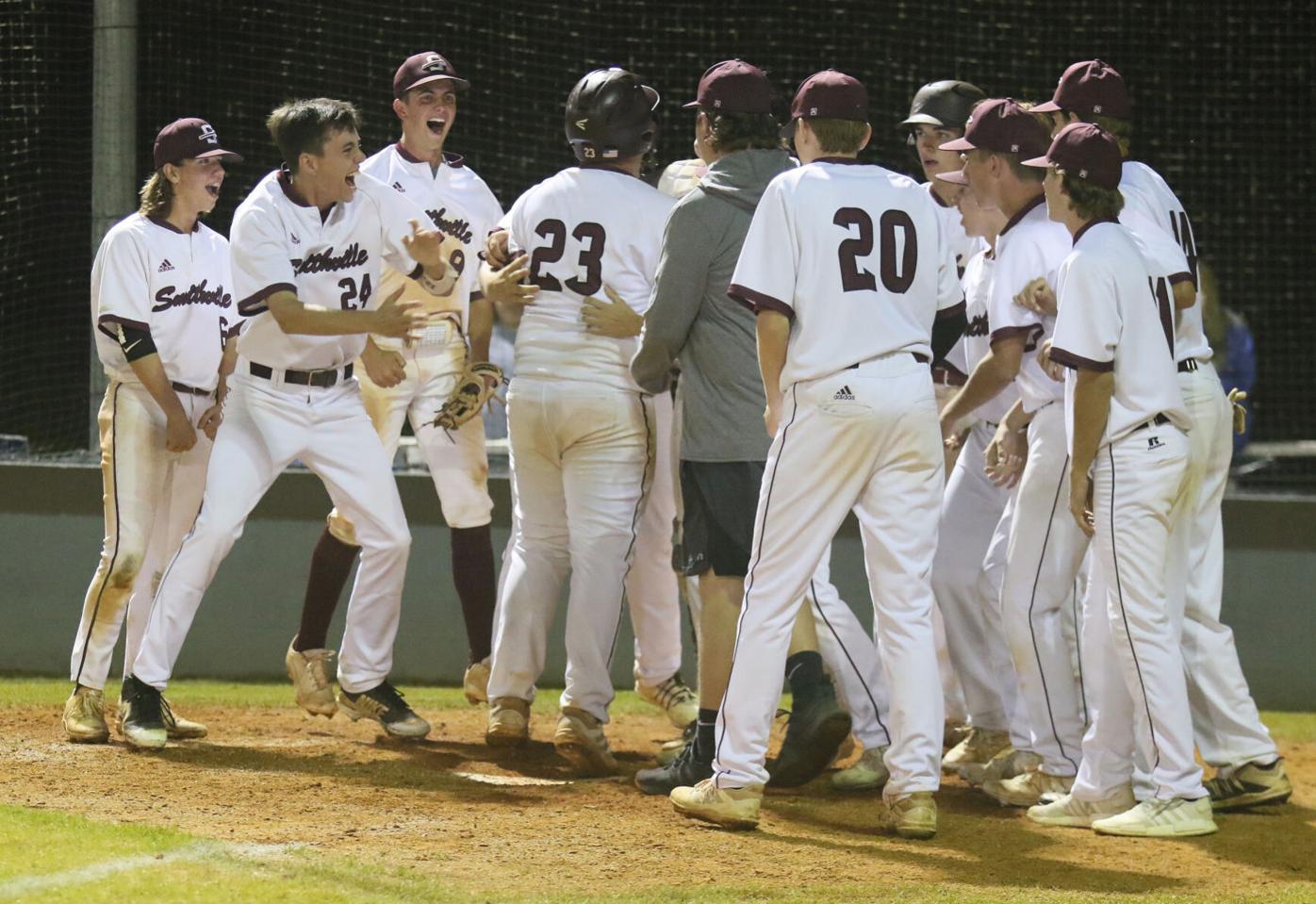 Smithville’s Dayton Hitt is greeted at home plate by his teammates after his three-run homer against Vardaman last Monday night. 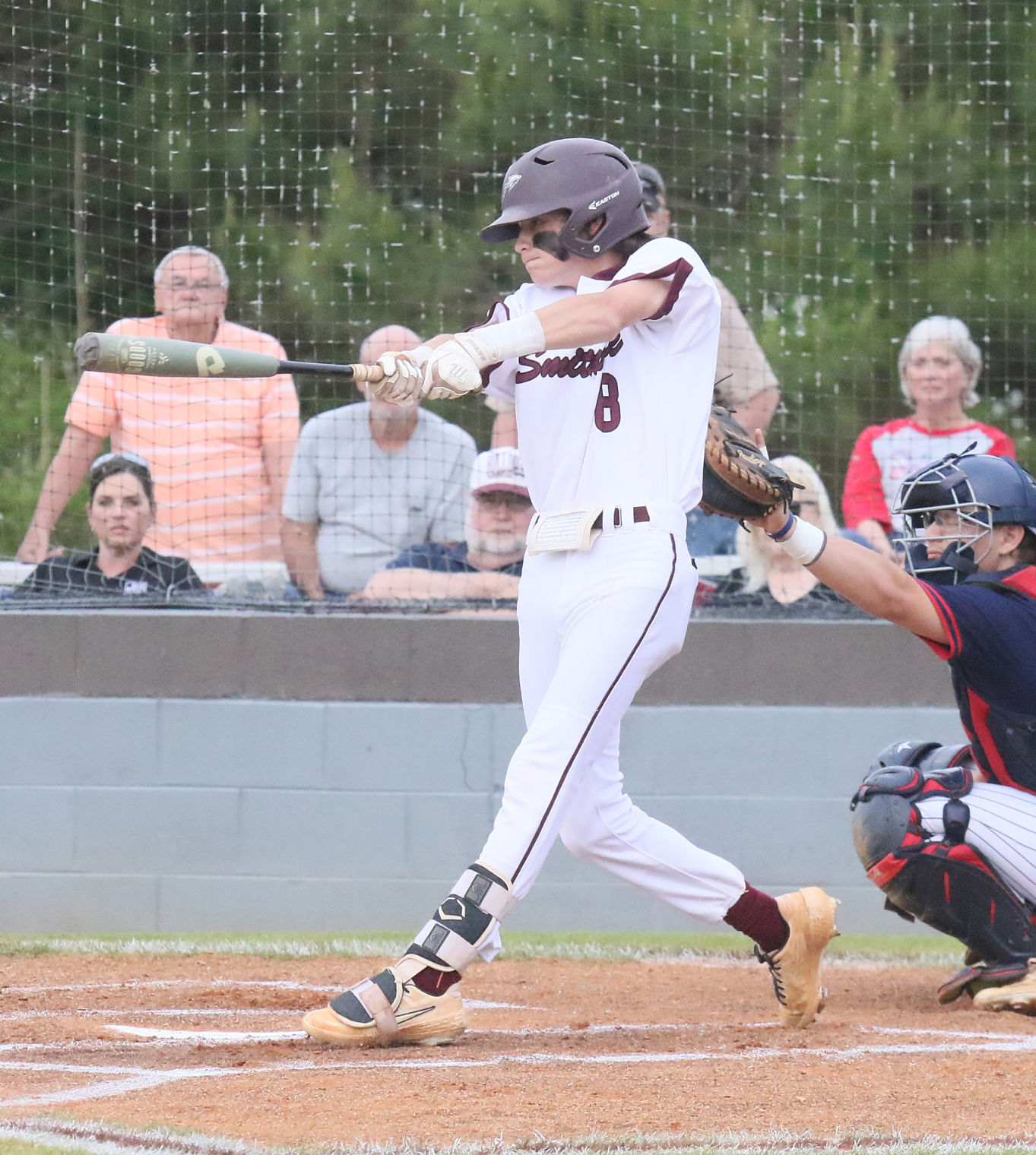 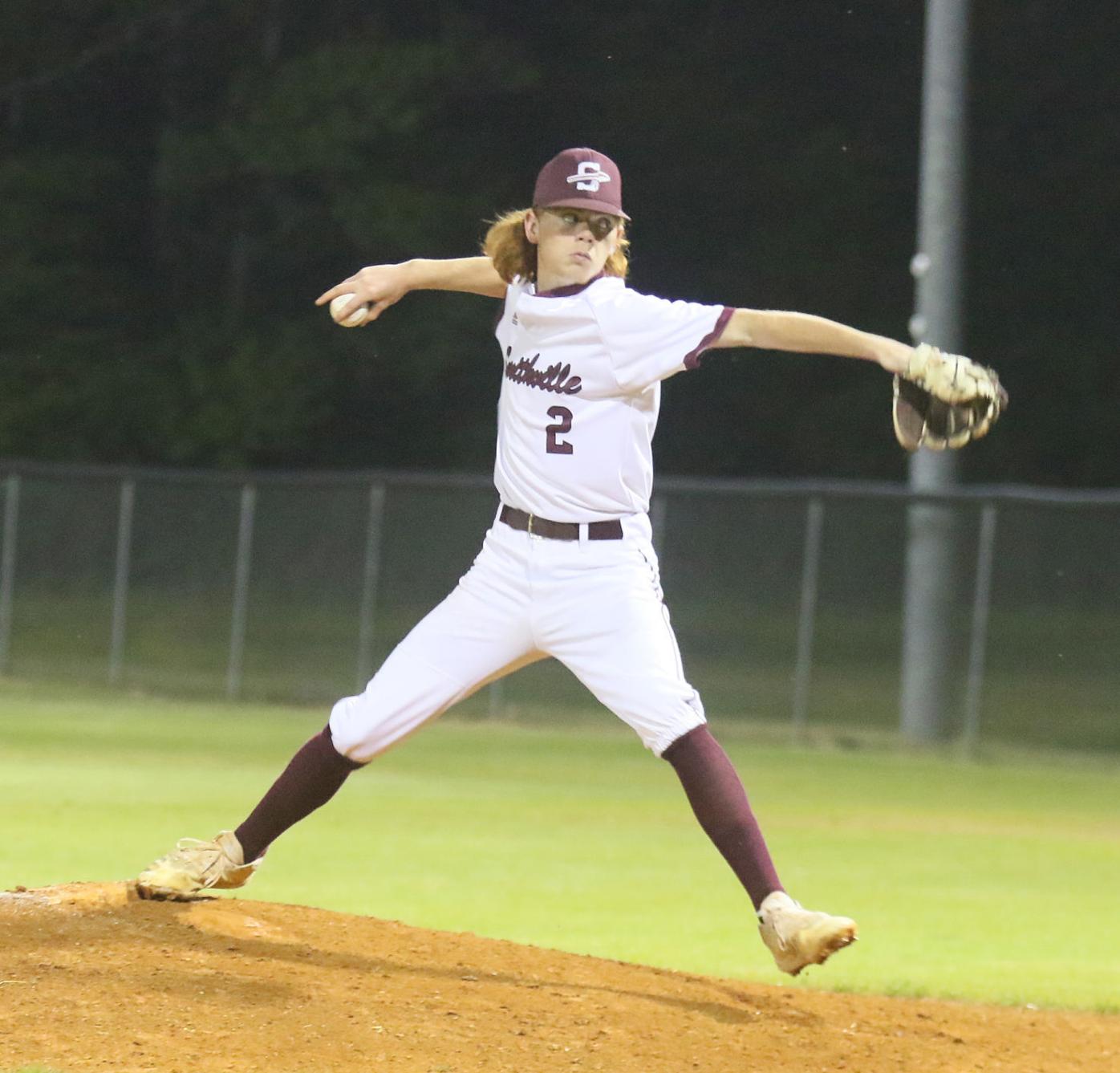 Smithville’s Colton Malone made the start against Vardaman and struck out eight in four innings.

Smithville’s Dayton Hitt is greeted at home plate by his teammates after his three-run homer against Vardaman last Monday night.

Smithville’s Colton Malone made the start against Vardaman and struck out eight in four innings.

SMITHVILLE – The Smithville Seminoles finished out the regular season on a high note, picking up a 14-9 win against Vardaman last Monday night but saw their season come to an end with 5-3 and 3-0 losses to Hickory Flat in the first round.

“I was happy for us to put the ball in play and score the runs we did tonight,” Smithville coach John Harris said. “It was a really good night offensively going into the playoffs, and I feel like if we can score runs, we can put pressure on other teams with our pitching. We moved some things around in the top of our lineup with a different look there, and they did a good job. We still situations where we could put the game away and didn’t, and if we can buy into that, we will be tough on people.”

Smithville put up a 7-0 lead against Vardaman before the Rams could even answer.

Dayton Hipps brought home the first run on a groundout after Peyton Nanney walked and Presley Keebler singled. Dayton Hitt’s RBI single started out his strong night at the plate, and he later scored on Clay Tacker’s groundout to make it 3-0.

Nanney’s two-run single stretched it to 5-0 in the second, and Remington Dabbs smashed a double to drive in a pair in the fourth.

Errors led to Vardaman scoring five runs in the top of the fifth, but Hitt came on to get out of the jam.

Malone went four innings with no earned runs, one walk and eight strikeouts.

Smithville got two of those runs back in the bottom of the inning and scored five in the sixth.

The sixth was highlighted by a no-doubt, three-run blast from Hitt, and Nanney also added an RBI single in the frame.

Vardaman once again made it interesting in the seventh by capitalizing on errors, but Keebler went to the mound and got the final out with a strikeout.

“We made some really big pitches when we needed to, and they did a good job of hitting when they needed to,” Harris said. “They put it in play and made us make plays, and we made too many errors. They never gave up, and that’s a scrappy team that won’t quit.”

The Noles saw the Rebels push ahead in the bottom of the sixth in Game 1, then were limited to just one hit by Chris Smith, their ace in Game 2.

In Game 1, Smithville took a 1-0 lead in the first on a bases-loaded walk from Clay Tacker after a hit by Dayton Hipps and a walk to Remington Dabbs. Smith’s solo homer tied it in the bottom half.

Smithville broke the tie with back-to-back RBI singles by Colton Malone and Peyton Nanney in the fourth inning, but the Rebels tied it again in the bottom of the fifth and took the lead in the sixth.

Dabbs picked up the start on the mound, allowing three runs on six hits and striking out nine.

Presley Keebler had Smithville’s only hit in Game 2. Nanney made the start on the mound, allowing two earned runs on four hits, walking one and striking out six in five innings. Dayton Hitt threw a pair of scoreless frames in relief with one hit, one walk and three strikeouts.

Saying ‘Thank you’ this often brings about just as much guilt