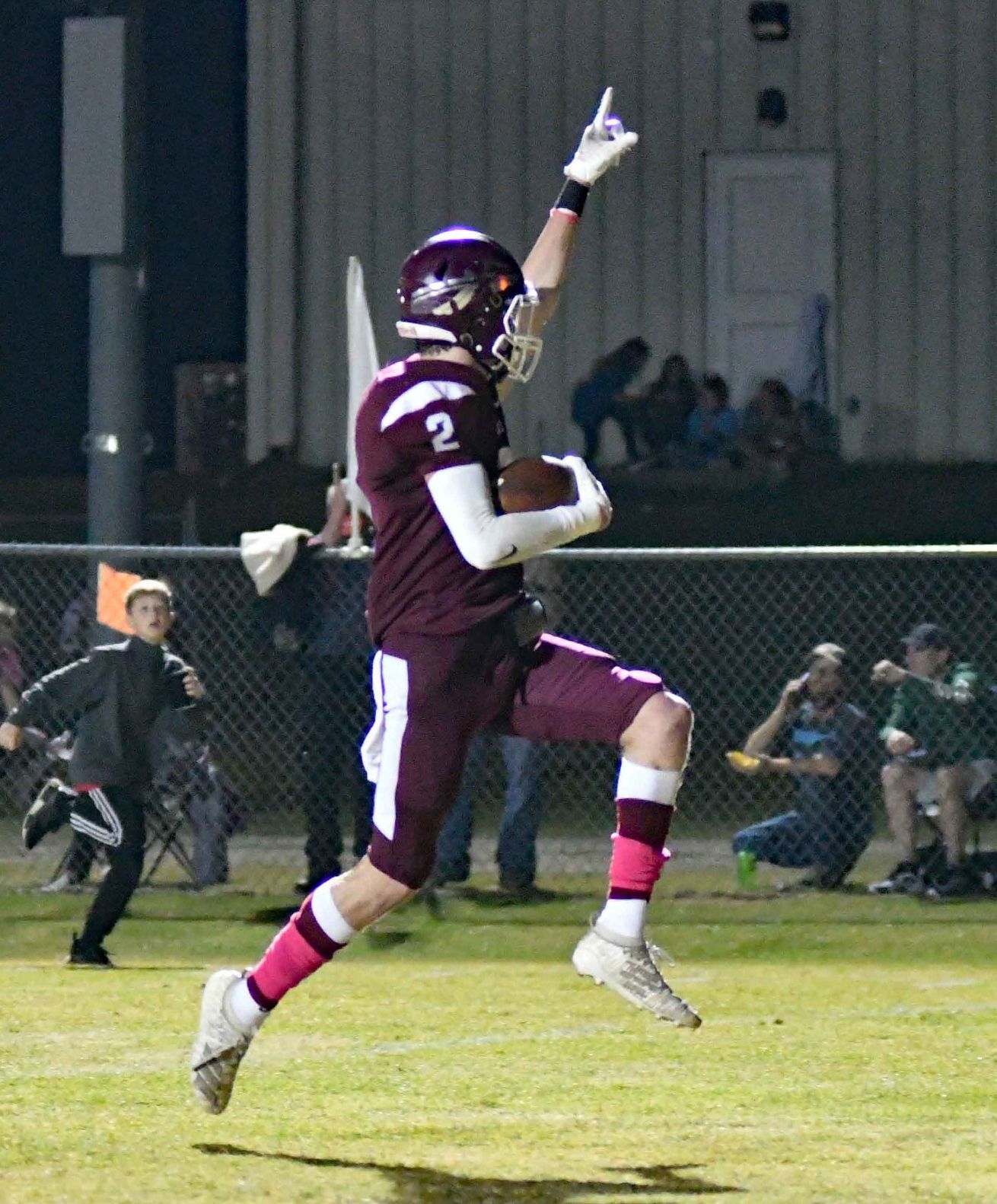 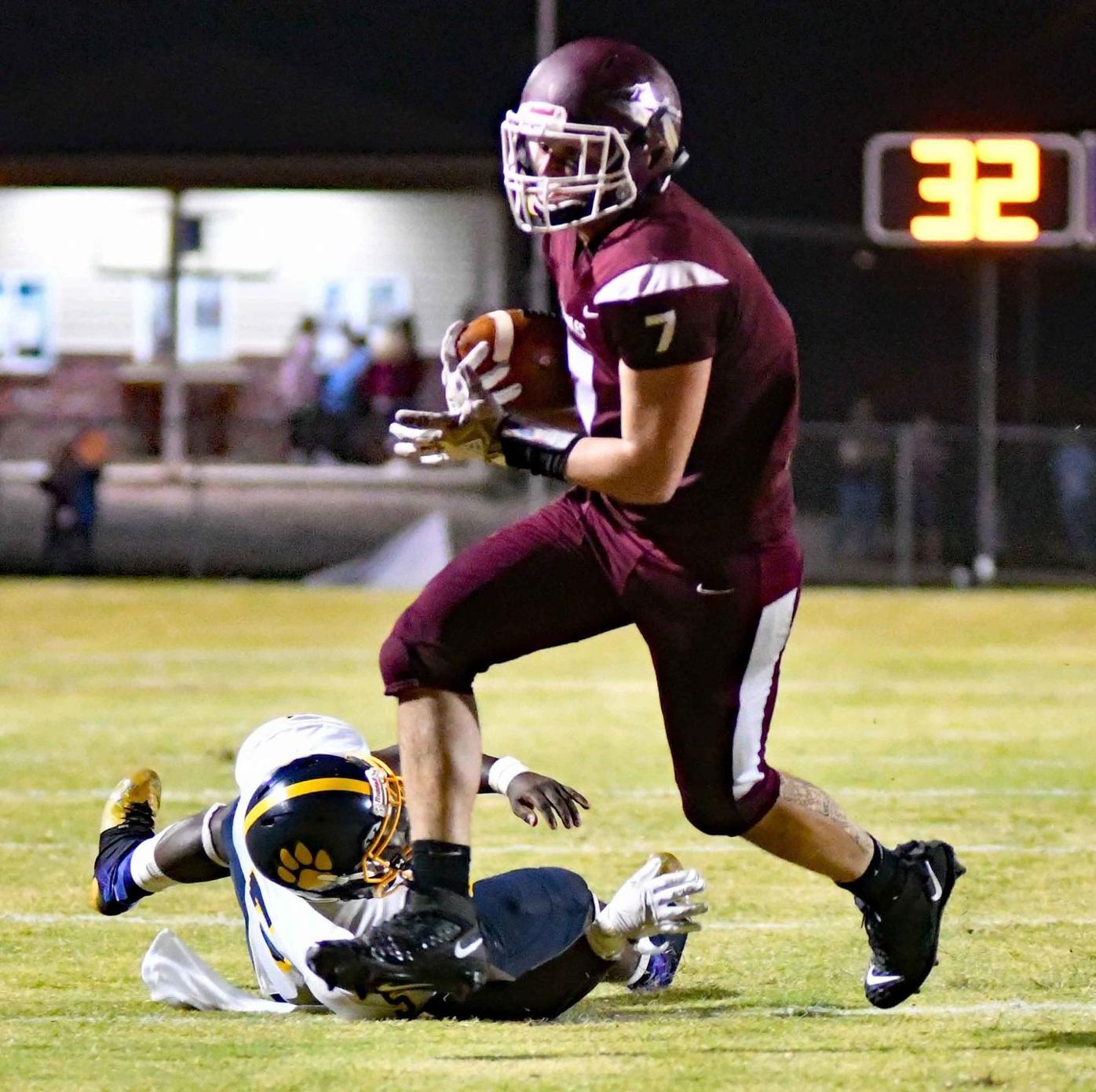 Chandler Woodham heads for the end zone on one of his two touchdown receptions on the night for Smithville. 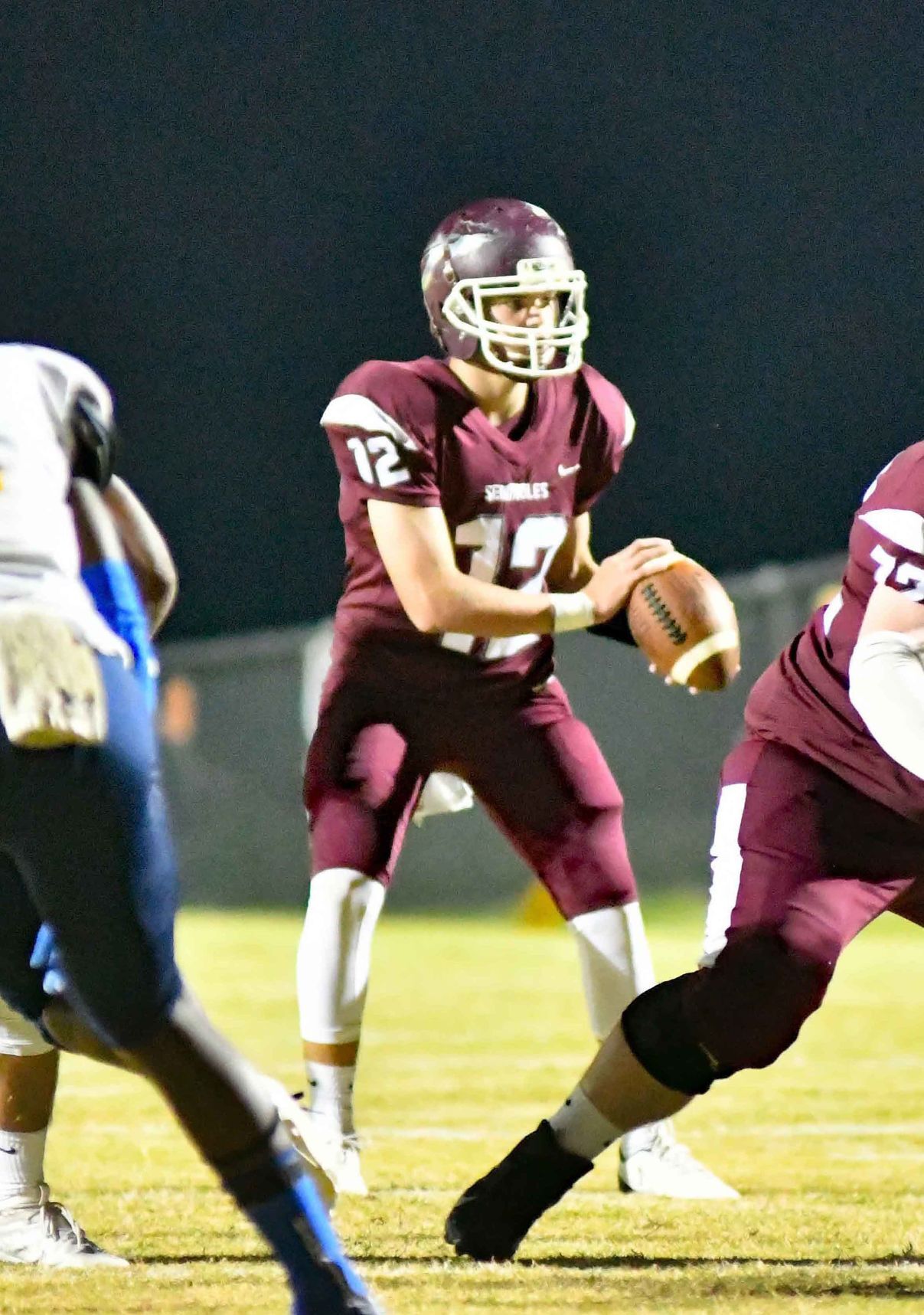 Chandler Woodham heads for the end zone on one of his two touchdown receptions on the night for Smithville.

The Smithville Seminoles found themselves in a big hole during the first half of their 48-26 loss to West Lowndes but saw their offense started to claw back in the game during the second half, scoring three touchdowns.

“In the first half, we didn’t play real well on either side of the ball, but in the second half, our offense came alive a little bit,” Smithville coach Chad Collums said. “We had some injuries on defense and were kind of scrambling to get people in the right position and had some missed assignments. West Lowndes was very good, and we’re still trying to grow up.”

The second quarter was all Panthers as they scored three touchdowns and got out to a 28-6 lead, but the Noles started to come back into the game in the third and fourth quarters.

Chandler Woodham hauled in an 18-yard touchdown from Lann to break Smithville’s scoring drought, but West Lowndes answered with a 73-yard scoring run.

Smithville cut it to a 10-point game with Dylan Christian’s 23-yard touchdown run and Woodham’s second touchdown reception of the night, this one for 8 yards. Lann also connected with Woodham on the two-point conversion.

The comeback didn’t come through as the Panthers iced their win with two late touchdowns in the fourth quarter.

“Their offensive line was big, and they kind of pushed us around in spots,” Collums said. “Once they hit that edge, you really couldn’t do anything about it.”

Lann finished 6 of 12 passing for 85 yards and three touchdowns with Woodham having three catches for 40 yards and two scores and also leading the way with six tackles on defense. Christian rushed for 82 yards on 24 carries.

“Tyler (Lann) did really well, and Chandler (Woodham) was very good on both sides of the ball,” Collums said. “He’s had a really good year, but he took it a step further on Thursday.”

Smithville is tentatively set to travel to Okolona this Friday in another division matchup, but the Chieftains have canceled their last two games due to COVID-19 concerns.

“We haven’t been able to see them on film this year,” Collums said. “We know Coach (Lamont) Harvey does a good job and will have them ready to play.”