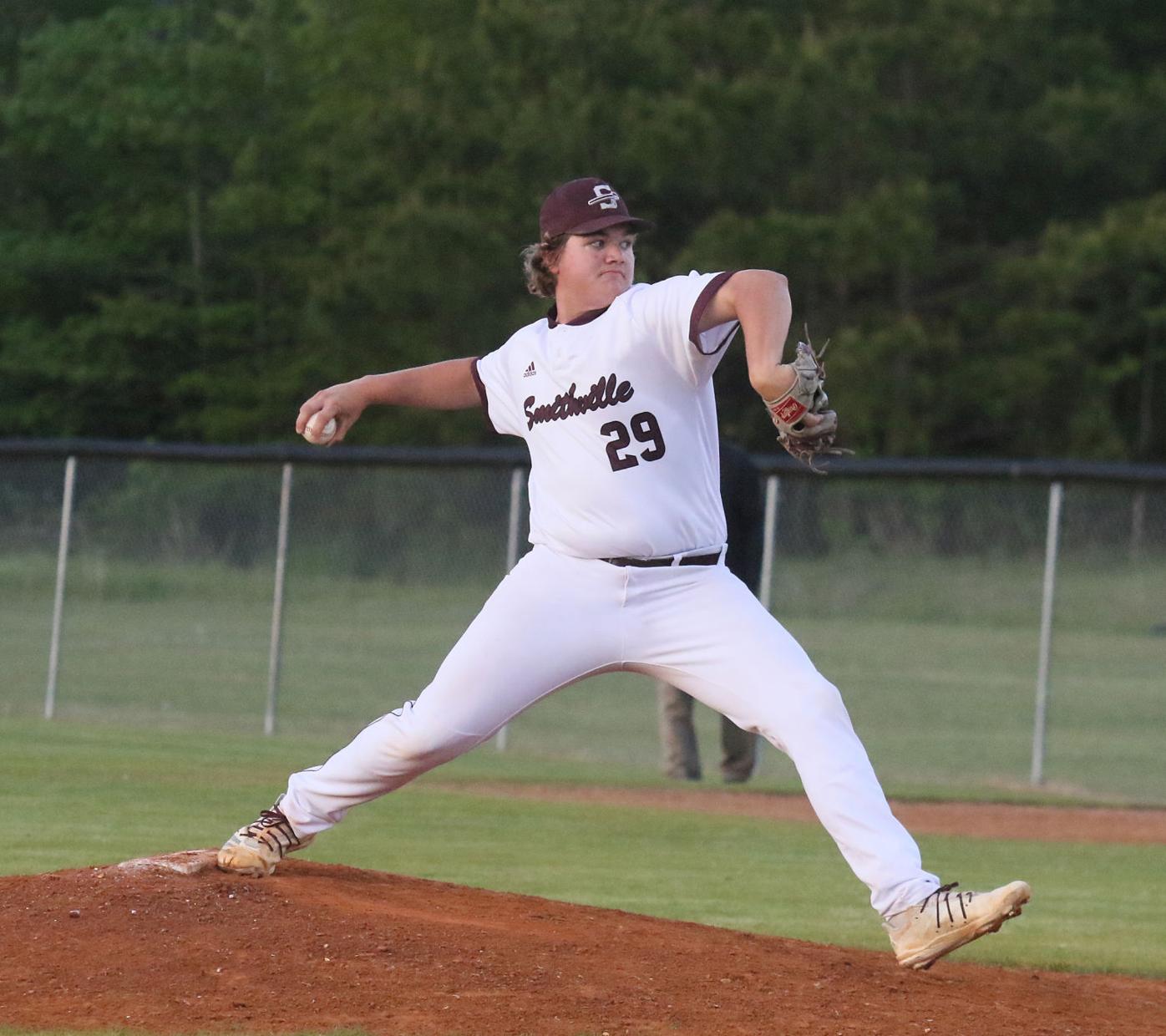 Smithville's Remington Dabbs went 6 2/3 innings and allowed two earned runs on four hits, walked three and struck out seven in picking up the win over IAHS on Thursday. 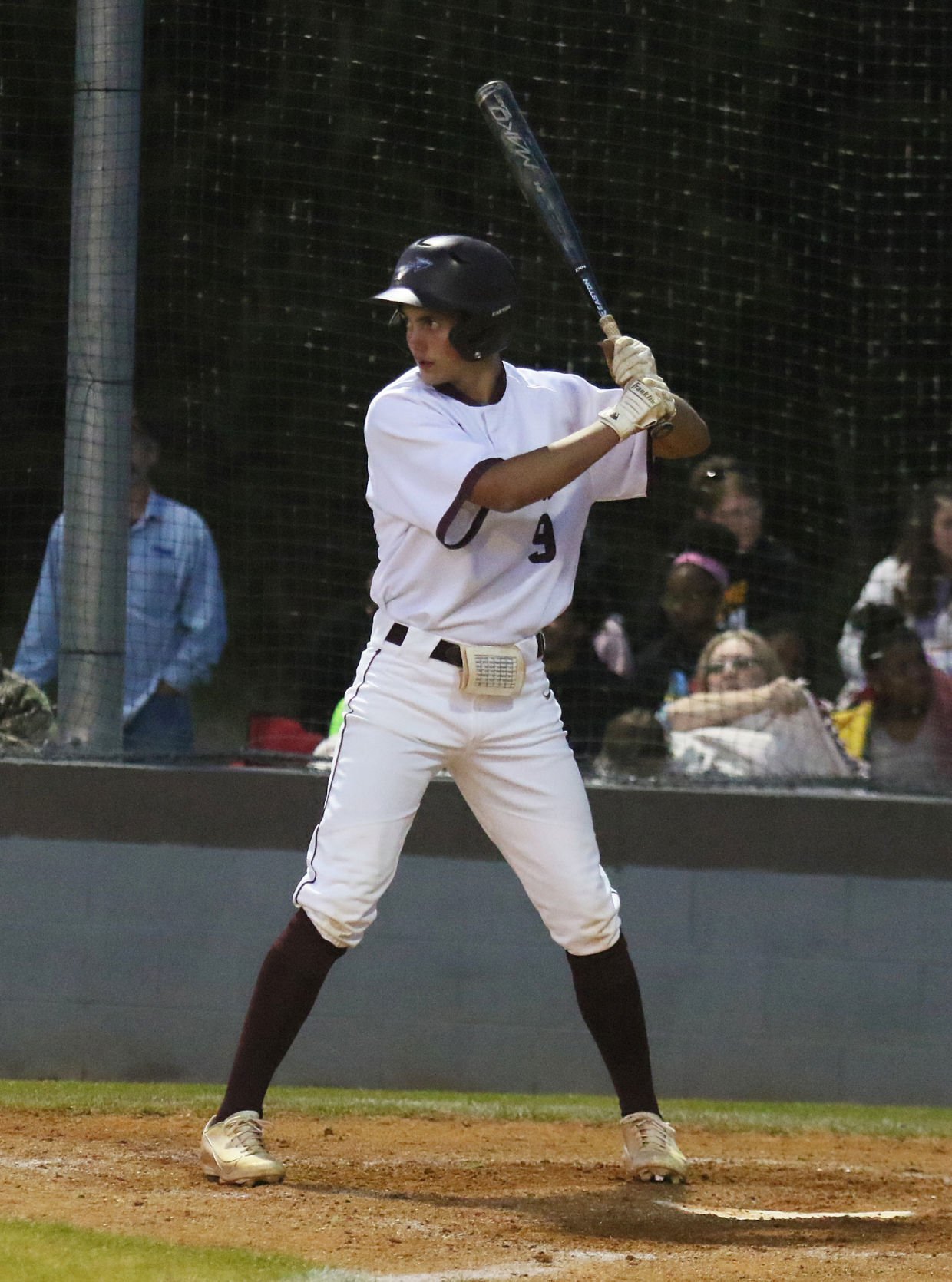 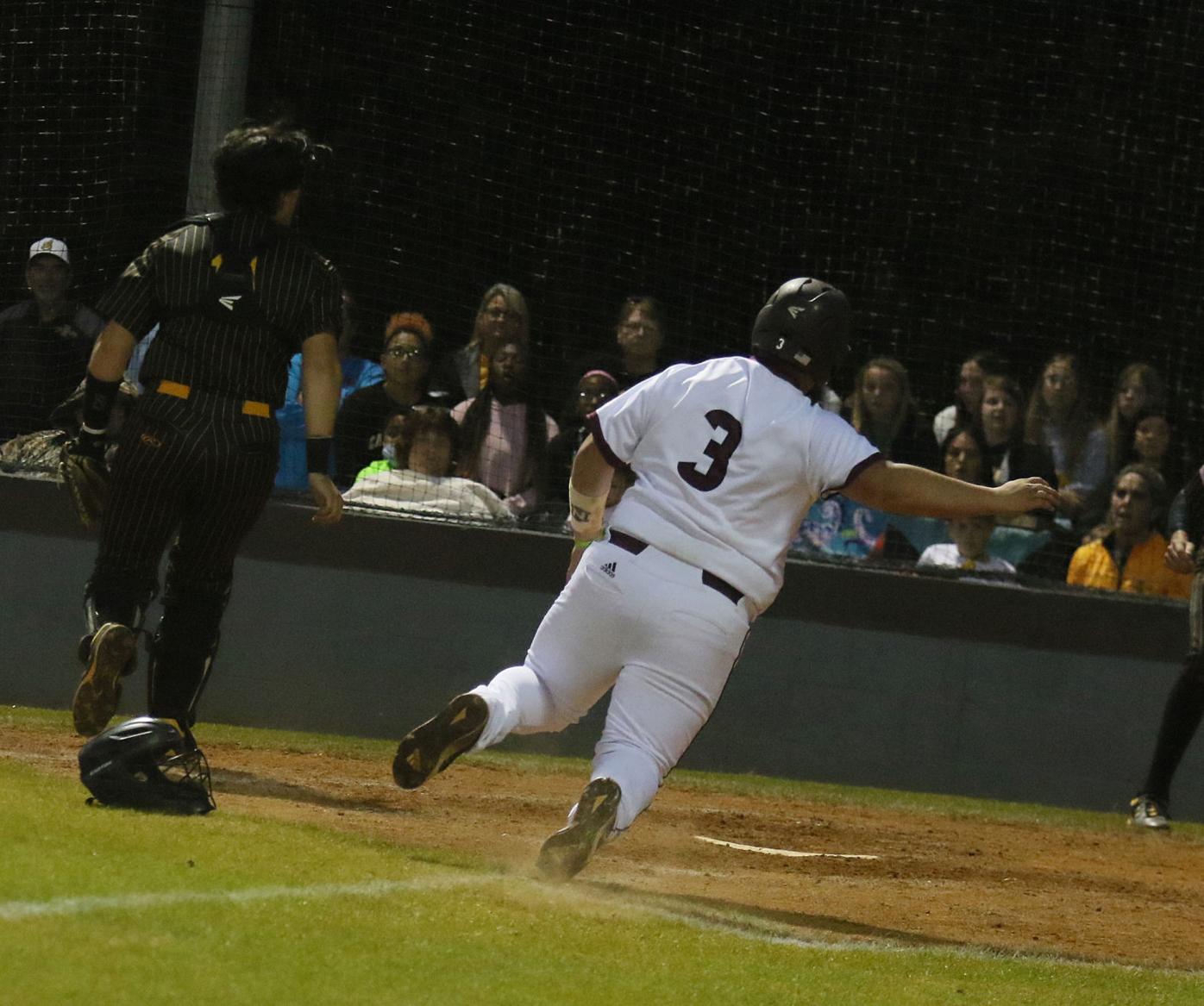 Smithville's Drew Gideon goes into home plate to score in the fourth inning. 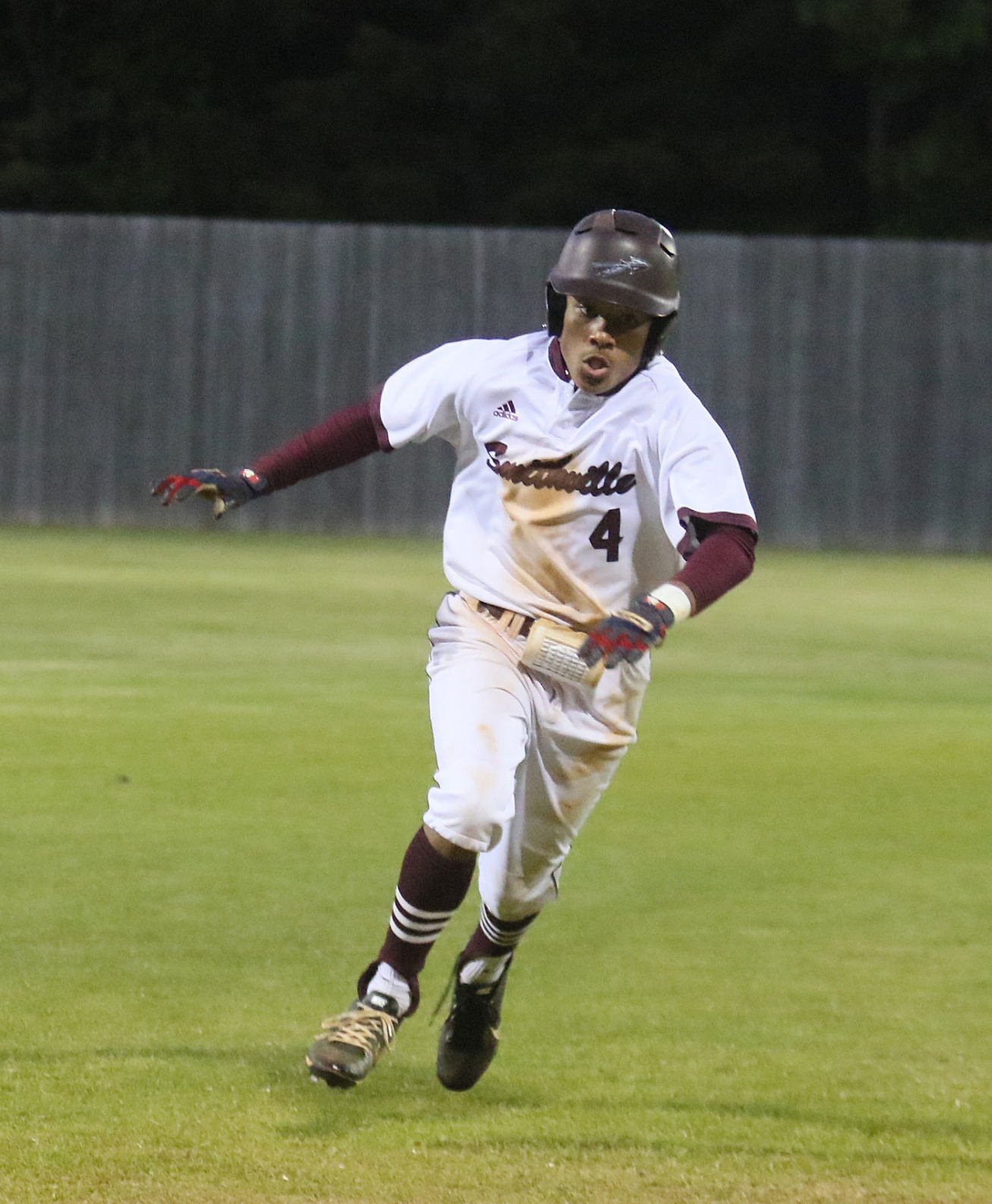 Smithville's Seth Young rounds the bases before scoring a run against IAHS. 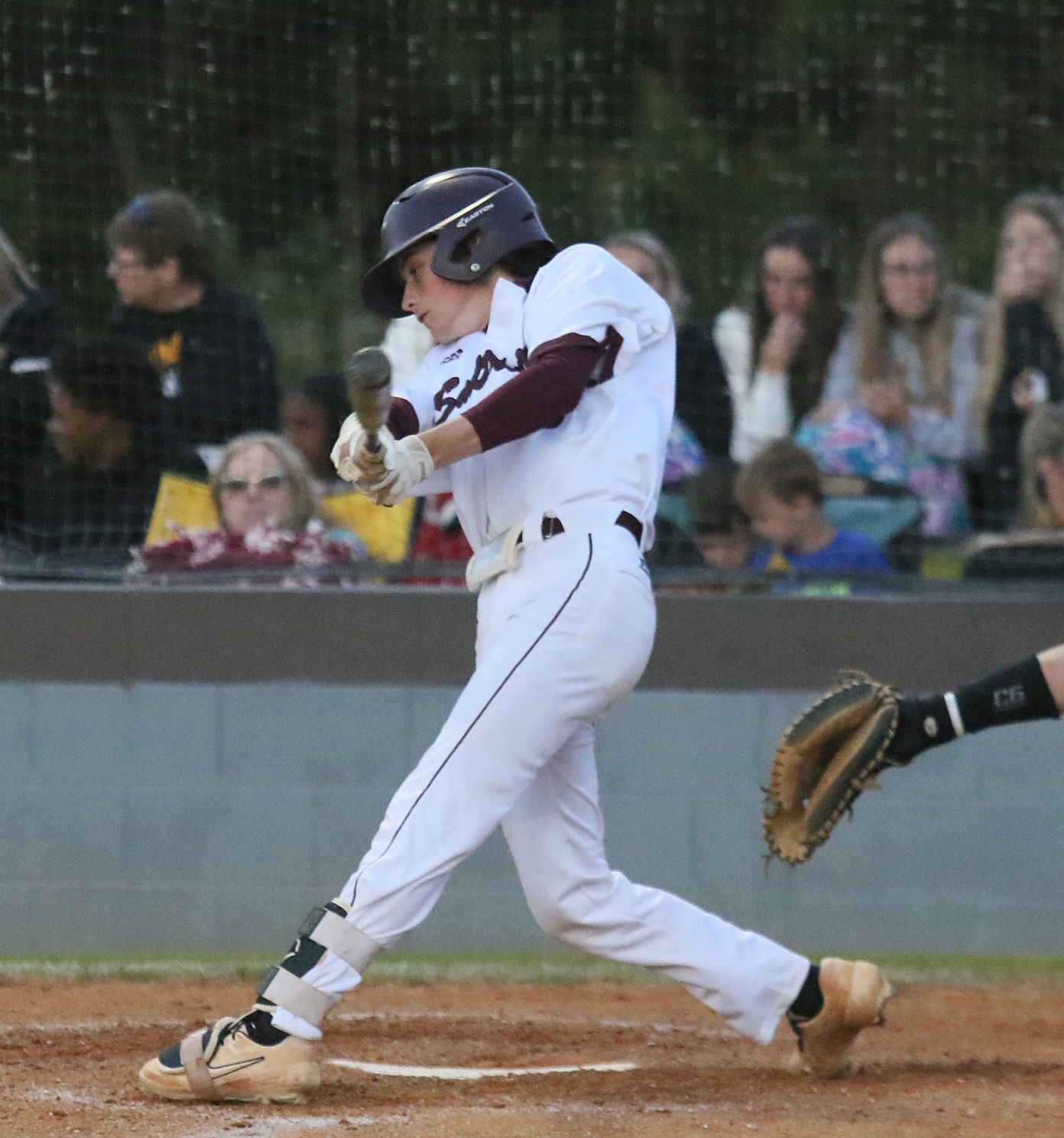 Smithville's Remington Dabbs went 6 2/3 innings and allowed two earned runs on four hits, walked three and struck out seven in picking up the win over IAHS on Thursday.

Smithville's Drew Gideon goes into home plate to score in the fourth inning.

Smithville's Seth Young rounds the bases before scoring a run against IAHS.

SMITHVILLE – The Smithville Seminoles had key hits in a four-run fourth inning and got another strong start on the mound from Remington Dabbs to down their Highway 25 rival Itawamba AHS with a 6-3 win on Thursday night.

“This is big for us to get this kind of win right here,” Smithville coach John Harris said. “We have been down with our hitting and in general, so it was good for us to get a win over a good team. They are a good team, and Coach (Steve) Kerr always does a great job with them.”

The Noles took a 2-0 lead in the bottom of the second inning, sending their last six batters to the plate. Dabbs started it off by reaching on an error, and Dayton Hipps put down a sacrifice bunt to move courtesy runner Lane O’Brian to second.

Seth Young reached on a bunt single to put runners on the corners, and Peyton Nanney came through with the first big hit of the night, an RBI single to center, moving up to second on the throw in. Drew Gideon’s groundout to short brought home Young for the 2-0 lead.

IAHS tied the game in the third with two hits, a walk and a hit by pitch, but Dabbs got a big strikeout to strand the bases loaded and keep the game tied.

Smithville broke through again and sent all nine to the plate with four runs in the bottom of the fourth.

Dabbs once again reached on an error in the infield, and Hipps singled up the middle to get the first two on. Young reached on a fielder’s choice where all the runners were safe, and Nanney made them pay again, smoking a two-run double for the lead.

Drew Gideon lined an RBI single into center field to make it 5-2, and Presley Keebler drove a double over the center fielder’s head to drive in the final run.

“We had some big hits when we needed them, and we hadn’t been doing that,” Harris said. “That’s what we have been talking about is that when we get people in those situations, we need that. It was big for us tonight, and if we do those things, we have the opportunity to beat some folks.”

Dabbs worked around a baserunner in the fifth and sixth innings, getting a pair of strikeouts to get out of the sixth, but the Indians cashed in with a run in the seventh inning and threatened for more.

With one out, Stone Collier was hit by a pitch, and with two outs, a runner reached on an pair of errors that allowed a run to come home.

Nanney came on in relief and got the final out on a fly ball to Hipps in center.

“Remington did a great job for us tonight,” Harris said. “He pounded the zone, had a lot of confidence and went after it. I’m really proud of him and the effort he gave. He’s stepped up, and he wants the ball. He comes at us all the time and wants to be the guy. He’s taken that role and I’m so very proud of him and where he’s come this year. He’s been big for us.”

The Seminoles will open the first round of the playoffs against Hickory Flat, traveling there on Thursday before hosting on Friday.