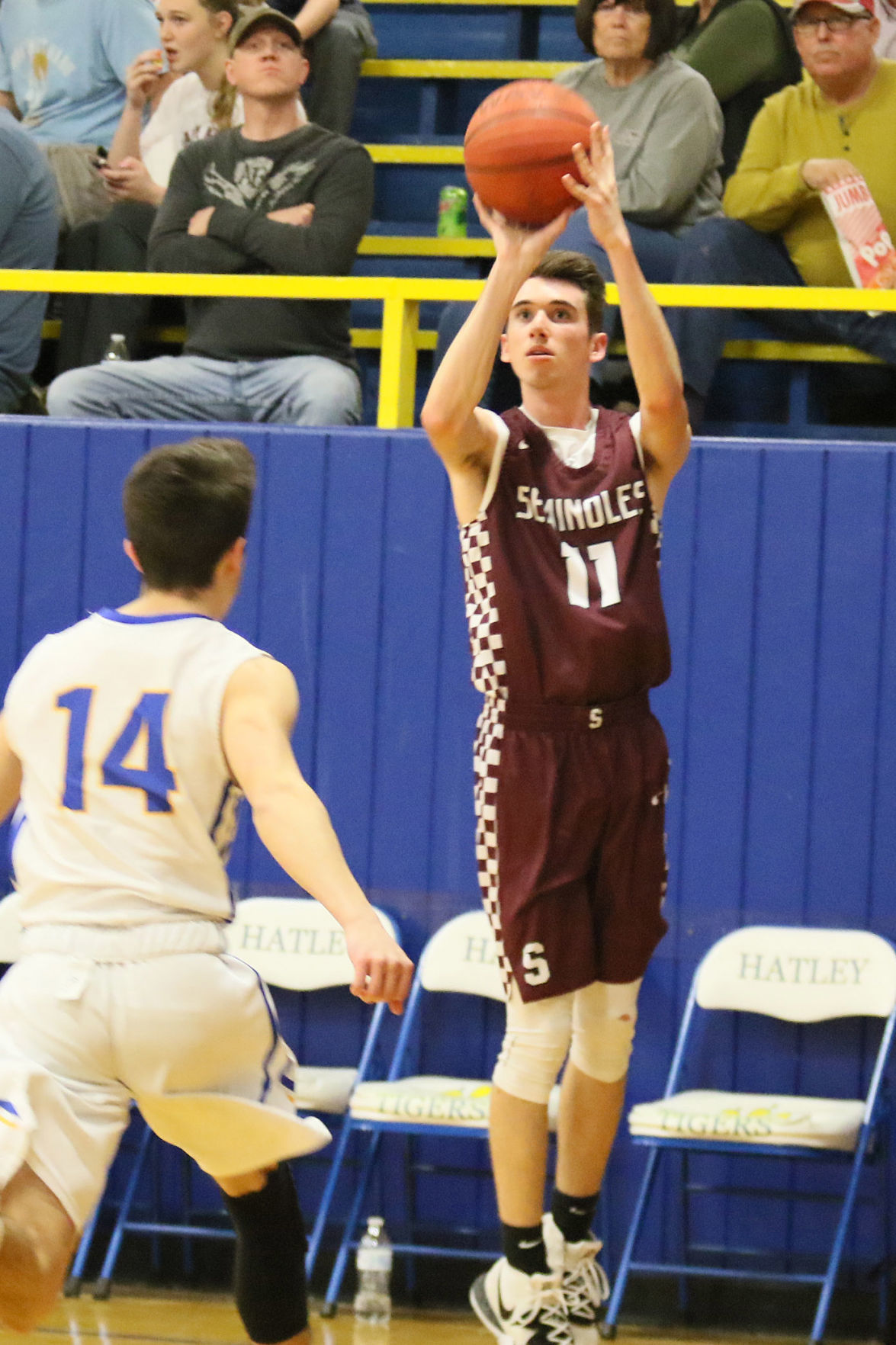 Smithville’s Mason Blair puts up a three-point shot in the first quarter against Hatley last Tuesday. Blair finisehd with 12 points. 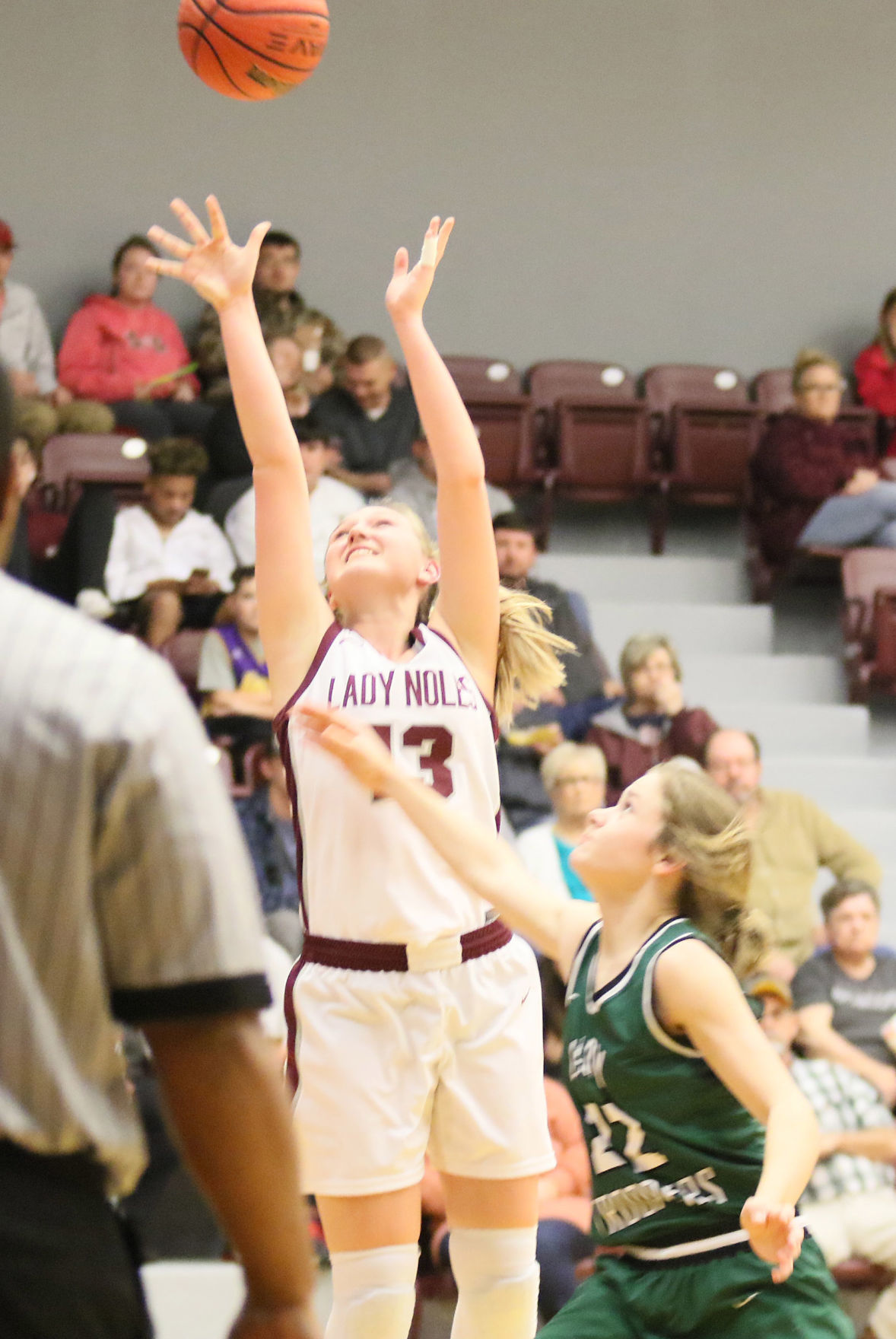 Smithville’s Carli Cole puts up a basket over a Mooreville defender in the third quarter. 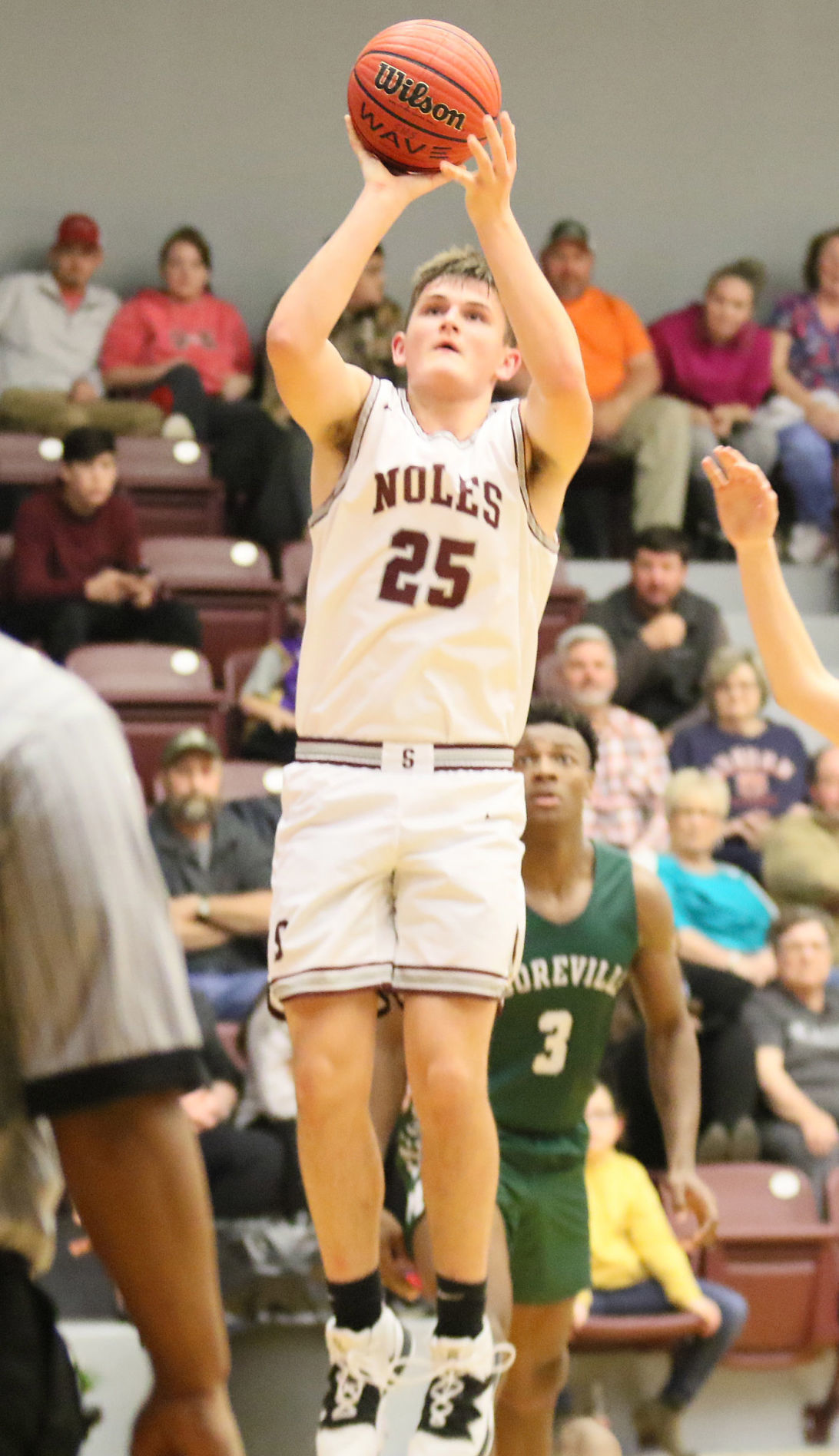 Smithville's Chandler Woodham puts up a jumper in the third quarter against Mooreville. Woodham scored 13 points against the Troopers. 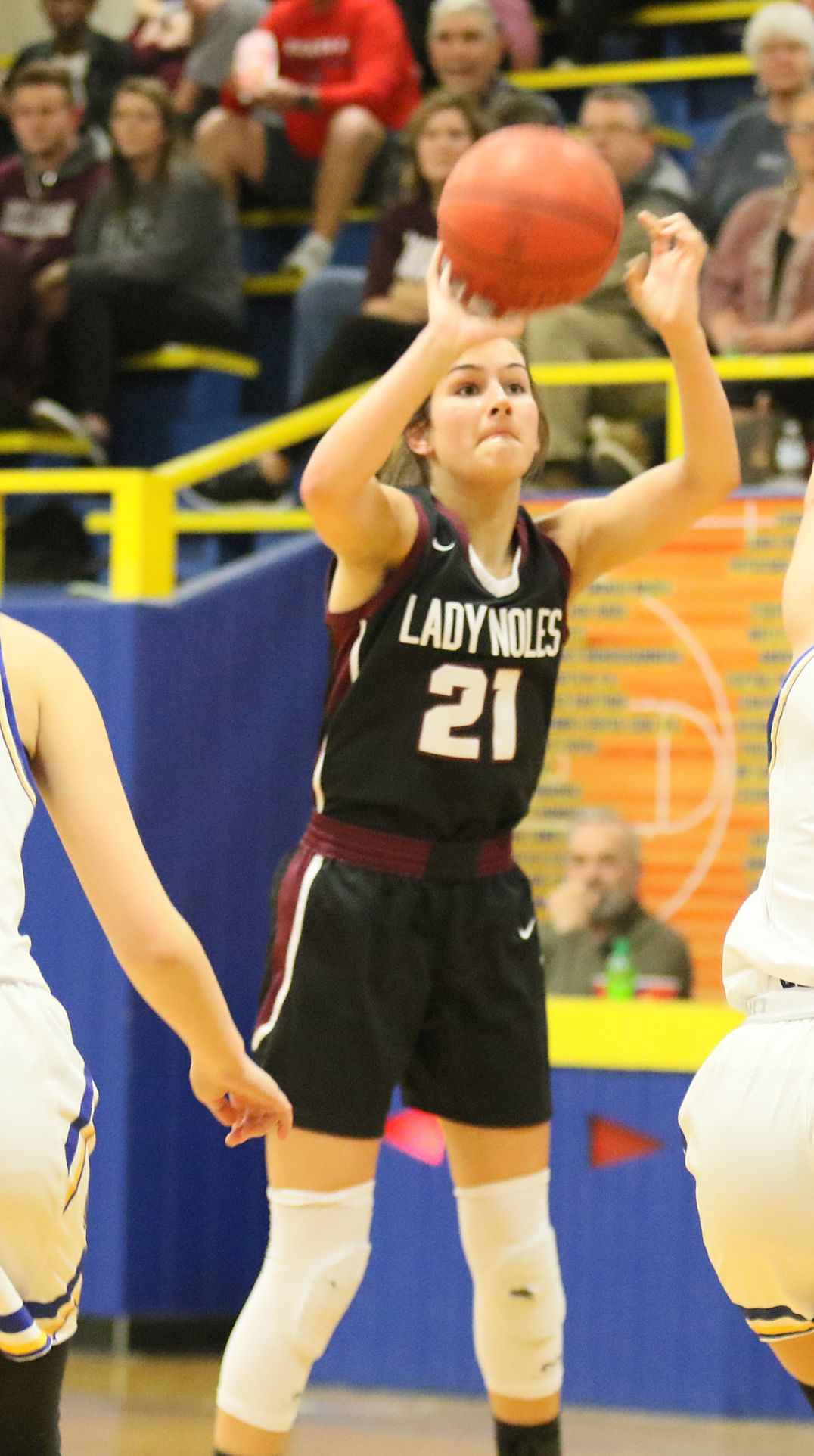 Smithville's Chloe Summerford puts up a three-point shot in the second quarter against Hatley last Tuesday.

Smithville’s Mason Blair puts up a three-point shot in the first quarter against Hatley last Tuesday. Blair finisehd with 12 points.

Smithville’s Carli Cole puts up a basket over a Mooreville defender in the third quarter.

Smithville's Chandler Woodham puts up a jumper in the third quarter against Mooreville. Woodham scored 13 points against the Troopers.

Smithville's Chloe Summerford puts up a three-point shot in the second quarter against Hatley last Tuesday.

HATLEY – The Smithville Seminoles started out hot, cooled off in the second quarter but held it together in the second half to come away with their second-straight win, 64-49, over their rival Hatley to sweep the season series between the two teams.

“We started out hot, and then we just weren’t making shots and weren’t rotating on defense,” Smithville coach Nick Coln said. “Things happened tonight that hadn’t happened all year, and why it had to be tonight, I don’t know, but I would rather it be tonight than next week (in the division tournament).”

The Seminoles came out shooting with Mason Blair hitting the first two treys of the game, and Brian Coxey following him with one for a 9-0 lead. Brody Bickerstaff got Hatley on the board, but Smithville led 16-2 early after five straight points from Chandler Woodham. Markhel Hunt and Dylan Denton got Hatley back into it, trailing by nine at 16-7 to end the first.

Blake Williams pushed the lead back to 12 to open the second quarter before Nick Washington, Denton and Hunt combined for a 7-0 run. Aden Casey ended Smithville’s drought, but Washington and Keller Wren answered him with back-to-back buckets. Luke Moffett sank a three to make it a two-point game, and Blair countered with five straight points for the Noles. Moffett put in a late layup to cut Smithville’s lead to 28-23 at the half.

Woodham and Williams extended their lead to seven twice early in the third, but Moffett answered each time for Hatley. Khirei Standifer hit a three and then a free throw to push it back to 39-31, and Coxey and Octavion Miller sank three-pointers to start to widen the gap.

“We went man-to-man and started stopping some of their stuff they were getting in the middle. Offensively, we started making some shots,” Coln said. “I don’t think we got going all night, and we were sort of just here. I don’t really understand that with it being a rivalry and Senior Night for them, so we knew they would be amped up to play. At the end of the day though, it’s a W, and I’m good with it.”

Denton and Washington cut it to nine for Hatley before Coxey scored the next five points to put the game out of reach. Each team emptied their bench, and Jacob Morris and Landon McMellon for Smithville and Logan Renfro for Hatley made late scoring contributions.

Coxey’s 13 points were tops for Smithville as Blair with 12 and Woodham with 11 were right behind him. Denton and Moffett scored 11 each to lead the Tigers.

(G) Mooreville 47, Smithville 44: The Lady Noles grabbed the lead in the third quarter before seeing Mooreville come back again in the fourth for the win.

Carli Cole and Orlandria Smith staked Smithville to a 4-0 lead to start the game, but Mooreville led during much of the first half. Chloe Summerford got them to within three late in the first and Smith did the same in the second, but the Lady Troopers answered both times and carried a 23-17 advantage into the break.

Summerford and Smith sank back-to-back threes to open the third, and that sparked an 11-0 run that included eight points from Smith to get the lead. Kylie Faulkner, Cole, Emma Long and Hannah Ray helped stake the Lady Noles to as much as a seven-point lead before Mooreville cut it to three to end the quarter.

The Lady Troopers outscored the Lady Noles 12-5 in the final quarter to grab the win. Smith led all scorers with her 27 points.

(B) Mooreville 64, Smithville 59: The Seminoles, too, led early before a second-quarter run by Mooreville. Smithville took the lead with an 8-0 run to close the first quarter with scoring by Chandler Woodham, Khirei Standifer and Blake Williams, but the Troopers had their run midway through the second.

The Troopers were able to open that to double digits in the third before the Noles fought back in the fourth to get within striking distance. Woodham and Mason Blair were able to cut it to single digits early in the quarter before three-pointers from Blair and Brian Coxey late in the game got them to within three before Mooreville sealed its win from the free-throw line.

Blair and Standifer tied as the Noles’ leading scorers with 17 points each. Woodham added 13 points.