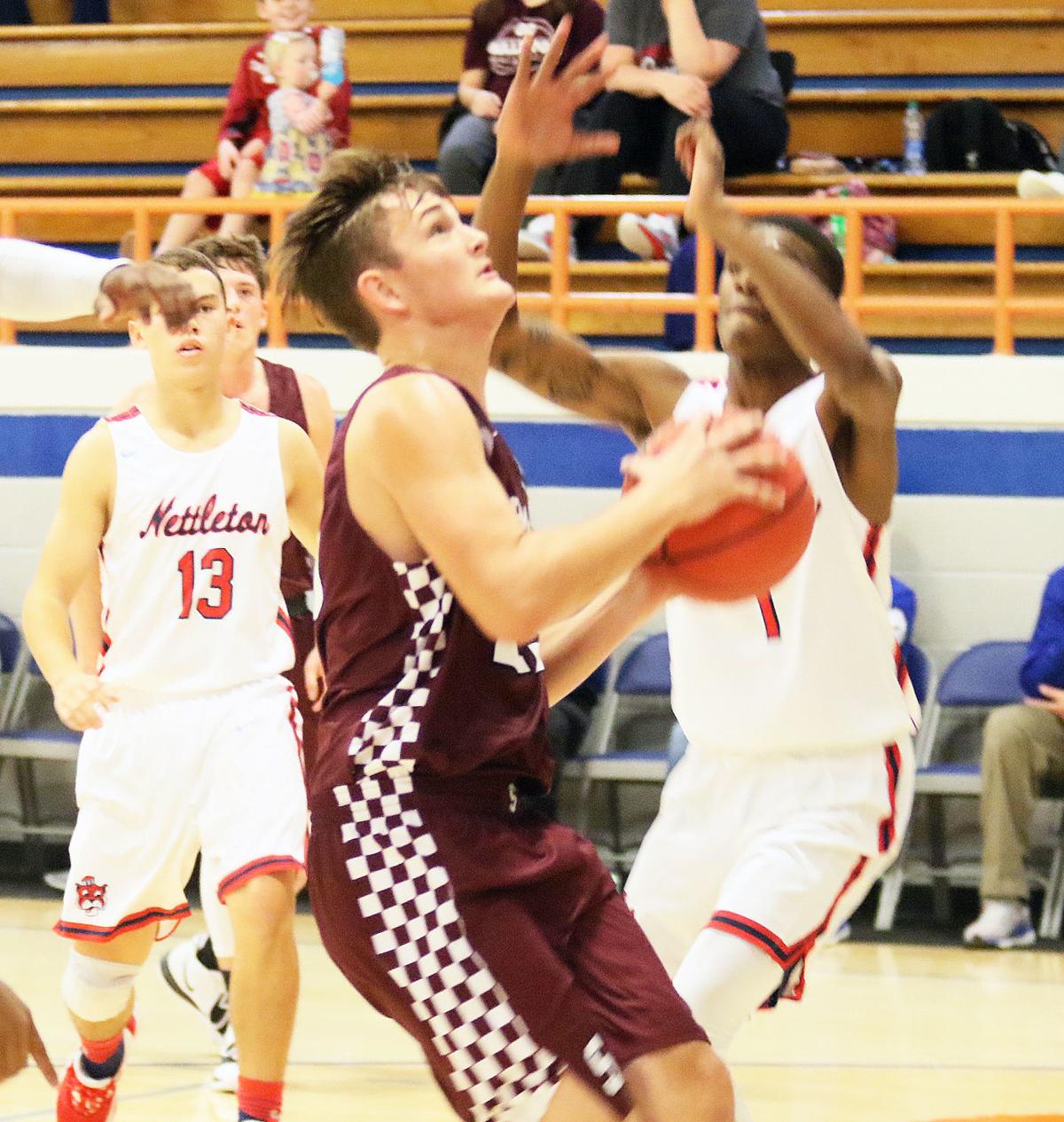 Smithville’s Chandler Woodham had the game-winning layup and free throw with two seconds to go and finished with 13 points off the bench in the win over Nettleton last Monday afternoon. 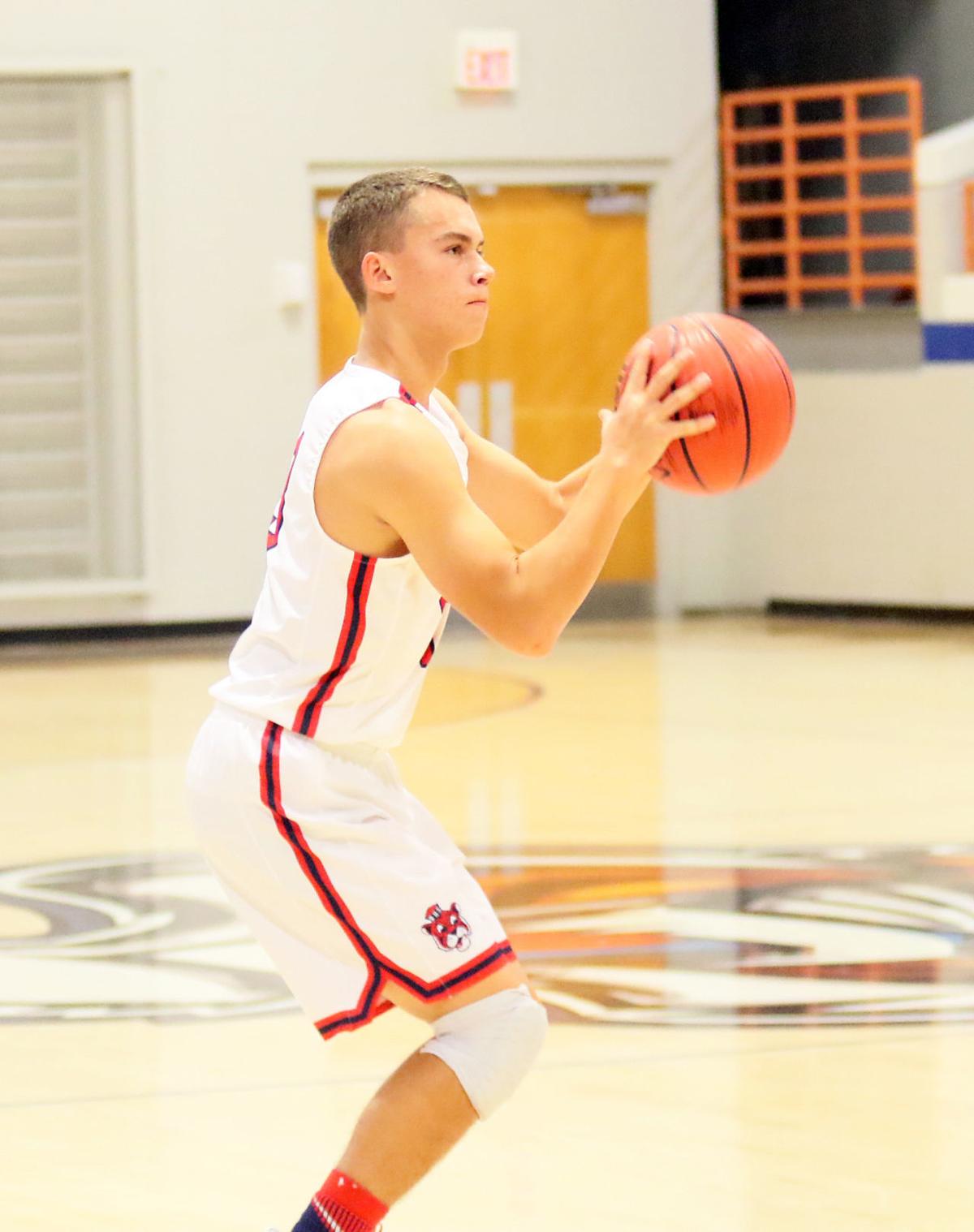 Nettleton’s Graham Gardner shoots a three-pointer in the second quarter. Gardner led all scorers with 16 points. 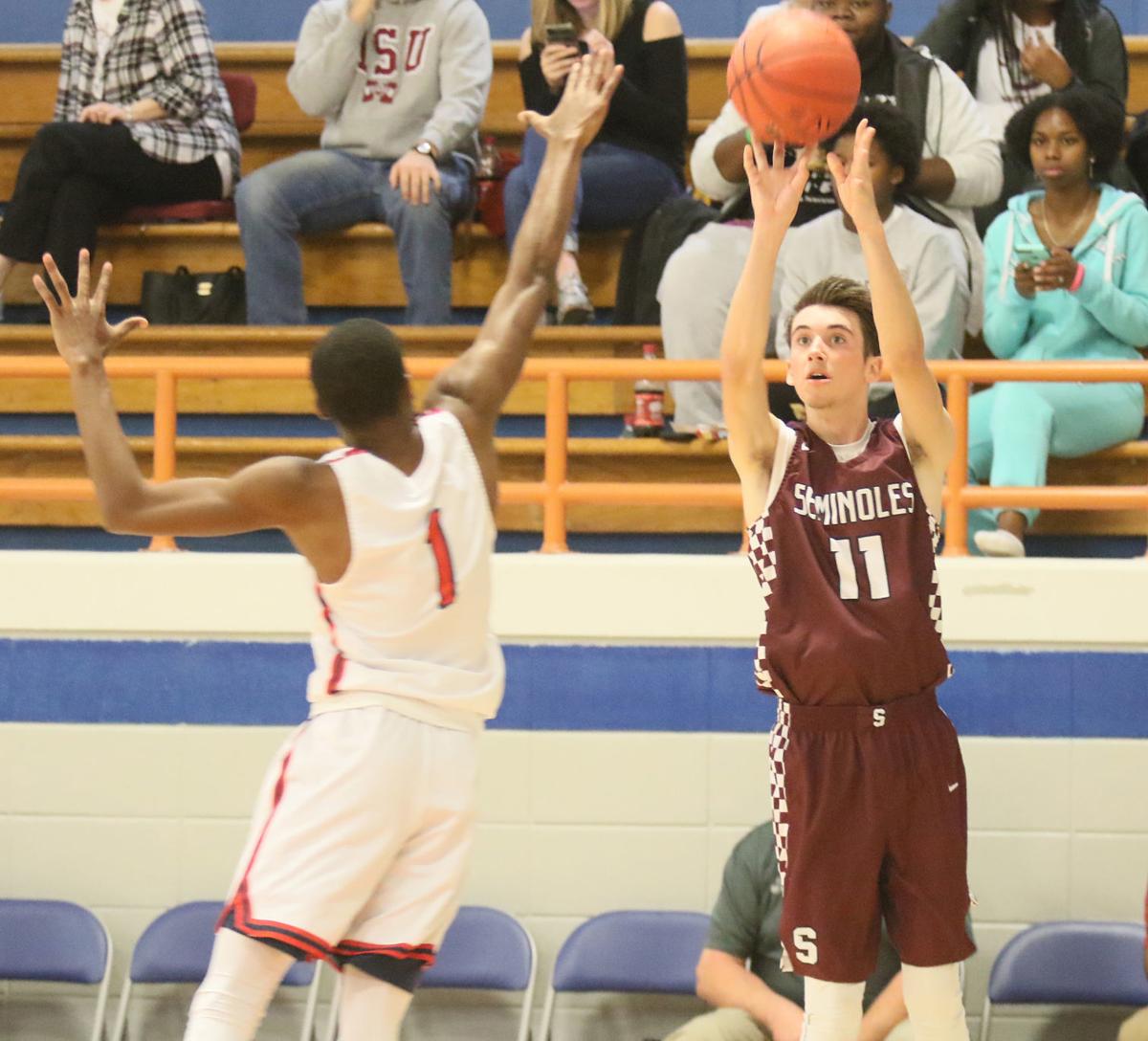 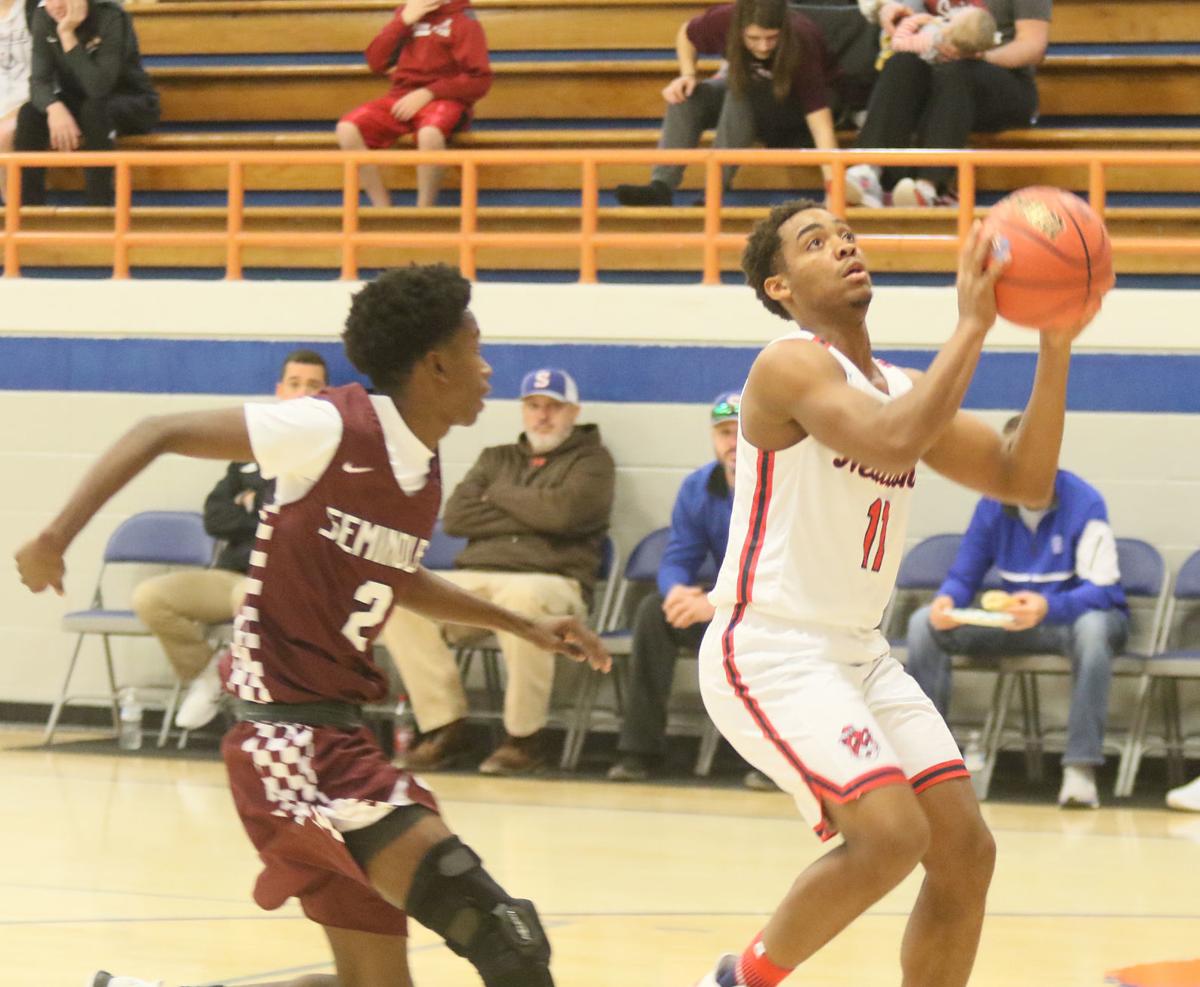 Nettleton's Keandre Johnson goes for a layup early in the game.

Smithville’s Chandler Woodham had the game-winning layup and free throw with two seconds to go and finished with 13 points off the bench in the win over Nettleton last Monday afternoon.

Nettleton’s Graham Gardner shoots a three-pointer in the second quarter. Gardner led all scorers with 16 points.

Nettleton's Keandre Johnson goes for a layup early in the game.

Smithville picked up the 61-59 win over Nettleton last Monday at the Saltillo Shootout, courtesy of Chandler Woodham’s layup and free throw with just two seconds to go.

“Chandler is a sophomore, and he didn’t get to play much last year. He’s been at the football field, and I have had him two weeks. The sky is the limit for him,” Smithville coach Nick Coln said. “He’s hard nosed and that guy that’s not going to say much but just do what he does. We had three starters and then Chandler on the bench early with foul trouble, and we’re just digging to find that next guy to fill the role. I’m really proud of them today to finish off that game.”

Khieri Standifer started out the scoring with a three-point play, and Nettleton was only able to get to within one three different times, once by Keandre Johnson and twice by Jaylon Betts.

Standifer and Aden Casey had back-to-back buckets to end the first for a 12-7 Seminoles advantage.

Jacorrin Moore made a layup, and Keylin Ruff added a free throw to cut it to two to open the second before Mason Blair extended Smithville’s lead with a three-pointer. Graham Gardner hit a pair of threes to get Nettleton back to within two, but each time Smithville answered, first by Nash Heady, then with another Blair three.

Ruff and Dedrick Johnson gave Nettleton its first lead with 3:31 left in the second, and the two teams continued to go back and forth. Brian Coxey put the Noles back up with a pair of free throws, but Nettleton answered with a quick 5-0 run, three of that by Gardner, to go up 27-25. Smithville’s Jacob Morris ended the first half with a buzzer beater three, however, to put the Noles on top 28-27 at the half.

Gardner responded with a three of his own coming out of the break to retake the lead at 30-28. Blair was fouled on a three-point attempt and made all of his free throws to put Smithville back up, and the two teams were tied twice in the third.

Moore made a layup for a 38-36 Nettleton lead with 2:10 left in the quarter, and Johnson and Ruff each put the Tigers up by four. Standifer closed out the third with a pair from the line for the Noles to cut it to two at 42-40 going into the final quarter.

Smithville scored the first four points of the fourth to retake the lead before Johnson and Ruff pushed Nettleton back ahead. The two went back and forth again until Woodham’s basket with 2:44 to go pushed the Noles ahead at 51-50, and he extended that with another one 30 seconds later.

Moore cut it to one, but Woodham answered with the next three points to make it 56-52. Zavian Dilworth drained a three with 1:15 to go to get back to within one, but Blake Williams was fouled on the other end and made both.

Johnson retook the lead for the Tigers with layups on back-to-back trips down the floor, including a go-ahead one with 10 seconds to go to make it 59-58.

Ruff got a block on Smithville’s first attempt to retake the lead with three seconds to go, but Coxey found Woodham on the inbounds pass as he put in the game-winner and added the free throw for insurance.

“We share it really well, probably one of the best teams I have ever coached. And we shoot it well. This year, unlike any other one, we’re averaging five or six three-pointers a game, where as in the past we had 10 or 12,” Coln said. “We have other ways to score, which opens up that three-point shot. Today we were 21 of 27 from the free throw line, and that sealed the game for us late in the fourth.”

Woodham and Blair tied as Smithville’s leading scorers with 13 points each, followed by 12 from Standifer.

“Not one player that they can key on. Khieri runs the team, Brian and Mason can shoot it, and Chandler is inside,” Coln said of the balanced scoring. “Blake is just that hustle guy that’s going to do a little bit of everything, so I have seven guys for sure that I don’t really care who’s on the floor. Then I have a few guys who on the bench who know their role.”

Gardner led all scorers with 16 points for Nettleton, and Johnson finished with 11.