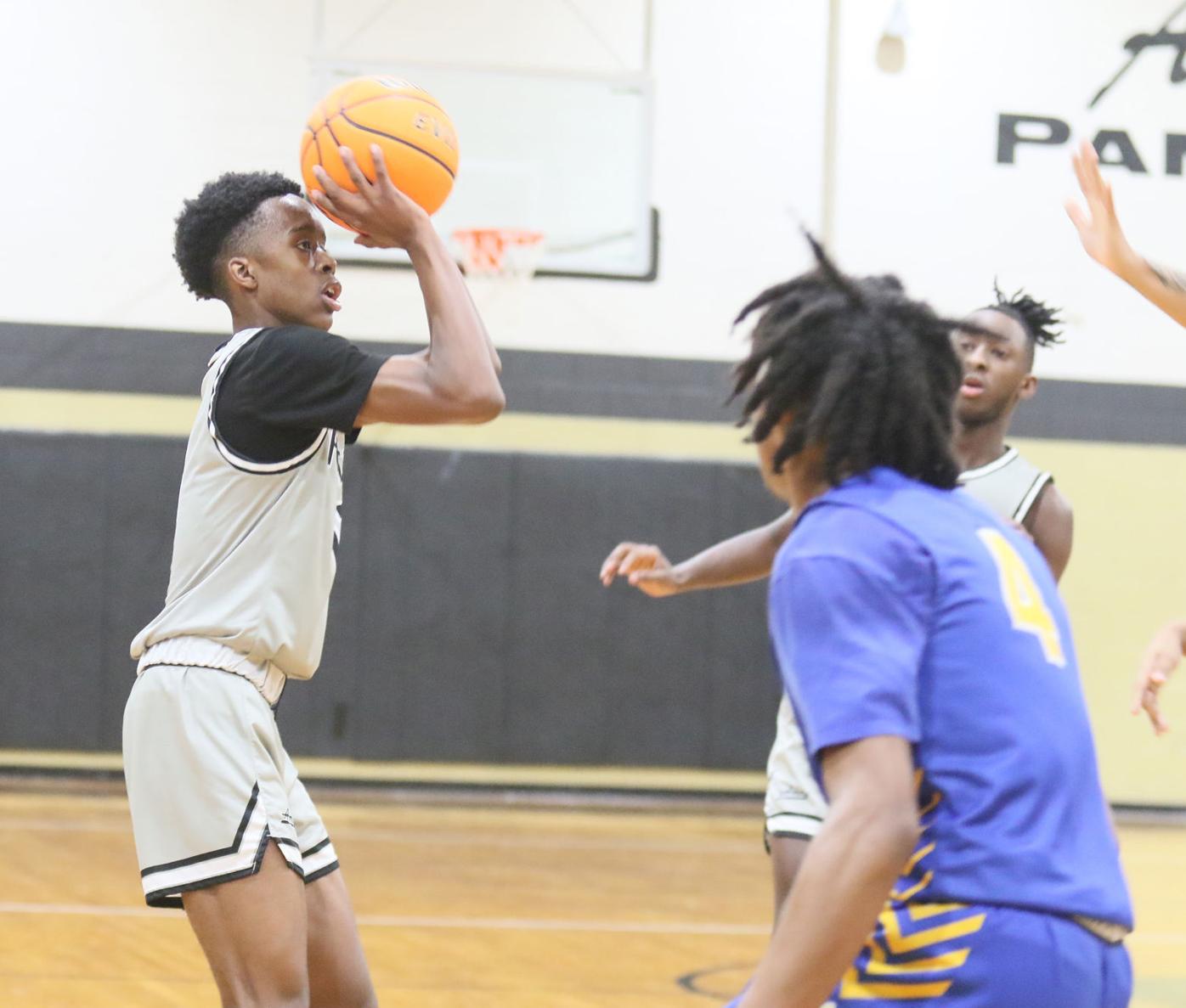 Amory’s Charleston Wallace puts up the Panthers’ only three-pointer of the night in the fourth quarter against Booneville. 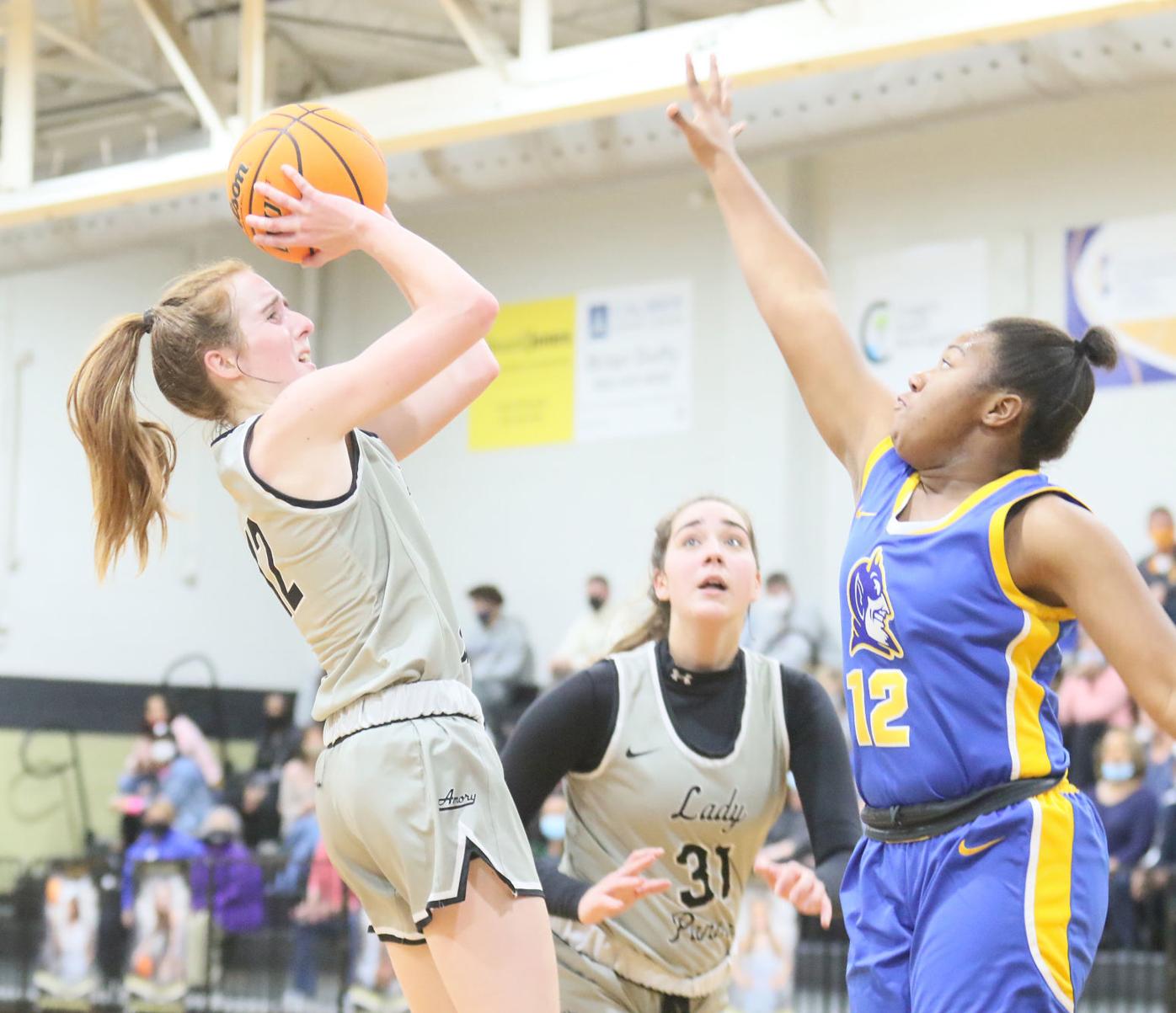 Amory’s Emma Kate Wright shoots over Booneville’s Ikea Eckford. Wright had 8 of her 10 points in the second half. 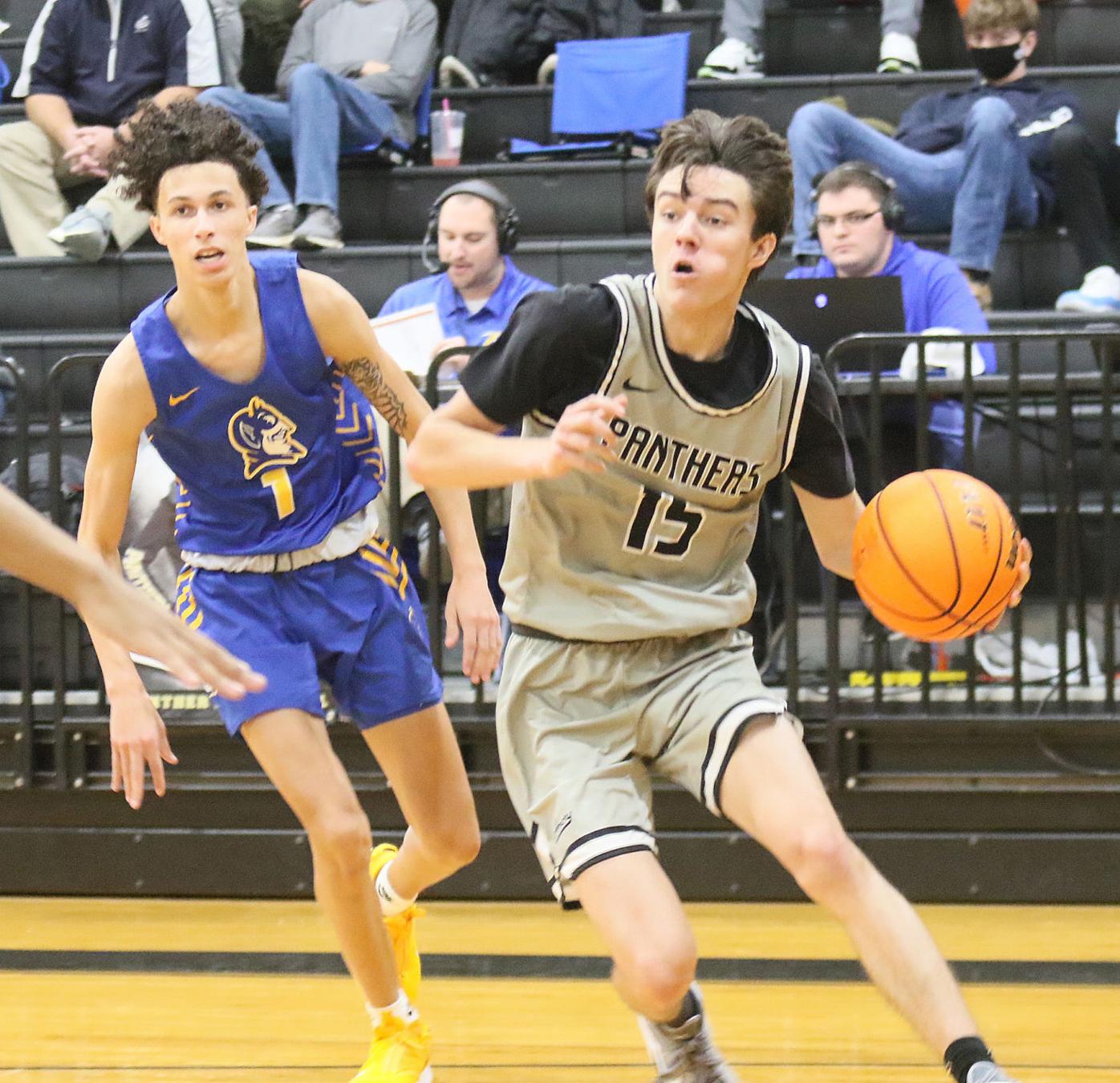 Amory's Drew Keeton drives to the basket to open the fourth quarter against Booneville. 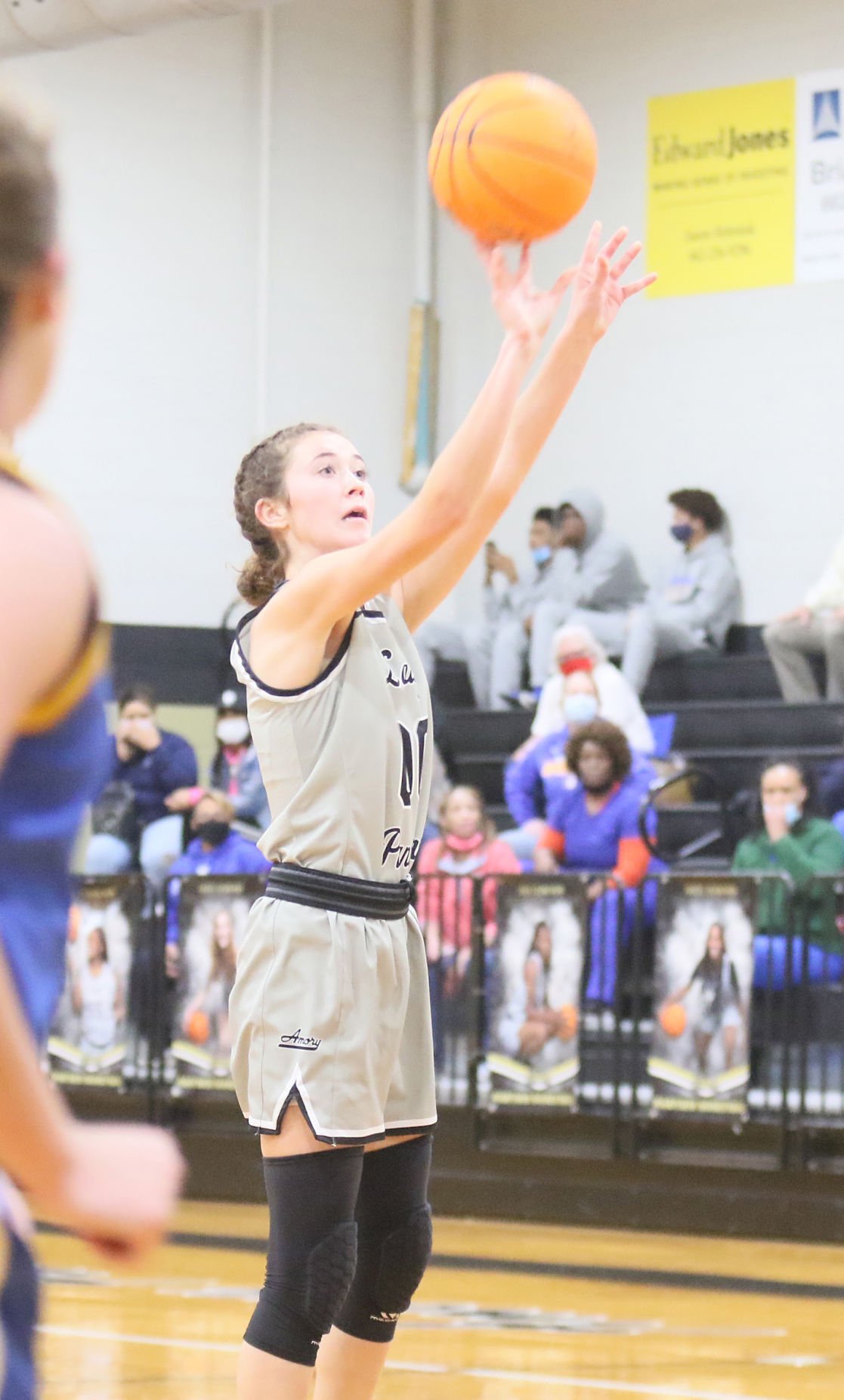 Amory’s Charleston Wallace puts up the Panthers’ only three-pointer of the night in the fourth quarter against Booneville.

Amory’s Emma Kate Wright shoots over Booneville’s Ikea Eckford. Wright had 8 of her 10 points in the second half.

Amory's Drew Keeton drives to the basket to open the fourth quarter against Booneville.

AMORY – Amory couldn’t find its groove offensively in a big Division 1-3A contest, but neither could Booneville as the Panthers came away with the 41-36 win in a defensive battle on Monday night.

“I knew they were a really good team and that it would come down to a few possessions,” Amory coach Brian Pearson said. “I felt like every possession was worth getting crazy for because every stop was going to matter. You knew eventually they were going to hit some shots. I think we kind of caught them on an off night, but honestly they caught us on one too.”

The Blue Devils jumped out to a 4-0 lead before Ladavian Hampton got the Panthers on the board, but Drew Keeton, Jamerison Martin and Kanye Stevenson went on a 5-0 run to close the first quarter with an 11-9 Amory lead.

Charleston Wallace extended that with a bucket to open the second, and Martin made two of his three free throws as he was fouled on a three-point shot to go up 15-9. Booneville scored the next three to cut it to 15-12, and the two teams went on a scoring drought that lasted the final six minutes of the second quarter.

Martin’s layup over a minute into the third finally ended the seven-plus minute drought, but Booneville was quick to respond, sinking a three to cut the lead to two. The Blue Devils tied the game at 17-17 before Gray Thornton and Martin put in back-to-back buckets to regain the lead.

Booneville tied it up again, and Amory answered, this time from Wallace and Hampton to close the quarter with a 25-21 advantage.

Keeton opened the final quarter by taking a backdoor pass from Thornton and putting in a quick layup, and Thornton scored himself a few seconds later for a six-point advantage. Wallace sank Amory’s only three with 3:59 to go for their largest lead at 32-25. Booneville was able to cut that to three, but Keeton answered with 1:35 to go and Martin and Thornton sealed the game with 3 of 4 from the line in the final minutes.

“Guys stepped up, and when we needed to make plays, we made them. It took every one of them,” Pearson said. “It was an opportunity for a big division win, and I’m glad we took care of business and got it tonight. There will be some tough ones down the road.”

Martin was the only Panther in double figures with 13 points to tie Trey McKinney as the game’s leading scorer.

The Lady Panthers took the lead in the third quarter and were able to pull away late to grab another division win.

“We had a lot of people step up,” Amory coach Nathan Newell said. “Jatavia Smith got in some foul trouble, and I sat her in the second quarter and some other girls stepped up. We came back in the third, and our defense turned it up and we never looked back from that.”

Booneville jumped out to an early 5-0 lead before Amory went on a 10-0 run to answer with scoring contributions from Emma Kate Wright, Jillian Cox, Kimiya Parks, Laney Howell and Amaya Trimble. After the Lady Devils tied it up, Trimble’s layup with 36 seconds left put Amory back on top before a pair of Booneville free throws made it 12-12 at the end of the first.

Cox opened the second with a bucket, and Howell and Amiya Robinson also scored in the second, but Booneville took a 24-19 lead into the half.

Robinson’s layup and Wright’s three tied the game to open the third, and Jatavia Smith scored her first points to put Amory back on top midway through. Her three gave the Lady Panthers a 30-27 advantage, and three straight steals led to baskets from Trimble and Robinson and a free throw from Smith to go up 35-29.

The Lady Devils cut that to four to close the second, but Amory’s defense held them to just six points in the final quarter. Smith sank another two three-pointers, Wright added another of her own, and Trimble also scored four points to pull away in the fourth.

Smith led Amory with 12 points, all in the second half. Trimble and Wright each added 10 points.

Good luck pushing into your regular and new routines

Second round of PPP loans opens to eligible businesses