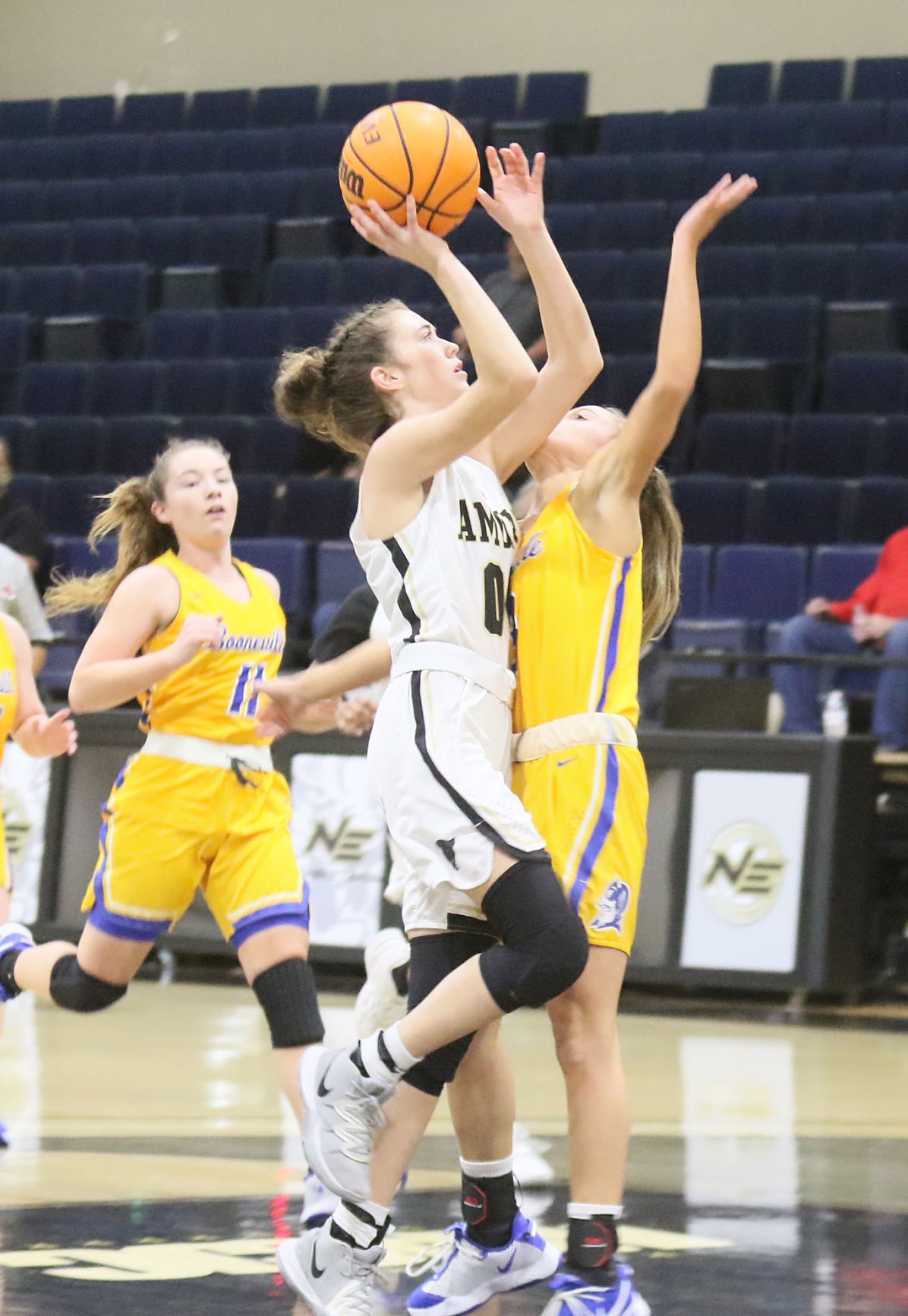 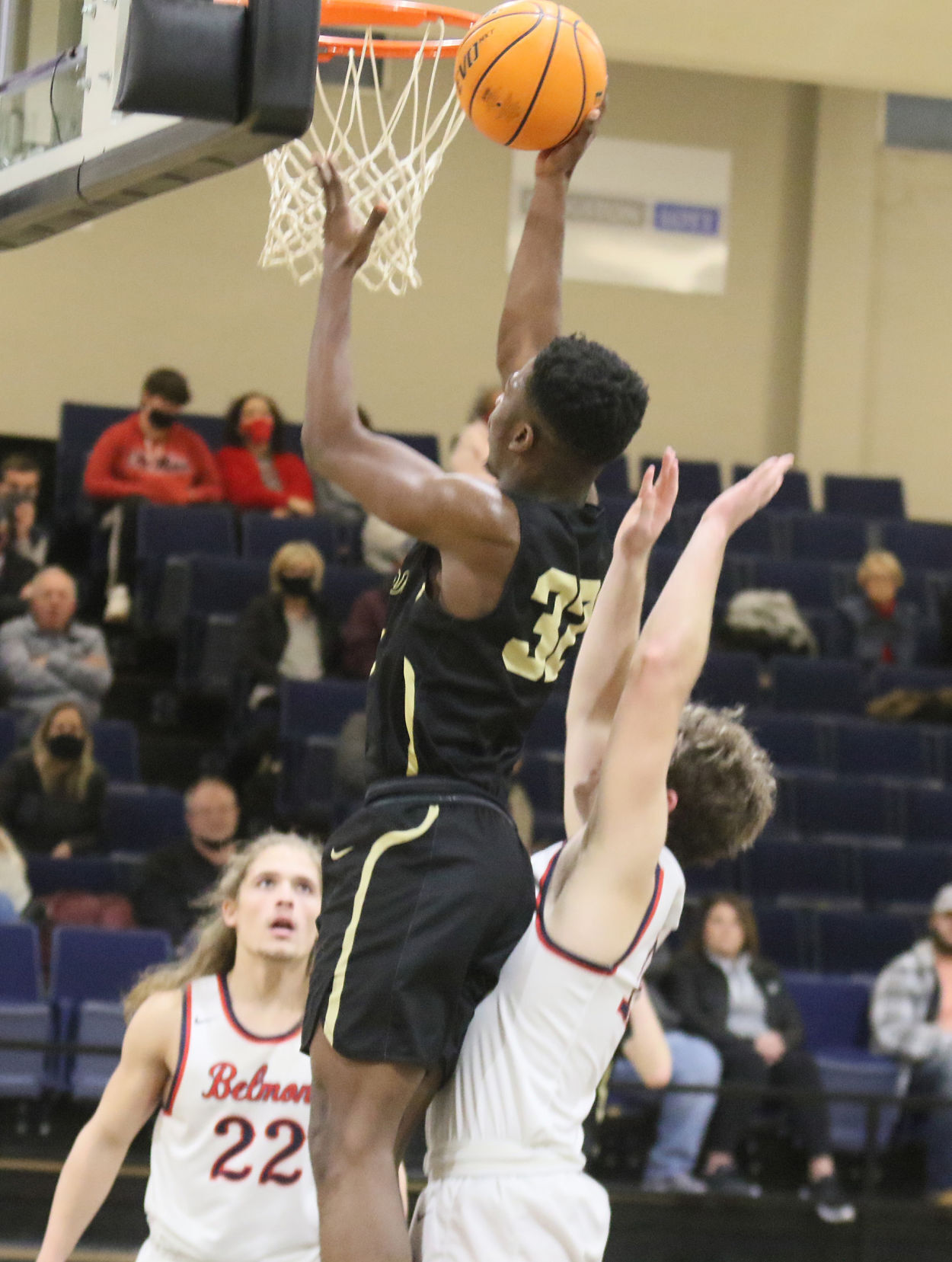 Amory’s Malik White puts in a layup to close the third quarter against Belmont on Friday. 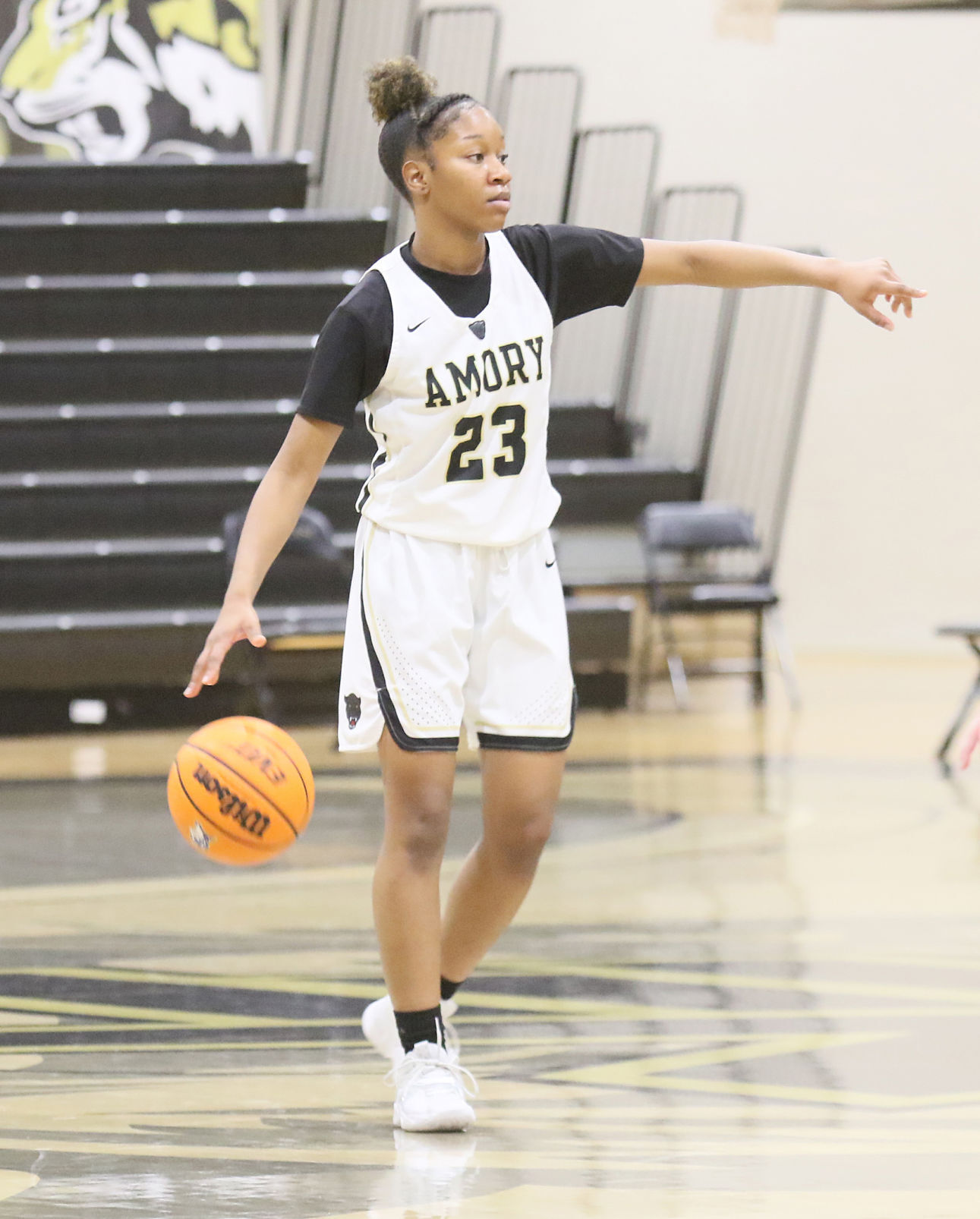 Amory’s Amaya Trimble runs the offense for the Lady Panthers against Booneville on Tuesday. 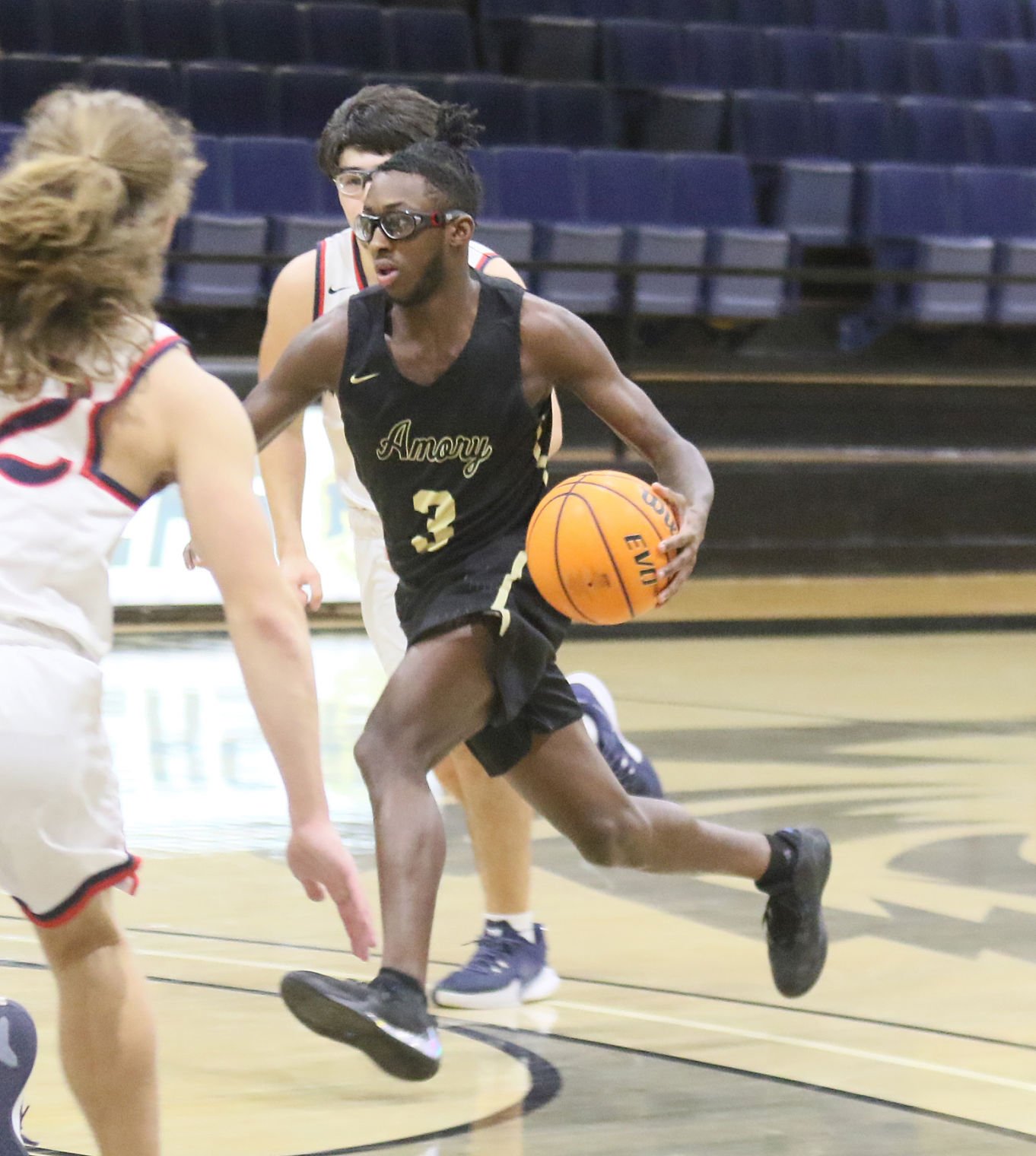 Amory's Jamerison Martin scored 19 points against Nettleton and 10 against Belmont during the division tournament. 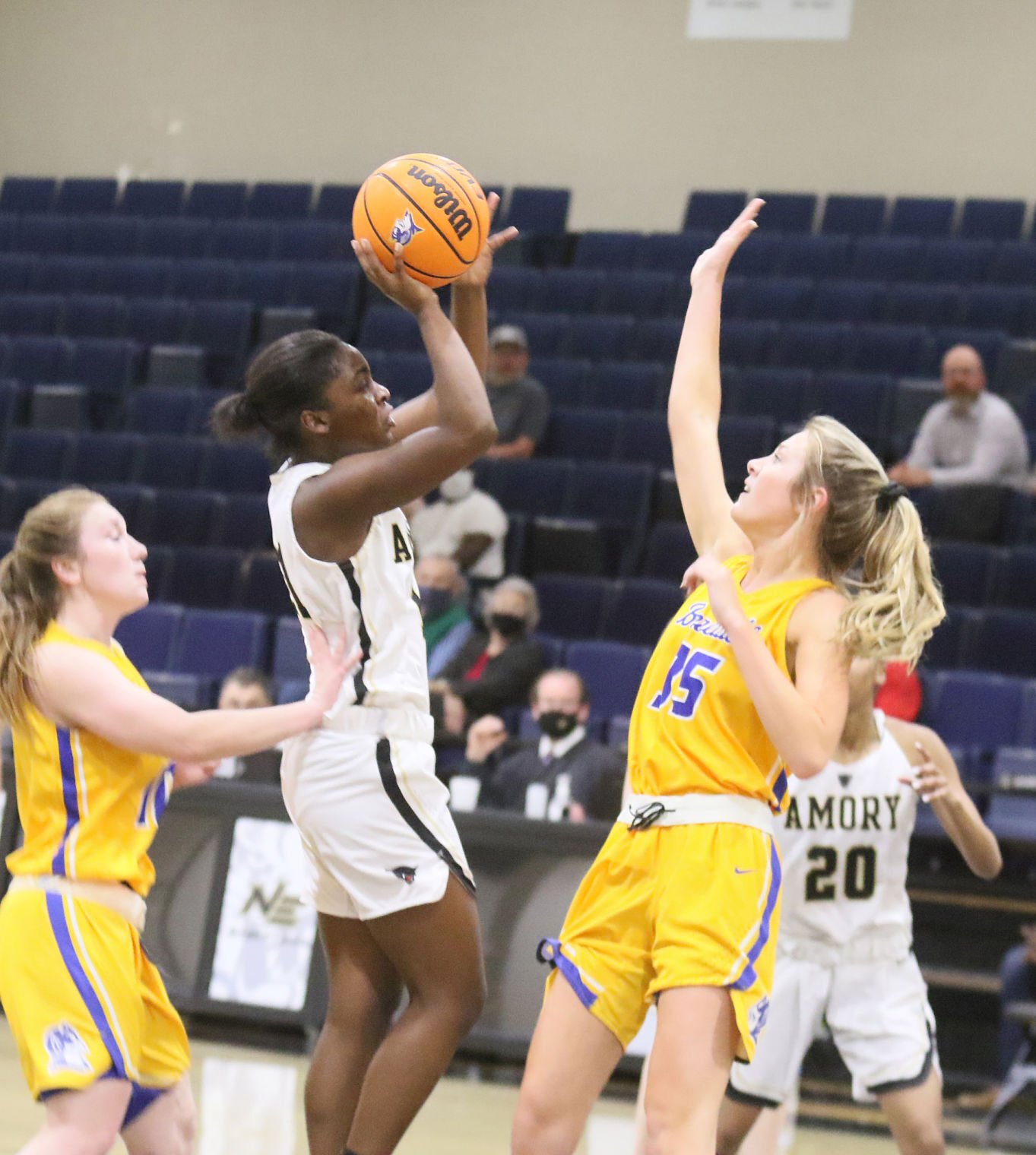 Amory's Jatavia Smith was the leading scorer in all the Lady Panthers' first two games with 15 against Booneville and 23 against Belmont. 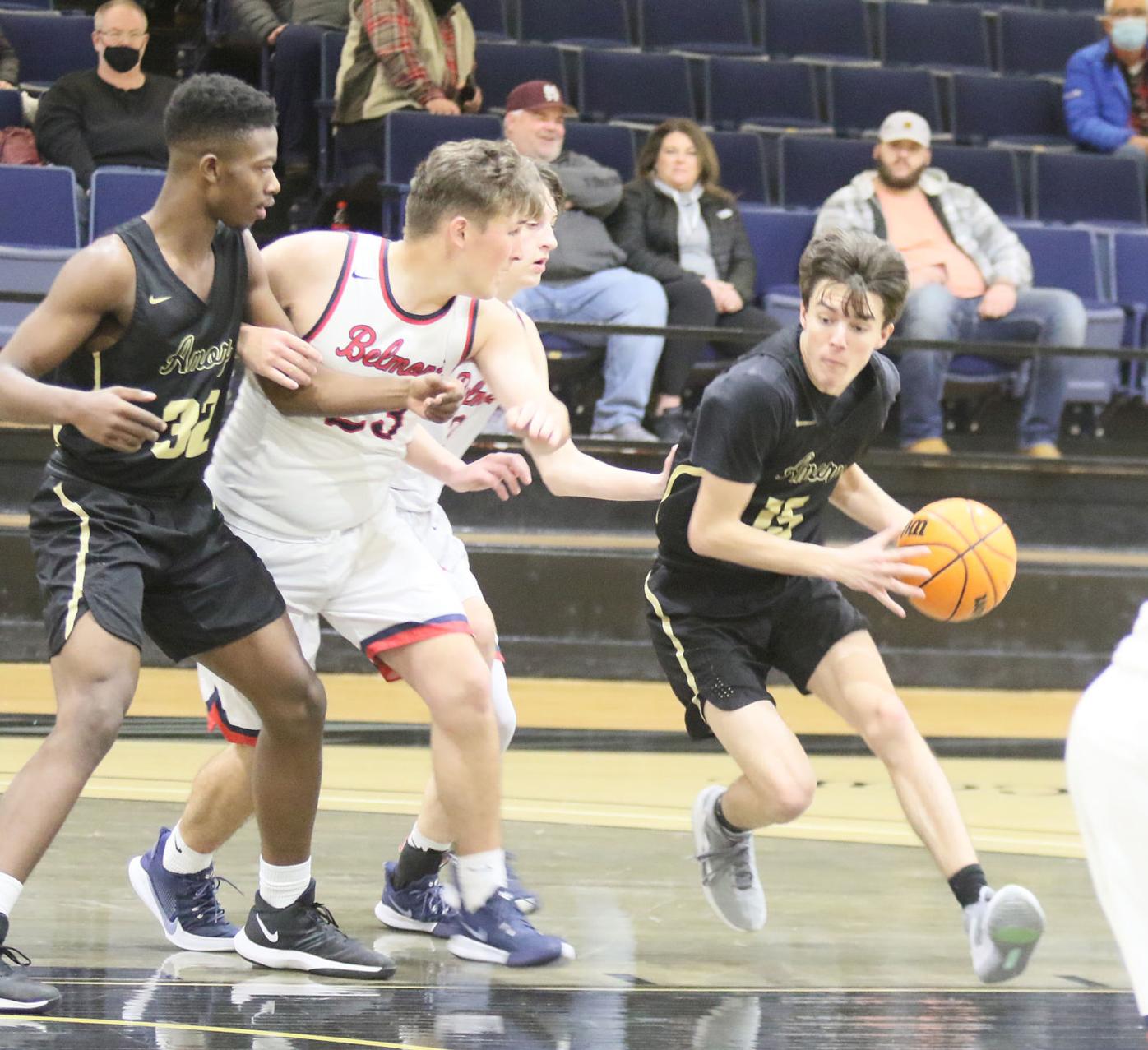 Amory's Drew Keeton drives to the basket against Belmont. 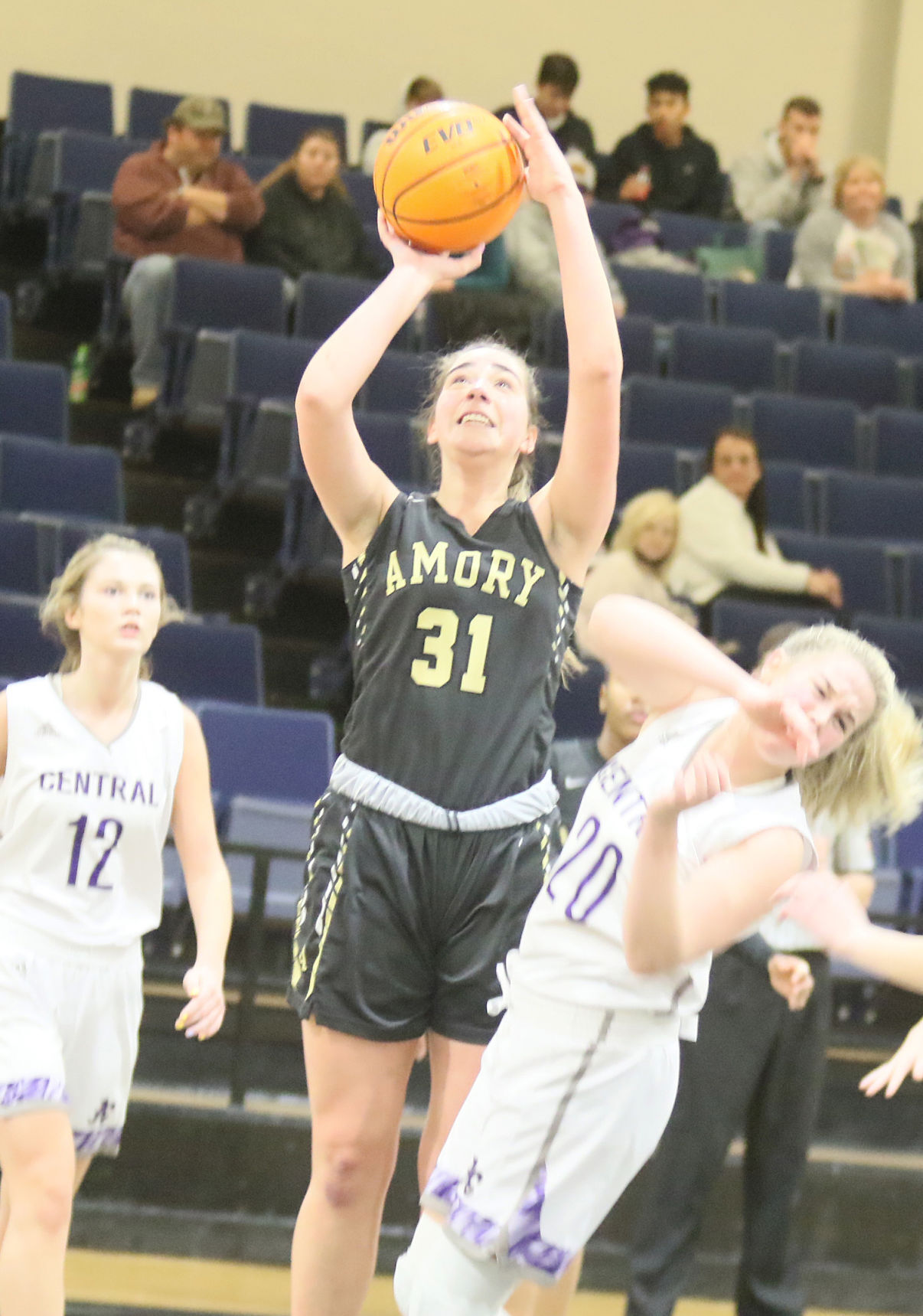 Amory's Jillian Cox gets ahead of the Alcorn Central for a basket on Friday afternoon.

Amory’s Malik White puts in a layup to close the third quarter against Belmont on Friday.

Amory’s Amaya Trimble runs the offense for the Lady Panthers against Booneville on Tuesday.

Amory's Jamerison Martin scored 19 points against Nettleton and 10 against Belmont during the division tournament.

Amory's Jatavia Smith was the leading scorer in all the Lady Panthers' first two games with 15 against Booneville and 23 against Belmont.

Amory's Drew Keeton drives to the basket against Belmont.

Amory's Jillian Cox gets ahead of the Alcorn Central for a basket on Friday afternoon.

BOONEVILLE – Both Amory basketball teams finished third in their division with the Lady Panthers picking up a pair of wins at the Division 1-3A tournament, and the Panthers rebounding from a loss to Nettleton in the semifinals to win Friday’s consolation game.

(B) Amory 51, Belmont 36: The Panthers got off to a strong start, leading 6-0 after baskets by Charleston Wallace and Jamerison Martin, and led by double figures much of the game but struggled with a slow second half.

“We got some good shots, but it was just a weird feel, a weird game,” Amory coach Brian Pearson said. “I told them going in that it’s one of two games left that’s guaranteed. I was proud of some things, but we definitely weren’t clicking for four quarters the way we would like to be.”

Malik White, Drew Keeton and Wallace helped Amory go up 15-2 in the first, and Amare Brown closed the quarter with a three-point play to make it 23-8.

C.D. Bolton drained a three early in the second, and Keeton and Martin each did later in the quarter to go up 40-20 before Belmont scored the final points of the quarter.

The two teams combined for just nine points in the third with Martin and White scoring for the Panthers to carry a 44-27 advantage into the fourth.

The Cardinals made it interesting, cutting it to 12 to open the quarter before Wallace had Amory’s answer. White’s putback started to widen the gap again, and Wallace sealed the deal with a late layup.

“They wanted to be playing later tonight, but it just didn’t happen,” Pearson said. “I’m glad that we didn’t come out completely flat and drop one, and maybe we can build on some positive things going into next week.”

Wallace had 12 points, while Martin and White were not far behind with 10 each.

(G) Amory 47, Alcorn Central 26: The Lady Panthers overcame a slow start, picking it up in the second half to roll to the easy win.

Jatavia Smith and Jillian Cox each scored in the first quarter, but the Lady Bears hit a three to come away with an 8-5 lead at the end of the period.

Amory trailed by as many as five in the second before a 12-0 run. Jayda Sims sparked it with a three-point play, then Amaya Trimble took a steal to the basket to tie the game. Emma Kate Wright’s putback gave the Lady Panthers the lead, and she and Smith each scored again to make it 19-12. Central put in the final basket to trail by five at 19-14 at the half.

The Lady Panthers gave up just three points in the third quarter and pushed the lead out to 31-17. Sims and Trimble started off the quarter with back-to-back steals and layups, and Trimble added another two buckets. Wright and Laney Howell each scored to keep the lead at double digits.

Ashanti Smith opened the fourth with a basket, and Howell completed the four-point play, sinking her free throw after getting fouled on her three-pointer to make it 37-17. Trimble scored again before the starters exited the game, and Sasha Burdine, Amarys Trimble and Ashanti Smith each had contributions off the bench.

Trimble with 10 points was the Lady Panthers’ only scorer in double figures.

Jayda Sims had all seven of Amory’s points in overtime as Belmont picked up a six-point lead and then was able to hold on for the win.

The Lady Cardinals led by just two at 15-13 at the end of the first quarter with Jatavia Smith’s eight early points keeping Amory close. Smith kept it going in the second with the Lady Panthers trailing by four at 26-22.

The Lady Panthers held Belmont to just six in the third quarter and tied the game at 32-all with Laney Howell hitting a three and Amaya Trimble and Smith also scoring in the quarter.

Amory led 44-41 with 11 seconds to go before Walker’s three sent them to overtime and then she scored 10 in the extra period to lead Belmont to the win.

Walker’s 25 points led all scorers but Smith wasn’t far behind with 23 for Amory.

(G) Amory 47, Alcorn Central 35: The Lady Panthers were able to push their lead out in the final two quarters to roll to the win and secure a playoff spot.

“We did a great job going without one of our starters who got injured last minute, something you can’t prepare for,” Amory coach Nathan Newell said. “I thought everybody as a group played together, and it’s a great time for us to gel together as a team and have everybody accept their role and do exactly what they need to do to be successful.”

Amory trailed early before Jillian Cox’s three tied the game and Laney Howell’s put them ahead. Howell followed that up with a basket to go up 10-5, and Emma Kate Wright hit the third three of the quarter to make it 13-8 before a late Booneville basket ended the first.

Amaya Trimble hit a pair from the line, then found Cox on the inbound pass for an easy layup. Howell’s four-point play made it 23-13, and Jayda Sims followed her with a basket. Booneville cut it to four twice, including to close the second.

Jatavia Smith sank a three coming out of the half, and Trimble put them up by nine. Smith and Cox led a quick 6-0 run to make it 38-26 before Booneville’s 5-0 run closed the quarter and cut it to seven.

Sims and Smith had free throws for Amory’s first points of the fourth, and Howell hit another shot for some breathing room. Wright made three of her four from the line down the stretch to seal it.

“Booneville shot it really well,” Newell said. “But we withstood all their runs and came back and made some runs of our own.”

Smith paced Amory with 15 points, while Howell had 11 points off the bench, nine of that in the first half.