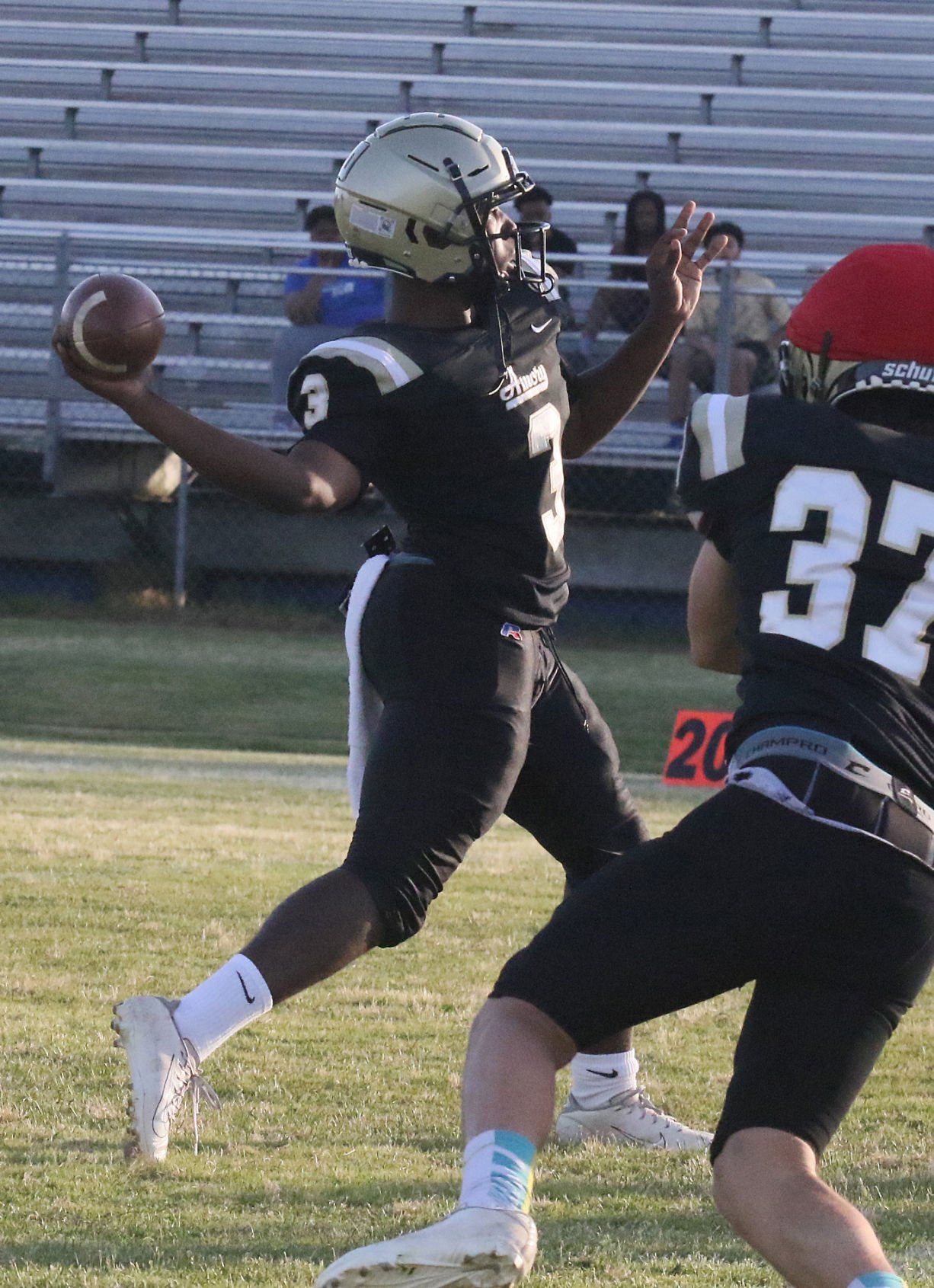 Amory's Jatarian Ware stepped into the quarterback role during the spring for the Panthers. 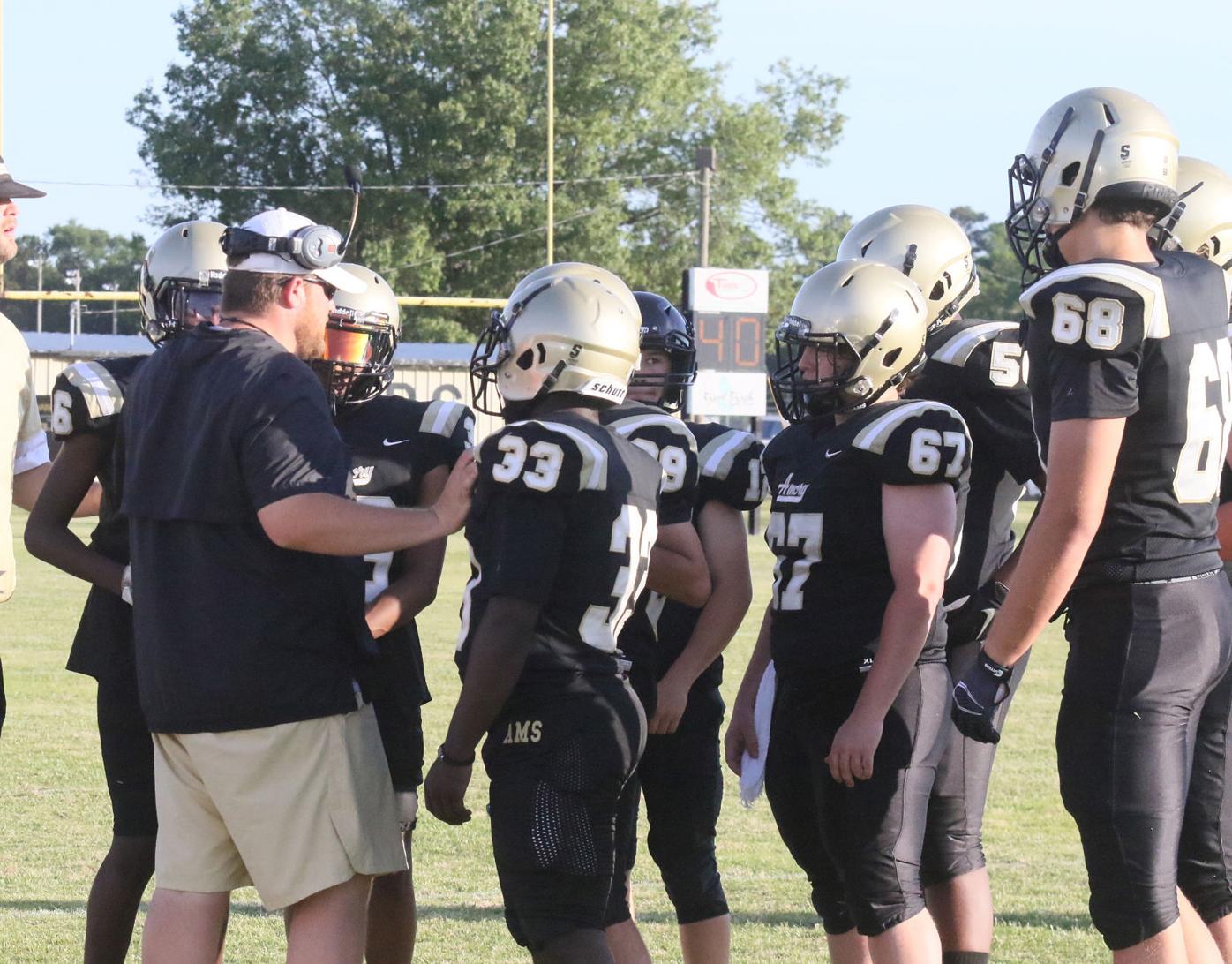 Amory football coach Brooks Dampeer talks with his players during the spring game on May 20. 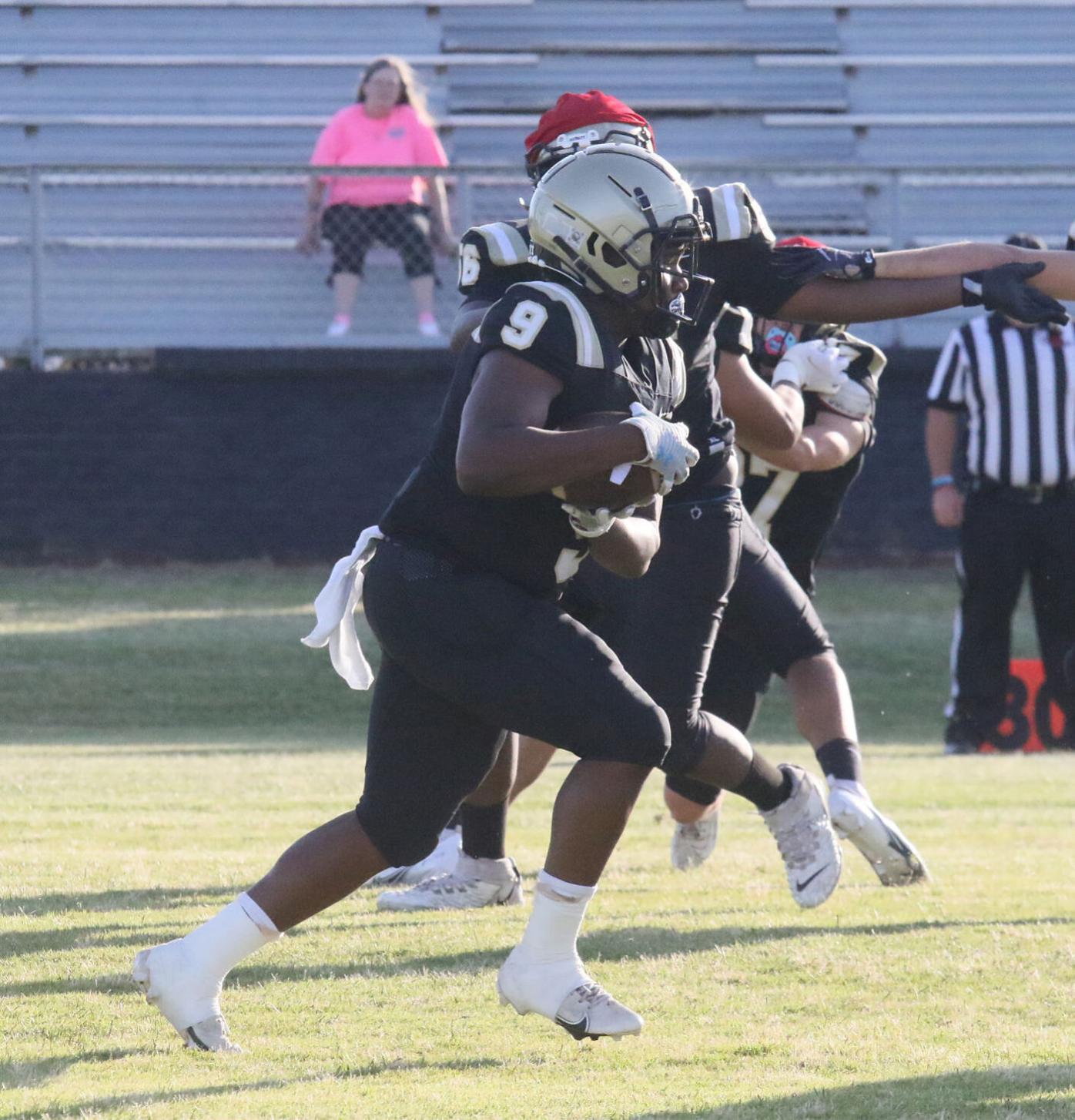 Amory running back Charleston French will be entering his third year as a starter. 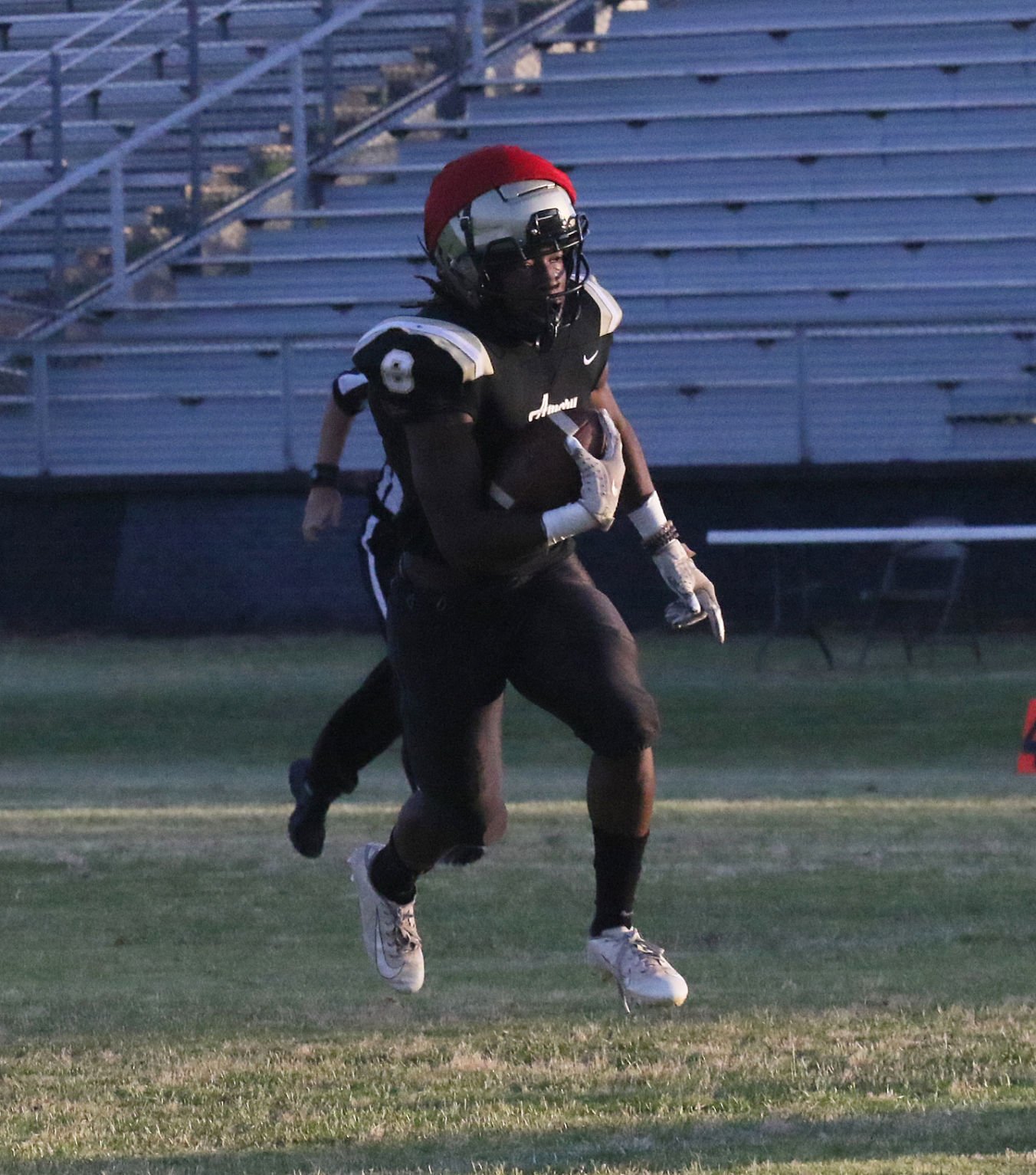 Amory defensive back Jaurquez Ivy returns a pick six during the spring game.

Amory's Jatarian Ware stepped into the quarterback role during the spring for the Panthers.

Amory football coach Brooks Dampeer talks with his players during the spring game on May 20.

Amory running back Charleston French will be entering his third year as a starter.

Amory defensive back Jaurquez Ivy returns a pick six during the spring game.

AMORY – New Amory football coach Brooks Dampeer hasn’t had his full squad yet, but he saw positive gains during spring practice, which culminated in a scrimmage on May 20.

“It’s been a great eight weeks, and everyone has been willing to help in every way possible,” Dampeer said. “We have parents and administration that have been really awesome. We got to spend three weeks on the field with our kids, and after couple of weeks of install, we had really good effort, from first day of practice to the last day with the scrimmage. We had some new guys asked to step up and be physical, and I think we grew as a team with our overalll physicality. I was impressed with the willingness of players to step up and play anywhere they were needed.”

The Panthers didn’t have their full squad with several spring sports going on, including the baseball team’s run to the North half finals.

“Our baseball team did really well, and we also had some guys running in the state track meet. We are definitely really proud of that,” Dampeer said. “We also had a couple of kids who were sick, but we didn’t let any of that stop us and kept rolling forward. I thought our staff and players adapted to what we had with spring sports scenarios and that guys did their jobs.”

One of the strengths during the spring was incoming junior Charleston French, who will be going into his third season starting at running back.

“He had a really good spring, which was the expectation for him. He did a lot of things for us, like when our quarterback’s helmet came off in the scrimmage, going out and catching the next snap,” Dampeer said. “He’s a guy who will do anything we need, and he ran the ball well. Knowing we would have that on the front end, we didn’t overload him this spring and tried to spread the ball around. People forget that in addition to losing a quarterback, we lost four receivers, so we’re finding guys who can get out there and block and catch the ball.”

With quarterback being one of the big questions Amory is still trying to answer, junior Jatarian Ware stepped into the role during spring practice.

“That’s something that had never been asked of him, but he did things efficiently and that allowed us to have a productive spring,” Dampeer said. “He missed a week, so he was constantly adjusting on the fly. I feel like we got after each other, both offensively and defensively, and for the schemes we had, kids got lined up and got to their assignments. They did it at a high speed and with a lot of effort.”

Dampeer said one of the goals in the early part of the summer will be getting his full team together, and the Panthers plan on being active with 7 on 7.

“We love that our athletic programs competed at a high level, and we want spring ball to be like this and then be one unit throughout the summer,” he said. “I think we will play a lot of 7 on 7 to get our guys some experience and figure things out like knowing who our go-to guy is on 3rd and 8. I think we have plenty of guys at Amory High School who are competitive, and it will be a process throughout the summer putting them in competitive situations.”

Pausing to reflect makes for a bittersweet exit

Amid craziness and conspiracy theories, always maintain your poker face

Local farmers markets gear up for the summer season