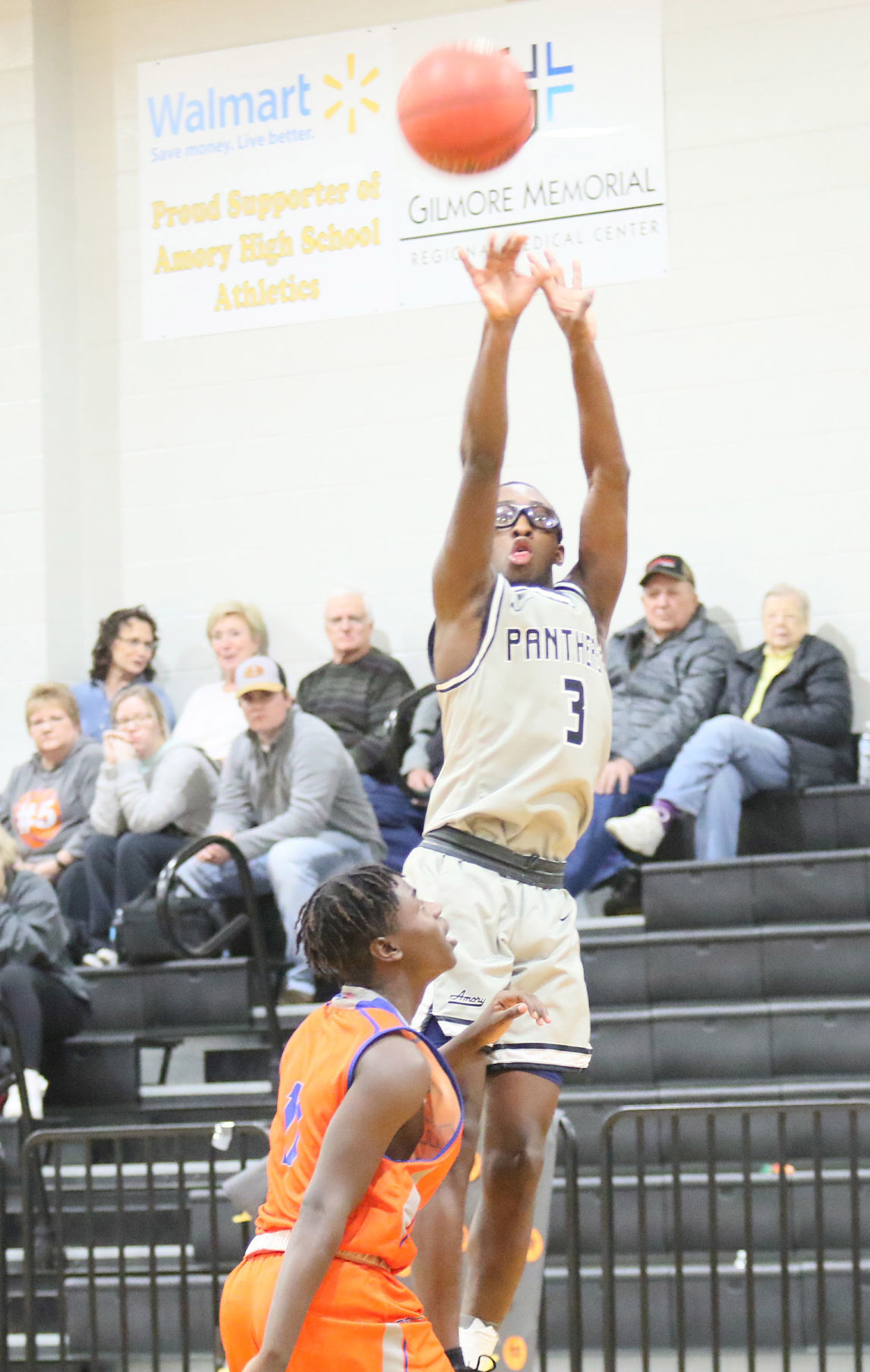 Amory’s Jamerison Martin shoots a three-pointer. Martin scored 15 of his 23 points in the second half against North Pontotoc. 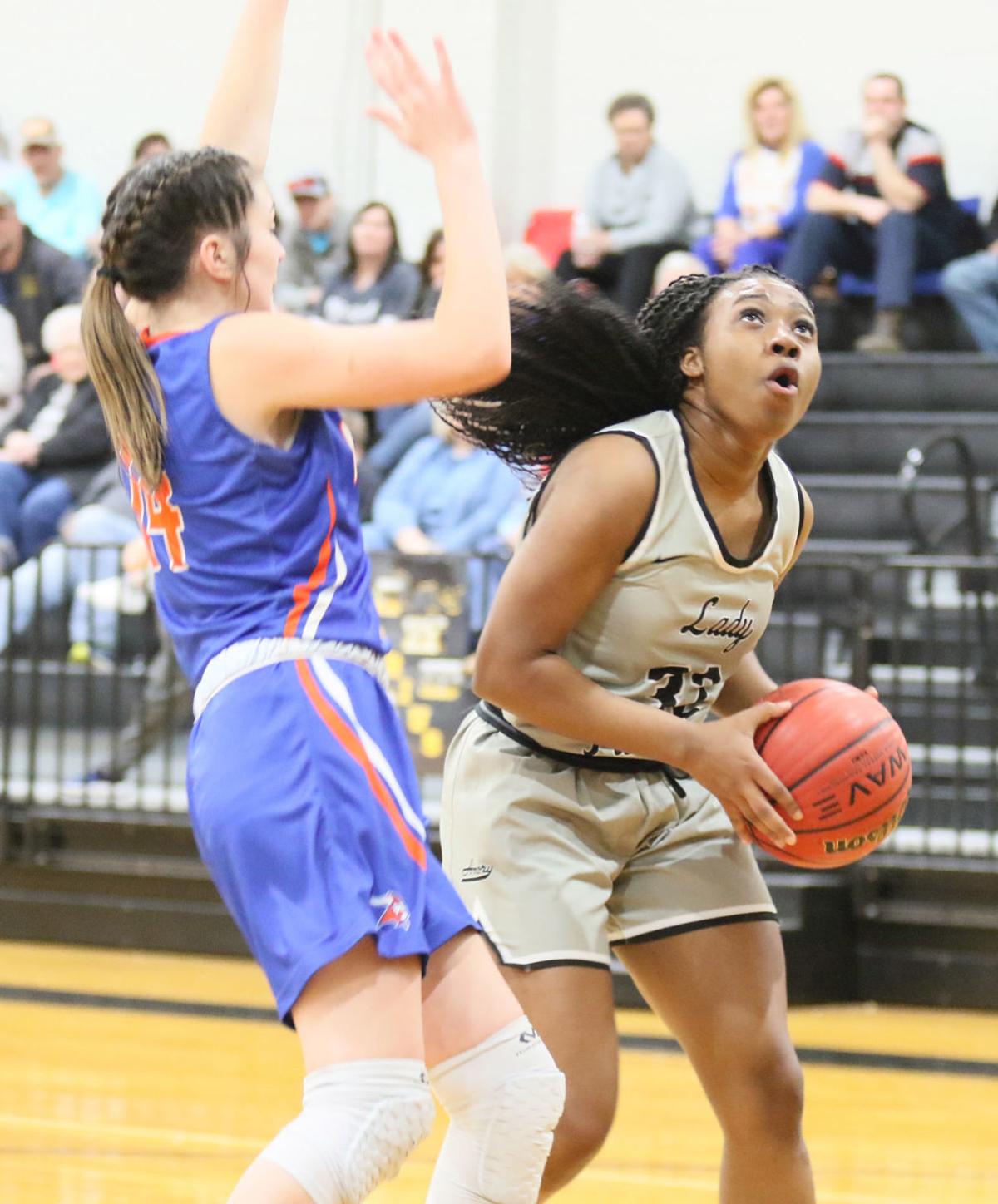 Amory’s Kimiya Parks goes up for a layup in the third quarter. Parks was one of three Lady Panthers in double figures with 12 points. 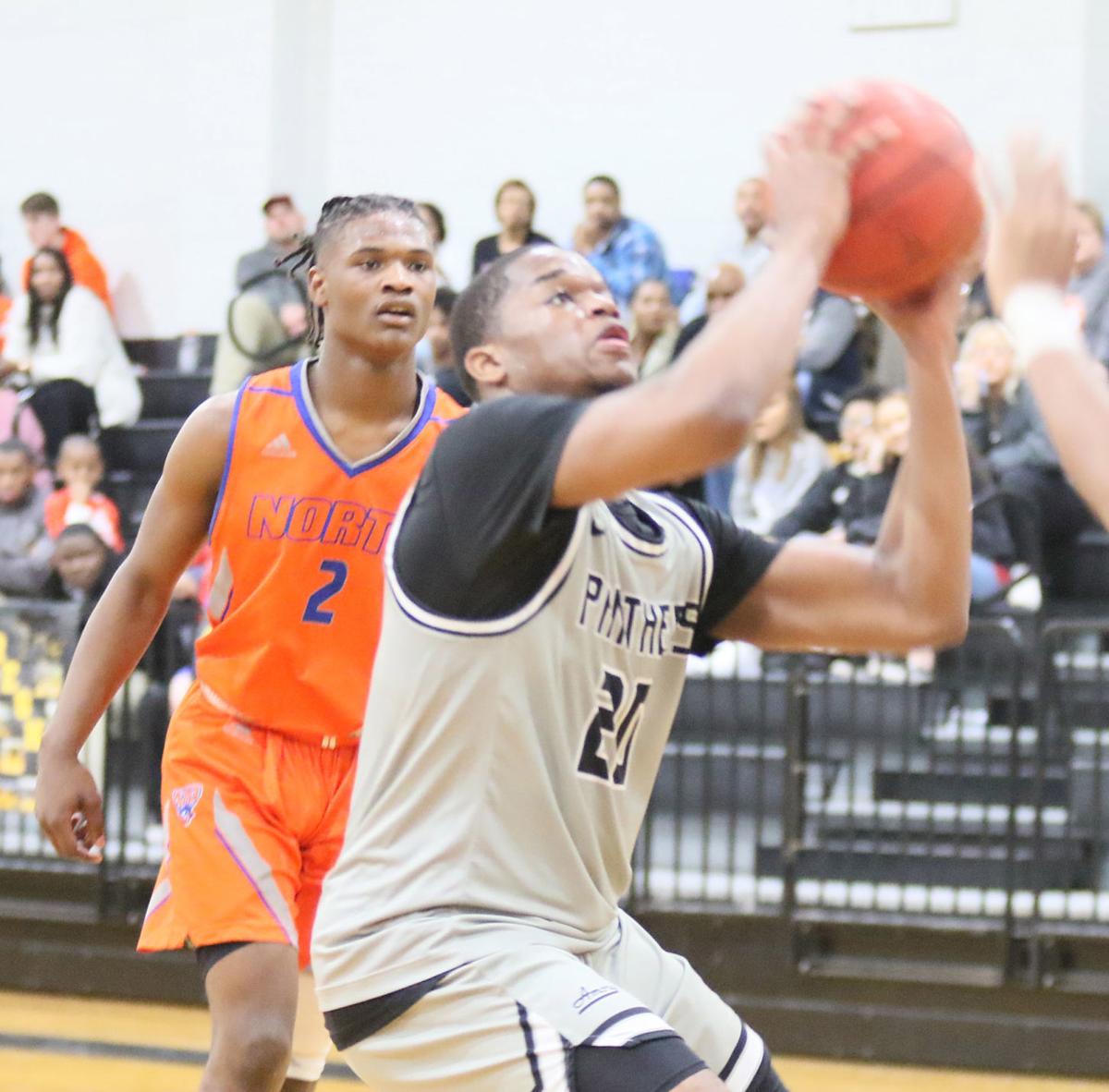 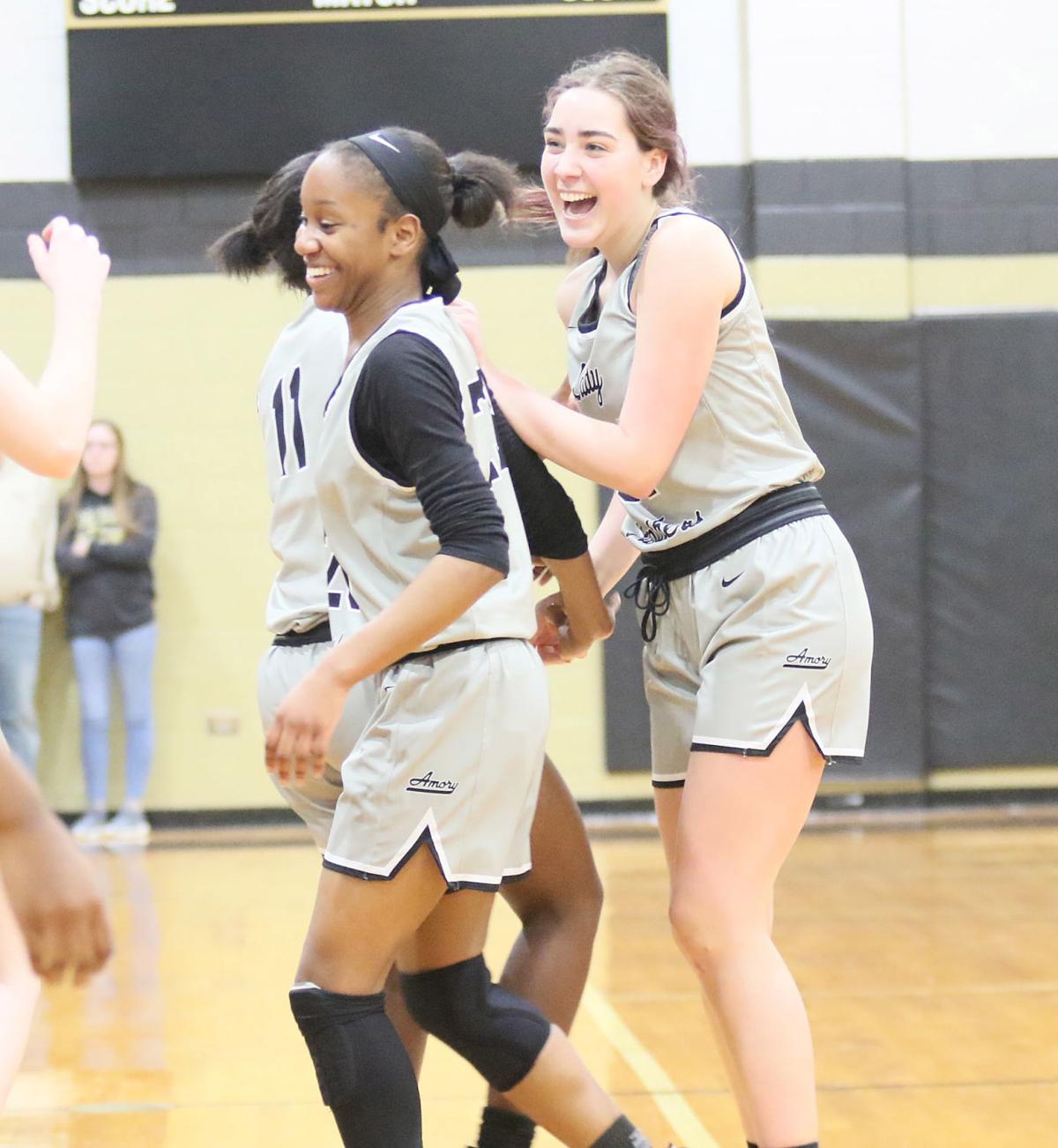 Amory's Jillian Cox celebrates with her teammates after sinking a three-pointer to end the third quarter.

Amory’s Jamerison Martin shoots a three-pointer. Martin scored 15 of his 23 points in the second half against North Pontotoc.

Amory’s Kimiya Parks goes up for a layup in the third quarter. Parks was one of three Lady Panthers in double figures with 12 points.

Amory's Jillian Cox celebrates with her teammates after sinking a three-pointer to end the third quarter.

AMORY – The Amory Panthers built up an early lead but never could put North Pontotoc away on Friday night, holding off a late comeback for the 77-72 win on Senior Night.

Senior Isaiah Thompson came out hot and got the Panthers off to their strong start, finishing with 24 points on his Senior Night.

“We knew coming into tonight that both of their groups were playing well, just looking at scores, very similar teams on both sides,” Amory coach Brian Pearson said. “Both have really good players on both groups, and I thought it was a good test, a good battle for us going into the division tournament. Obviously it helps to win, and I’m proud of the kids to fight and earn one tonight on both sides.”

Amory’s Isaiah Thompson traded a pair of early three-pointers with the Vikings, and Drew Keeton hit one that gave the Panthers another lead. North pushed back ahead, but Keeton, Thompson and Jamerison Martin all hit from downtown to go back on top. James Spratt pushed the advantage out to six before the Vikings cut it to 24-20 to end the first.

Gray Thornton gave Amory its largest lead of the second quarter at 38-31 as Martin, Malik White and Charleston Wallace also had scoring contributions. The Vikings once again scored the end the quarter, leaving the Panthers up 40-37 at the half.

Thompson scored first for Amory in the third, and Martin and Wallace were able to roll the lead out to as many as eight midway through the period. Martin’s three-point play stretched it to 10, but the Vikings ended the quarter with one of their own to make it 58-52.

North got on a run early in the fourth and cut it to as few as four before Thompson answered with a three. Treshon Hadley got open for a layup to make it 67-59, and Wallace extended the lead with a trey. James Spratt had four big points late in the fourth, but North was able to cut it to four after that and Thompson and Martin each hit one of their two free throws to seal the win.

Martin followed Thompson’s 24 points with 23 points of his own.

“Both teams definitely came out and shot the ball well,” Pearson said. “Isaiah hit some big ones, and it’s fun to see him get going early. Jamerison just being a hard matchup down the stretch opened some things up for some other guys, and they stepped up and made some shots. We had a stretch there where they gave us some open shots that we just missed, and we struggled with the free throws late. I tell them all the time can we still learn lessons while winning, and hopefully that’s what we’re doing because this is the last one that doesn’t cost us. The rest here on out do whether it’s a seeding or it’s to end your season.”

The Lady Panthers were able to open their lead out to double digits in the second quarter and cruise to the win in the second half.

Amaya Trimble and Kimiya Parks were able to open up a 10-2 lead in the first quarter before a late North Pontotoc basket.

Jatavia Smith opened the second with a bucket, and Jhalia Small pushed the lead to double digits. Jillian Cox put in five points, including a three to get up 24-8 before North found some scoring success late in the quarter. Trimble closed the first half with a layup to make it 28-13.

Small and Parks combined for an 8-0 run to open the third to stretch it to 36-13 before North broke the drought at the 4:27 mark. Cox drained three at the buzzer to end the third quarter as the Lady Panthers held a 47-22 advantage.

Small and Trimble combined to score all six points in the fourth quarter.

“We hated that Jhalia got in foul trouble and had to sit a little bit on Senior Night, but I thought she did a good job and we did a good job of looking for her. She was very effective,” Pearson said. “I told both groups that we’re 0-0 going into next week, and what we did in the past doesn’t matter. We have to be ready to play, fight and try put ourselves in a position to make a run as long as we can.”

Small led the way with 14 points, followed by 13 from Trimble and 12 points from Parks.