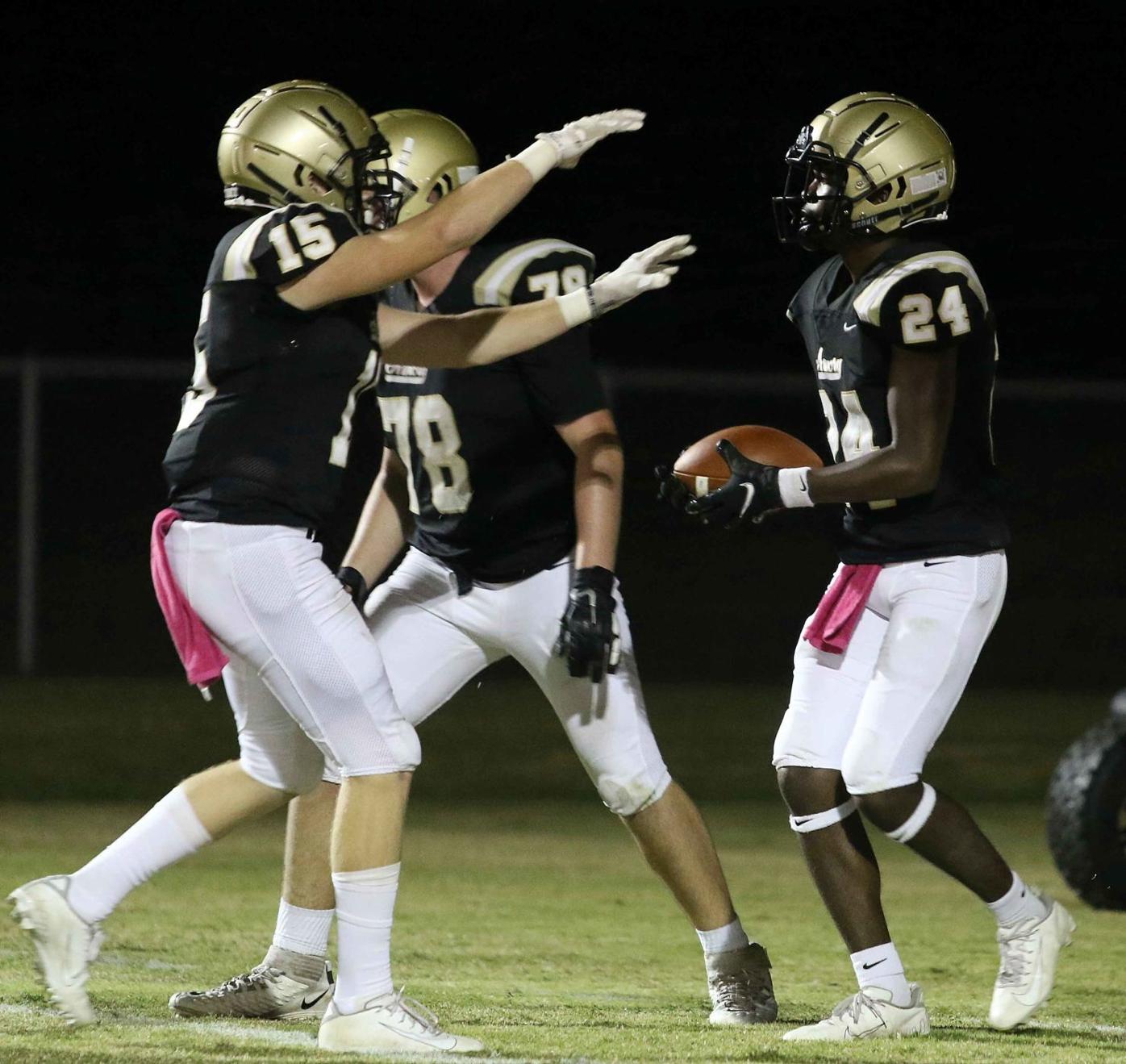 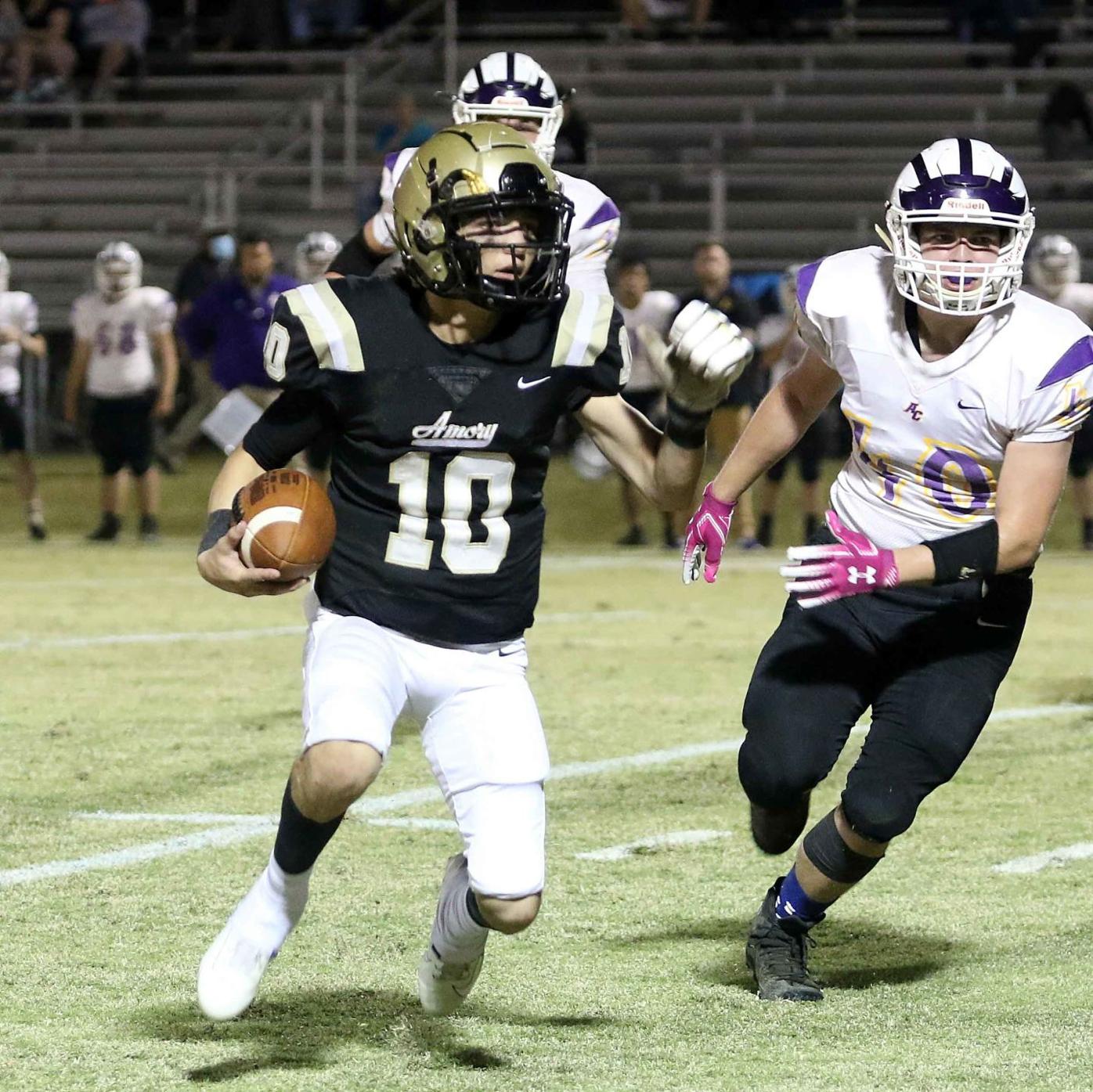 Amory quaerterback Hunter Jones accounted for four touchdowns and was 12 of 15 passing for 227 yards. 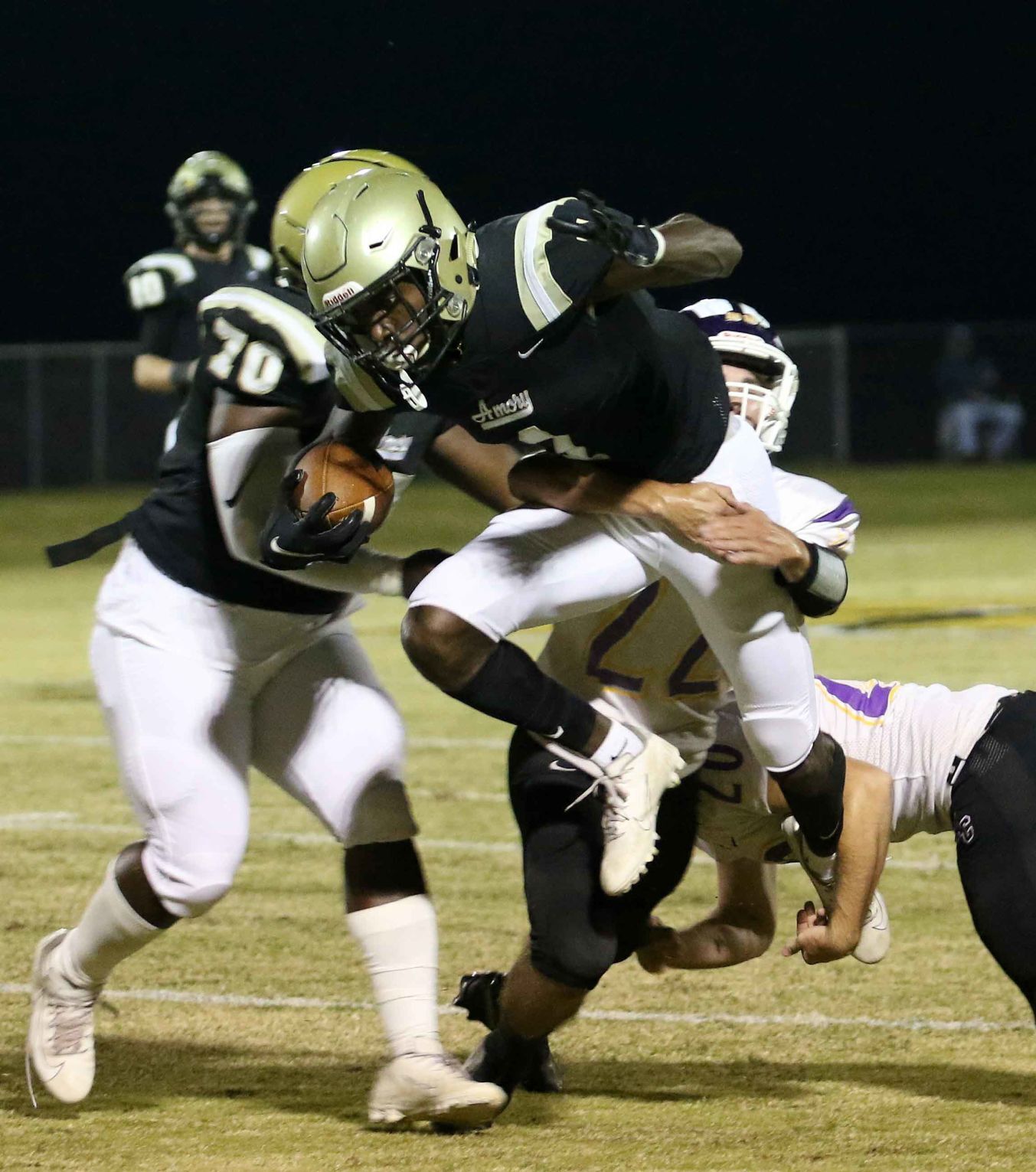 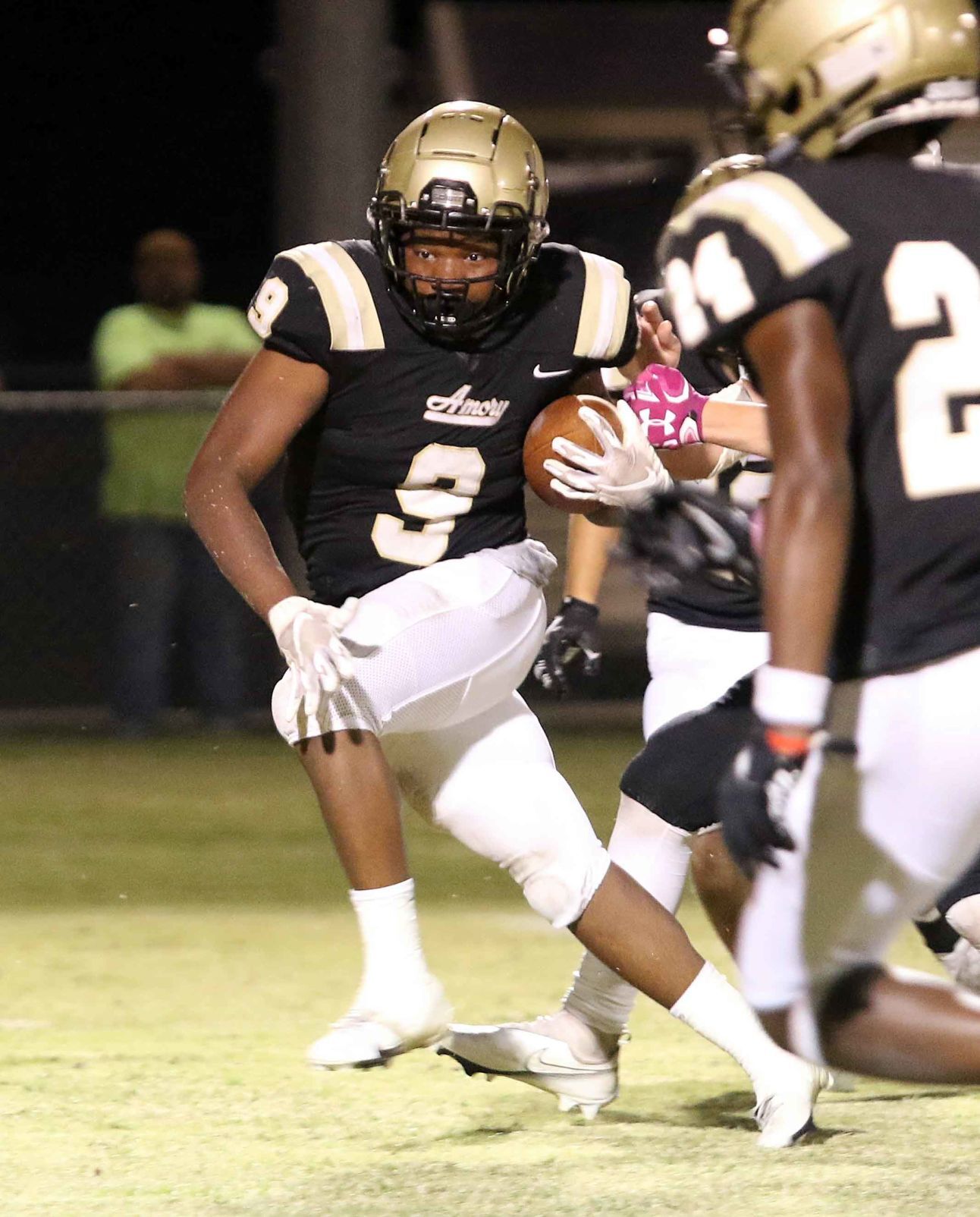 Amory running back Charleston French had a pair of touchdown runs against Alcorn Central.

Amory quaerterback Hunter Jones accounted for four touchdowns and was 12 of 15 passing for 227 yards.

Amory running back Charleston French had a pair of touchdown runs against Alcorn Central.

AMORY – It was a big homecoming night for Hunter Jones and the Amory Panthers’ offense. The senior quarterback threw for three touchdowns and ran for a fourth as the Panthers got the 48-0 shutout Division 1-3A win over Alcorn Central on Thursday night.

“Hunter’s the straw that stirs the drink for us,” Amory coach Allen Glenn said. “He threw a pick tonight, but overall, I thought he played well and I’m excited to see what he’s got going forward.”

Braxton Griffin took the opening kickoff to the Central 49-yard line, and Jones’ first two passes found Corbin Gillentine and T.J. Parks, but a penalty in the red zone set the Panthers back and an incomplete pass turned the ball over on downs. The defense managed to find their groove early, with James Conner’s force out of bounds forcing a punt.

Amory’s offense got things going with a Charleston French carry. A Jones pass to Will McComb got the Panthers to just past midfield, and they scored on the next play with Jones hooking up with Jay Hampton for the touchdown. Bryn Camp’s extra point gave Amory a 7-0 lead.

The defense kept up thanks to solid play from Conner and T.J. Huppert and forced a third and long with Walker Maranto’s pass breakup forcing the punt.

On the first play after the punt, Isaiah Brownlee took it to the house, but the touchdown was called back on a hold. A Jones pass to Bo Rock set up the Panthers near midfield. Brownlee’s running got the ball down to the 32-yard line, but that drive ended on an interception. The defense got another three and out with Huppert’s tackle forcing the punt.

Amory’s offense got the ball at midfield after the punt and runs by Jones and French put the ball at the 18-yard line. The drive nearly stalled there, but on fourth and one, Jones took it in himself for the touchdown. He was hit out of bounds and drew the flag.

After the extra point, the onside kick was recovered by John Isaac Wallace, and it only took one play for the Panthers to score as Jay Hampton snagged a Jones pass for his second touchdown of the night and the second touchdown in ten seconds.

“We’ve got great chemistry,” Jones said of Hampton. “I just throw it up, and he goes and gets it. He’s a really good athlete.”

The Golden Bears started to get going, but that ended with a fumble recovered by Nathaniel Walker. A bad snap put the offense in a deep hole, but a Rodrigo Jones tackle and an incompletion on the next possession forced another punt from Central.

Braxton Griffin took it to the house on the return, and the kick by Camp put the Panthers up 28-0. A big tackle by Sam Smaglick forced defensive stop, and the offense got to the 30-yard line before the first half ended.

The second half began with another three and out by the Amory defense thanks to a Wallace sack. Maranto’s return set the offense up at Central’s 3-yard line, and two plays later, French ran it in for the touchdown. Camp’s extra point was blocked to keep the score at 34-0, but he showed off his defensive skills on the kickoff, pushing the return man out near their 40-yard line.

Reece Cantrell’s tackle forced another punt that was fielded by Griffin, who took it to the end zone, but penalties wiped it off the board.

A French carry took the ball to the 9-yard line, and a few plays later, Jones threw his third touchdown pass of the night, finding Parks in the end zone for a 41-0 lead.

The Golden Bears crossed midfield on their next drive, but Jatavian Ward came up with the pick. Bryce Glenn came on at quarterback and fed French on five straight carries with the final one being a 28-yard touchdown. Cayden Smith hit the extra point for the final score of 48-0.

Ward and Jakobey Copé put a lick on the returner on the return, but the Golden Bears took the ball inside the red zone. The defense came up big in the dying seconds with a pass breakup by Justin Stringfield and an interception by Elijah Spratt to end the game.

The Panthers (5-1) host undefeated Nettleton next Friday night in a game with big Division 1-3A implications.